New York Socialist
@berniebromanny
The NYPD is using a bus to transfer arrested protesters at the Barclays Center. However the bus driver refused to drive it. 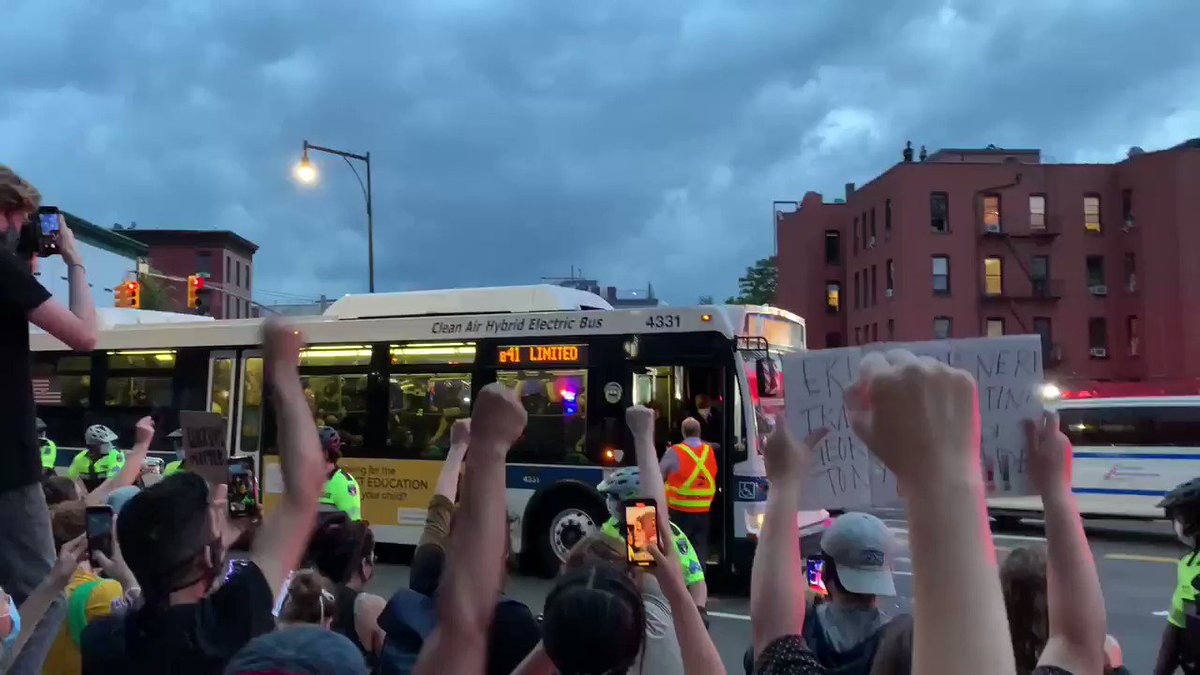