@harrylitman
Alex Jones now saying the trial was rigged. So much for his contrition about lying about the shooting.
06 Aug, 04:38 PM UTC

CALL TO ACTIVISM
@CalltoActivism
Donald Trump’s lies are no less harmful than Alex Jones.’ I hope the Capitol police take Trump for everything he’s worth next.
06 Aug, 02:42 PM UTC

@NickAdamsinUSA
If Alex Jones has to pay $45 million for spreading fake news, I can't wait to see what CNN ends up having to pay Kyle Rittenhouse.
06 Aug, 02:02 PM UTC

Jo 🌻
@JoJoFromJerz
If you’re dumb enough and gullible enough and hateful enough to send your money to Alex Jones, you deserve to be fleeced.
06 Aug, 08:44 PM UTC

Jo 🌻
@JoJoFromJerz
Good morning and happy Saturday to everyone who agrees that Alex Jones needs to be taken for every last penny in his f’ng possession.
06 Aug, 02:14 PM UTC

Pamela Hensley
@PamelaHensley22
If Alex Jones has to pay out $45 million, how much should CNN pay out to President Trump for their lies and slander about him?
06 Aug, 07:56 PM UTC

Dash Dobrofsky
@DashDobrofsky
Not a single Republican has condemned Alex Jones for calling Sandy Hook a “hoax.” This means every Republican believes Sandy Hook was a hoax. In fact, they got #AlexJonesWasRight to start trending — and are spreading more disinformation. They should all be sued for defamation.
06 Aug, 04:35 PM UTC

@jeremynewberger
Think of all the notable people who supported/support Alex Jones, knowing how reckless and cruel he was to Sandy Hook parents. Trump, Rogan, MTG, JD Vance, Stone, and on and on. All disgraces.
07 Aug, 02:54 AM UTC 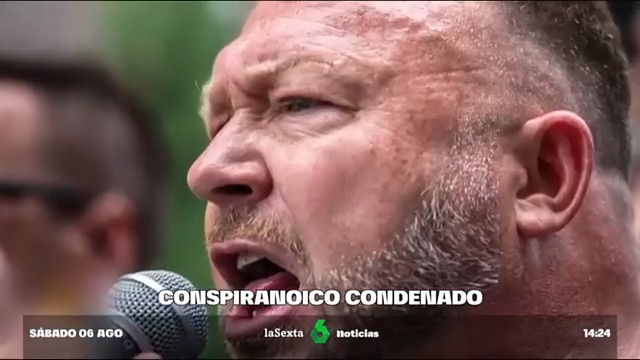 @WendyRogersAZ
It’s wrong what they did to Alex Jones. He should be able to criticize the official story any time he wants. I hope he appeals the verdicts because the kangaroo courts already made him guilty before the trials started. Americans should help cover his bills. Sick of censorship!
06 Aug, 02:14 PM UTC 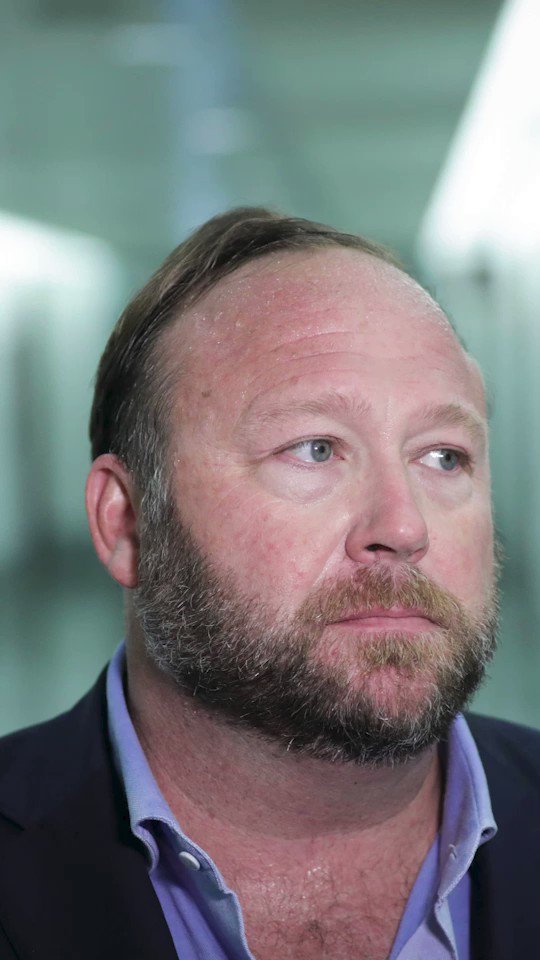 @TaraSetmayer
“Alex Jones is the scum of the Earth and I hope the jury bankrupts him to Hell where he belongs…” My comments on @DeadlineWH before the punitive $45mil in damages were announced. I said what I said! 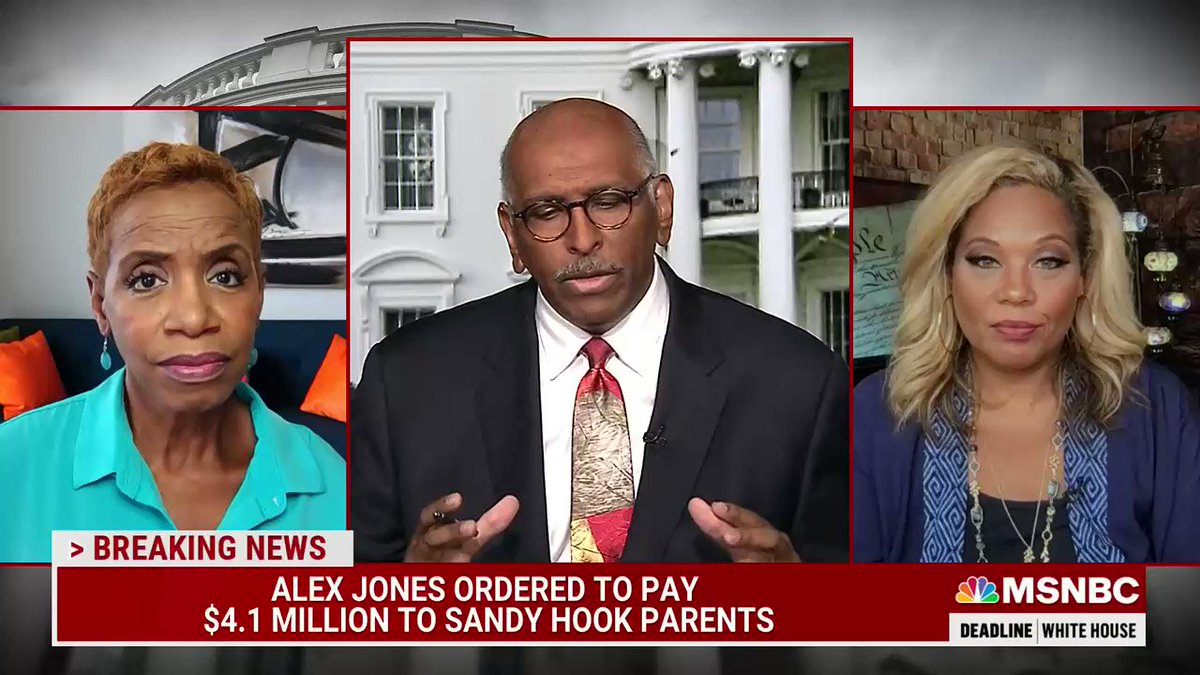 @jeremynewberger
This week we saw that when Alex Jones is on his own show he is an all powerful confident manly man, eating enemies for breakfast. Yet when he is in court, he is a sweaty sputtering sad loser, who preys on people with deep pain and suffering, and is terrified of being found out.
06 Aug, 06:28 PM UTC

Ron Filipkowski 🇺🇦
@RonFilipkowski
In his first statement since the last verdict, Alex Jones reveals there was a naked picture of his wife turned over inadvertently, but “no dick pics.” https://t.co/ybgl0XxzT3
06 Aug, 11:44 PM UTC

@ElijahSchaffer
EXCLUSIVE: Alex Jones TELLS-ALL after the Sandy Hook trial ended w/ the judge ordering he pay over $40 million to the victims He says not even "$4 million is coming in because it's not there" "I don't have that money" WATCH THE FULL INTERVIEW: https://t.co/mH9Qf8ZEU1 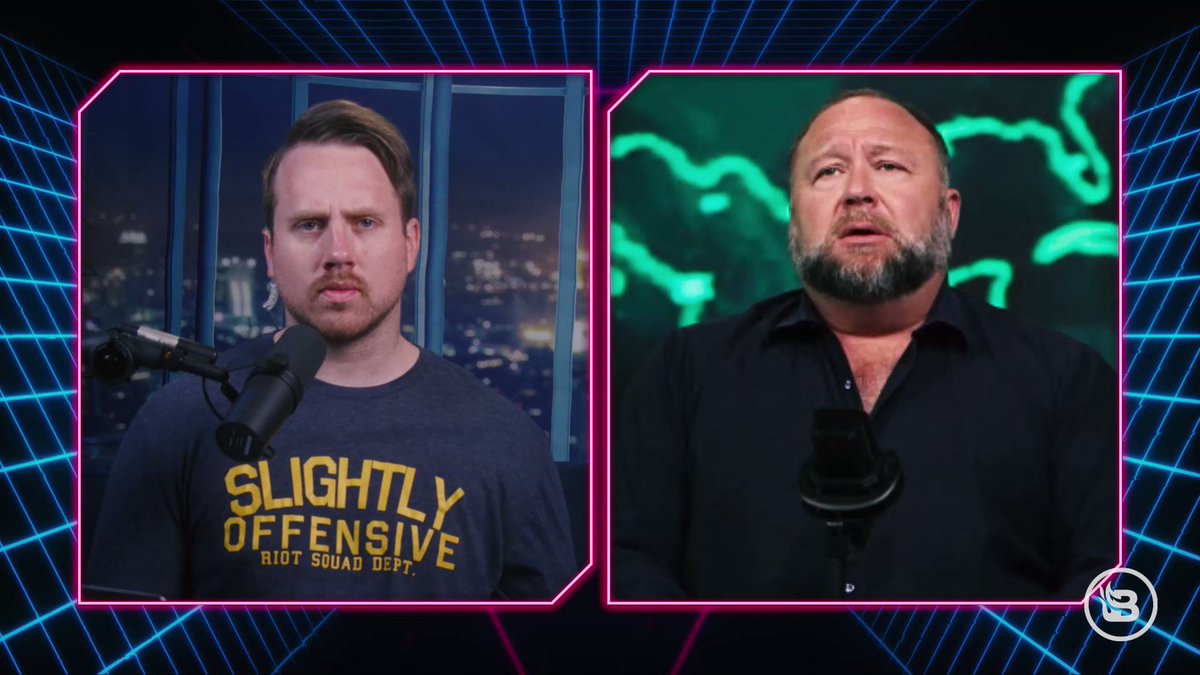 Don Lewis
@DonLew87
Judge Maya Guerra Gamble. The name of the judge in the Alex Jones case. Judge Gamble does not suffer fools. This did not work out well for Alex.
07 Aug, 12:42 PM UTC

TheRealOne
@RealOnezzz_
First they came for Alex Jones lies, now they will come for the My Pillow Lindell Lies and Defamation! Free Speech does not mean Free of Consequences! https://t.co/tOPUC9UkMe
06 Aug, 08:01 PM UTC

🌻🦋💙Alex💙🦋🌻
@AlexButterfly01
Brett Kavanaugh. Kyle Rittenhouse. Alex Jones. This is what Republicans have to offer. Looks like they might all be related. Another thing. As evil & vile as Jones is, unlike Rittenhouse, he didn't murder two people by age 17 so imagine Rittenhouse in a few years. #MAGAMORONS https://t.co/hFtn9yikBR
07 Aug, 04:19 AM UTC

🔥Reverend Dr. Aiden
@SweetFnLucifer
My third attempt at breaking the news, but there isn't really an easy way of saying it. Lawyers have text messages of Alex Jones & Roger Stone getting intimate. Process this information now & prepare. Don't let Batshit Brokeback sneak up on you and extinguish your will to live.
07 Aug, 09:59 AM UTC

Kelly Jones
@RealKellyJones
https://t.co/rMPVntj9Mi In case you missed this during the Alex Jones Infowars Trial:
07 Aug, 11:51 AM UTC

BigBlueWaveUSA 2022 Register 1 new voter today!
@BigBlueWaveUSA
THIS is the lawyer that just destroyed Alex Jones in court to the tune of $45M+… referring to InfoWars as a “corpse” to be divided up. And he’s just getting started. It’s the “end of the beginning.” Alex Jones is FINALLY going to pay for his evil. https://t.co/FetxxOx34Y
07 Aug, 04:16 AM UTC