heathen king
@heathen_king
BRASSO slapping the shit out of some imperials *with a brick made of Maarva* Andor* is the absolute pinnacle of Star Wars, no question. #Andor https://t.co/tkDZqEWTav
23 Nov, 11:42 PM UTC

The Templin Institute
@TemplinEdu
One of the most brilliant things #Andor did was making Ferrix more than just another backwater planet that our main character wants to get away from. Ferrix has its own traditions, culture and history. There's a palpable sense of community. Its people are proud to live there. https://t.co/pGbAEmLq8a
23 Nov, 07:05 PM UTC

@AlishaGrauso
Every week I watch #Andor and there's a part at the back of my brain that wonders how many hard right-wingers watch it and don't realize they're the Empire.
24 Nov, 04:03 AM UTC

The Star Wars Underworld
@TheSWU
Me Watching Me Realizing The #Andor I Have To Wait Finale: 2 Years For The Next Season: https://t.co/zcWaQKEmvm
24 Nov, 12:20 AM UTC

Mace#AndorWindu
@MaceAhWindu
It was incredibly satisfying to watch fascists look absolutely terrified in the face of the people they’re oppressing. Because that’s what they are: Scared. always scared. It’s why they’re so brutal and unforgiving. They know that if the people rise up, they’re done. #Andor https://t.co/IrTxY7Cd9w
24 Nov, 01:53 PM UTC

guy online
@fellawhomstdve
Disney fucked up big time. You can’t give us Andor and then expect us to go back to accepting the Jon Favreau Action Figure Hour.
24 Nov, 04:57 PM UTC

Andor News
@newsandor
“It’s no secret, I’ve said it a million times, the last episode of our show, we’ll walk [Cassian] across the tarmac into the ship on his way to the Ring of Kafrene to go begin the movie. So we’re going to have to be there, we’re gonna have to be in Yavin [+] #Andor https://t.co/kp46ru0S6F
24 Nov, 01:42 PM UTC

Star Wars Takes
@StarWarsTake
Just watched the #Andor finale. What a phenomenal season of television. Every episode mattered. As the credits rolled, I sat back and just took the story in again with Nicholas Britell’s music. Tony Gilroy and his team crafted a modern Star Wars masterpiece with this show. https://t.co/5ycrfrhCKo
24 Nov, 05:15 AM UTC

Lyra, Esq., is NOT DAREDEVIL
@PinkRangerLB
Another trans rights nerd post but 15 years ago reactionaries didn’t need laws and state action to keep trans people closeted and afraid. Now the right wing sphere is out of its mind about the threat we pose to their hateful beliefs. To quote Cassian Andor, “power doesn’t panic.”
23 Nov, 10:12 PM UTC

Star Wars | Andor & Tales of the Jedi On Disney+

@starwars
This year, we’re thankful for these Easter eggs from Luthen’s gallery. All episodes of #Andor are now streaming only on @DisneyPlus https://t.co/ftjeNKrllU 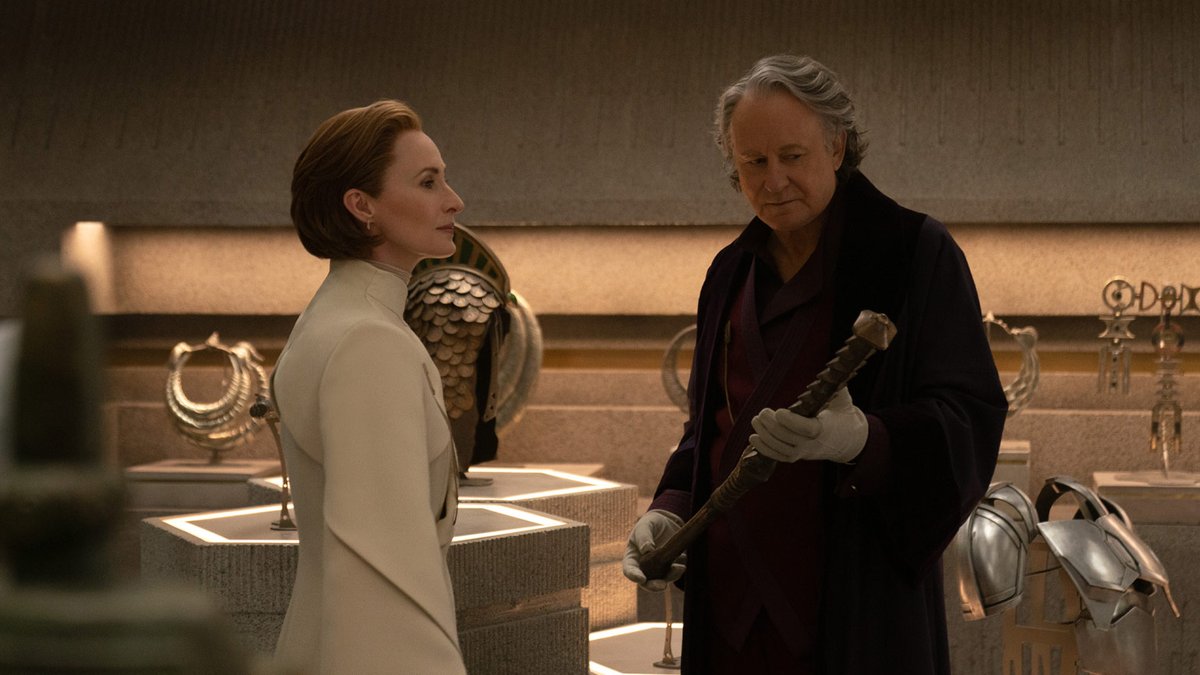 dongwon 송동원
@dongwon
the thing I love about Andor is it dragged the deeply appropriative and misapprehended "eastern" philosophy of the Jedi out behind the woodshed and replaced it with mutual aid, respect for people's traditions and culture, and a faith in the importance of small acts of resistance.
24 Nov, 03:49 PM UTC

X-Wings & History
@XWnHIST
Amazing that #Andor , a thing as devoid of Jedi and the Force as Star Wars has ever been, ends up perfectly summarizing why the Empire is repugnant to the Jedi's moral calculation of the universe.
24 Nov, 01:45 PM UTC

Jessie Earl
@jessiegender
Watched the Star Wars Andor finale; and THIS SHOW IS SO PERFECT. A brilliant call to stand against facism, and reminding us that those who use authoritarianism to pretend they have power are waek. True strength comes from community and solidarity with each other. ONE WAY OUT! https://t.co/uNr2dwIZAB
24 Nov, 06:30 AM UTC

Noah
@keldorjedii
I think I speak for the whole fandom when I say we all felt like Dak after watching the #Andor finale. https://t.co/Pe8EHKkPLt
24 Nov, 02:02 PM UTC

Charmaine 詩敏 Chan
@charmainesmchan
🧵1/5: Now with #Andor S1 wrapped, I wanted to breakdown how grateful I am to be part of the creative process, specifically the multiple times I luckily worked on Death Star related shots. And it got me thinking about the generational aspect of visual effects. https://t.co/lUJHFTKJ5e
24 Nov, 10:18 AM UTC

MovieJunkie401 🍿
@MovieJunkie401
The #Andor finale was absolute perfection. Every episode this season built up the tension and emotion of the rebellion and it all lead up to a masterpiece ending The post credit scene is epic and makes the events of Rogue One even more tragic 🥲 Thats how you end a season! https://t.co/lWPBPqkbhm
24 Nov, 03:04 AM UTC

Stephen I. Wright
@stepheniwright
We are hiring! Faculty position in Organismal Ecology/Evolution, come join a highly interactive and collaborative group in an awesome city @eebtoronto https://t.co/8urBVg8EqU
24 Nov, 03:36 AM UTC 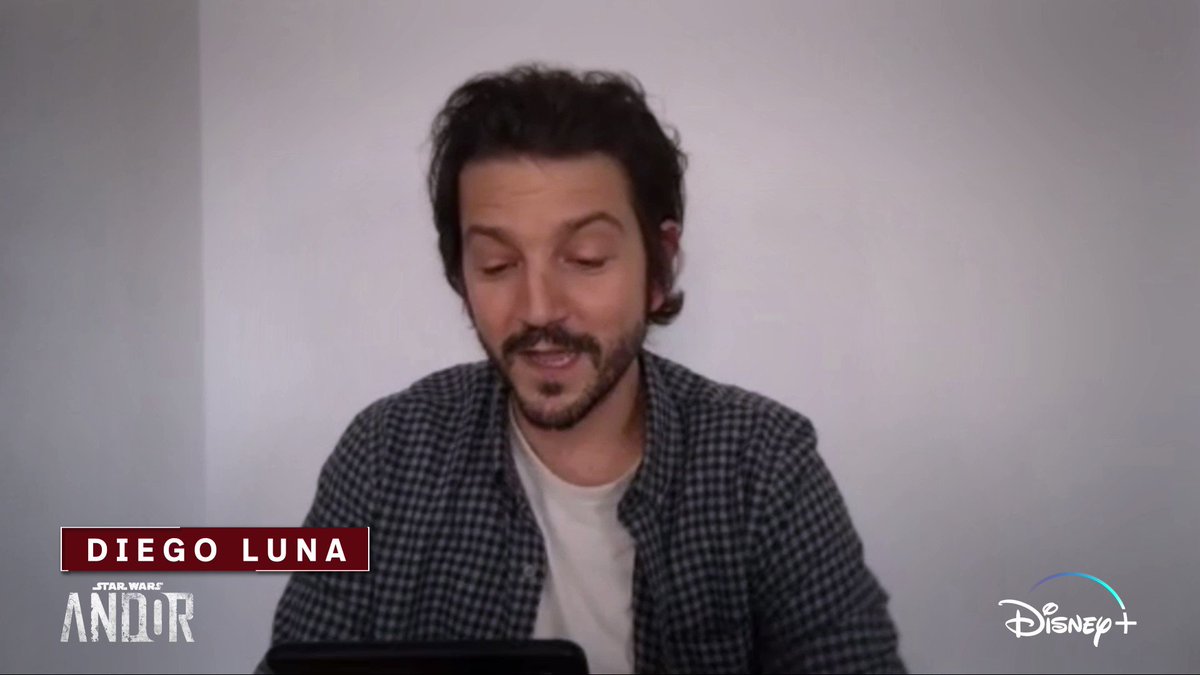