Jennifer Crow🌻
@JenMichelleCrow
I got an automated call from the pharmacy that my refill of methotrexate was denied. It treats my autoimmune disease. It can also be used as an abortifacient drug. I don’t have a uterus but #AbortionBan affect me too.
02 Jul, 08:17 PM UTC

@jadedcreative
Even if I didn’t like Biden, I’d still be voting Democrat because nothing is worse than the Republican future.
02 Jul, 06:34 PM UTC

@RBReich
The struggle of our time isn’t Left versus Right, Democrats versus Republicans. It’s about democracy versus authoritarianism.
02 Jul, 10:05 PM UTC

@davidhogg111
Congratulations to @GabbyGiffords on being awarded the well deserved Presidential Medal of Freedom. I always wish we got to know each other under better circumstances but am happy to be in the movement for peace with you. Thank you for always being an example of a true leader. 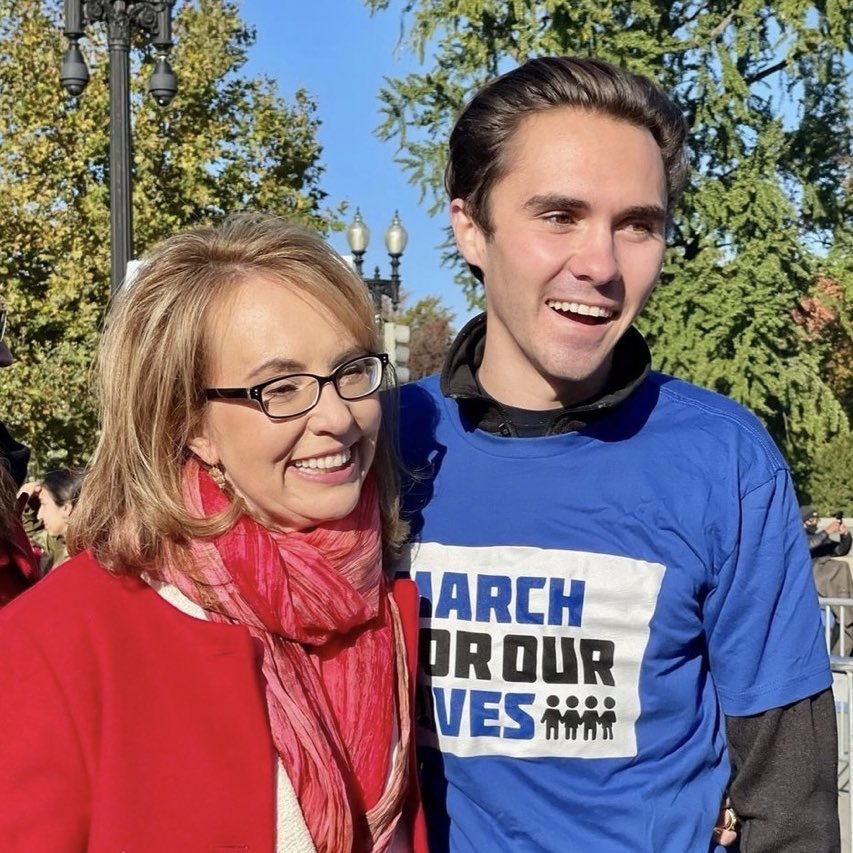 Mortimer Snurd
@MortimerSnurd1
Republicans said they would eliminate Roe and we were all surprised when they actually did. Now they want to eliminate Social Security and Medicare. We need to believe them this time.
02 Jul, 06:11 PM UTC

@AshaRangappa_
It just occurred to me that when Pence refused to get into the USSS car, he must have been terrified for his life and unsure of whom to trust. He was hearing people chanting that he should be hanged…you have to wonder what he feared was in store for him if he got in the car
03 Jul, 01:49 AM UTC

@TamieUSCongress
My opponent Republican Jim Jordan supports Donald Trump over his Ohio constituents. Help me beat him! Please retweet, help us get to 25K followers and join our fight to beat Jim Jordan.
03 Jul, 01:08 AM UTC

THE SAD TRUTH
@SmnWeekly
JUST IN: New Evidence Shows Jim Jordan Was A Key Player In The Jan. 6 Conspiracy, ‘Complicit in Everything’ “Jim Jordan was innocent of nothing and complicit in everything that transpired that day.”
03 Jul, 01:28 AM UTC

@pelleggi2
@pelleggi2
My patient just asked me if we can detect fetal heart beat at 6 wks like the abortion law says . No. We see electrical impulses but it’s not a heart beat since the fetus at six weeks has no heart valves. The sound is artificially generated by US. The law is medically incorrect.
03 Jul, 02:43 AM UTC

@McFaul
If you are an American, you should under no circumstances travel to Russia right now or do business in Russia right now. If you do, you are taking big risks for your personal safety and your company.
03 Jul, 04:49 AM UTC

Kelly D
@KellDA
How about we make rape a life sentence without parole FOR THE RAPIST and not the victim
02 Jul, 03:29 PM UTC

@AshaRangappa_
I’m thinking if this because of Ornato’s deposition testimony to the Committee that he was uninformed/misinformed about the VP’s location. He was the guy in charge!! Either he was incompetent (unlikely) or someone simply didn’t trust him to know (or…he’s lying)
03 Jul, 01:51 AM UTC

Jo 🌻
@JoJoFromJerz
So the Neo-Nazi cult Patriot Front is so proud of what they’re doing in their matching khakis & polos that they’re shielding their identities with masks? Sounds more like the Pussy Front to me. *apologies to pussies https://t.co/Q1nPv6ScVj
02 Jul, 09:20 PM UTC

Andrew Wortman 🏳️‍🌈🇺🇸
@AmoneyResists
Stop trying to be bipartisan and fight fire with fire. There’s no fucking middle ground between democracy and fascism.
03 Jul, 12:23 AM UTC

Africa Facts Zone
@AfricaFactsZone
Samuel Eto'o says Jay Jay Okocha was just as good as Ronaldinho. “What we saw Ronaldinho do a few years ago, Okocha had done 10 years before that, & he never had the recognition others like him got. 𝐓𝐡𝐚𝐭’𝐬 𝐰𝐡𝐚𝐭 𝐡𝐚𝐩𝐩𝐞𝐧𝐬 𝐰𝐡𝐞𝐧 𝐢𝐭 𝐜𝐨𝐦𝐞𝐬 𝐭𝐨 𝐀𝐟𝐫𝐢𝐜𝐚". https://t.co/NrxhS5uHt4
02 Jul, 01:50 PM UTC

Really American 🇺🇸
@ReallyAmerican1
Republicans are on record blaming social security and Medicare for our problems and are saying they will go after them. Believe them. https://t.co/Zh0D18vRFY
03 Jul, 12:20 AM UTC

@EverettStern1
All evidence given to the January 6th committee, & FBI will be released to the American People. My mission is to protect and advance Democracy for us ALL. Stand with me. Join me in the fight for a great American future. Flynn is suing me for 250 million. I will not be silenced.
03 Jul, 01:44 AM UTC

Outspoken™️
@Out5p0ken
Under Trump we went though two impeachments, an insurrection, hate, division, and the tyranny of the minority. We came out en masse, during a pandemic, to vote Biden in a landslide victory. Get ready now for November midterms !
02 Jul, 09:18 PM UTC

@morethanmySLE
This NOVEMBER we *must* vote blue to not only SAVE but to EXPAND Social Security!
02 Jul, 09:40 PM UTC

Dr. Jack Brown
@DrGJackBrown
FACTS: A Rape Victim will almost always have profound PTSD from that rape. Forcing pregnancy upon her, will dramatically increase severity of that PTSD, morphing it to C-PTSD, thus causing her Trauma to be much more refractive to any treatment/therapy.
03 Jul, 01:47 AM UTC

@kurtbardella
To codify #RoeVsWade we have to preserve the majority in the House & add two more Democrats to the Senate. President Biden is 100% right that the most important thing that anybody can do right now is to participate in the democratic process. Let your actions be known by voting. 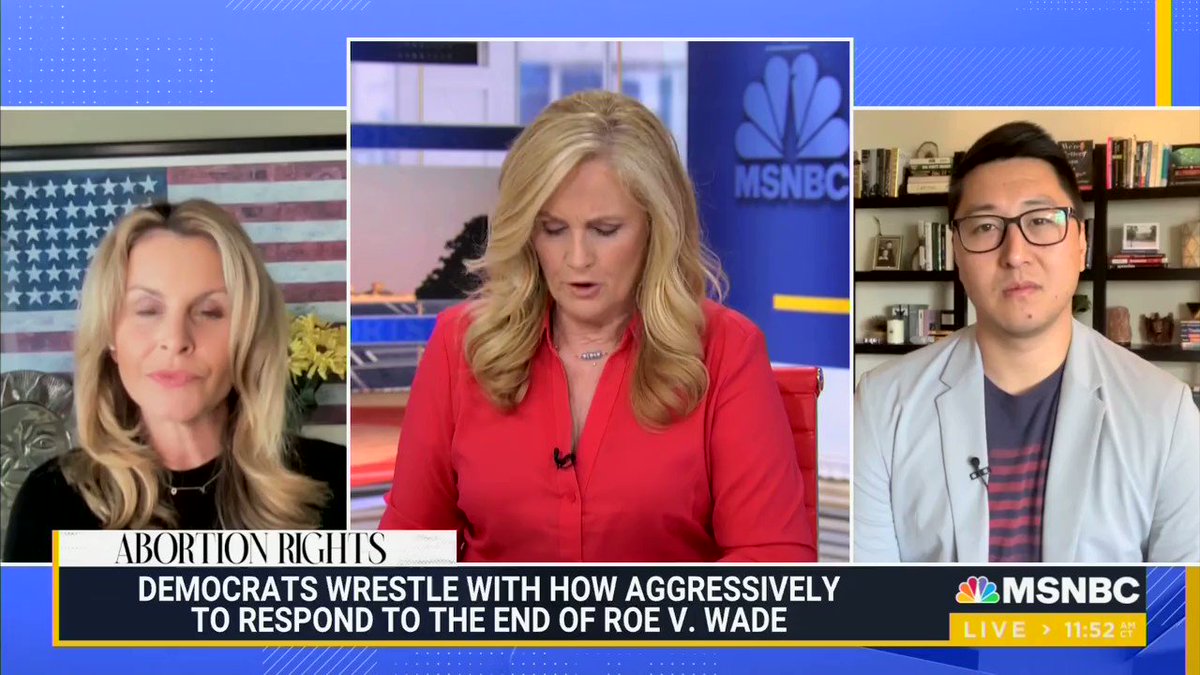 Don Lewis
@DonLew87
Jayland Walker, a 25-y.o. black man, was killed by police in Ohio after a traffic stop & foot chase. Walker's attorney says body cam footage is 'brutal' and shows Walker running w/ his back to the officers and more than 90 shots fired. The footage is due to be made public tmrw.
02 Jul, 11:30 PM UTC

@richsignorelli
I am hoping the Cassidy Hutchinson testimony is a game changer in so many ways including inspiring other former MAGA adherents to do the right thing & for @TheJusticeDept to fully realize the enormity of the danger we face, & act accordingly, now.
02 Jul, 08:26 PM UTC

BB from NC💛💛💛
@bbfromCa
@BaddCompani Nothing says "illegitimate" court like the pentagon putting out a statement that court order will be disregarded.
02 Jul, 05:59 PM UTC

Republicans against Trumpism
@RpsAgainstTrump
They’re not even hiding it. A vote for Republicans in November is a vote for Vladimir Putin. https://t.co/EQiZPh0r1d
03 Jul, 02:28 AM UTC

AVENGER RESISTER
@AvengerResister
The Patriot Front marched through the streets today, hiding behind a mask. Terrorists hide behind a mask.
03 Jul, 03:03 AM UTC 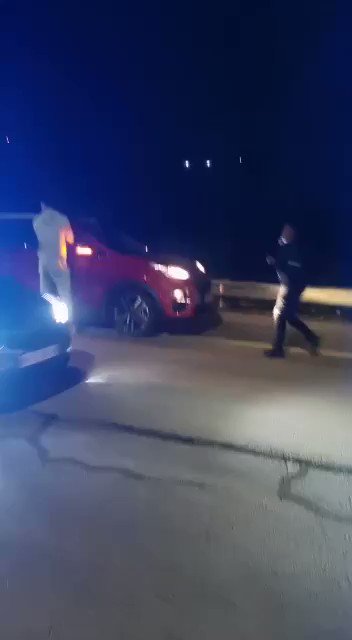