Mike
@midnightriderV2
The EV owners won’t be going anywhere in Atlantic Canada anytime soon. Will they @MarkGerretsen ?
26 Sep, 01:09 AM UTC

@JustinTrudeau
Many people across Atlantic Canada and Eastern Quebec are without power, and these @HydroOttawa crews are heading out East to help them. To all of the crews who are doing this work, to all of the first responders, and to everyone who has stepped up: Thank you. Please stay safe. 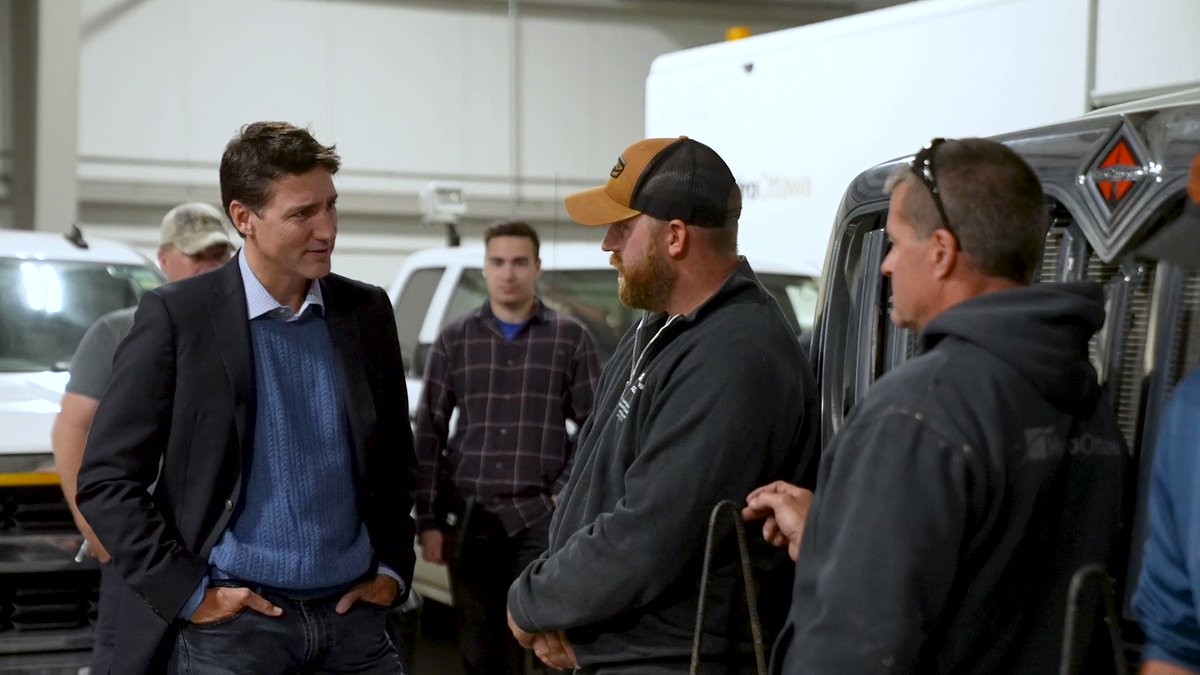 Emily Brown
@emilybrown1960
Had a call from a constituent in the #Burlington Riding who is livid that emergency funds for Atlantic Canada are being raised through a donation matching scheme, rather than sent immediately through our taxpayer dollars that the government collects. He is done with the Liberals!
26 Sep, 04:40 PM UTC

Ⓥ #TeamTrudeau 🍁🇨🇦
@DrakeDBEST
Prime Minister Justin Trudeau's compassion knows no bounds! He woke up very early so that at around 6:10 AM, on behalf of Canadians, he could meet with hydro workers in Ottawa, Ontario leaving for Atlantic Canada to support Hurricane Fiona's recovery efforts! #IStandWithTrudeau
26 Sep, 06:13 PM UTC

Mr Stache
@MrStache9
Trudeau rose again to lie and tell us that the confirmed reports, even from a Premier that his spyware, ArriveCan did not cause border delays for help in Atlantic Canada. He doth protest too much.
26 Sep, 07:03 PM UTC

Louise Evangéline (she/her)
@ReallyRenault
Just wanted to give a loud & clear shout out to all my friends and colleagues at CBC across Atlantic Canada for doing everything they could to stay on the air through Fiona and beyond. @cbcns @portiaclarkcbc @RealJeffDouglas @CBCNB @CBCPEI @mitchcormierCBC @Brett_CBC and more!
26 Sep, 11:29 AM UTC

@USATODAY
"We haven't had any reports of loss of life, really thankful for that." Tim Houston, the Premier of Nova Scotia addressed reporters as he assessed the damage left behind by Hurricane Fiona. https://t.co/57uw94suFl 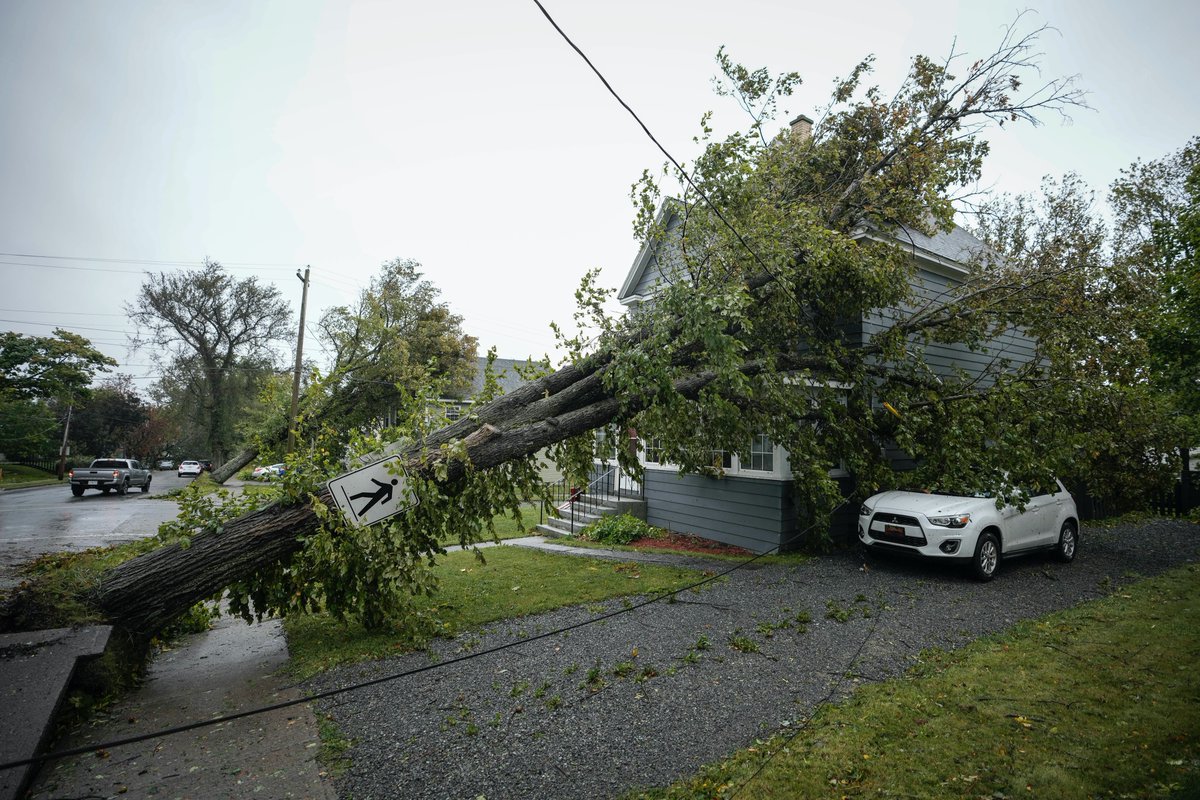 Mikayla Gallant
@mikayla_gallant
If something like this natural disaster hit Ontario or Alberta, all of our Canadian celebrities would be offering assistance or playing benefit concerts. Because it’s only Atlantic Canada, they don’t care.
26 Sep, 09:16 PM UTC

Emily Brown
@emilybrown1960
Today in the House, @JustinTrudeau implores Canadians to 'dig deep' to provide emergency funding for those impacted by Fiona's devastating damage in Atlantic Canada and Eastern Quebec. This is not leadership or compassion!
26 Sep, 06:31 PM UTC

Jeanne Armstrong
@JeanneCBC
One thing that became clear this weekend is how connected & tight-knit Atlantic Canada is even when we're miles away. It's why we dedicated much of @infoamfred today to the aftermath of #Fiona. Our Q of the Week: What impact did the hurricane have on you, your family & friends?
26 Sep, 08:53 AM UTC

KatieRae
@KatieRaeP
That there wasn't more loss of life in Atlantic Canada during #Fiona is because we have the resources to prepare. People in the Dominican and Puerto Rico weren't so lucky. Imperialism and settler colonialism make people in these places more vulnerable to the climate crisis.
26 Sep, 03:20 PM UTC

NPF-FPN
@npffpn
We would like to recognize the efforts made by RCMP Members and first responders across Atlantic Canada and Québec over the past few days as Hurricane Fiona left destruction and chaos in its wake. 1/3 https://t.co/7N65TF1ufr
26 Sep, 09:22 PM UTC

@redcrosscanada
#HurricaneFiona has caused catastrophic damage and destruction in Canada. We’re working with local governments, Indigenous leadership, and local communities to help those impacted. Find out how to register if you’ve been impacted, or how you can help: https://t.co/Yyain1WxUp
26 Sep, 08:12 PM UTC 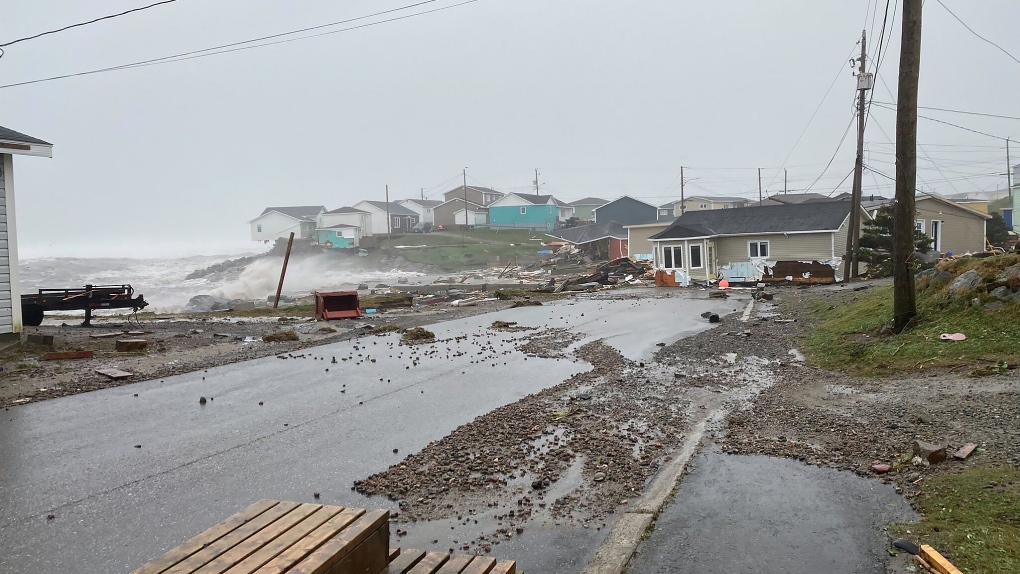 🐋🍁Cheryl 🍁🐢🍁CANADA🦦🦫🐬
@mini_bubbly
#Novascotia #NFLD #PEI This article contains the list of VERIFIED donation sites for Hurricane Fiona, do not donate to anything unless you verify on this news link: https://t.co/Ay4OyVKZOE
26 Sep, 10:35 PM UTC

⚔️🆎🚚🚜🪖Opinionated Conservative Veteran🪖🆎⚔️
@myopinion58
@emilybrown1960 @CaptnJabberJaws How many $$Billions has #TrudeauMustGo thrown away to global causes these past few years, only to match donations for Atlantic Canada. Absolutely unreal what this idiot does.
26 Sep, 09:03 PM UTC 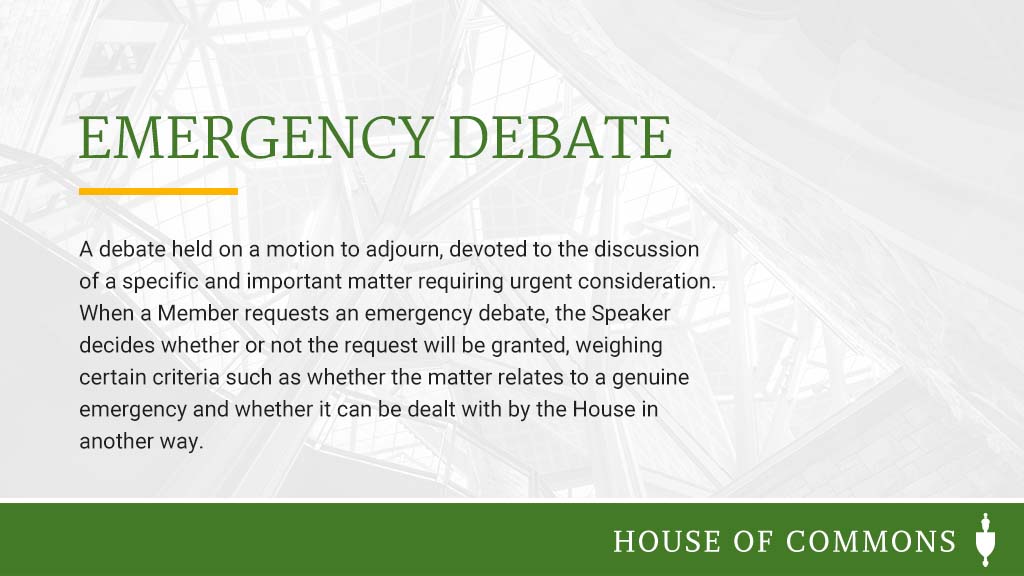 Crystal Glass Canada
@CrystalGlassLTD
Please stay safe and our thoughts are with you. Post-tropical storm #Fiona has devastated communities across Atlantic Canada. As provinces begin to take stock of the damage left behind. 🇨🇦#AtlanticCanada 🌀#Fionahurricane https://t.co/VNPOUgFw98
26 Sep, 03:50 PM UTC

mya
@mya11281477
Catherine why do you have your comments off all the time. Typical liberal,say something and never let anyone respond. All we wanna hear from you is Where is our infrastructure money?? Atlantic Canada could definitely use it #TrudeauMustGo #WhereIsOurInfrastructureMoney https://t.co/ER38HzEJA2
26 Sep, 10:46 PM UTC

@globalnews
Airports in Atlantic Canada are resuming operations after hurricane Fiona stopped most flights in and out of the region over the weekend. https://t.co/Knr0YuQfQN
26 Sep, 10:52 PM UTC

Saeed Khan
@saeedwkhan
@journo_dale I hope they replay that clip over and over again in Atlantic Canada. Let the people there know what the CPC really thinks of them. @MarkGerretsen - your ATL MPs should share this widely with their constituents.
26 Sep, 09:52 PM UTC

DouglasEdward84
@DouglasEdward84
@Add_A_Straw @KevinWGlass Atlantic Canada is fairly poor, it's subsidized by transfer payments from the rest of Canada. It also lacks a lot of ultra wealthy people and it's only major city is Halifax. Still it's a really nice place despite those low numbers it's relaxed and full of very friendly people.
26 Sep, 10:38 PM UTC

Rex Glacer
@rexglacer
FFS 100 military reservists are spearheading the efforts to help Atlantic Canada? Or as Trudeau says, whats the LEAST we can do... https://t.co/kEu0CzE9ov
26 Sep, 10:58 PM UTC

@CTVAtlantic
Trailers tossed around like toys. A campground flooded with seawater. Massive chunks of asphalt ripped from the road – all images we are not used to seeing that often in Atlantic Canada. https://t.co/AOqtHho2CW
26 Sep, 10:50 PM UTC 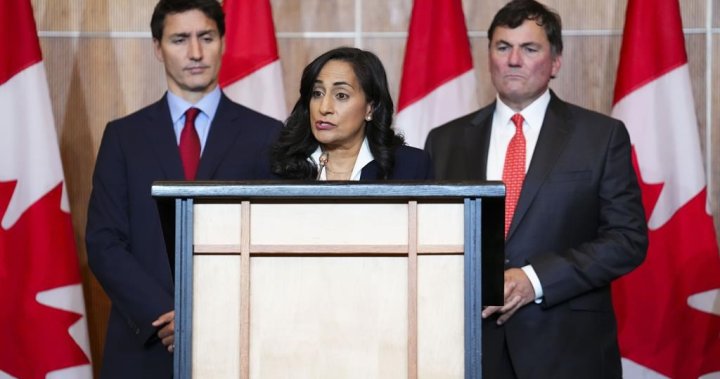