@amyklobuchar
Today we start confirmation hearings for an Attorney General who will not act like the President’s personal lawyer. A welcome return to integrity.
22 Feb, 02:40 PM UTC

@kylegriffin1
Today, five years after Senate Republicans refused to grant him a Supreme Court confirmation hearing, Merrick Garland will be going before the Senate Judiciary Committee for a confirmation hearing to be President Biden's attorney general.
22 Feb, 12:00 PM UTC

@JaniceDean
It makes me sick that @NYGovCuomo was seriously being considered as attorney general just a few months ago by @JoeBiden
22 Feb, 11:09 AM UTC

@tedlieu
Thank you Merrick Garland for understanding the role of the Attorney General, which the prior Administration did not. https://t.co/9mBUDn1pBS
22 Feb, 09:09 PM UTC

@JoyceWhiteVance
Something refreshing: Judge Garland does not seem to feel entitled to the position of Attorney General, but rather, very eager and emotional about the opportunity to serve our country.
22 Feb, 07:24 PM UTC

🌸･ ｡SureReality｡･ 🌸
@SureReality
Garland: “If I am confirmed as Attorney General, I promise I will not act like Bill Barr. In fact, in order to uphold the Constitution, I will pretty much act the opposite.”
22 Feb, 03:07 PM UTC

@ElieNYC
Christ. @tedcruz is out here saying that the problem with the OBAMA Department of Justice is that it was "politicized and weaponized"... Maybe he was in Cancun during all of Bill Barr's stint as attorney general.
22 Feb, 04:49 PM UTC

Daniel Uhlfelder
@DWUhlfelderLaw
I like Merrick Garland as Attorney General working on January 6 insurrection better than being in Supreme Court. Thanks Mitch
23 Feb, 02:03 AM UTC

@maziehirono
Considering we just had a President who didn’t think the rule of law applied to him, it's interesting to hear so many of my Republican colleagues ask if Merrick Garland will follow the rule of law as Attorney General. And of course, he will.
22 Feb, 09:32 PM UTC

@TheLeadCNN
Former New Jersey Attorney General Anne Milgram discusses the potential crimes that could be revealed from the Supreme Court allowing the release of Trump’s tax returns to NY prosecutors. “He could be looking at a number of potential criminal charges.” https://t.co/eDAuXRFYsB 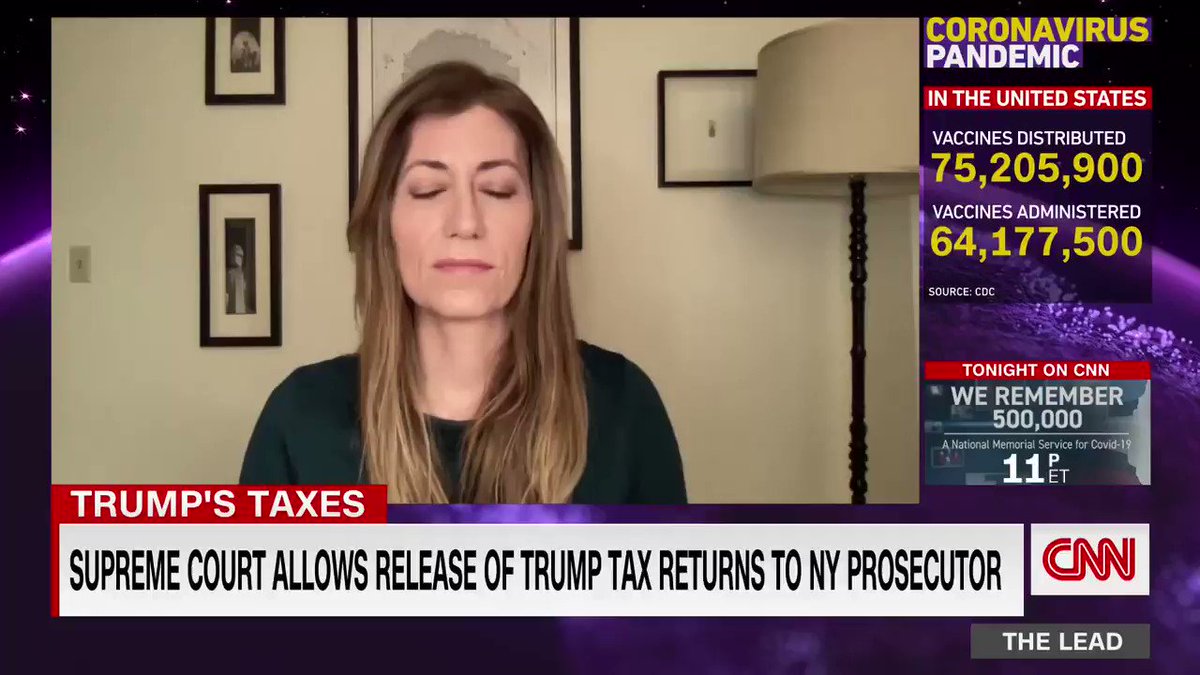 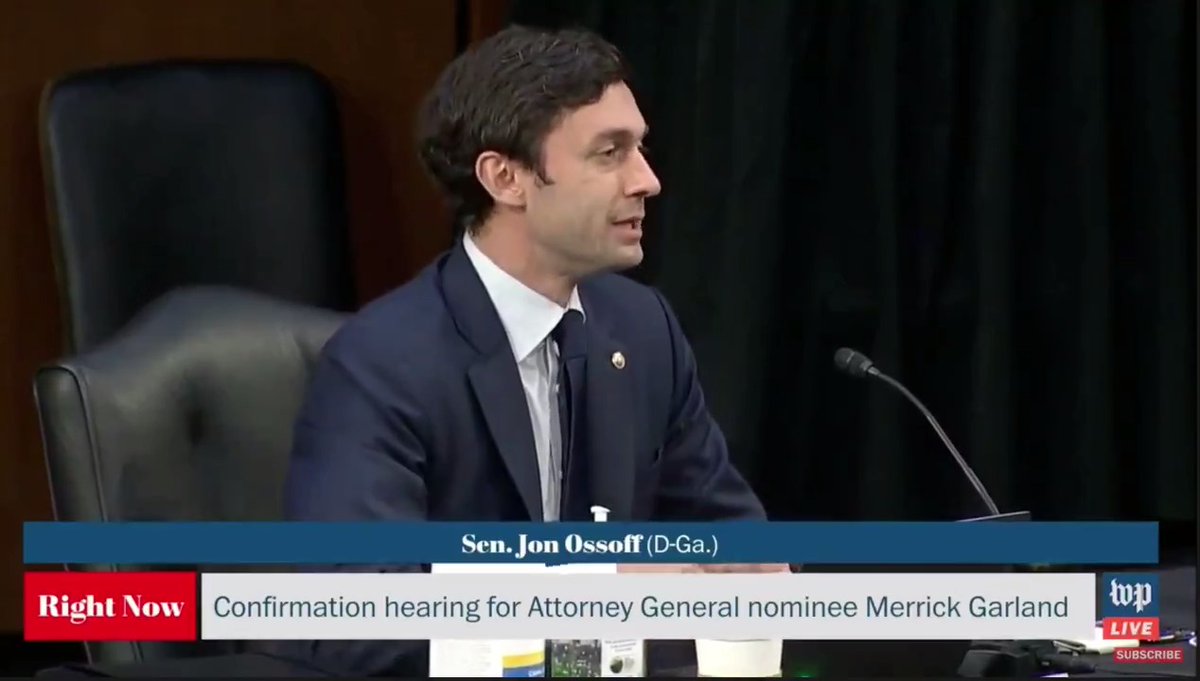 @JulianCastro
So while Cruz abandoned Texas to hit the beach in Mexico, Texas AG Ken Paxton flew to Utah for a trip unrelated to the storm. They don’t believe in governance, and couldn’t care less about the people they’re supposed to represent. https://t.co/0fg6jwqSeY
22 Feb, 06:35 PM UTC

@JudiciaryDems
#FACTCHECK: The polarization of DOJ did not come from President Obama. It came from the four tumultuous years of President Trump treating the Attorney General as his own personal lawyer and demanding that DOJ advance the interests of himself, his family, and his political allies.
22 Feb, 06:14 PM UTC

@SenWhitehouse
The former president treated the Department like a stable of personal attorneys and his Attorneys General as political errand boys. As Attorney General, Judge Garland will serve the interests of the American people.
23 Feb, 01:55 AM UTC

Kyle Shideler
@ShidelerK
The answer to the question: "will you enforce the law?" ought not to be hard for an Attorney General to come up with. https://t.co/EiPV6NpFgo
22 Feb, 09:47 PM UTC

@NoLieWithBTC
It gives me great pleasure to know that Merrick Garland will be the US Attorney General and Mitch McConnell and Lindsey Graham can’t do shit to stop it.
23 Feb, 12:43 AM UTC

@nytimes
Judge Merrick Garland, President Biden’s nominee for attorney general, pledged on Monday that if confirmed he would make the federal investigation into the Capitol riot his first priority. https://t.co/h5CIDzHV8y
23 Feb, 02:15 AM UTC

Tokyo Sand
@DHStokyo
HEADS UP: This week we have the confirmation hearings for both Merrick Garland (Attorney General) and Deb Haaland (Interior Secretary). We need these two incredible nominees to get confirmed, so please call your Senators today! https://t.co/83eYCCvnhu
22 Feb, 03:32 PM UTC

thebradfordfile
@thebradfordfile
Hold on a second. The guy Biden wants to serve as Attorney General of the United States thinks attacks "at night" are not terrorism? You cannot make this shit up.
23 Feb, 02:30 AM UTC

@charlie_savage
Merrick Garland told the Senate the threat from domestic extremism is greater today than at the time of the Oklahoma City bombing in 1995 & pledged he will make the investigation into the Capitol riot his 1st priority as attorney general. w/ @ktbenner https://t.co/9jxoq0L0qg
23 Feb, 12:47 AM UTC

Ricky Davila
@TheRickyDavila
Thanks to Moscow Mitch, Lindsey Graham and other seditious traitors for blocking Merrick Garland from SCOTUS because without that we would’ve never been able to see him as Attorney General prosecuting their white supremacist terrorists as well as investigating MAGA insurrection.
23 Feb, 02:40 AM UTC

@CNN
"I come from a family where my grandparents fled anti-Semitism and persecution. ... I feel an obligation to the country to pay back for protecting us," Attorney General nominee Merrick Garland said in an emotional moment during his confirmation hearing https://t.co/6jCs6a9gpB 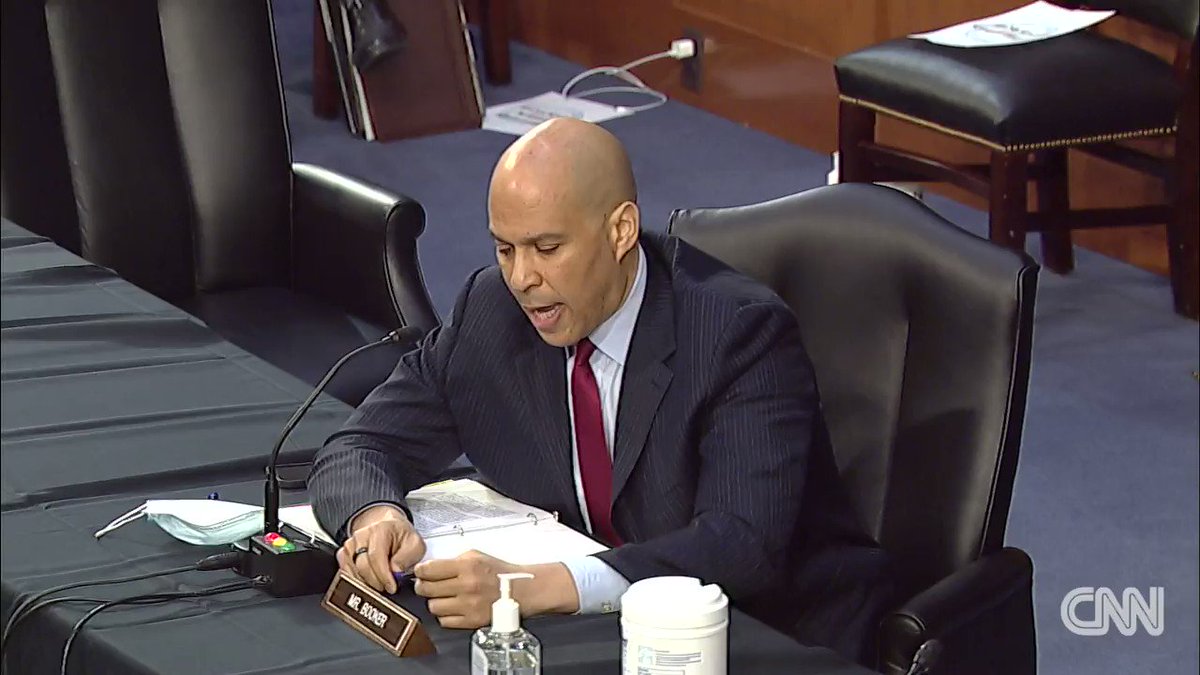