Bauer is trending on Twitter. Popular tweets on Bauer.

@JonHeyman
Mets have interest in Trevor Bauer but likely on a shorter deal (4 years or fewer). Dodgers could, too, but definitely short-term there. Other teams suggest they have impression Bauer prefers a longer deal. Agent Rachel Luba said: “He’s open to all different types of structures”
23 Jan, 04:08 PM UTC

@kateefeldman
I had death threats and Holocaust jokes in my mentions for months after he went after me. I didn't tag him. I didn't even QT him. This is what his followers did after he told them to go after me. This is OK with his agent, reporters and, I guess, the Mets. https://t.co/ITMuJxdchW
22 Jan, 11:40 PM UTC

Marc Luino
@GiraffeNeckMarc
Sign Trevor Bauer. If you want the Mets to have the best chance to win the WS this year, sign Bauer. https://t.co/P4NSgev907
23 Jan, 03:56 PM UTC

@kateefeldman
This @Ken_Rosenthal article 1) designates harassment as "controversial," 2) implies said harassment is less important because it wasn't sexual and 3) incorrectly states that the harassment has stopped. https://t.co/Z2CPhbSmyW
23 Jan, 02:37 AM UTC

Allison McCague, PhD 🧬⚾️
@PetitePhD
The last time I tried to call attention to Trevor Bauer’s terrible behavior, particularly his harassment of women, my mentions became a trash fire and then my account was suspended for a week, ironically for “abuse and harassment.” https://t.co/jxVLvHLxqg
23 Jan, 05:10 AM UTC

Jeffrey Paternostro
@jeffpaternostro
Something that struck me on Five and Dive this week was Emma’s point that the Porter firing was easy because it was so clear cut. She wondered how something with “more nuance” would be handled. Calling the Bauer situation “more nuance” is wholly generous but now we know.
23 Jan, 04:47 PM UTC

Tom
@TheDietIsOff
Mets fans in Nov: IF METS FONT GET ANY OF SPRINGER, BAUER OR REALMUTO THIS OFFSEASON IS A JOKE!!! Mets reportedly in on Bauer. Mets fans with low to no testosterone: BAUER IS MEAN!!! Other Mets fans: HES NOT THAT GOOD!!! The 3% of the fan base that aren’t mutants: Lets Roll
23 Jan, 04:32 PM UTC

Seamore Sports
@SeamoreSports
Check out @uahhockey Captain @Neudecker08 on the team, how tough @fezzie41 is to score on, what Neudecker brings to the game, and what he thinks he brings to the team, also hear from him on how he models his game after @johngaudreau03, and much more. https://t.co/CyLWTSaHnZ
23 Jan, 10:06 PM UTC

The Fruit Basket
@TheFruitBasket4
The MLB FA market might be heating up, but there's still plenty of unsigned talent left. Here's a look at some of the most notable names not being mentioned: https://t.co/g3lmdF2Ooo
23 Jan, 09:27 PM UTC

Adrian Wojandeeznutski 🕓
@Wojandeeznutski
I really think Major League Baseball should be more grateful for Trevor Bauer. His streaming and content is bringing baseball a new audience that wasn’t there before. Other players really should consider following suit.
23 Jan, 08:50 PM UTC

@TVcody
Just finished my “Love” on @netflix binge, I know season 3 was the last season but if they wanted to do a spin-off of @ClaudiaODoherty ‘s Bertie Bauer just doing focus groups, I’d watch the hell out of that 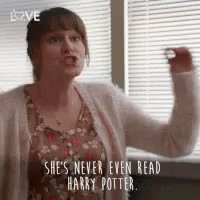 WS CHAMPS 🧢
@GoatInsider
@randi_radcliffe Bauer is one of the greatest pitchers in history.
23 Jan, 10:09 PM UTC

They Sold The Damn Team!
@DeschWins
@NotDWright you could literally do several podcast episodes just on Bauer
23 Jan, 10:15 PM UTC

Subtape
@subtape_
@CommonWlad @GiraffeNeckMarc BABIP is only good at assuming a return to the mean assuming the player's profile remains consistent, which Bauer hasn't. In 2020, K5-BB% shot upwards over 10 pp, K% went up about 8%, LD% went down almost 5pp, and his SIERA fell down all the way to 2.94.
23 Jan, 10:05 PM UTC