@bbcquestiontime
“There is no human being alive that can say actually say they’ve never made a mistake” “We’re not at a time where we can afford these kinds of mistakes” Brian Cox and @theblackfarmer debate Liz Truss' leadership #bbcqt Watch on @bbciplayer: https://t.co/98O3XH3BLS

@lisanandy
I don’t give a stuff about Liz Truss or the Tories. I do care deeply about the people paying the price for their choices #bbcqt 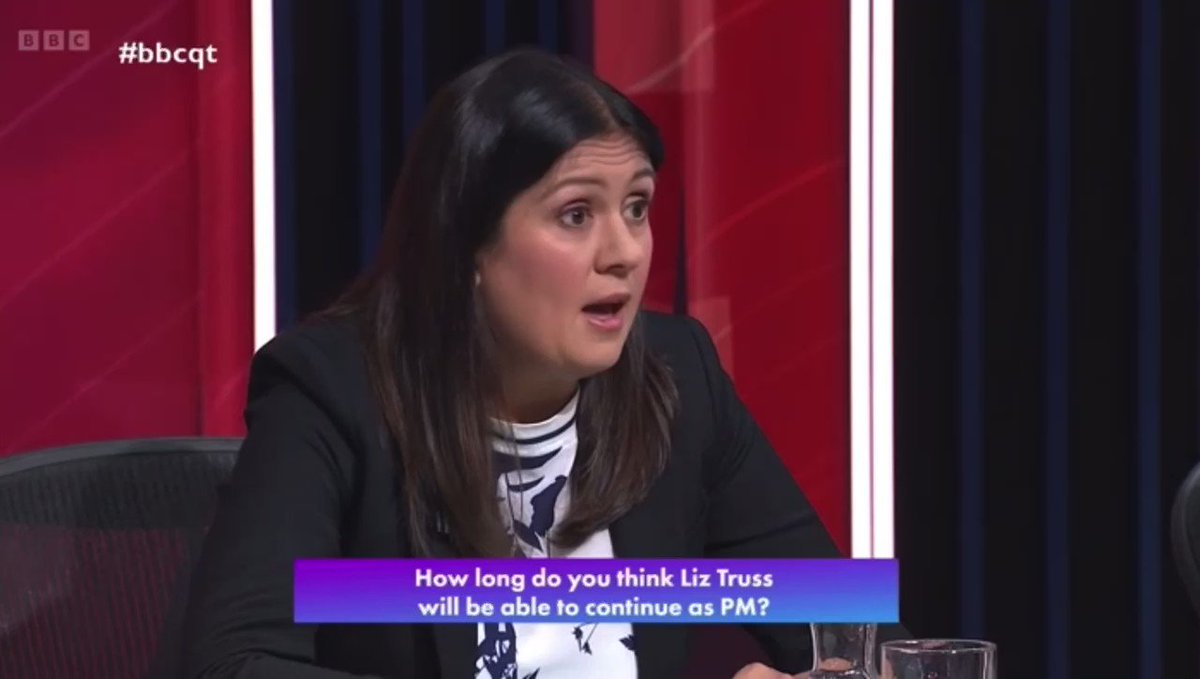 @bbcquestiontime
“I just do not think she is the right person for the job. And I also don’t trust her… so, I ain’t a fan” Actor Brian Cox gives his verdict on Liz Truss’ premiership to date #bbcqt 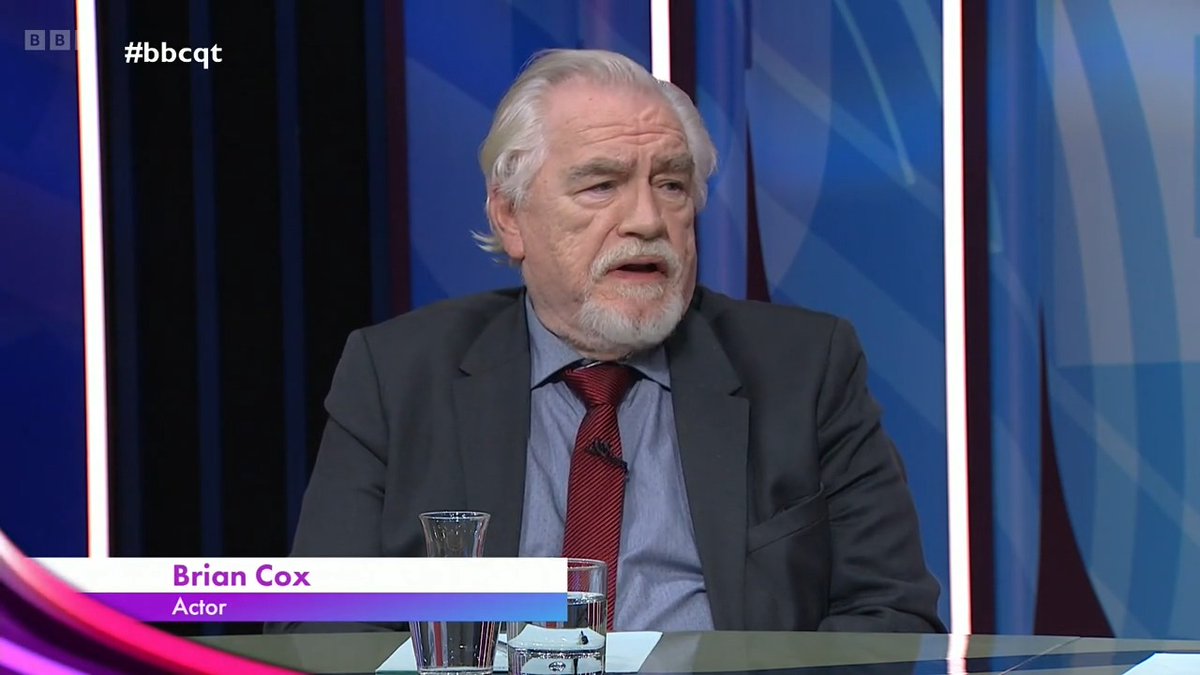 Daniela Nadj
@DanielaNadj
Brian Cox doesn't believe Liz Truss can lead the country. There's no trust in her and she's the wrong person for the job. He doesn't trust her. I couldn't agree more. #bbcqt
06 Oct, 09:47 PM UTC

Supertanskiii
@supertanskiii
The Putin excuse for 12 years of Tory failure is a lie, the news aren’t challenging it which is disturbing. Plus, the Conservatives helped Putin fund the war by letting London be used as a fucking laundromat. #bbcqt
06 Oct, 10:26 PM UTC

Dick Mackintosh🌹#StopTheWar
@DickMackintosh
Truss will oversee the greatest transfer of wealth in history, from UK families to oil and gas executives she used to work for #bbcqt https://t.co/BBQI9rmaOM
06 Oct, 09:48 PM UTC

Supertanskiii
@supertanskiii
Putin is a genocidal maniac who has been in cahoots with Tory leaders and MPs for years. Johnson made the son of a KGB agent a lord for fucks sake. Look at Brexit, look at the donors. They’re lying to our faces daily, whilst using Ukrainians as human shields. Bastards. #bbcqt
06 Oct, 10:36 PM UTC 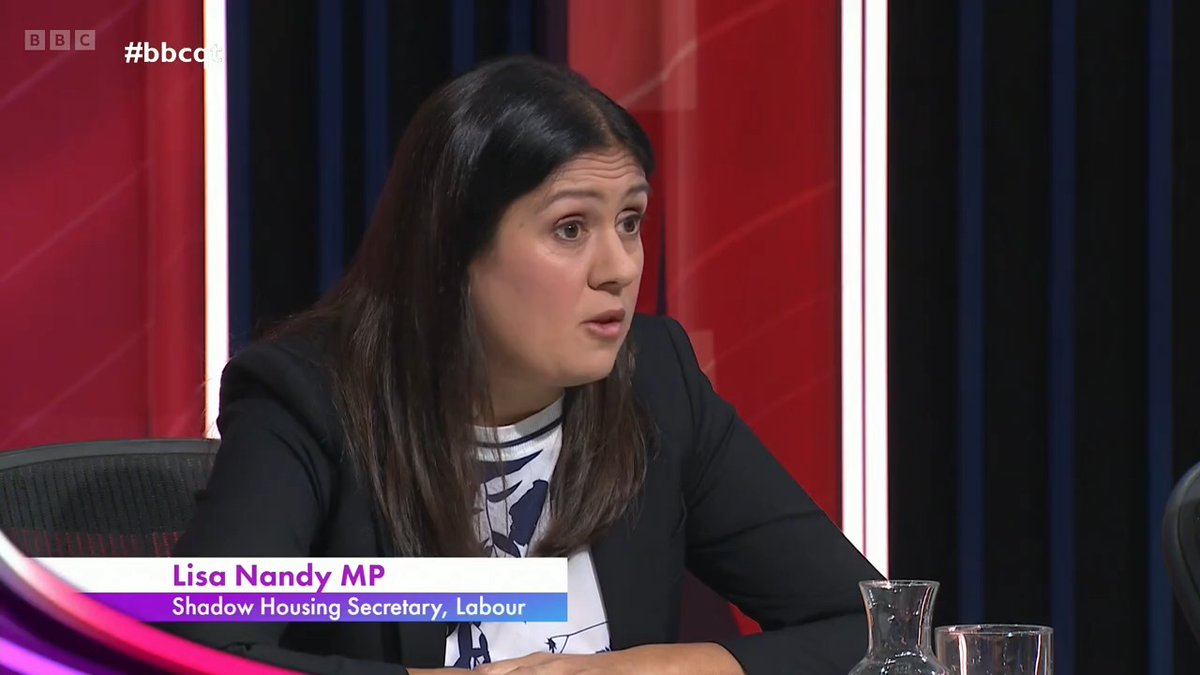 GET A GRIP #ANTIGROWTHCOALITION
@docrussjackson
'Day after day, year after year, the @BBC has provided extremists with a massive platform on its news & current affairs programmes. Major BBC programmes including @BBCr4today, @BBCNewsnight, #bbcqt & #bbcaq are populated by speakers from #TuftonStreet.' https://t.co/GLiaCwFad4
06 Oct, 07:37 AM UTC

Farrukh
@implausibleblog
"The Tory party is riven with arrogance and complacency, they're just totally out of touch." Former Conservative party donor @QuarryGareth explains why he has joined Labour #BBCQT https://t.co/oMuJi1Su8H
06 Oct, 09:33 PM UTC

Len P
@lpannett
Fiona Bruce completely misunderstands what IR35 is about, who it affects and its implications. Her dismissal of the audience member’s comment on it was quite simply unprofessional. #bbcqt
06 Oct, 10:38 PM UTC

Sir Thomas H. 💙 #ToriesUnfitToGovern
@THemingford
Just wondering, was it bankers who nursed and cared for all our loved ones? Was it them who saved people's lives? Isn't it about time Britain showed it's appreciation? #BBCQT
06 Oct, 02:54 PM UTC

@KarlTurnerMP
.@nadhimzahawi was laughed at by the audience on #BBCQT tonight and he deserves it but it’s not funny what @trussliz and @KwasiKwarteng have done to the economy. We need a general election to start mending the country. 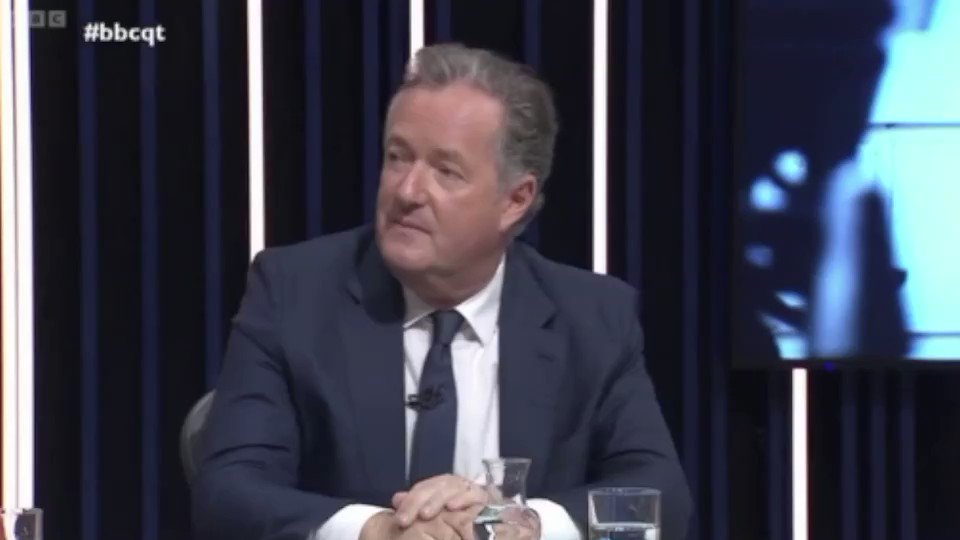 Invisible🗺️
@lindyloo2914
Are our memories really that short? When it comes to energy, Tories keep saying "because of Putin"... Remember 5 energy companies collapsed BEFORE he invaded Ukraine and we only bought 5% of our gas from Russia #BBCQT
06 Oct, 07:41 PM UTC

@bbcquestiontime
“I think most British people would like more police, and more police to go back to doing their proper job - protecting the public and investigating crime” @piersmorgan says we should go back to old-fashioned policing and “bobbies on the beat” #bbcqt 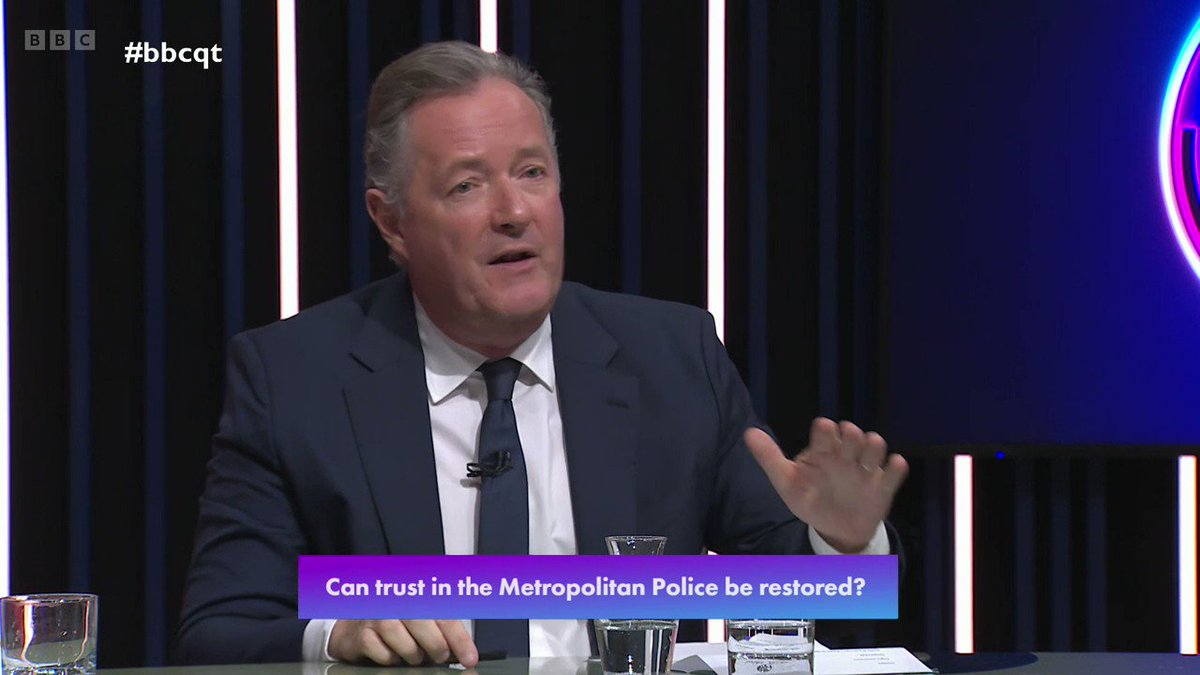 Dick Mackintosh🌹#StopTheWar
@DickMackintosh
Borrowing £45 billion on the national credit card and giving it away in Tax cuts to billionaires who donate you cash in brown envelopes - must be theft, fraud and embezzlement of the public purse? #bbcqt https://t.co/Un3CbJOY9u
06 Oct, 10:26 PM UTC

Joseph Gould
@joegould74
The best comment I’ve heard on #bbcqt for years was from an audience member on IR35 tax regulation changes. Shut down as ‘niche’. Poor from the chair.
06 Oct, 10:11 PM UTC

Big Jock
@jockmcleod53
I'm sorry but has England been brainwashed into thinking it produces everything it used? Scotland provides 2/³ of UK energy. But they won't tell YOU that! #ScotlandIsThePower #bbcqt
06 Oct, 10:24 PM UTC

Anne Greensmith 💙
@snowleopardess
Brian Cox rightly speaks out against fracking saying it is dangerous, and says we should be going green. #bbcqt
06 Oct, 10:20 PM UTC

Cochise
@Rhik17
Who are these English politicians talking about Scottish energy as though it were theirs? #bbcqt
06 Oct, 10:24 PM UTC