Bilic is trending on Twitter. Popular tweets on Bilic.

@ChapmanJ92
Bilic on Hegazi. "It was certainly not my decision. Even on Saturday when we were doing the tactics shape, he was there. I had assurances he would stay. I'm very disappointed. He wanted to stay." #wba
26 Oct, 08:04 PM UTC

@SkySportsPL
#WBA's wait for their first win of the season goes on... Karlan Grant rescues a point for Slaven Bilić's side at The Amex Stadium... Watch highlights from #BHAWBA shortly after full-time here 👇
26 Oct, 07:25 PM UTC

@TheSunFootball
Slaven Bilic’s fuming with West Brom after Ahmed Hegazi sold behind his back https://t.co/Ez54qTmtYp 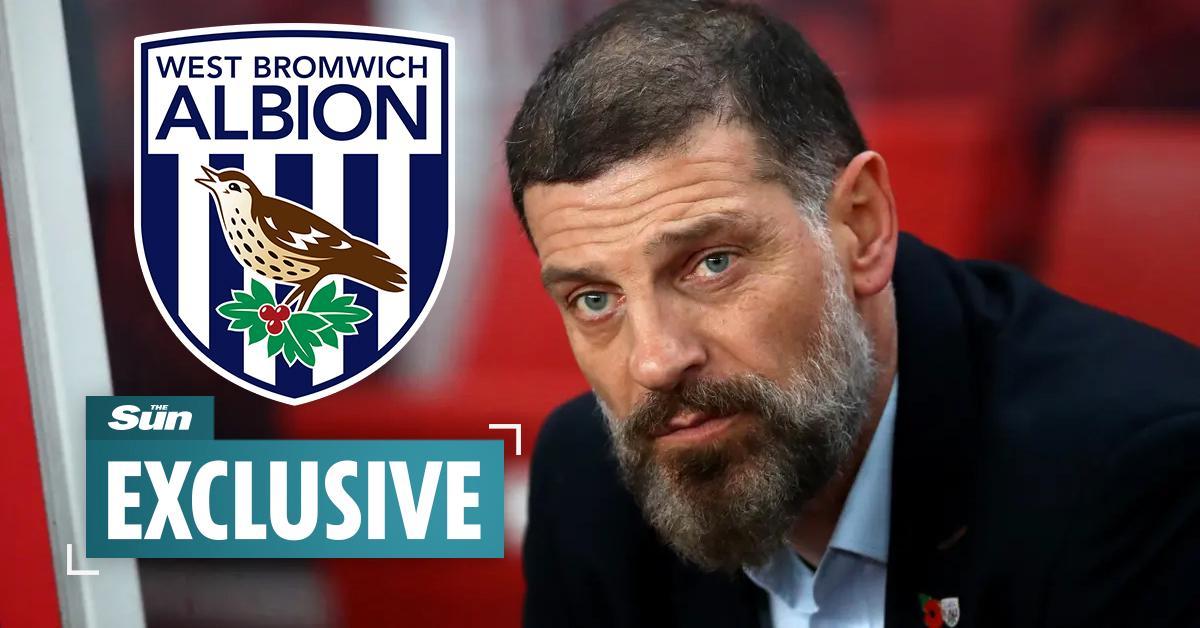 @SteveMadeley78
More Bilic on Hegazi: “He has vast experience, he’s an international player... "The whole week he was training with us when we were doing shape. “Even on Saturday he was there and I had assurances he was going to stay and that makes me very disappointed he left." #WBA
26 Oct, 08:39 PM UTC

@johncrossmirror
Slaven Bilic incredibly strong and outspoken tonight on the sale of Ahmed Hegazi. Did little to clear up doubts over his future. Said he was disappointed and club broke assurances they wouldn’t sell the player.
26 Oct, 08:59 PM UTC

@SteveMadeley78
Bilic on the sale of Hegazi: “It definitely wasn’t my decision and it wasn’t a football decision. “I’m very disappointed. We are a team that needs all our good players, he is a player that has knowhow in the Premier League." #WBA
26 Oct, 08:38 PM UTC

Paul Wardle
@paulwallsend
West Brom were excellent and good to watch,couldn't name half of their team but they had a go and should have beat Brighton,what a contrast to the garbage we are being served up week after week,fair play to Bilic for at least trying to attack.
26 Oct, 07:28 PM UTC

Official Croatian West Bromwich Albion Supporters
@CroatianBaggies
Very disappointing to see board go behind the managers back. Quite how they expect results when the manager is constantly hamstrung is puzzling to say the least. However, all talk of Bilic quitting is premature. Created a bond with the club & is committed to the group of players
26 Oct, 09:12 PM UTC 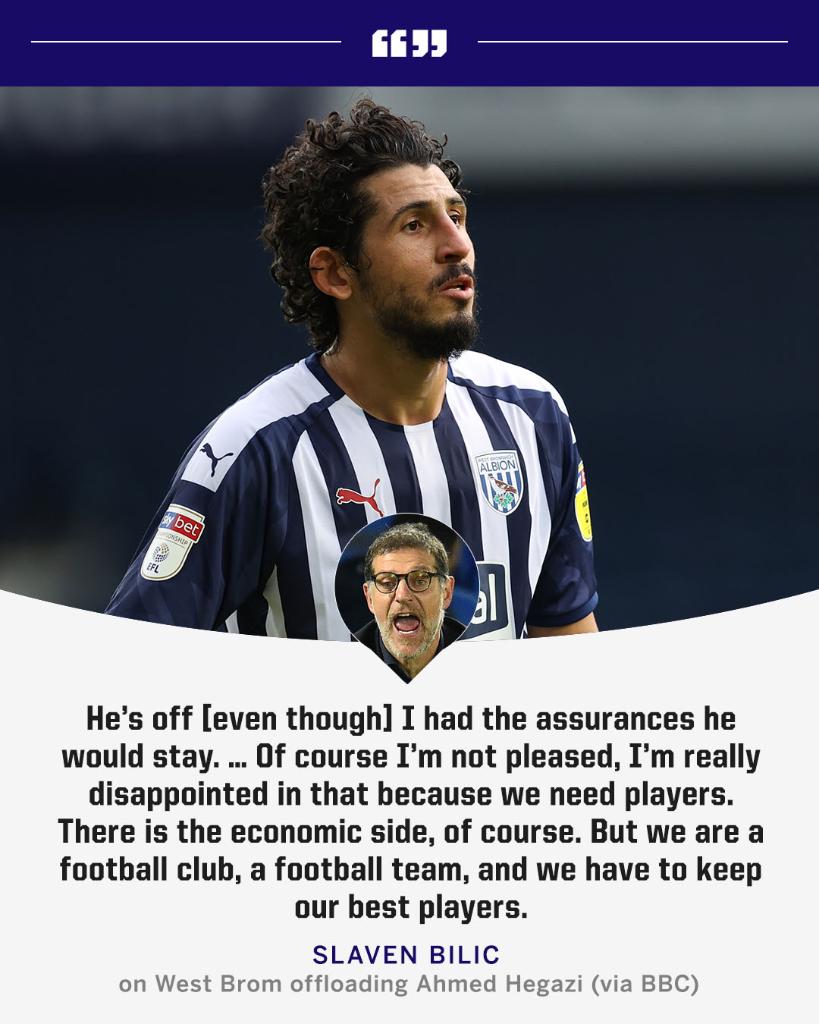 WBA supporter overseas.
@WBAinDE
Imagine Bilic leaving over a player he picked a handful of times. Whole thing is overblown by each party.
26 Oct, 09:03 PM UTC

Adam Wardley
@prettygreenakw
@JimiNicholls @smith_baz @ChapmanJ92 If he knew and he’s been that outspoken at a presser he’s looking for a way out? Somebody’s lying be it bilic or the club. Agree on wages and how much he’s been selected i thought he would have gone in window tbf....
26 Oct, 09:04 PM UTC

Raj
@jahwibble
Bilic guarded when asked about his future, and kind of side steps it with a lot of hmms! https://t.co/qUPEFI8g45
26 Oct, 08:51 PM UTC

Jb
@Jab87wba
Bilic seems to be a man of principles. I dont think the point of how good hegazi was or how much he played matters. Its all about the principle. #wba
26 Oct, 08:46 PM UTC

Tom Allmark
@TomAllmark
@burley_carl @JosephMasi_Star Based on what Bilic has said it completely undermines his position. If players need to be moved on for financial reasons then the club need to make that call, but you don’t lie to your manager in the process.
26 Oct, 09:07 PM UTC

cotdabossv2(#GSBOUT)
@UnitedConnor
@WBA @eToro Up the baggies bilic and diangana will keep you up your in safe hands
26 Oct, 08:56 PM UTC