"Bill of Rights" is trending

Popular tweets on "Bill of Rights".

Laura Kuenssberg Translator
@BBCFLauraKT
BREAKING: The government's new bill of rights is so weak, it's likely to get the UK kicked out of the European Convention on Human Rights. The only other country that's currently kicked out is Russia - the Tory Party's biggest donor x
22 Jun, 09:55 PM UTC

sarah murphy
@13sarahmurphy
Lord Garnier QC, former solicitor-general warns that the Bill of Rights “will damage Britain” and “further bolster the concerns of those who believe with some justification that this govt has a reckless disregard for domestic and international law.” Pariah status sovereignty.
23 Jun, 07:23 AM UTC

Stephen Willeford
@GoodGunGuyWille
Justice Thomas got it right in the Supreme Court decision today-"The constitutional right to bear arms in public for self-defense is not a second-class right, subject to an entirely different body of rules than the other Bill of Rights guarantees.”
23 Jun, 04:58 PM UTC

@ggreenwald
Sigh. The point of the judiciary (and Bill of Rights) is to limit what majorities can do. If the US had unlimited majority rule, no Constitution or judicial review power of the Supreme Court would be necessary. "Majorities oppose" is not a valid argument against court rulings. https://t.co/B29dTOHx4L
23 Jun, 03:33 PM UTC

Schona Jolly QC
@WomaninHavana
Woke up early to read Raab’s Bill of Rights Bill, wasn’t sure whether to laugh or cry when I started reading the dangerous tangle of incoherence, like some teenage anti-HRA wish list & then saw @ProfMarkElliott had written a blog. Read it. It’s brilliant. https://t.co/8o27V7S00n
23 Jun, 05:16 AM UTC 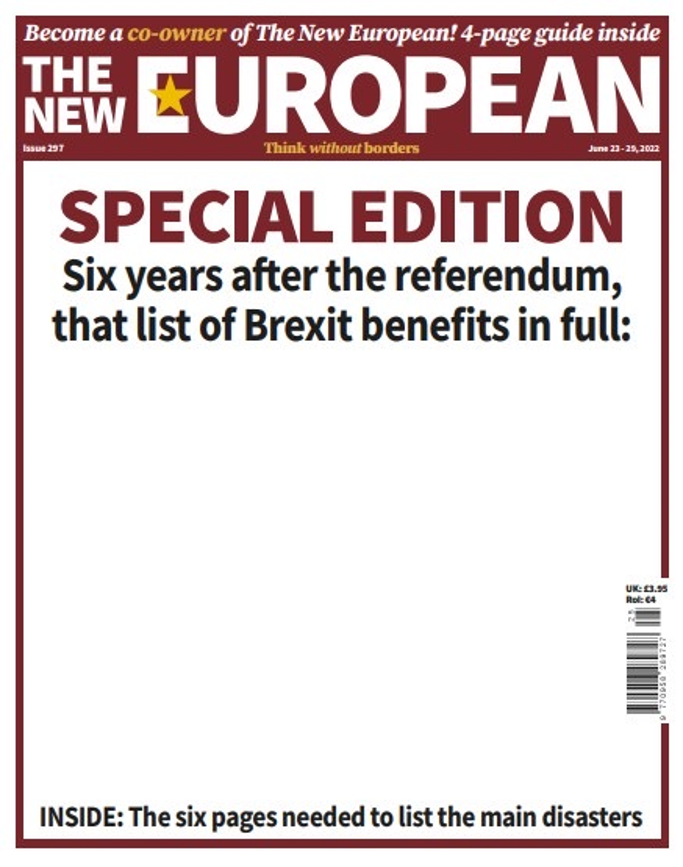 @Nicola4WBE
𝐉𝐔𝐒𝐓 𝐀𝐍𝐍𝐎𝐔𝐍𝐂𝐄𝐃: We’ve introduced a new British Bill of Rights to Parliament, delivering on our manifesto commitment to overhaul the Human Rights Act. This Bill will strengthen rights to freedom of speech, and make it difficult for criminals to appeal deportation. 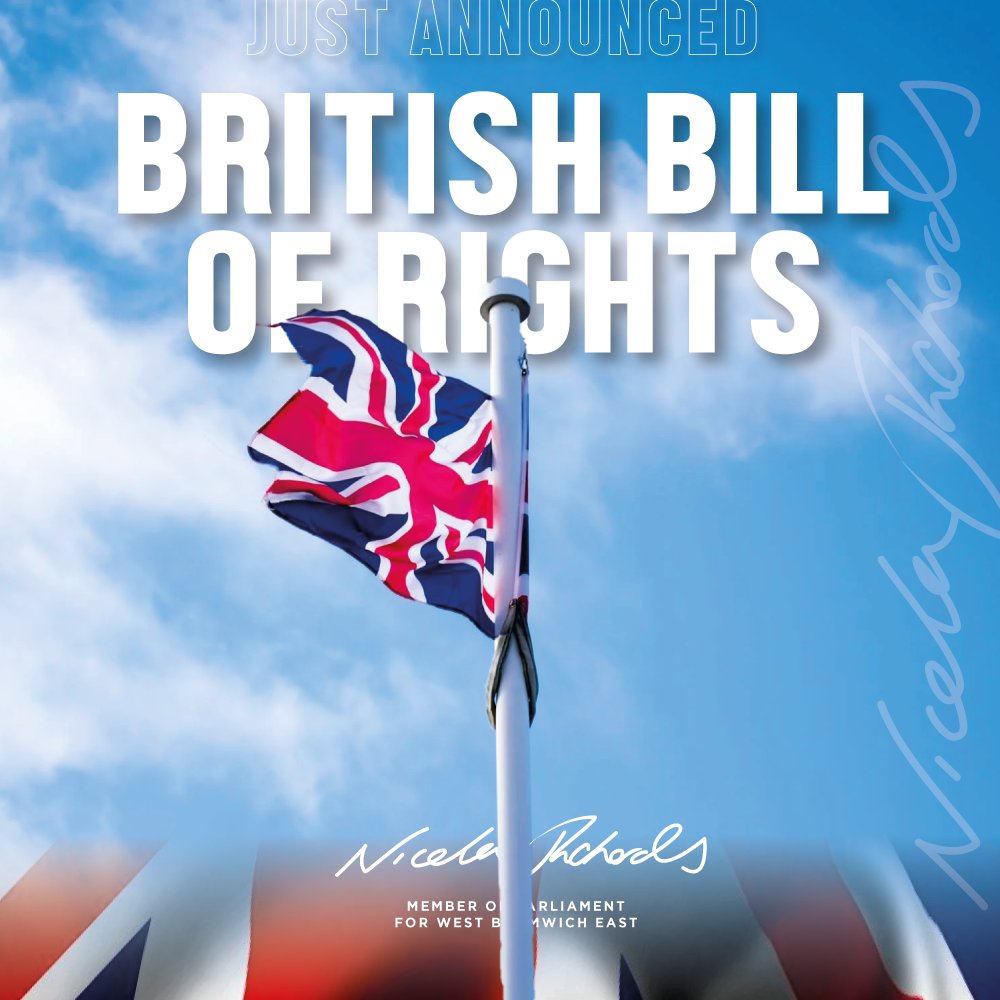 @kylenabecker
"The constitutional right to bear arms in public for self-defense is not 'a second-class right, subject to an entirely different body of rules than the other Bill of Rights guarantees'." You've just got to love Justice Clarence Thomas.
23 Jun, 03:06 PM UTC

@AdamWagner1
There are many bad things about the Bill of Rights but the worst by far is that it is so messy. The Human Rights Act is a careful and elegant piece of legislation. The "bill of rights" will tie up the courts for years trying to patch up its ambiguities and deficiencies.
23 Jun, 12:16 PM UTC

@bennyjohnson
CLARENCE THOMAS: "The constitutional right to bear arms in public for self-defense is not 'a second-class right, subject to an entirely different body of rules than the other Bill of Rights guarantees'."

Dinah Rose
@DinahRoseQC
This is by far the best commentary on the Government's new Bill of Rights that I've seen anywhere. It's clear, calm and cuts straight to the heart of the issues. Not for the first time, we are all indebted to @ProfMarkElliott. https://t.co/dJFdoWjQTI
23 Jun, 07:28 AM UTC

the law and policy blog
@law_and_policy
“Oh no, not again” The story of the Human Rights Act and of the new “Bill of Rights” Features a falling bowl of petunias https://t.co/wvzS6BvaoM https://t.co/W0uJUfm1ku
23 Jun, 03:01 PM UTC

@Heminator
It amazes me so many on the left are invested in the wholly manufactured idea that abortion is a fundamental constitutional right on par with what's explicitly stated in the Bill of Rights. After 50 years, it's not a winning legal or cultural argument https://t.co/vTU0nnXJOC
23 Jun, 03:31 PM UTC

@DominicRaab
Our new Bill of Rights will reinforce quintessentially UK-wide rights, like freedom of speech, and restore a healthy dose of common sense to the justice system. These reforms will make us freer and help keep our streets safer. Watch my statement to Parliament ⤵ 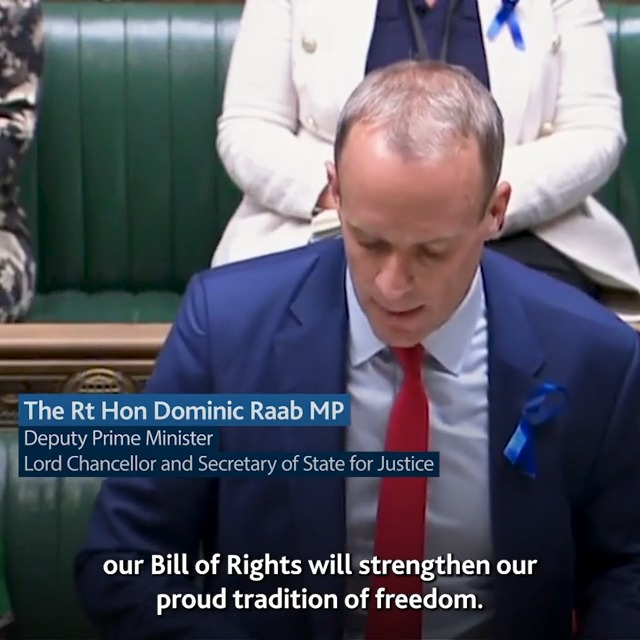 Davis Laque
@Laque_davis
6] The bill of rights, envisions that citizens have a right to belong to political parties, or organization (eg churches) of their choice. Interpretation of that, is clear. Regardless, even if parties are indeed organizations, how does the whole "structure" issues get involved?
23 Jun, 03:37 PM UTC

@IMAO_
There's actually a phrase in the Bill of Rights -- "the right of the people to keep and bear Arms, shall not be infringed" -- which means at least open carry is required. I don't why thinking that covers conceal carry is "insane"? https://t.co/FJoMjlEqcL
23 Jun, 07:46 PM UTC

Davis Laque
@Laque_davis
5] Here's my issue with your actual thread... Firstly, you make the false representation that our bill of rights, doesn't distinguish between 'political party & organization' when the mere mentioning of the two, is an actual admission of a difference, between the two. https://t.co/yIN0ZCXLXn
23 Jun, 03:35 PM UTC

Chelmsford Conservative Group
@ChelmsfordCons
The UK Government has had one hand tied behind its back by the Human Rights Act when it comes to deporting foreign criminals. For too long British taxpayers have been paying the price. A British Bill of Rights is needed to bring back common sense and help keep us safe.
23 Jun, 08:11 AM UTC

Holden
@Holden114
I would like to understand what the left thinks the founders intended with the 2A. If it was to say that the govt could allow soldiers under their control to have guns why would they put that in the Bill of Rights?
23 Jun, 07:58 PM UTC

Granny H 🏴󠁧󠁢󠁥󠁮󠁧󠁿🇬🇧🇺🇦
@Heather22311814
@elliereeves @UKLabour So where do you stand on the industrial scale rape & abuse of young white girls by Muslim men in Labour areas, where Labour turned a blind eye? At least with the new Bill of Rights, the perpetrators will have less rights than they do now with the ECHR & HRA.
23 Jun, 10:39 AM UTC

Todd of Mischief
@AndToddsaid
@townhallcom Firearms technology was advanced well beyond the musket by the time the Framers drafted the Bill of Rights, and even before many of them were born. https://t.co/F8TEsq4MkA
23 Jun, 07:36 PM UTC

Socialist Voice ⭑
@SocialistVoice
Thousands sign petition opposing the Tories’ toxic Bill of Rights ‘The public, quite rightly, is very concerned that the government is putting themselves above the law and making themselves untouchable’ https://t.co/nlnGSh07WI
23 Jun, 08:53 PM UTC