Blackrock is trending on Twitter. Popular tweets on Blackrock.

@JackPosobiec
Biden has so many Blackrock officials in his White House
10 Jun, 05:51 AM UTC

Lauren L Walker
@ActNormalOrElse
the beauty of capitalism is that everyone, both individuals and investment firms alike, have equal opportunity in the market. if you save up your wages and want to buy a house in your hometown, you can simply outbid blackrock when they buy an entire subdivision of 65,000 homes
10 Jun, 11:19 AM UTC

@TimJDillon
BlackRock just bought your town so what? It’s a free country. If you don’t like it go buy in Verizon, Ohio or Geico, Virginia.
10 Jun, 02:00 PM UTC

@JackPosobiec
Facts to Know About BlackRock, the Firm Popping up in Biden's Cabinet https://t.co/KVr3ftwHUH
10 Jun, 06:21 AM UTC

Garbage Ape 🦧
@GarbageApe
whoa this blackrock shit sounds serious and seems to be yet another thing that will destabilize society, unfortunate that absolutely nothing will happen to correct it
10 Jun, 01:37 AM UTC

@JordanSchachtel
Blackrock is buying up property in a risk-free environment that has been created for them by the ruling class. A protection racket for the elites in DC+Wall St. Problem is not just politicians, but a Federal Reserve enabling them w *UNLIMITED* credit. Our money is the problem.
10 Jun, 02:52 PM UTC

The Serfs
@theserfstv
If BlackRock buying your grandma's house scares you wait until you hear about what Nestle does to your water supply
10 Jun, 02:50 PM UTC

@ramzpaul
I wonder if you would be singing this tune if Blackrock was buying homes in Israel to be sold to Arab families. https://t.co/kcUOIMEROT
10 Jun, 02:19 PM UTC

@Cernovich
Conservatives standing for BlackRock by pretending like they don’t understand the discount window and it’s 2021.
10 Jun, 05:02 PM UTC

@jbouie
right? if you hate blackrock buying homes as investment vehicles wait until you hear about homeowner cartels around the country conspiring to keep supply low and prices high https://t.co/SyQoJL8DES
10 Jun, 06:44 PM UTC

Jake Anbinder
@JakeAnbinder
I think what drives people nuts about Blackrock investing in residential real estate is it gives away the whole game
10 Jun, 06:23 PM UTC

CulturalHusbandry
@APhilosophae
Blackrock/World Economic Forum What does the Mayor of a college town in the U.S. have in common with the President of France? The daughter of an American political family & Norwegian Royalty? Crenshaw & a Chinese Science Minister? Supposed Grassroots Tulsi and a young Kennedy? https://t.co/LUyycw6OHy
10 Jun, 04:56 PM UTC

@greg_price11
If you're upset about Blackrock pricing out Middle Class home buyers and slowly making us a nation of permanent renters, just wait until you hear that the current Director of the National Economic Council under Biden is their former Global Head of Sustainable Investing.
10 Jun, 06:39 PM UTC

Jake Anbinder
@JakeAnbinder
Imagining one of my old Yale classmates in a Blackrock fleece showing up at a community meeting in Rancho Palos Verdes reading from a script like "uh yes I too support the maintaining of this neighborhood's historic character"
10 Jun, 06:37 PM UTC

@BernardKerik
Strange that the @blackrock CEO would be against voter/election integrity, and is supporting racist Marxist ideology that’s destroying our country and inciting violence in the streets. https://t.co/ZbAEb8osRf
10 Jun, 06:43 PM UTC

❀ ✰ ✩ BlindedByLight ☆ ✩ ❀
@Coronabubbles
So no one is doing anything about blackrock buying up all the homes Pretty soon no one will be able to own a home, everyone will be forced into renting from blackrock
10 Jun, 06:01 PM UTC

Pé
@4everNeverTrump
If you don't like what BlackRock and other private equity firms are doing in the residential real estate market now, just wait until the market crashes and they go to foreclosure sales with bundles of cash.
10 Jun, 06:48 PM UTC

Mr James
@ElefentJames
What would your position be if Blackrock was Palestinian owned instead of Jewish owned, and doing this in Israel? Guarantee you’d have a different opinion. https://t.co/RVFBeHI2MR
10 Jun, 06:52 PM UTC

Javier Goya
@JavierGoya7
If you are in a bidding war with Blackrock for a house, you gonna lose. Simple as that.
10 Jun, 01:20 PM UTC 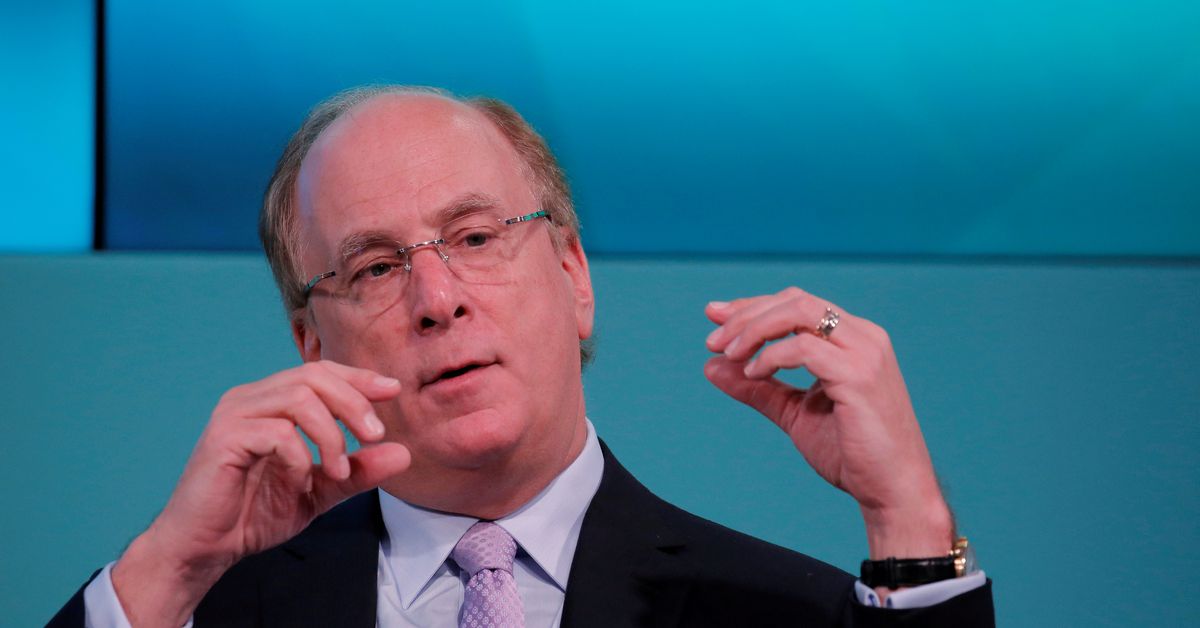 DeSantis 2024 for President
@ChipotleExtra
The irony is that this is not a free market . One of the world's largest asset managers competing against regular families is crony capitalism. And yes, Blackrock will get bailed out. https://t.co/158yVZ7j2U
10 Jun, 06:57 PM UTC

UrbanDevelopmntGroup
@UrbanDevelmtGrp
Something I'm keeping my eye on because Blackrock seems to have connections with Biden and according to some tweets here they actually have positions in the WH so for those like myself who look to buy our communities back should be concerned about this trend. https://t.co/NfHVyDcUZC
10 Jun, 11:54 AM UTC

Frédéric Leroy
@fleroy1974
Turns out that Blackrock and their friends at the World Economic Forum are very much interested in people's houses. They also would like to have a say in what people eat. THREAD 👇 https://t.co/flyWwjhuuX
10 Jun, 06:59 PM UTC