@RGIII
If you are more upset about Ime Udoka and the Celtics situation than Brett Favre STEALING MILLIONS IN WELFARE MONEY FROM THE POOREST PEOPLE IN OUR COUNTRY IN MISSISSIPPI then you are part of the problem.
22 Sep, 12:39 PM UTC

@RexChapman
Michael Vick - the most electric quarterback I’ve ever seen — was talked about every day for months and eventually imprisoned for a dog-fighting ring. The silence from right-wing media on Donald Trump’s and Brett Favre’s fraud is deafening.
22 Sep, 03:02 AM UTC

@byajperez
BREAKING: The former head of Mississippi’s welfare agency entered into a plea agreement with federal and state prosecutors — a huge turn in the scandal that could spell major trouble for Hall of Fame quarterback Brett Favre. https://t.co/IsalUezzCj
22 Sep, 05:12 AM UTC

@TorreySmithWR
Cheating on your wife with a co-worker is a private matter. Brett Favre got paid with welfare money and knew it. Good morning! https://t.co/9dkzBlsXaJ
22 Sep, 12:15 PM UTC 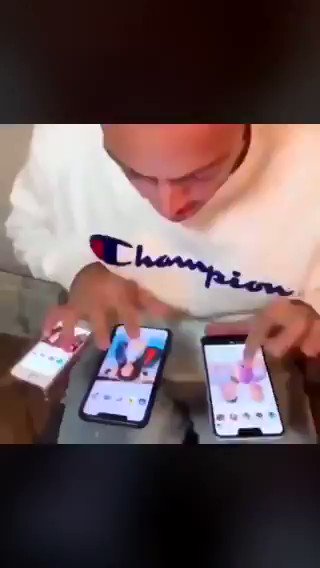 @Deadspin
The media needs to treat Brett Favre like it did Michael Vick and Colin Kaepernick https://t.co/xMDxvRA04f 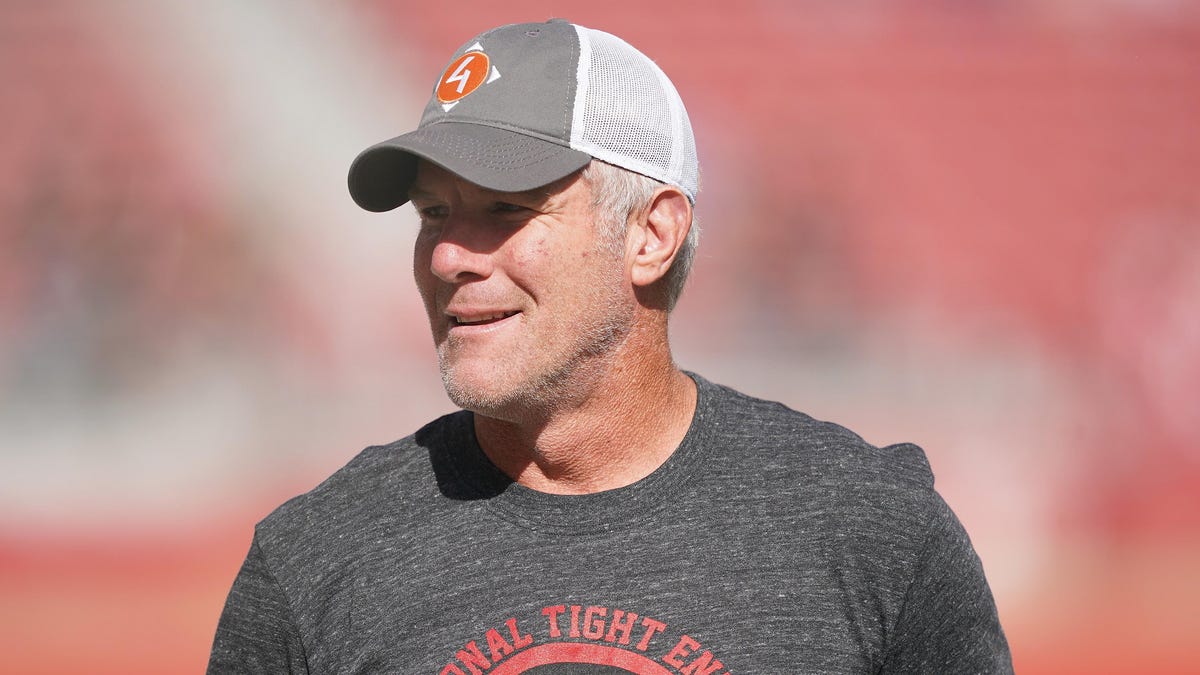 @FredTJoseph
I’ve received about more news notifications about Ime Udoka cheating on Nia Long than I have about Brett Favre stealing millions of dollars in welfare from Mississippi, the poorest state in the U.S.
22 Sep, 02:16 PM UTC

@ComplexSports
“If that was a black man that was a former star in the NFL with the relationships and cachet that Brett Favre has, what would have been done to him?” Stephen A. Smith calls out Brett Favre for Mississippi welfare scandal 😳 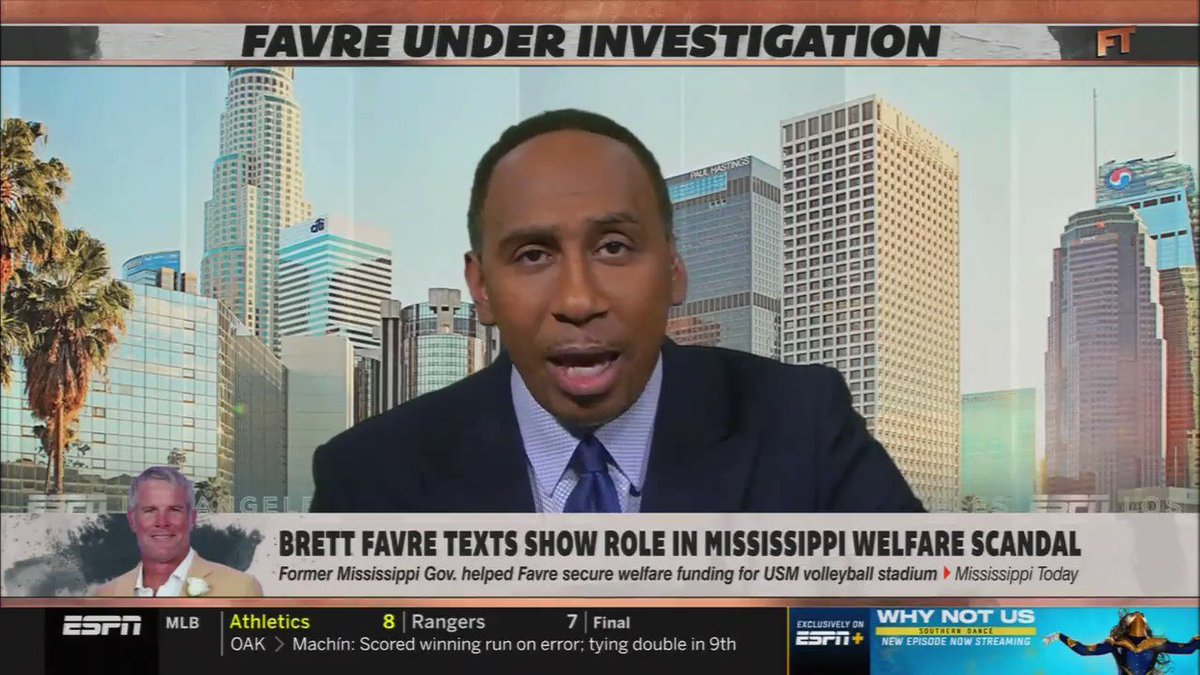 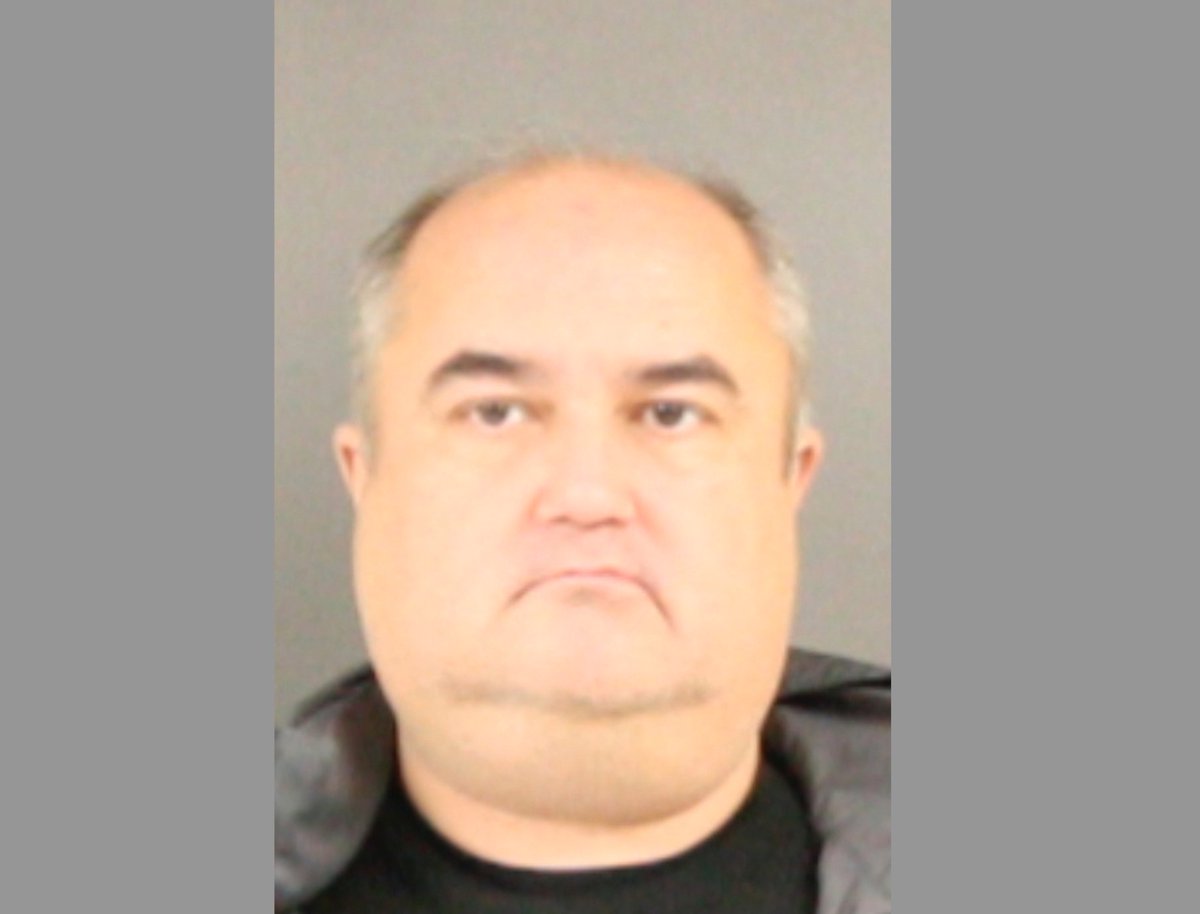 @nytimes
Even the most cynical observers in Mississippi have been dumbfounded by the brazenness of what well-to-do figures in the nation's poorest state are accused of doing with millions of dollars meant for families in need. https://t.co/XsTXSmrQju
22 Sep, 09:45 PM UTC

@byajperez
"If Favre gets indicted — and I expect he will be — one of the counts will surely be wire fraud," @TympanickLaw tells @FOS. https://t.co/1ZGyPjsbqd
22 Sep, 04:41 PM UTC

Kelsey Nicole Nelson (KNN)
@therealknelson
Brett Favre has yet to issue an apology to the people of Mississippi whom he stole from....
22 Sep, 06:35 PM UTC

@KirkWrites79
Black athletes got time in federal prison for PPP loan fraud and it was all over ESPN, if I remember correctly. Brett Favre steals millions in welfare money from poor residents in Mississippi and sports media and law enforcement are noticeably silent on this matter. 🤧🤧🤧
22 Sep, 03:33 PM UTC

@LeBatardShow
“Brett Favre was offering the governor stock in the company in exchange for his help…he agreed.” - @ayewolfe goes into detail about the absurdities within the ongoing Brett Favre investigation. 📺 https://t.co/gyvi1pmKBm 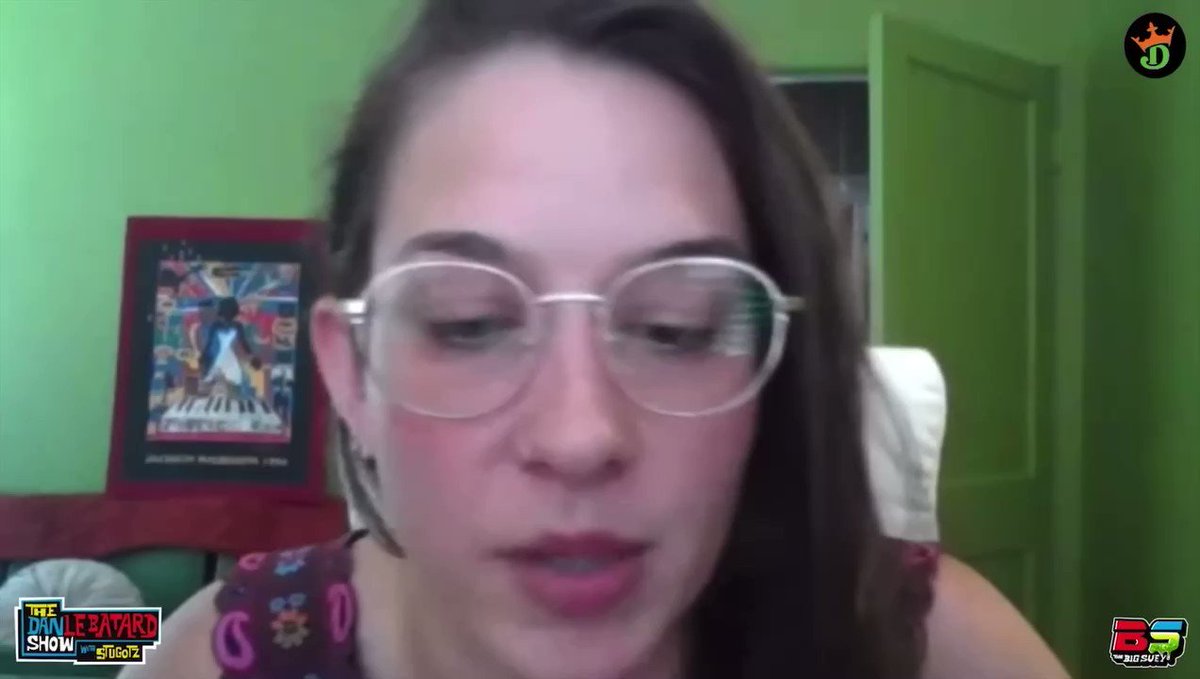 Chris❤✌🏾✊🏿
@HaroldsBro
Jameis Winston stole $32 worth of crab legs and that story stayed in the news for months. Brett Favre stole $6 million in cash and you don't hear a peep in the news. This is white privilege. #OurBlueVoice #DemVoice1
22 Sep, 11:10 PM UTC

@juscohen
I can’t stop thinking about how evil it is what Brett Favre did. A wealthy, famous white man - from a state with an unparalleled history of racialized poverty - steals welfare dollars from its poorest people. Truly super villain shit.
23 Sep, 12:06 AM UTC

@WhatsWrightShow
"Consistently, the media tries to convince us the people going in our pocket are the poorest people. ... This is over $75M of Mississippian's own money & they're so casual about the theft they're texting about it." — @getnickwright on the real issue with the Brett Favre scandal: 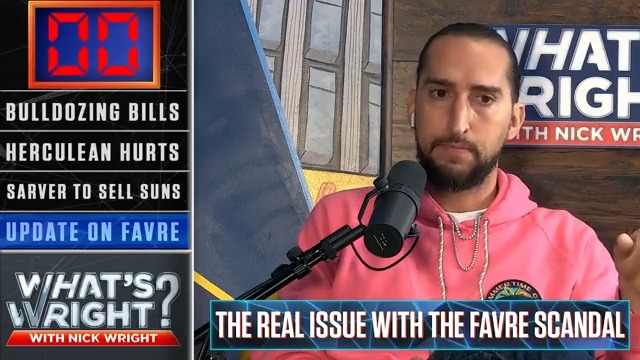 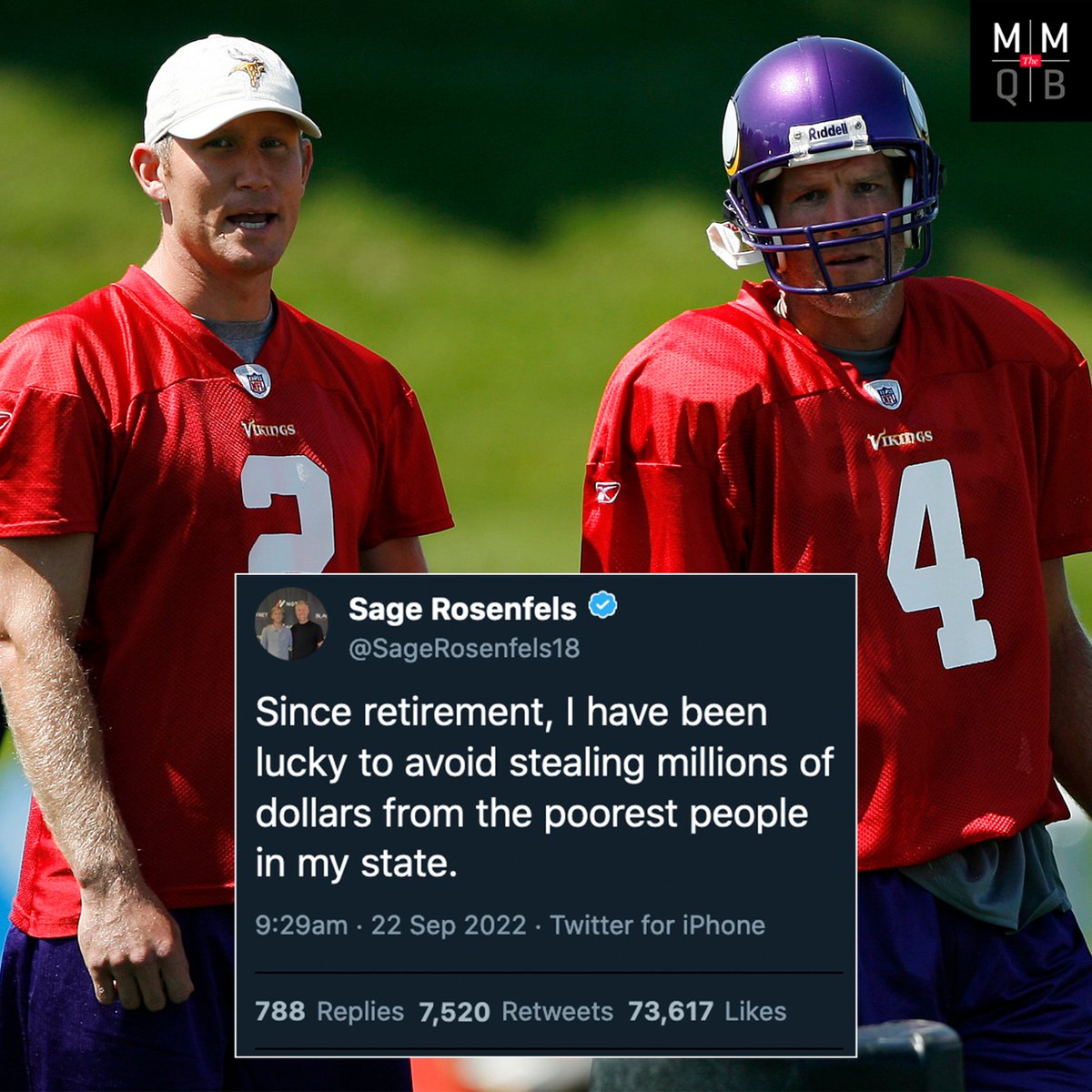