@LBC
'Six French people being late for work is enough to bring our economy to a grinding halt? 'Why do you lie? You lie because it's preferable to the truth.' James O'Brien squashes the right-wing media's refusal to accept that chaos in Dover is due to Brexit. @mrjamesob 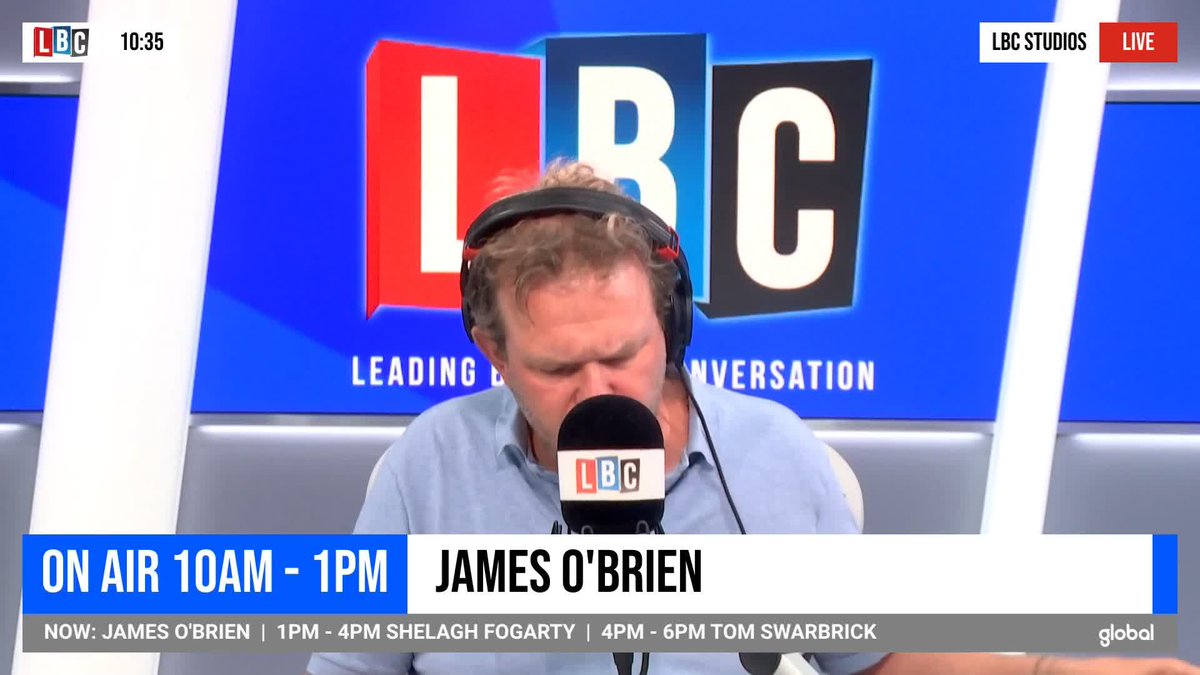 @LBC
'They're just so stupid. They're just so thick.' This is James O'Brien's devastating takedown of the Tories' 'utter failure to understand anything' about their own Brexit deal. @mrjamesob 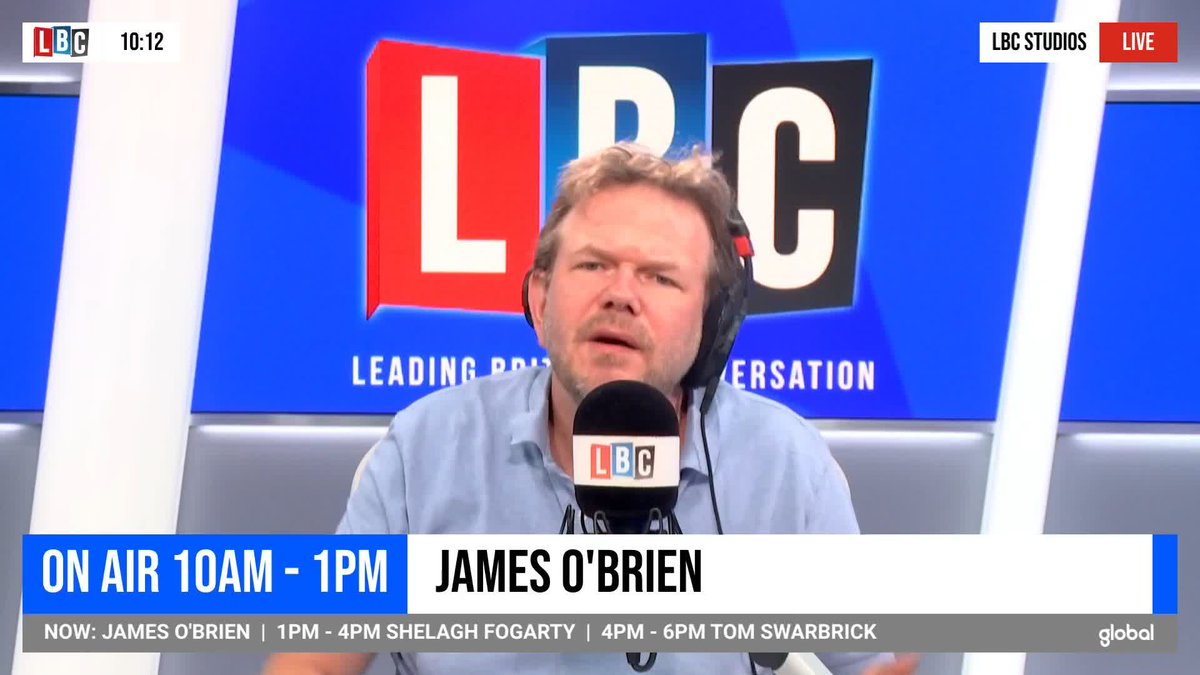 @euromove
The Daily Mail's Andrew Pierce is educated by Simon Calder on the impact Brexit is currently having on the port of Dover. Ignore the guff about French staffing problems, it's a diversion tactic. Brexit is causing havoc on our travel and trade industries. 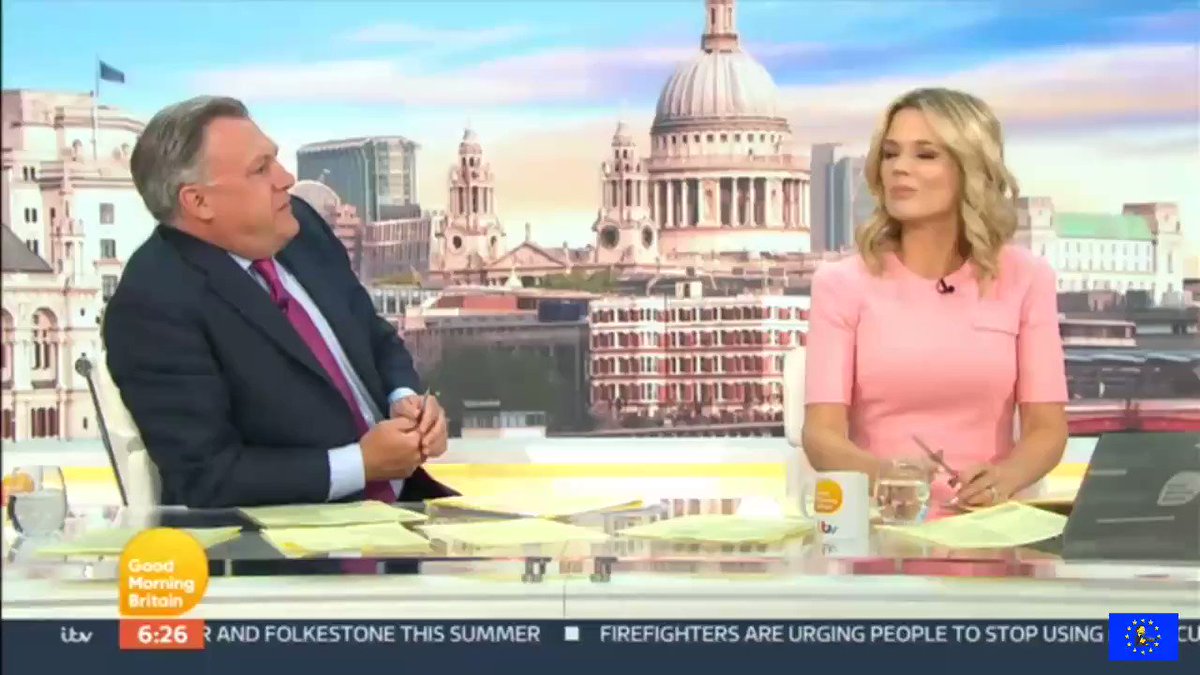 @PeterStefanovi2
“Is Brexit to blame for those queues?” Both Tory leadership candidates decide to lie 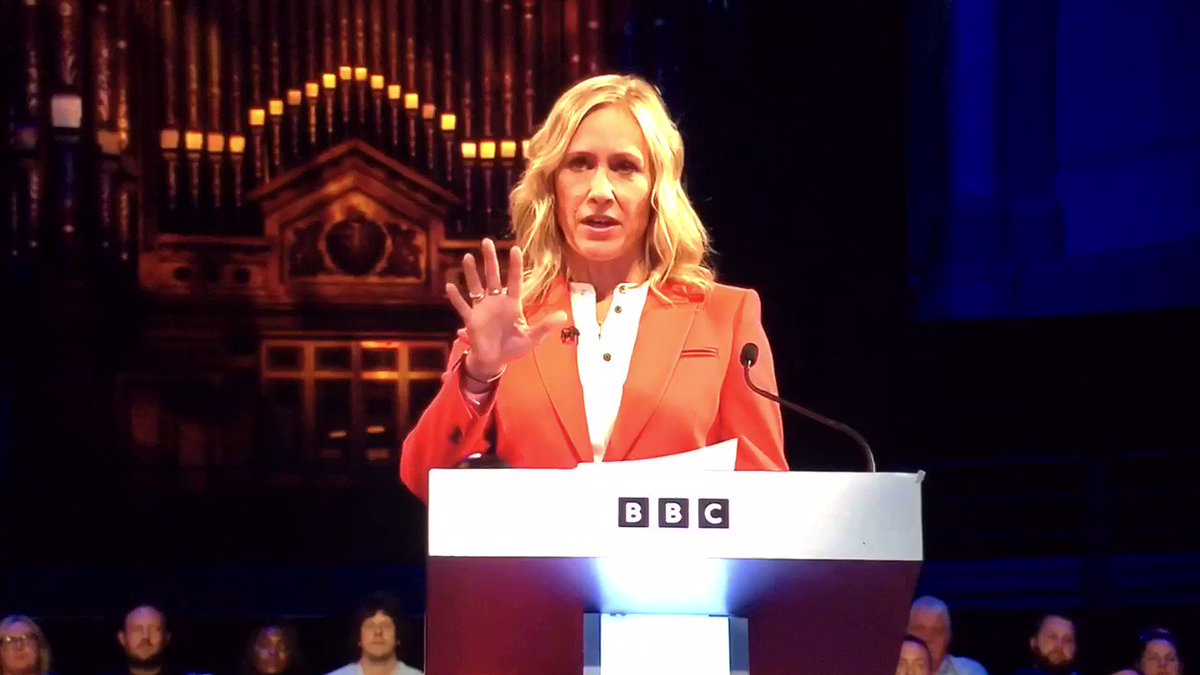 @benhabib6
The port of Dover has cleared its backlog. Operations back to normal. If the backlog had been due to Brexit it would still subsist. Another anti-Brexit theory debunked.
25 Jul, 10:36 AM UTC

@lionelbarber
Every British citizen entering and exiting the EU now has their passport checked and stamped. This has nothing to do with Schengen or French bull-headedness as per Tory tabloid excuses. It is down to Boris Johnson’s hard Brexit deal and UK third country status in relation to EU!
25 Jul, 05:07 PM UTC

@BestForBritain
Having both touted how "we must tell people the truth" (Sunak) and "I'm straight talking and honest" (Truss), they fall at the very first hurdle. Is Brexit to blame for the queues in Dover? ~AA #BBCOurNextPM 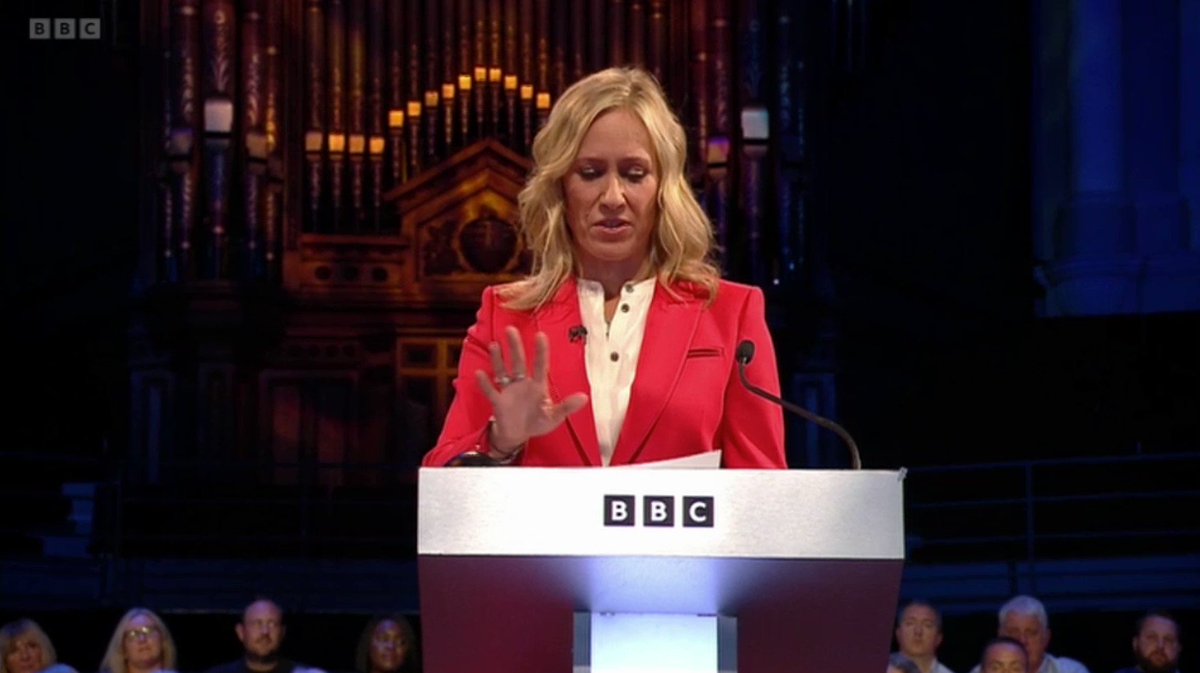 @Rob_Merrick
Is Brexit to blame for the Channel ports holidays meltdown? Truss & Sunak in unison: “No!” The most dishonest moment of the evening …..
25 Jul, 08:59 PM UTC 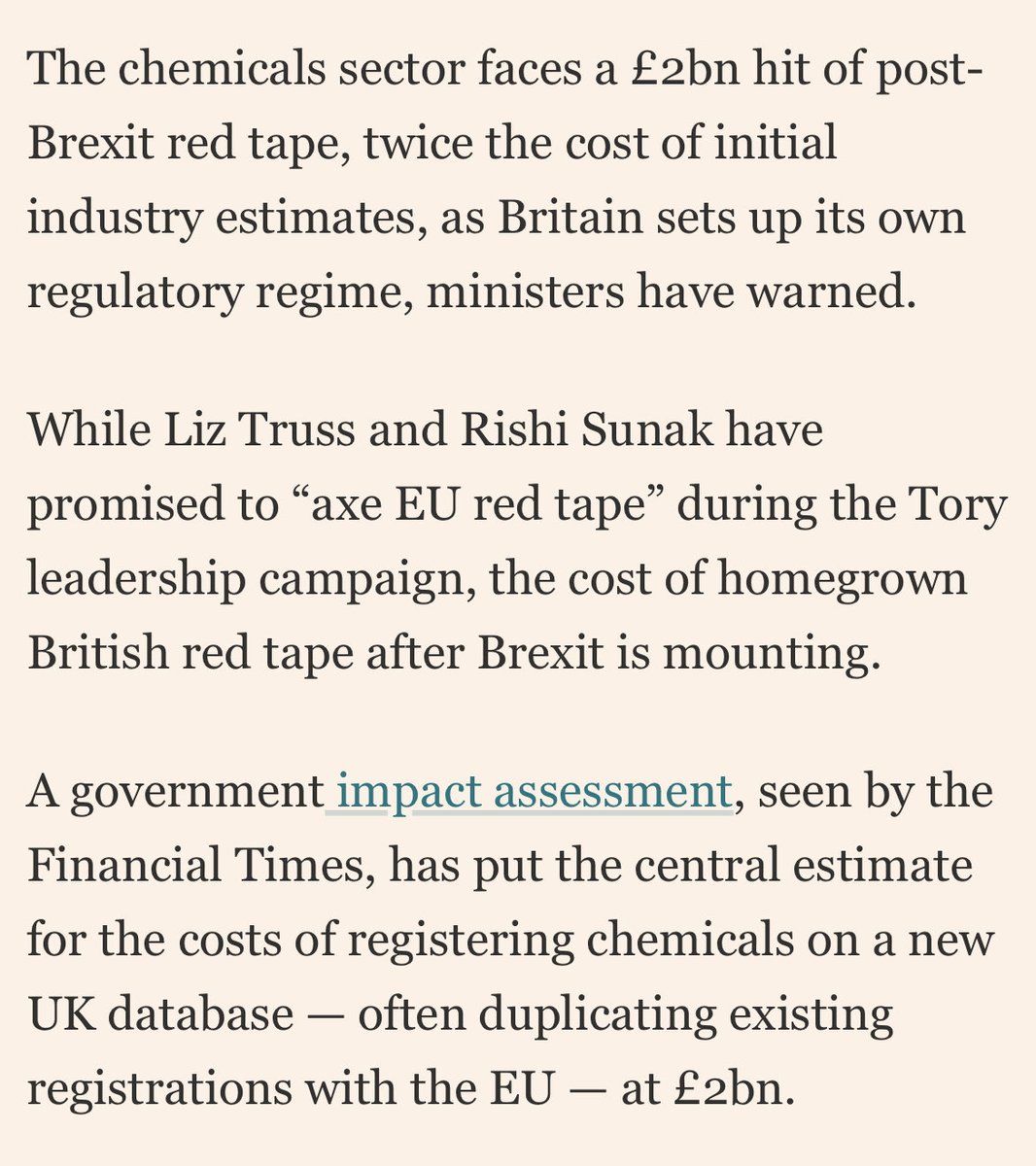 @JamieBrysonCPNI
Northern Ireland is part of the UK, not the EU. It is a preposterous suggestion that the constitutional integrity of NI should be up for “negotiation” with a foreign power. The UK- as one Union- voted to leave. It’s time to free NI from the Protocol & get Brexit done!
25 Jul, 04:29 PM UTC 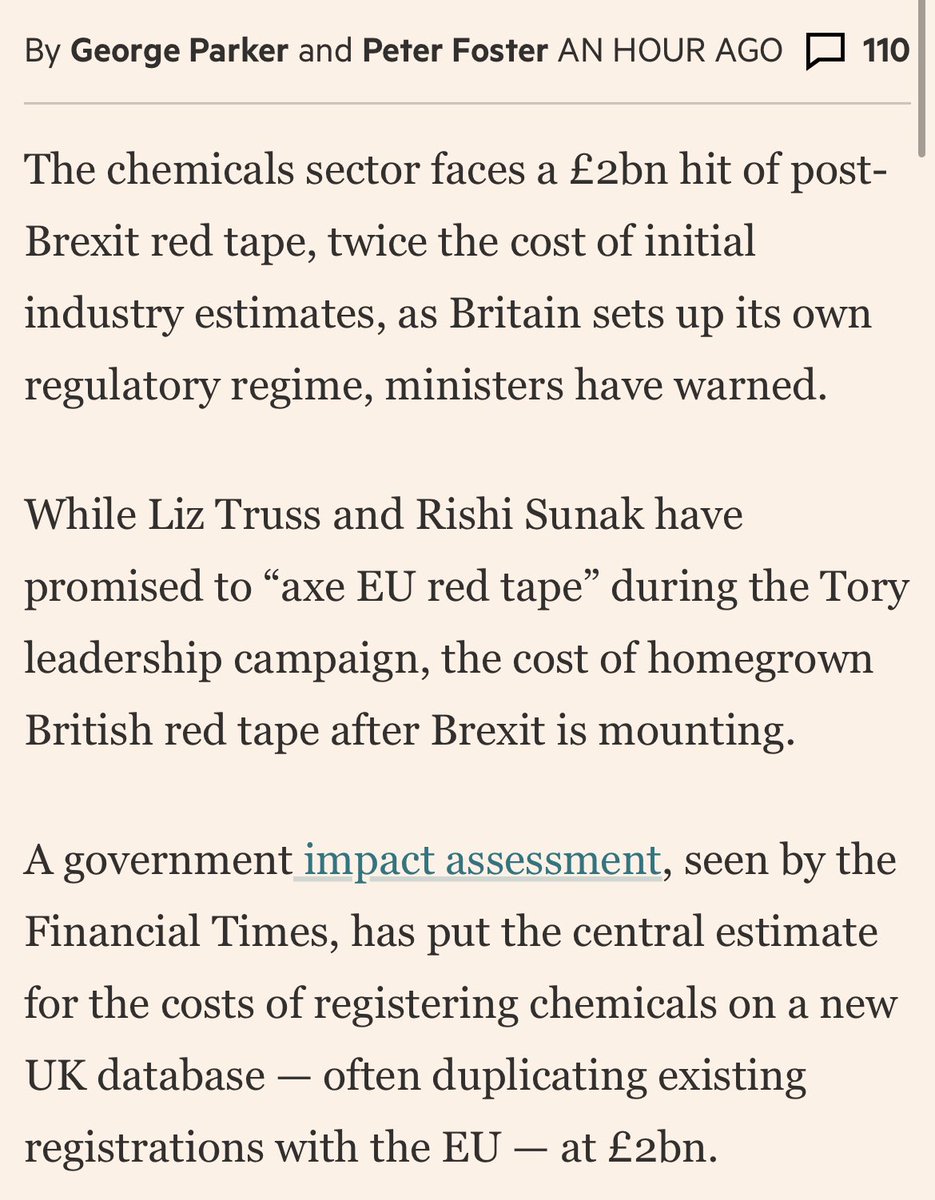 @PeterStefanovi2
Rishi Sunak says Boris Johnson deserves ten out of ten for delivering Brexit Imagine his shock when he finds out the Prime Minister has just admitted his “oven ready” deal is so terrible it’s put the country in “grave peril” & he wants to break international law to get out of it
26 Jul, 07:53 AM UTC

@SimonClarkeMP
Liz has done more than any other Minister I can think of to seize the opportunities of Brexit. As someone who fought incredibly hard to ensure we left the EU properly, she has my total respect and trust. #LizForLeader #BBCOurNextPM 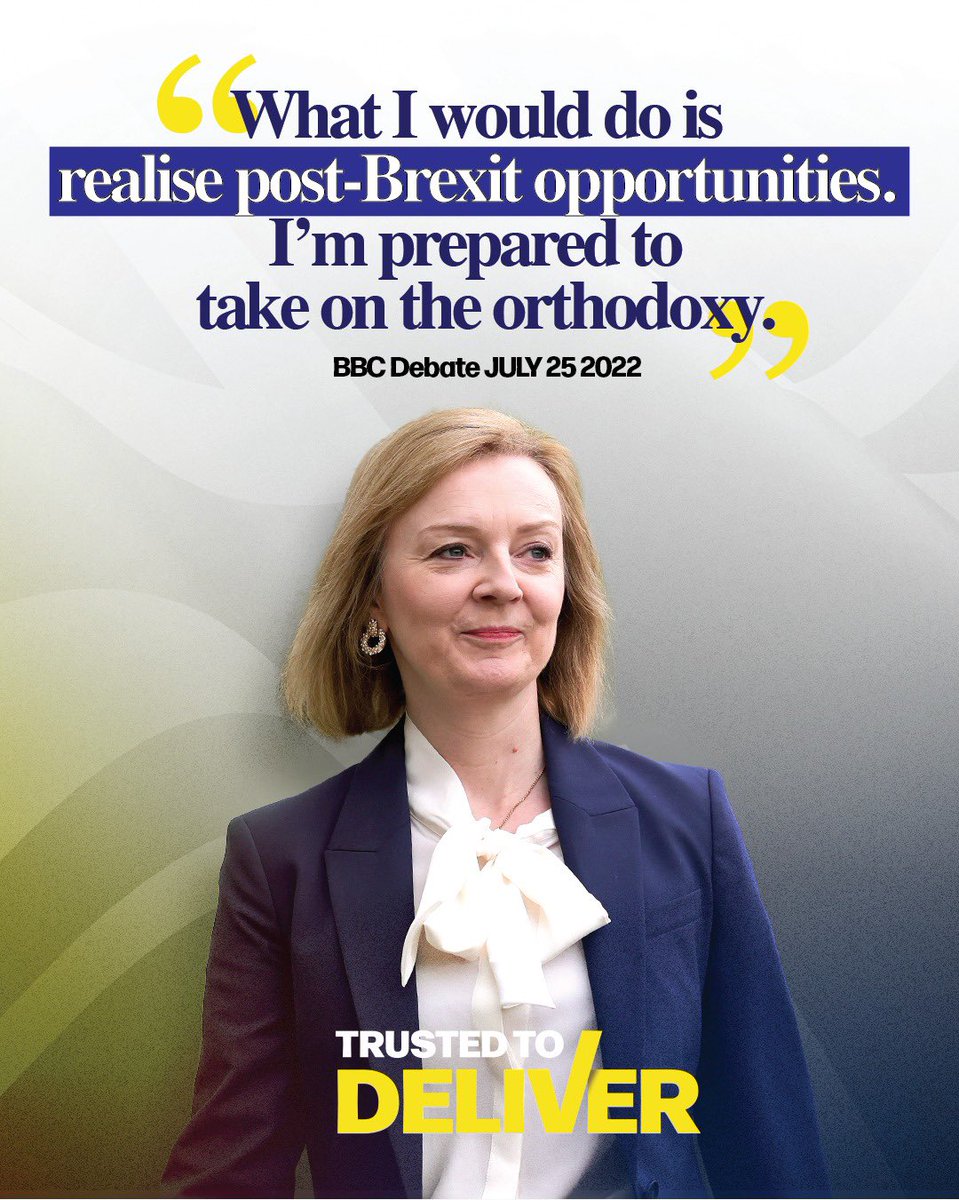 @PeterStefanovi2
“Is Brexit to blame for those queues?” Having just promised viewers they would be honest with the public both Tory leadership candidates almost fell over themselves to see who could lie the fastest 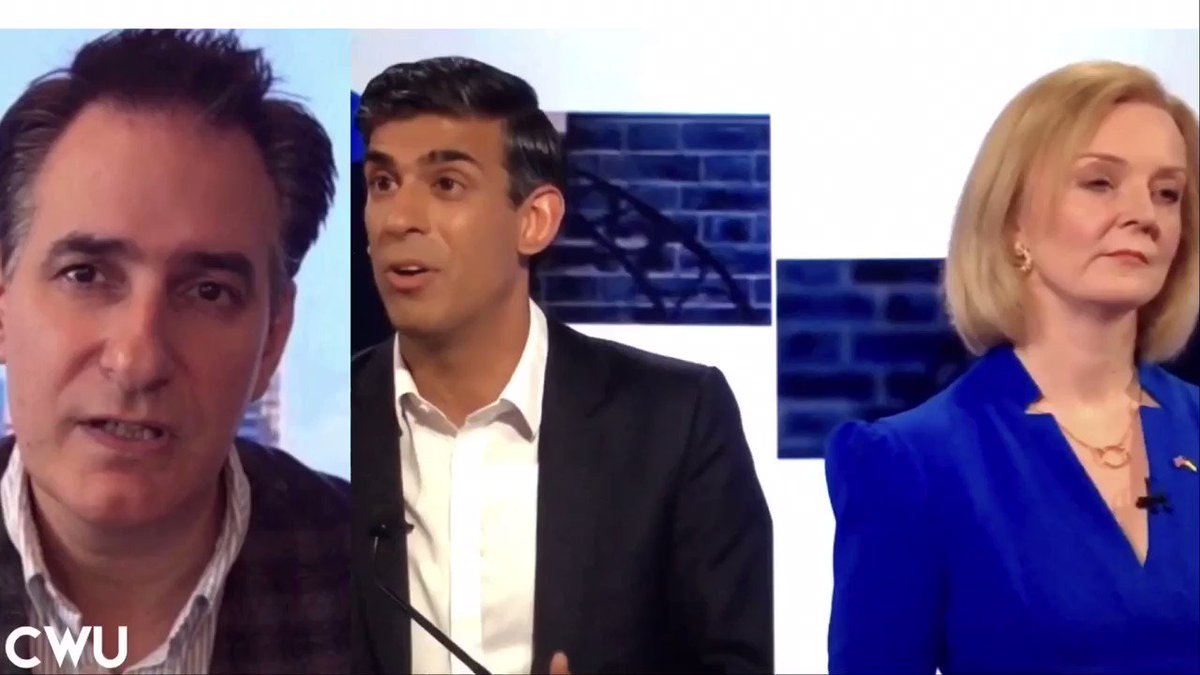 @Anna_Soubry
Thank you @theJeremyVine for playing this on your @BBCRadio2 show & rightly so. #Brexit was built on lies - the dreadful situation at #Dover is due to Brexit. Time for other broadcasters to report facts, call out the liars & expose #BrexitReality https://t.co/BSQfn6QpRM
25 Jul, 11:18 AM UTC

@KwasiKwarteng
There’s no louder champion than @trussliz when it comes to making the most of Brexit. That’s why she spent over a year signing world-leading trade deals with our international allies - ie. actually delivering Brexit opportunities for British businesses and workers! #LizforLeader
25 Jul, 08:51 PM UTC

Richard Murphy
@RichardJMurphy
Brexit: the cost that just keeps growing https://t.co/atBu2h4S5b One day our politicians will have to start telling the truth about Brexit - but that's clearly not yet based on yesterday's collective performances.
26 Jul, 07:12 AM UTC

@LBC
The easyJet CEO tells LBC that the number of EU nationals working for the airline has dropped by 37.5% due to Brexit, causing some travel delays. @NickFerrariLBC 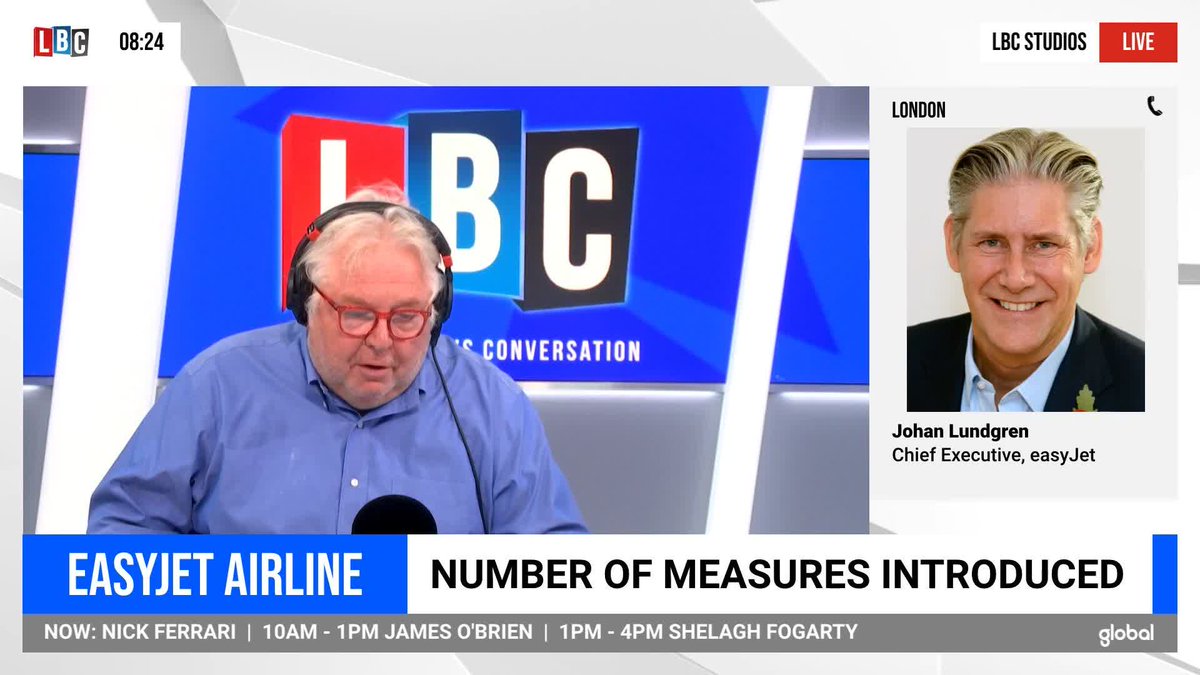 REJOIN AND REFORM
@sonofr
When in 1986 Margaret Thatcher signed the Single European Act, it initiated a quarter-century of sustained growth. This era ended in 2019 with Johnson’s hard Brexit. If @Keir_Starmer wants economic growth he has to embrace the EU, not Brexit. Tell him somebody!
26 Jul, 03:39 AM UTC

sarah murphy
@13sarahmurphy
@Mij_Europe @jonlis1 Stupid having that as a yes/no question only. They are never challenged on their Brexit zealotry… the NI protocol mess… their idiotically damaging and economically negligible trade deals… the v dodgy freeports… it’s all given a free pass. As you say, miserable.
25 Jul, 09:19 PM UTC

@SimonCalder
The prime ministerial candidates agree on one thing: queues at the EU external frontier that the UK wanted in Kent are nothing to do with Brexit. Travel chaos at Dover and Folkestone is all the fault of the French says former foreign secretary Jeremy Hunt. https://t.co/T82F0UUKWf
26 Jul, 07:12 AM UTC

@Sathnam
Lots of other people were thinking: "this is horrendous and not the way I want to see Britain". With Brexit and the culture wars on race, imperialism, and everything else... they won. https://t.co/AbgguRuYch
26 Jul, 08:26 AM UTC

Brexit Bin 🇪🇺🕊🇺🇦 #BrexitReality
@BrexitBin
Freedom of Movement is the best thing the EU ever invented! It gave the working class a RIGHT to travel, study, work and live across Europe's borders! Brexit took away that right from us. But by rejoining the Single Market, we'd get it back. #BrexitReality https://t.co/FI5iHz7eKy
26 Jul, 08:18 AM UTC