Browns is trending on Twitter. Popular tweets on Browns. 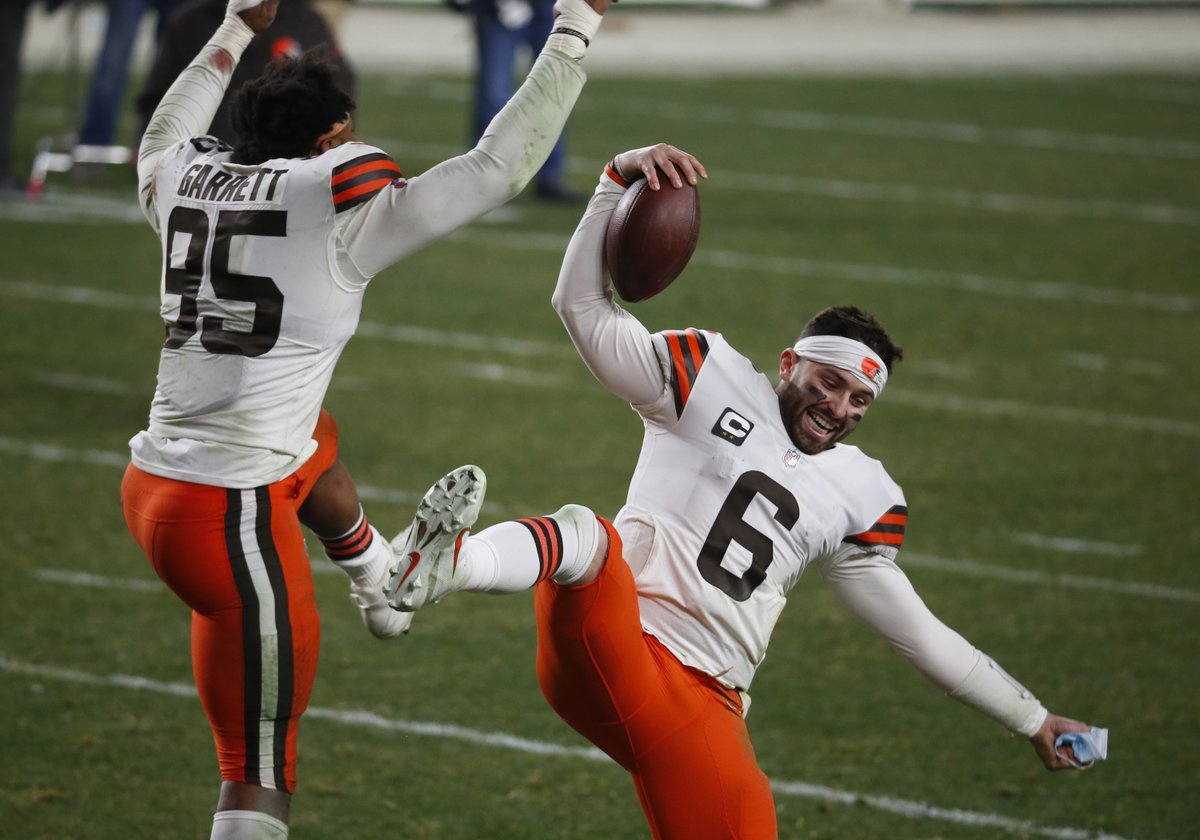 @joehaden23
Chiefs Vs Browns! This is wild! I’m honestly Happy for the browns fans! They Treated me like Gold in CLeveland. Can’t say the same about management...
17 Jan, 07:58 PM UTC 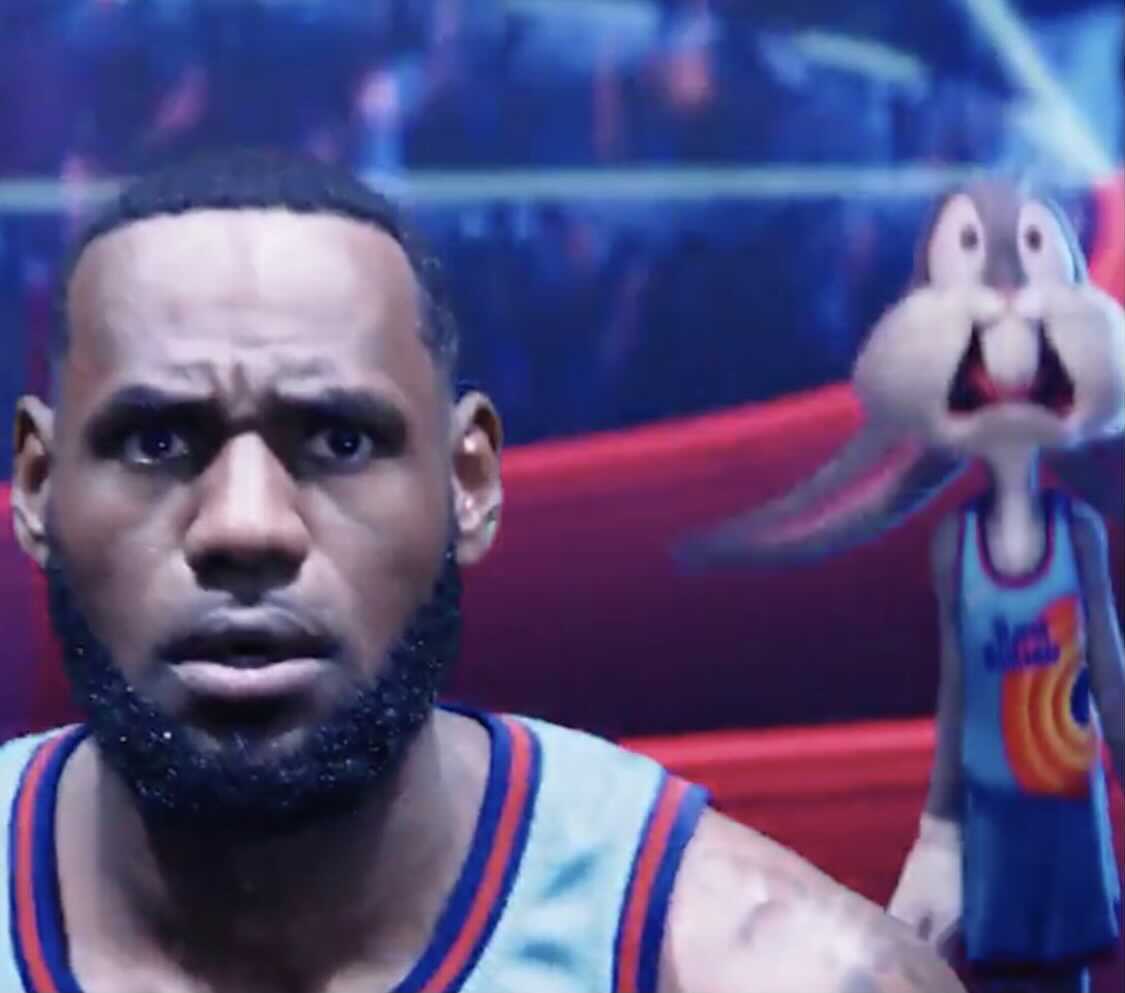 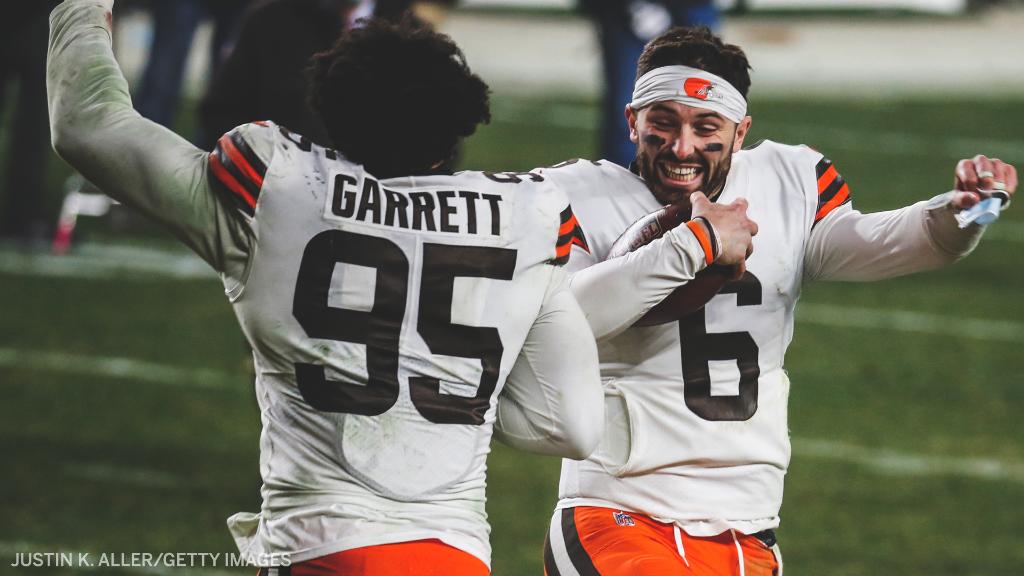 @Browns
Today's the day. RT if you're ready for GAMEDAY! #WeWantMore 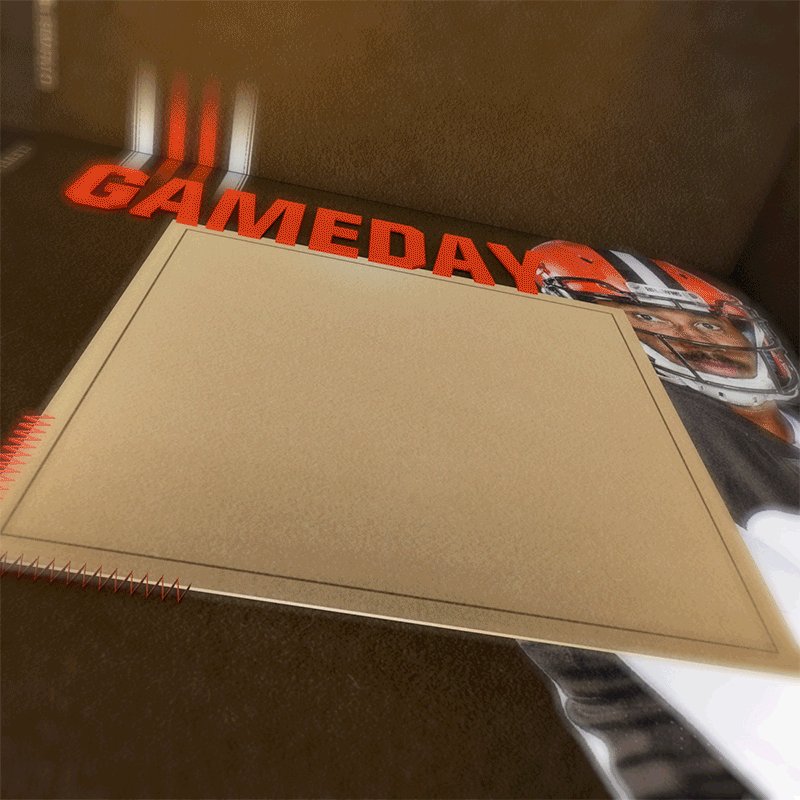 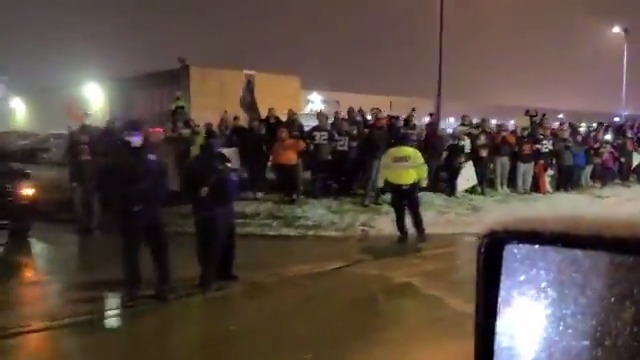 @stephenasmith
Feel bad for @bakermayfield. He’s playing well, and then Higgins loses the ball near a TD for a touchback. It’s an unfair rule. The offense should maintain possession, but it is what it is. And hey @Browns, how about giving Kareem Hunt a few touches. That would be nice.
17 Jan, 09:38 PM UTC 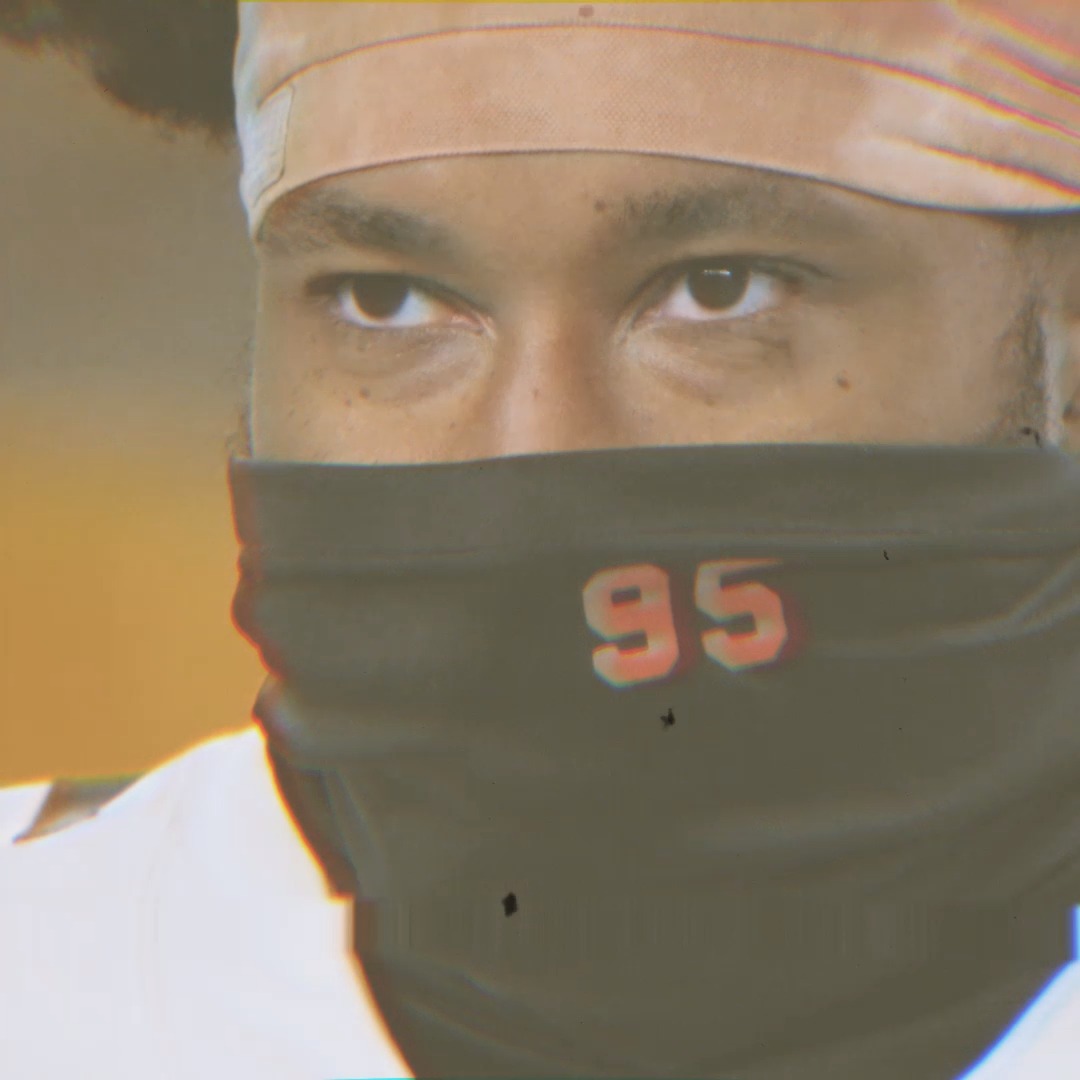 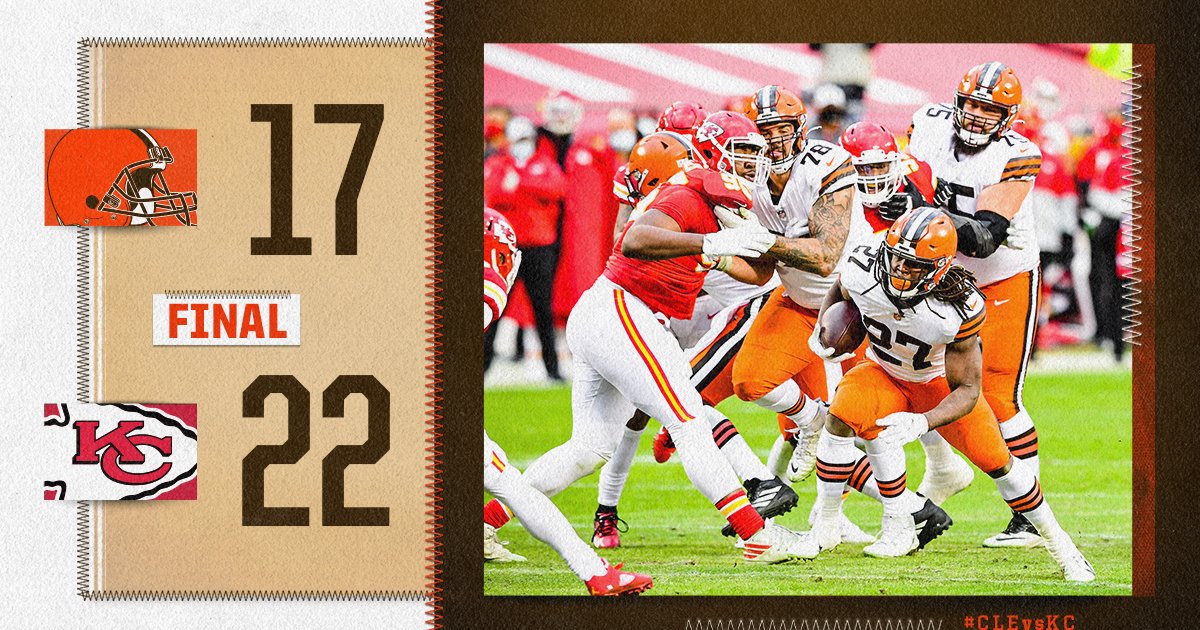 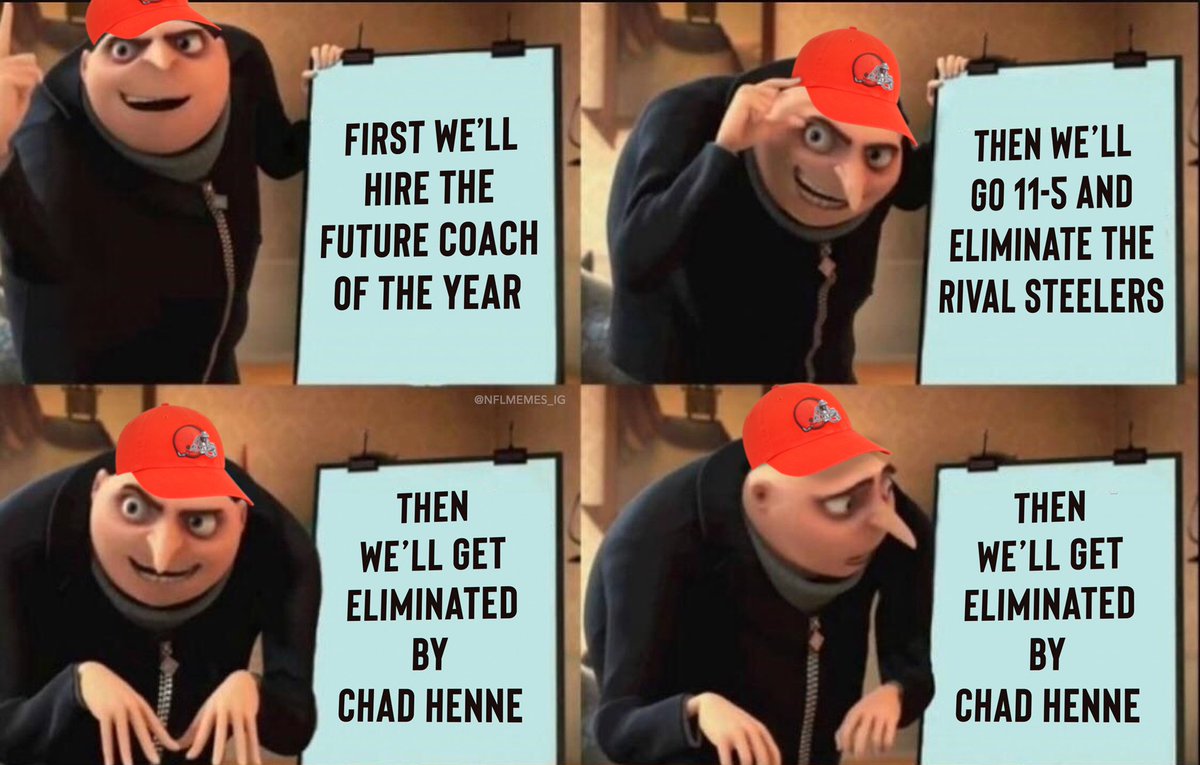 @ProFootballTalk
"Sorry, Browns, we messed up by not throwing a flag for leading with the helmet but there's nothing we can do about it. Have a nice day."
17 Jan, 09:24 PM UTC

@richeisen
Take ❤️ @browns fans. The same ol’ #Browns would have folded and we would be referring to this game as The Pylon. Instead, they fought tooth and nail. The future is so bright @bakermayfield can turn his cap backwards and put on shades.
17 Jan, 11:09 PM UTC

@RPatrickAllen
Not to rub it in or anything but Patrick Mahomes is so good, he beat the Browns in 3 quarters.
17 Jan, 11:11 PM UTC

@Espngreeny
Brilliant season for the #Browns. Coach is outstanding, Baker is the most improved player in the league, lots of talent. Made the playoffs, beat their rival on the road. Go into next year as a legit Super Bowl contender.
17 Jan, 11:10 PM UTC

@KingJosiah54
How Henne did the Browns 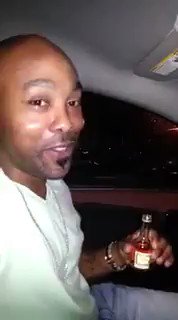 Johnstone
@JStoneTrivia86
Helmet to helmet contact? Not reviewable... but we just reviewed it to make sure it was a touchback. Makes a lot of sense. #Browns #NFL 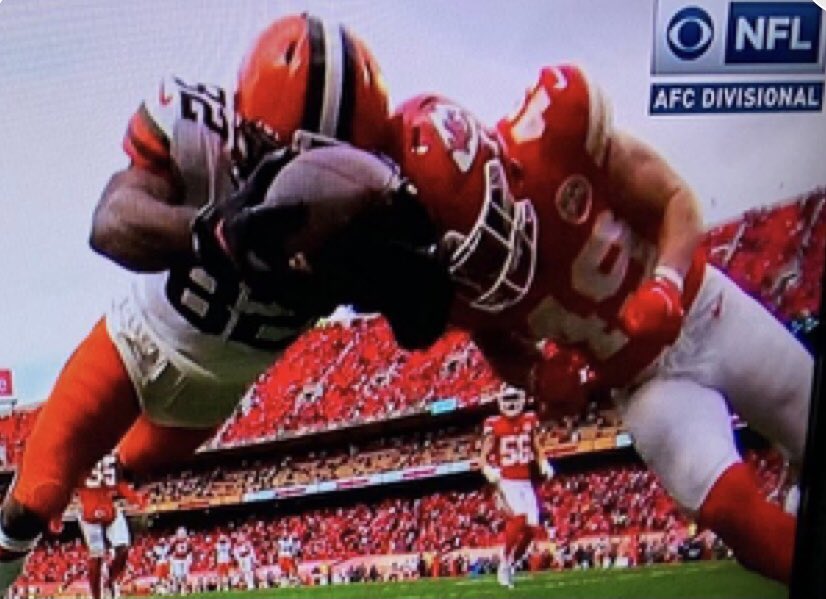 @camijustice
#Browns Baker Mayfield said they've set a new standard and that the message in the locker room is: "we're going to be back."
17 Jan, 11:51 PM UTC

@MarkJWeather
Thank you @Browns ! What a season! 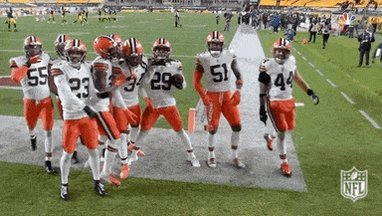 Joey aka Sir Yacht
@SirYacht
Johnny Manziel out of all people made fun of the Browns for losing to the Chiefs today... ...so here is the roast of @JManziel2🤬 https://t.co/MRwoN5O5rk
18 Jan, 04:23 AM UTC

Kevo
@Kevo_Bevo
#Browns fans lost the right complain about the touchback when they got to play against a Chad Henne led offense for almost an entire half. Enjoy the fucking off-season clowns.
18 Jan, 12:11 AM UTC

@twithersAP
Cleveland's been ready for this for 20-plus years. Good for you, loyal Dawg Pounders. #Browns
17 Jan, 07:57 PM UTC

@BSO
Dumbest rule in NFL pops up again.... If he fumbles at 1 yard line. It’s 1st and goal Browns. He fumbles and it rolls one inch in the end zone, it’s a touchback and ball goes to chiefs. Makes no sense.
17 Jan, 09:21 PM UTC