Calipari is trending on Twitter. Popular tweets on Calipari.

@KySportsRadio
Calipari’s decision to have this team shoot quickly on Offense has been a great one They are so much more effective early in the shot clock and playing quickly
27 Feb, 09:32 PM UTC 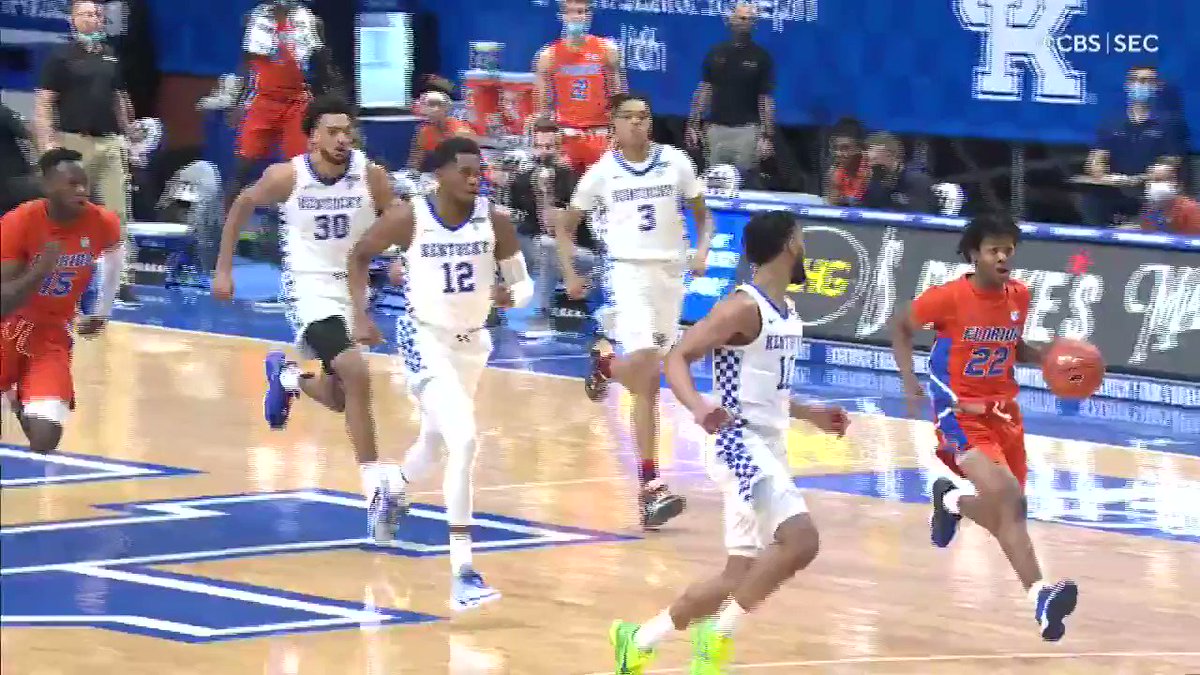 @KySportsRadio
Calipari said there was some discussion of scheduling an extra game on Thursday against a “top ranked” team in order to try and build case for an At Large bid He says that likely won’t happen now
27 Feb, 11:36 PM UTC

@KyleTucker_ATH
John Calipari: “We had some individual bad play today, and that happens. They’re not machines, they’re not robots. We had a couple guys play their worst games, no energy, and we still had a shot.”
27 Feb, 11:29 PM UTC

@KyleTucker_ATH
Calipari on Keion Brooks' dud today: “Really surprising. I have no idea. He lost one ball and then did not sprint back and let them dunk a ball. But I’m going to say this: I love him, he’s played great for us, they’re not machines, they’re not robots.”
27 Feb, 11:31 PM UTC

Darrell Bird
@DarrellBird
Calipari hates playing 3 games in 3 days before NCAA Tournament. Not an issue this year. It'll be 4 games in 4 days just to get there.
27 Feb, 11:23 PM UTC

@KyleTucker_ATH
Calipari says of adding one more game: "Probably not now." Had a "top" team lined up. Sounds like they thought if they won today they could maybe try to make their case for an at-large with a late surge. Just gonna regroup for Nashville now instead.
27 Feb, 11:32 PM UTC

@JDrumUK
Calipari on turnovers today: Probably because guys were going back to trying to make their own play instead of creating something for a teammate.
27 Feb, 11:37 PM UTC

@JDrumUK
Asked about Keion Brooks' uncharacteristic game, Calipari says it was really surprising. I love him, they're not robots or machines, but this wasn't his best game.
27 Feb, 11:31 PM UTC

Ben Roberts
@BenRobertsHL
Calipari said he put Dontaie Allen in in the second half and basically told his guys to just "find him." "Guess what? They didn't even look at him." Allen played 4 minutes and took no shots in the 2nd half.
27 Feb, 11:33 PM UTC

🦅Carter🦅
@FASHlONKlLLA_
LMFAOOOO WE BOUNCED THEM FROM THE NIT???? GOODNIGHT AND GOODBYE CALIPARI
27 Feb, 11:23 PM UTC

@JDrumUK
Asked how you compensate when you don't have a PG who can make plays, Calipari says you hope someone else can do it, but they couldn't get it from anyone else trying to go through the post. Estimated they had 7-8 bad passes that took away good jumpshot opps.
27 Feb, 11:38 PM UTC

@JDrumUK
Calipari: There were so many plays that, if you want to win, that can't happen. Disappointing.
27 Feb, 11:34 PM UTC

Vaughts' Views
@vaughtsviews
Calipari ends press conference with this: "Back to the drawing board." He was visibly upset and disappointed with his team's passing and lack of teamwork.
27 Feb, 11:39 PM UTC

@JDrumUK
Calipari says there was some discussion of squeezing in an extra game against a "top-ranked" team on Thursday, "but probably not now." Cats aren't getting in as an at-large team, so extra games may not be sought.
27 Feb, 11:33 PM UTC

@johnclayiv
Calipari: "They spread the court, we should be playing faster, but guys got tentative. We had some individual bad plays, but that happens. They're not robots."
27 Feb, 11:30 PM UTC

@JohnWDRB
John Calipari ends his news conference with "back to the drawing board." Feels like that's not a good sign on February 27th
27 Feb, 11:40 PM UTC

@johnclayiv
Calipari on Keion Brooks: "Really surprising. Had no idea. He lost one ball and did not sprint back and let them dunk the ball . . . I love him. They're not machines, but he wasn't very good today." #BBN #ukbasketball
27 Feb, 11:32 PM UTC

@JDrumUK
UK coach John Calipari: Had some individual bad play today. They're not robots. Some guys played their worst game, no energy. Left their best 3-point shooter for a wide-open shot coming out of the timeout under 4. Thinks people will play 40 min of zone vs. Cats after this.
27 Feb, 11:30 PM UTC

Tyler Vincent
@tquinnv
@ThingsBBNLikes In a world where calipari is suppose to be a PG aficionado, and the last 3 seasons have given us teams that don’t have a PG that can set the table for the rest of the team is absurd
27 Feb, 11:27 PM UTC

Tres Terrell
@TerrellTres
John Calipari says they likely won't add a non-conference game to the schedule next week. Says there was a top-ranked team ready to play in order to make a case for an at-large bid, but “probably not now.”
27 Feb, 11:40 PM UTC

Anthony Wireman
@awireman
Calipari says he put Dontaie Allen in and told the team to get him a shot, which they didn't do. He muttered something like "not sure if they wanted to get theirs or what"
27 Feb, 11:40 PM UTC