Capitol is trending on Twitter. Popular tweets on Capitol.

walter halter
@jinsflush
i learnt english by choosing whatever tenses sounded good to my ears
11 Sep, 08:37 AM UTC

@Cernovich
20 years later it’s hard to imagine the heroism displayed by first responders, who are now openly despised by New York City and state leaders, and whose personal sacrifice is downplayed by the Commander-in-Chief, who compares this deadly attack to a small riot at the Capitol.
11 Sep, 03:38 PM UTC

@MacFarlaneNews
$100,000 US Justice Dept reward remains available for information leading to the identification of the person who placed suspicious devices on Capitol Hill on the night of Jan. 5 https://t.co/rKKviRPYQN

@mattxiv
thinkin about mark bingham, one of the men who stormed the cockpit of flight 93 on 9/11 and stopped the plane from likely crashing into the capitol building (it crashed in a field in pennsylvania instead). he was openly gay and once told his mom, “there are not enough gay heroes” https://t.co/aHTQ4NYunj
11 Sep, 04:56 PM UTC

Julie Kelly 🇺🇸
@julie_kelly2
There are many veterans of Bush’s war on terror who were at the Capitol on 1/6. Some are incarcerated at the DC jail including Jeffrey McKellop, Jessica Watkins, Robert Morss, Dominic Pezzola. Bush told America today they are terrorist. He is a disgrace.
11 Sep, 04:57 PM UTC

@SteveSchmidtSES
patriotism. He spoke important words. For as long as the United States endures as a free nation we must all remember the blood sacrifice made in a Pennsylvania field that saved the Capitol of the United States from annihilation on 9/11/01. At this spot, lives of ordinary
11 Sep, 06:52 PM UTC

Sherman McCoy
@wasphyxiation
Will not be sharing a “where were you on 9/11” bc if you’re my age you’ll have the same story Instead, please join me in remembering Todd Beamer of Flint, Mich today. He led the United 93 passenger revolt that near certainly saved the US Capitol from destruction. “Let’s roll.” 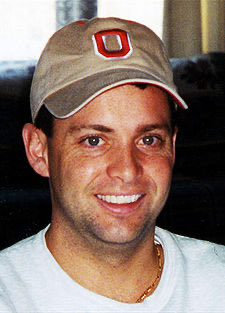 @SteveSchmidtSES
others but one of freedoms most enduring symbols, the Capitol of the United States. At this sacred spot which is linked with places like Normandy, Gettysburg, Bastogne, Lexington, Selma, Birmingham, and hundreds more, we remember our highest ideals with reverence, awe
11 Sep, 06:52 PM UTC

@RepSwalwell
I was 20 years old and on my way to my Capitol Hill internship when the world changed. Like for millions of others, September 11 set my priorities straight: I quickly grew up and resolved to do all the good I could for my country. #NeverForget @911memorial 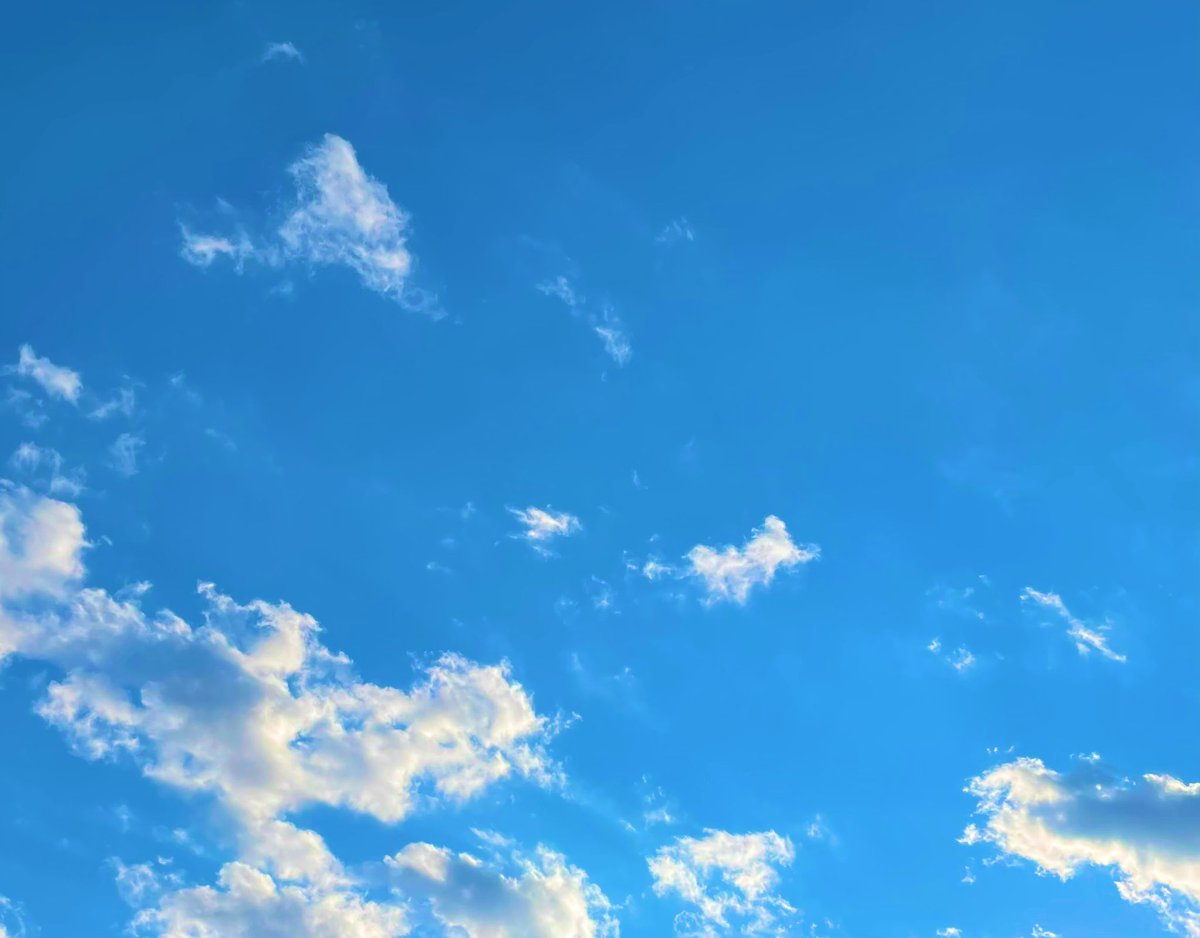 @kyledcheney
BREAKING: The Capitol Police have released results of their internal misconduct probes into officers' behavior on Jan. 6. Of 38 cases, 6 were sustained including 3 for "conduct unbecoming."
11 Sep, 10:21 PM UTC

Lindy Li
@lindyli
The GOP is attacking Bush for rightfully calling the 1/6 insurrectionists terrorists In a week these thugs will once again descend on the US Capitol. Call it what it is: Republican-sponsored terrorism Terrorists only need to succeed once. We have to succeed every single GD time
12 Sep, 12:31 AM UTC

Tom Joseph
@TomJChicago
Trumps’s absence on 9/11 is welcome. As Pres Bush gave a moving speech at Shanksville, remember that it’s Trump, a domestic terrorist, who set up & promoted the Capitol attack- the same building al-Qaeda tried to destroy w/ flight 93. His continued freedom is a stain on America.
11 Sep, 06:29 PM UTC

AgMan
@Ar_De_122
@PaulaEbben Think about 40 American passengers on flight 93 voting to sacrifice themselves to save the U.S. Capitol building. Then think about their countrymen busting heads and breaking down doors to smear shit on the same Capitol walls 20 years later. I am.
11 Sep, 05:10 PM UTC

@ZaleskiLuke
@mikememoli @svdate On September 11 it’s important to remember the former president is a traitor who fomented a domestic terror attack on the US Capitol in order to stop the certification of his legitimate loss and in effect overthrow the country and rule of law. And he was never brought to justice.
11 Sep, 02:16 PM UTC

@SenWhitehouse
The State Capitol looked particularly beautiful this morning as we remembered 9/11. 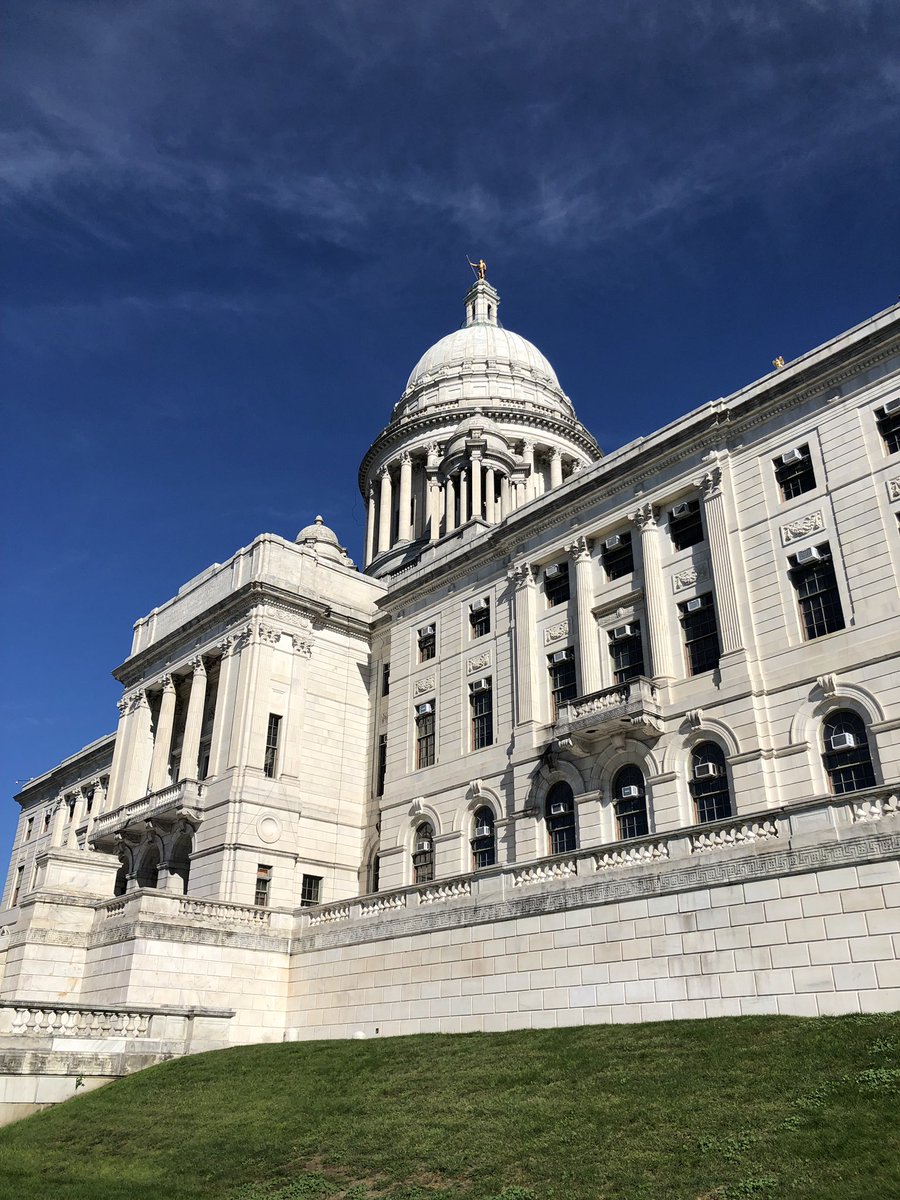 @cnnbrk
The US Capitol Police say that disciplinary action has been recommended in six cases against officers after internal investigations into the January 6 attack https://t.co/NNqsjZmdOG
12 Sep, 12:11 AM UTC

Lindy Li
@lindyli
Trump’s spokesperson said he had the option to attend the 9/11 memorial ceremonies but chose instead to attend a photo opp and boxing match This is the ghoul for whom people down sheep drench, refuse vaccination, smear our elections & attack our Capitol Unf-ingbelievable
12 Sep, 03:04 AM UTC

@BillPascrell
248 days ago terrorists ransacked the US Capitol and *hours later* 138-of-202 (68%) House republicans voted to make trump a dictator. They tried to finish the rioters’ job and end democracy. Never forget it.
12 Sep, 01:21 AM UTC

Nate Mook
@natemook
Today I had the honor of delivering @WCKitchen meals to @dcfireems Battalion 1 & met Engine Co. 12. Lieutenant Felder was driving home after his shift when the attack started. He turned around & was deployed to help protect the Capitol. Grateful for their service. #September11 https://t.co/zD3DelZ3em
11 Sep, 06:19 PM UTC

The Hoarse Whisperer
@TheRealHoarse
The Secret Service knew the Capitol was going to be attacked. And they knew only Democrats were the targets. https://t.co/ibpfCE2pcy
11 Sep, 11:45 AM UTC

@ZaleskiLuke
@Rschooley @MollyJongFast On September 11 it’s important to remember the former president is a traitor who fomented a domestic terror attack on the US Capitol in order to stop the certification of his legitimate loss and in effect overthrow the country and rule of law. And he was never brought to justice.
11 Sep, 09:25 PM UTC

@shannonrwatts
One defendant drove to DC from Georgia with two guns and 2,500 rounds of ammo. He missed Donald Trump's speech at a rally on Jan 6, but texted a relative saying he was thinking about attending a Pelosi event and "putting a bullet in her noggin on live TV." https://t.co/5ba6THwJI5
11 Sep, 09:43 PM UTC

@mattyglesias
Folks, the legislative branch is exempt from *all* executive branch rulemaking, which sounds weird when you discuss any individual rule but part of maintaining the constitutional separation of powers. It’s why the Capitol Police aren’t part of DHS or DOJ. https://t.co/VzqAG0O01j
12 Sep, 01:28 AM UTC

State of the Union

Justice For Ashli Babbitt
@ForAshli
US Capitol Police finished investigating themselves, but that is all you are allowed to know. https://t.co/WT1DDqtqnm
11 Sep, 10:50 PM UTC

@GarrettHaake
(It doesn’t need repeating, but I will anyway: The vast, overwhelming majority of Capitol Police officers acted heroically on that day. Our community is humbly grateful for that. Disciplinary action against a handful doesn’t change those facts.)
11 Sep, 10:36 PM UTC

@joshtpm
US Capitol Police, in a very opaque statement, has announced that 6 members of the force have been recommended for disciplinary action tied to the events of January 6th. https://t.co/YjKnPy2yZN 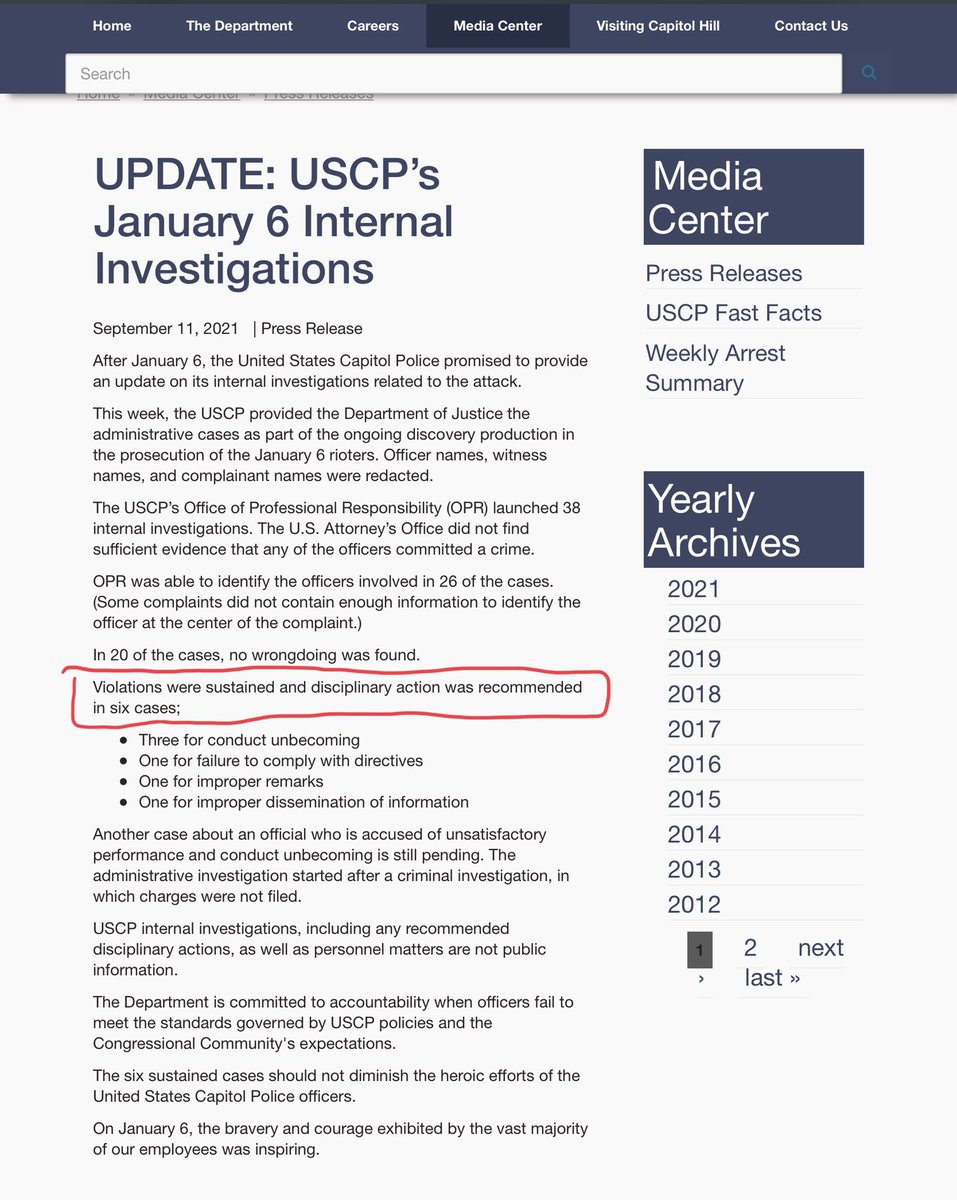 Rico Bo$co
@Return_Of_RB
into smoke and fire at the Pentagon; when the men and women of Flight 93 scarified themselves to save our nation’s Capitol;when flags were hanging from front porches all across America and strangers became friends.
11 Sep, 01:10 PM UTC