Catholic is trending on Twitter. Popular tweets on Catholic.

@DineshDSouza
The media loves to highlight Biden’s Catholicism, but their enthusiasm would evaporate if Biden said one word affirming the Catholic teaching on abortion. For the Left, it seems, the only GOOD Catholic is a BAD Catholic
20 Jan, 10:26 PM UTC

Iris
@IrisHofle
Kellyanne Conway and George Conway said they won't divorce because they are Catholic. But it's OK to mentally, physically and verbally abuse your daughter, Claudia Conway. Yeah, living the authentic Catholic life there.
20 Jan, 03:49 AM UTC

@RapSheet
Former #Colts QB Philip Rivers will now become the head coach at St. Michael Catholic High School in Alabama, a job that’s been waiting for him. "This is the first year I felt like the ending was real” he told @sdutKevinAcee.
20 Jan, 01:53 PM UTC

@ClaraJeffery
Claudia Conway is posting videos to Tik Tok that appear to show her mom being abusive. Evidently her parents do not live together but won't divorce because they're Catholic. Whatever. And whatever the story behind those videos, this kid needs help.
20 Jan, 02:52 AM UTC

@business
Joe Biden will be only the second Catholic president in U.S. history, and he is honoring the first — John F. Kennedy — with a connection. Biden is attending a prayer service at St. Matthew’s Cathedral, where Kennedy’s funeral was held in 1963 https://t.co/lWoo7YX8pR https://t.co/DTbacqQ6Hh
20 Jan, 03:08 PM UTC

@daveweigel
Less than three hours until the Catholic chief justice swears in the Catholic president. You know what comes next. 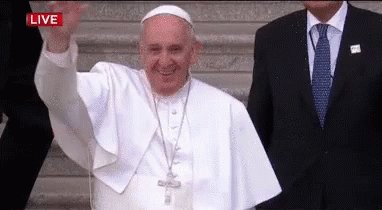 @johncusack
We have a 78 year old catholic president who prayed - not as a stunt - you could see he meant it - who wants to use the awesome powers government to help people in desperate times. Help him pressure him To do what needs to be done new deal progressive policies
20 Jan, 06:39 PM UTC

Tara Gráinne Ní Chonghaile
@TaraGrace_
you can tell Biden is a Catholic with the amount of random sitting down and standing up at this inauguration
20 Jan, 04:50 PM UTC

💋I'm a Fuckin' Princess💋
@Just_ReneaR
A Catholic, a woman of color, a teacher and a Jew.. walk into the white house with a rescue dog. and the world can breath again!
20 Jan, 05:28 PM UTC

@meeshfitz
Usually when I ask my sister if she wants wine she replies ‘is the pope catholic?’ but today she said ‘is the president Biden?’ and it really brought me so much joy. CHEERS 🥂
20 Jan, 11:27 PM UTC

Donna spackman🇺🇸💙🌊⚜️
@donna_spackman
@amyklobuchar As someone said “ A Catholic, a woman of color, a teacher & a Jew walk into the White House with a rescue dog & cat - and we can all release a breath
20 Jan, 09:13 PM UTC

@RealSaavedra
Biden's press secretary, when asked about Biden's support for killing unborn babies, said that she wanted to remind everyone that Biden is a “devout Catholic” and she didn't “have anything more for you on that.”
21 Jan, 12:36 AM UTC

Michael Bayer
@mbayer1248
At #Inauguration: ➡ A Jesuit priest quoting Pope Francis ➡ A Catholic President citing St. Augustine and Psalm 30 ➡ An AME pastor shouting Hallelujah from the steps of the U.S. Capitol Do not for a moment believe the lie that there is a war against Christianity in the U.S.
20 Jan, 05:39 PM UTC

@SkyNews
This is the aftermath of an explosion in Madrid's city centre. At least three people have died and six others were injured after the blast destroyed a residential building belonging to the Catholic Church More on this story here: https://t.co/i1tJxgVZWI 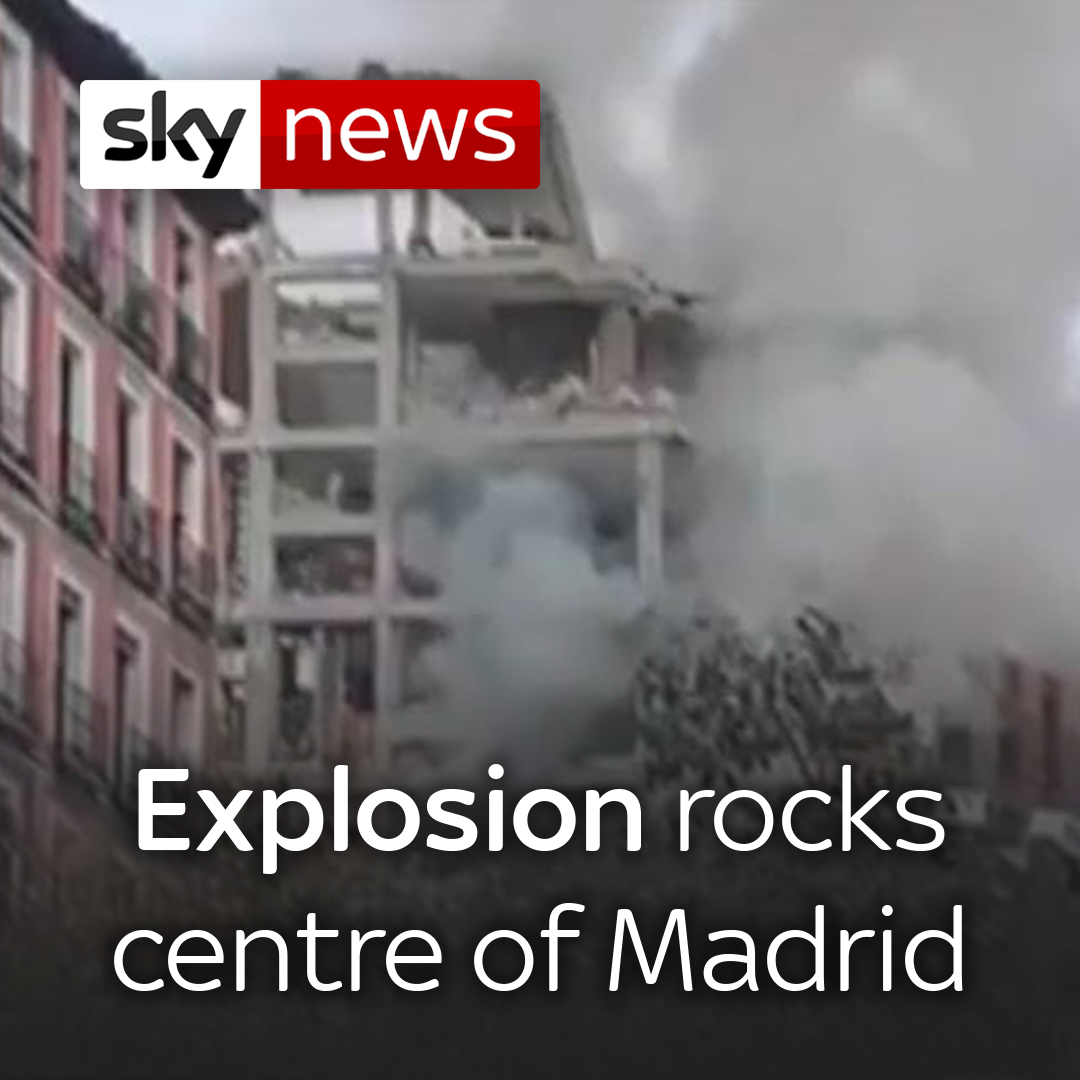 @ANCALERTS
Pope Francis congratulates Joe Biden in his inauguration as the 46th president of the United States. Biden is the 2nd Catholic US president in history. | via @erikreports

@kizzabesigye1
A great prelate, an all-round strong leader, and, truly, a man of God, Bishop John Baptist Kaggwa returns to the Lord. My heartfelt sympathy and prayers go to the family, the Archibishop Cyprian Kizito Lwanga and the entire Catholic Church. A great loss for the country. RIP.

Fr. Paul Hedman
@BackwardsFeet
People are saying that the USCCB's statement on Biden's inauguration is "divisive." You know what's divisive? The Catholic president of the United States publicly disagreeing with the Catholic teaching on the sanctity of unborn life.
21 Jan, 01:02 AM UTC

@dianabutlerbass
It would be nice if a global Catholic news service had a question about the health & well being of the entire population & the common good instead of the utterly predictable Hyde question. Also, Psaki's answer was great: Biden went to Mass this morning.
21 Jan, 12:46 AM UTC

ابن أندراوس🇻🇦
@_ibnandraos
Joe Biden has just been playing 4D chess for his entire career; he is now going to do an about-face and become a reactionary Catholic integralist and allow Pope Francis to annex the USA to the Papal States
20 Jan, 02:53 PM UTC

Collie
@columtyrrell
Biden is the first Catholic president since JFK. And just like JFK, Biden’s presidency will end prematurely due to a brain injury
20 Jan, 07:43 PM UTC

@OpIndia_com
Joe Biden is the second Catholic President of United States. He will use his massive family Bible for the ceremony https://t.co/cjYr6bT0Ic
21 Jan, 12:30 AM UTC

@McCormackJohn
Asked about killing the Hyde amendment, @PressSec Jen Psaki says that Biden is “a devout Catholic” and “I don’t have anything more for you on that.”
21 Jan, 12:33 AM UTC

@OttCatholicSB
⚠️ Today, @ONeducation announced that remote learning would be extended for Ottawa area students, including the Ottawa Catholic School Board. Watch a video message from the Director of Education, @TDOttawa regarding the announcement. 🔗 https://t.co/QUorzL5HeJ #OntEd #ocsb
20 Jan, 10:53 PM UTC

Catholic Democrats
@CatholicDems
Basically, if you are a Catholic and even slightly liberal entertainer, you are somehow involved in this #InnaugurationDay
21 Jan, 01:48 AM UTC

John Gehring
@gehringdc
It’s very unusual and significant when a Cardinal openly challenges his own conference. A sign of how frustrated those Catholic bishops mostly closely aligned with Pope Francis are with the tone and direction of the USCCB. https://t.co/SNomh4WNe7
21 Jan, 12:10 AM UTC