@glennkirschner2
500+ people did not spontaneously & coincidentally attack the US Capitol to “Stop the Steal.” They were instructed and incited to do so by Donald Trump. The evidence supporting that conclusion is overwhelming and incontrovertible. #ChargeTrumpNOW
10 Jun, 02:57 PM UTC

@DeanObeidallah
If Donald Trump is not criminally prosecuted for his role in the Jan 6 Terrorist attack he will 100% do it again. I mean 100%. #ChargeTrumpNOW
10 Jun, 08:46 PM UTC

@AmandiOnAir
Enough is enough. At this point another day of delay is tantamount to complicity. #ChargeTrumpNOW!😡 https://t.co/kGkYCHd8Oj
10 Jun, 06:38 PM UTC

Angela Belcamino
@AngelaBelcamino
Who else agrees that the former guy is a seditious traitor and career criminal? #ChargeTrumpNOW
10 Jun, 08:35 PM UTC

Tim Hannan
@TimHannan
Donald Trump incited INSURRECTION. He planned the event. He told them to March to the Capitol. He said he would join them which was a lie because he knew what was going to transpire. Then he withheld the National Guard. He needs to be brought to justice. #ChargeTrumpNOW
10 Jun, 09:02 PM UTC

Tim Hannan
@TimHannan
Why didn’t Donald Trump march to the Capitol building like he said he would? I guess we’ll never know because that piece of shit has never had to answer for anything he’s ever done. #ChargeTrumpNOW
10 Jun, 09:14 PM UTC

coffee thoughts
@rbeccasharon
@glennkirschner2 I live in rural Montana where the buffalo roam and the deer and the antelope play. Even I knew there was planning of some kind to disrupt Congress doing from its Constitutional duties. #ChargeTrumpNOW
10 Jun, 03:28 PM UTC

Mayo
@MayoIsSpicyy
Trump is an active threat to our country and our freedom. #ChargeTrumpNOW
10 Jun, 09:23 PM UTC

@DeanObeidallah
Why is Donald Trump still not under arrest for inciting the Jan 6 terrorist attack?!! #ChargeTrumpNOW
10 Jun, 08:46 PM UTC

Barbara Malmet
@B52Malmet
#ChargeTrumpNOW because those of us who resisted his major criminality every day for four years believed justice would be coming 1/21/21. How wrong we were.
10 Jun, 10:14 PM UTC

Oh No NONO🐾Nanette
@CA4Elephants
For the US to heal, WE NEED ACCOUNTABILITY! 4yrs Trump planned the insurrection. His minions carried out TRUMP’s plan to over through OUR DEMOCRACY. #DOJ Stop protecting #TraitorTrump WE the PEOPLE DEMAND JUSTICE! #ChargeTrumpNOW If we do nothing, they might succeed next time! 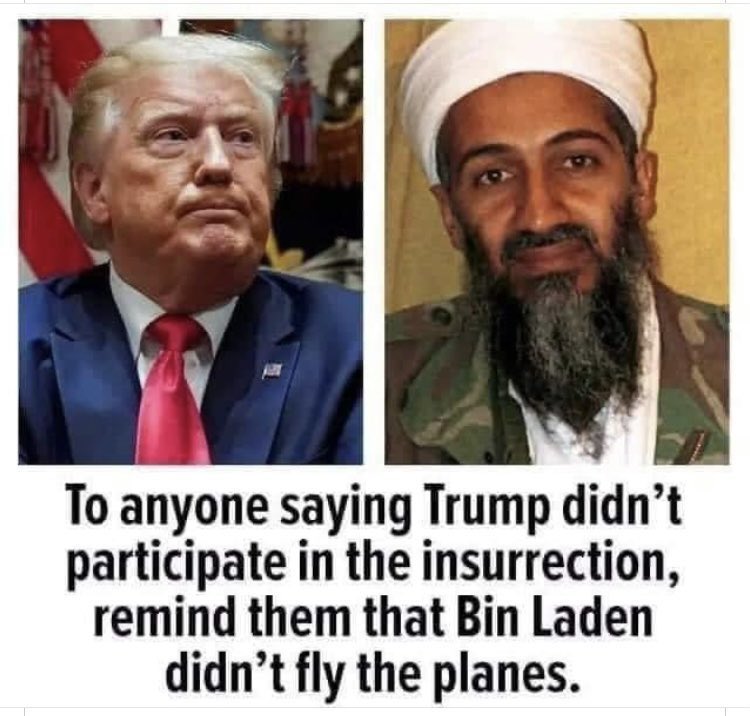 Alfredo Montanez🌊💉💉💛🇺🇲
@Deadpool650
It is necessary that the other guy is charged and held accountable for his actions doing so will strengthen our democracy.#ChargeTrumpNOW
10 Jun, 04:10 PM UTC

Skyleigh Heinen
@Sky_Lee_1
For being the most investigated man, it’s seems that NY AG is the only on doing everything she can to bring him to justice. @TheJusticeDept @FBI what are you waiting for? #ChargeTrumpNOW before he does it again. https://t.co/yi2mNO7zDg
10 Jun, 08:25 PM UTC

Rick Ocean 🇺🇲🇳🇴 #Resister
@RickOceanMusic
We've been too patient. Too much time has gone by to let the Louie Gohmerts of the world create new realities that mold Trump's robots. #ChargeTrumpNOW
10 Jun, 09:05 PM UTC

Amy Jenson
@AmyJenson95
Please remember Trump committed war crimes during his presidency when he sacrificed the Kurdish people so he can keep his business running in Turkey. Let's not forget also how he gave up Kashoggi to the Saudis in exchange for a juicy arms deal. #ChargeTrumpNow
10 Jun, 09:49 PM UTC

@JCTheResistance
Meanwhile, back at the @SenateGOP and @HouseGOP They have conveniently forgotten how to read again. #ChargeTrumpNOW #GOPCorruptionOverCountry Hunting Leaks, Trump Officials Focused on Democrats in Congress https://t.co/A4tHkNjiJM
11 Jun, 12:32 AM UTC

Dick Nick
@greatempyre
What was the reason for trump's first Impeachment? Then ask yourself if evidences haven't come out to support these charges? #ChargeTrumpNOW https://t.co/nAooOGPsS8
10 Jun, 10:09 PM UTC