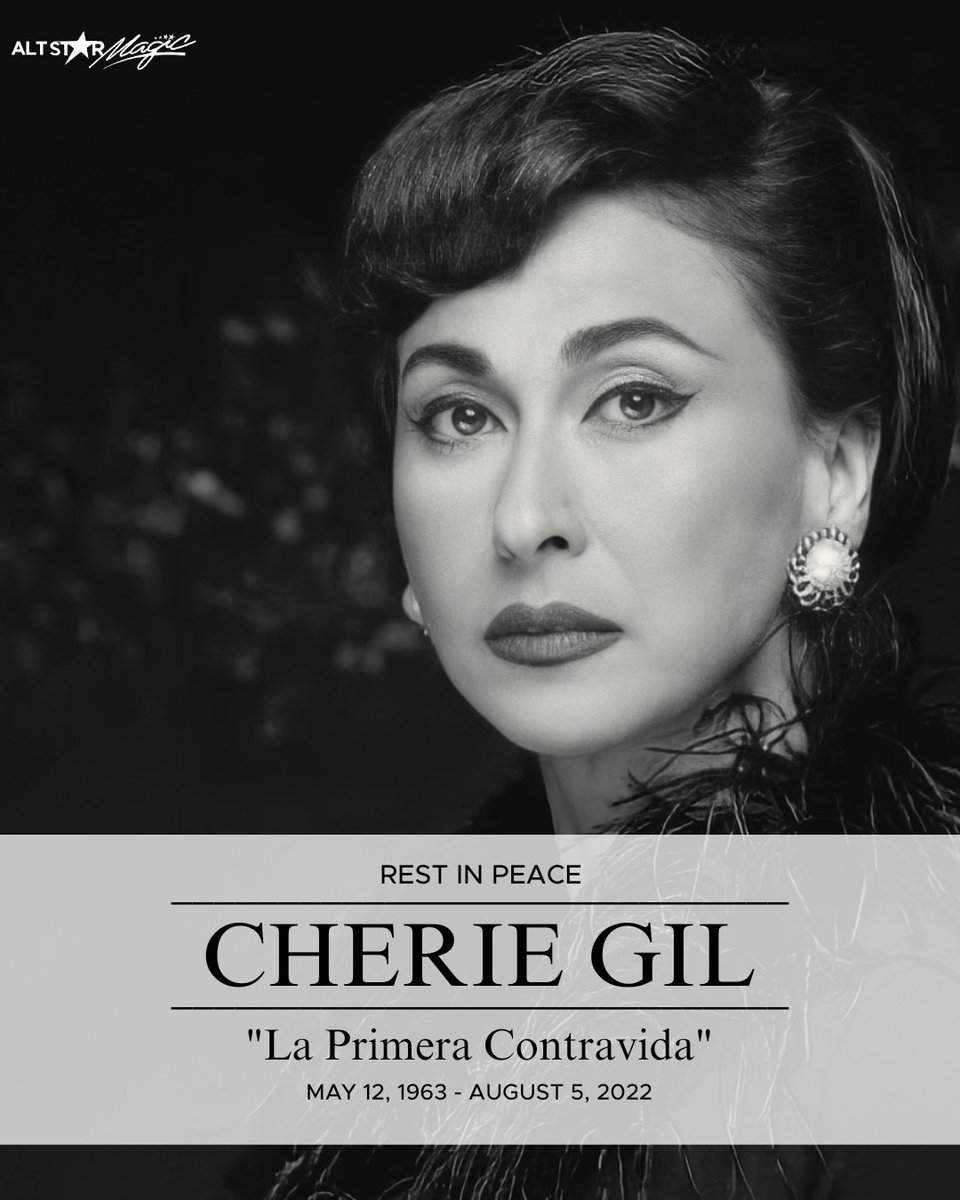 Nicol 🌸
@nikowl
Cherie Gil was one of a kind. She made kontrabidas more exciting. One of the most glamorous stars to grace Philippine cinemas for sure. She exuded class and poise every time you see her. What a loss for us. Here are some of her roles from the 80s/90s/00s/10s. RIP Cherie Gil 😭 https://t.co/1NGWWKeFWS
05 Aug, 01:31 PM UTC

@PhilippineStar
Veteran actress Cherie Gil passed away on Friday, according to talent manager Annabelle Rama. She was 59. 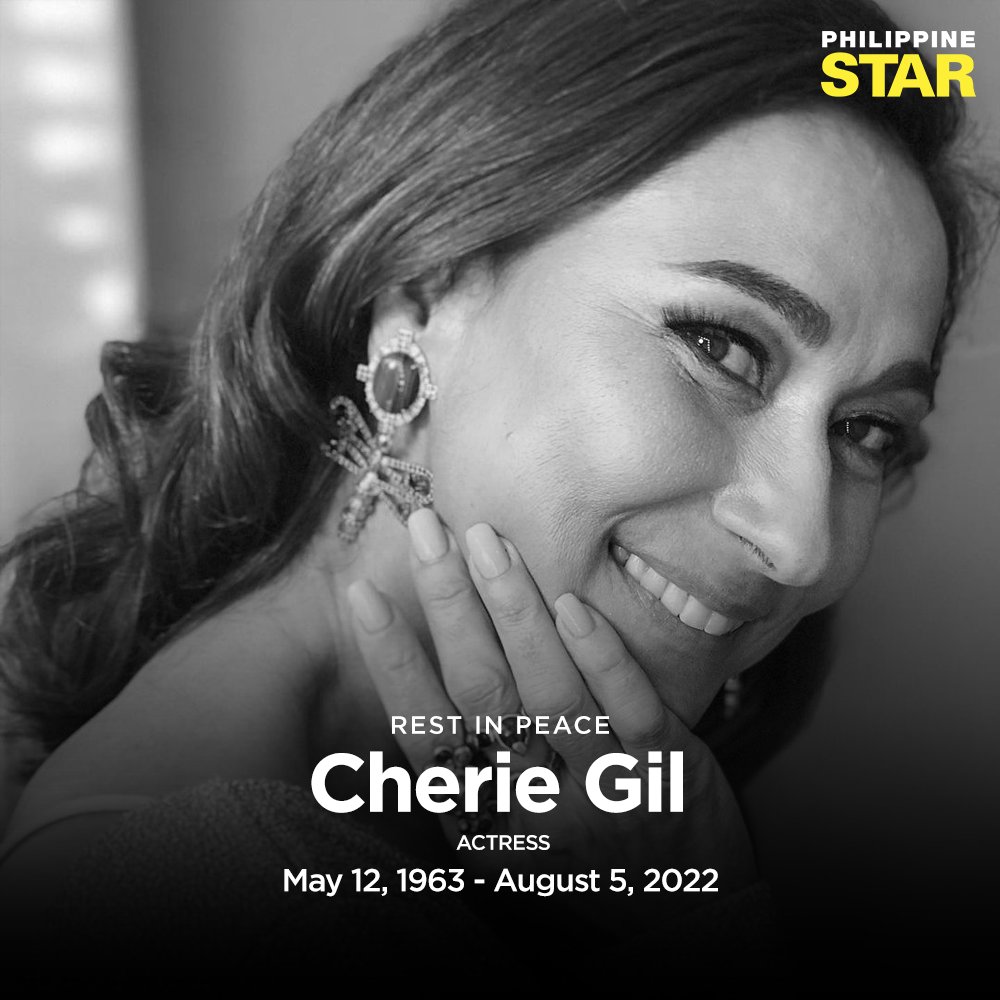 ًﹰ
@juxwaw
let’s not forget ms. cherie gil as one of the most iconic valentinas. you’re forever be the best antagonist. 🤍 https://t.co/hDZGkQ9WtL
05 Aug, 01:55 PM UTC 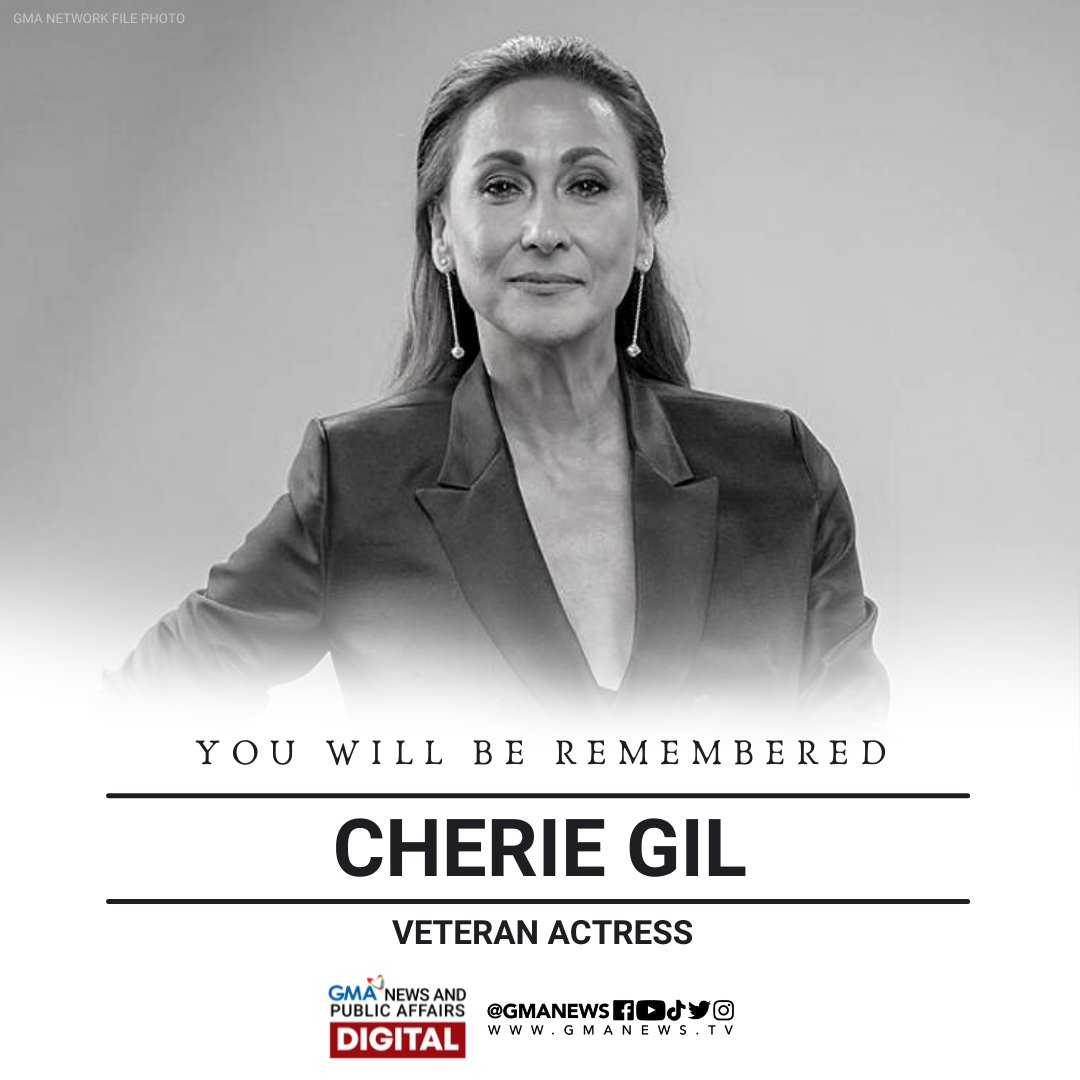 BIGANGHIT MUSIC
@Watdahel_MarceI
What a loss. One of the best actresses we had. One of the greatest villains in Philippine cinema and television. Cherie Gil was not just an icon, she was an artist.
05 Aug, 01:25 PM UTC 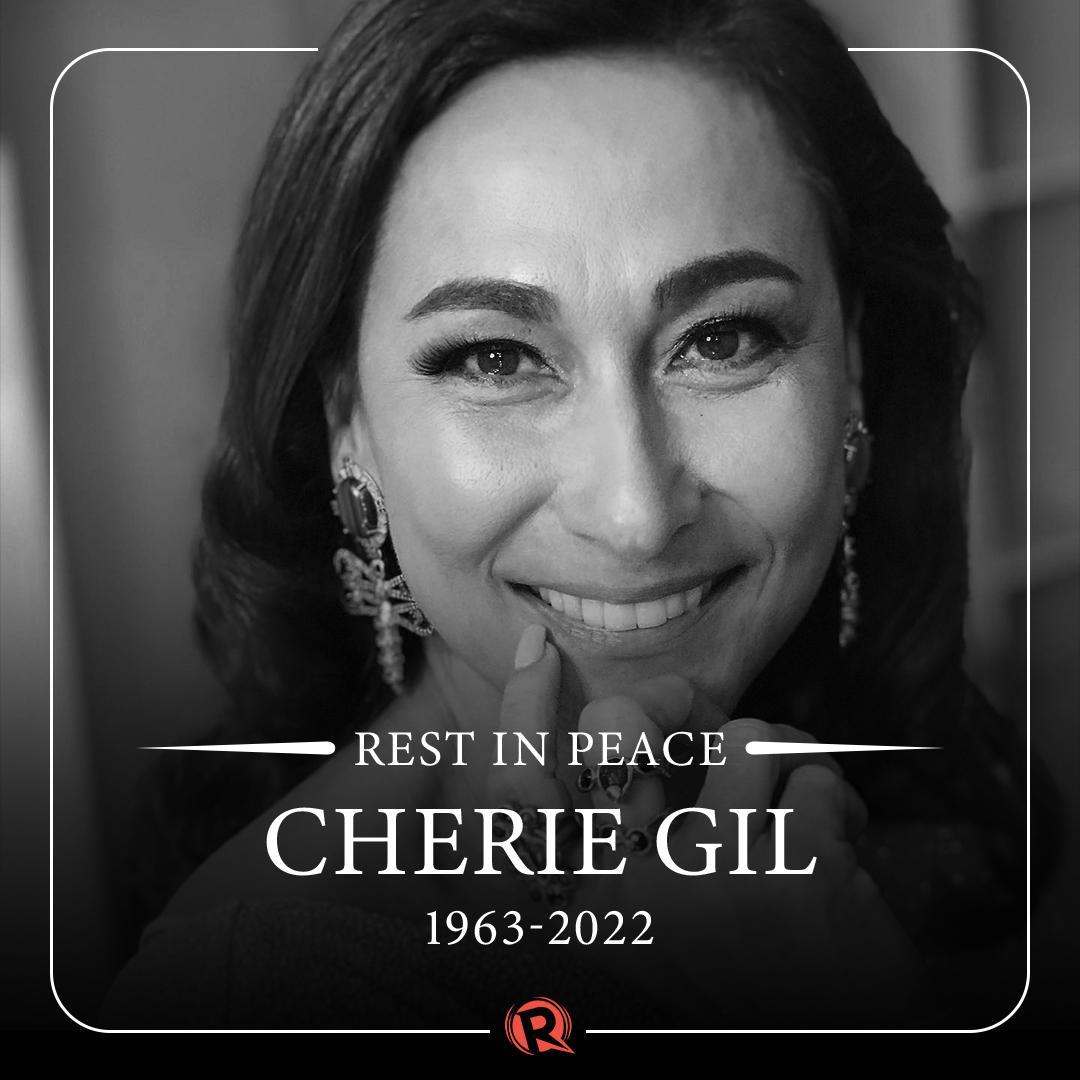 ari
@belindoll
No bc this scene made me cry before :( Ms. Cherie Gil with #BelleMariano for Muling Buksan Ang Puso… You will always be remembered, Ms. Cherie. Rest in paradise 🤍 https://t.co/so8UYTacAR
05 Aug, 02:11 PM UTC

SINE FILES 🎞
@sinefiles
In light of Cherie Gil’s passing, consider watching HABAMBUHAY - THE EIGENMANNS: A FAMILY LEGACY! In this documentary, Cherie and her family look back on their lives and careers and how they will forever be entwined with Philippine cinema 👨‍👩‍👧‍👦🎞 🔗 https://t.co/88HPMJbCAl https://t.co/w9N1C1IPMp
05 Aug, 02:39 PM UTC 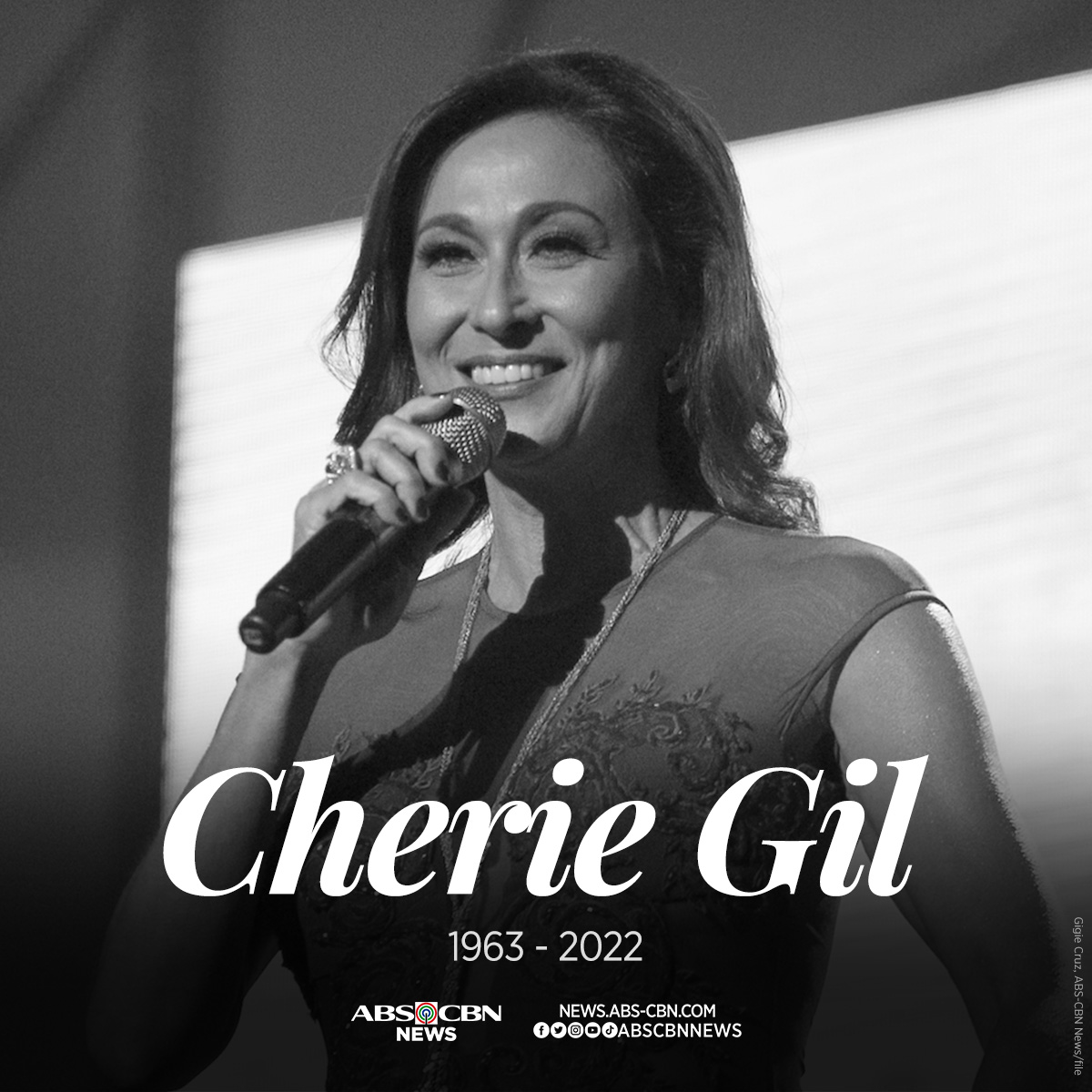 ALTStarMagic | Angat Buhay
@AltStarMagic
The iconic scene of the late Cherie Gil in the 1985 film, 'Bituing Walang Ningning' as THE Lavinia Arguelles. THE LEGACY OF THE CHERIE GIL 🥺🤍 https://t.co/aehgbIThdx
05 Aug, 01:50 PM UTC

was @sapphicsersi
@cinemiIfs
cherie gil playing kontrabida characters is literally the epitome of philippine cinema like no matter how wrong her character is you have no choice but to root for her because she was just TOO good
05 Aug, 02:04 PM UTC

Je
@ImNotthatScary
I know when people talk about the brilliance of Cherie Gil, they mostly remember her iconic moments in Bituing Walang Ningning, Gulong ng Palad, or Marina. But let's not forget how singular her performance as Señora Miranda Salazar-Hidalgo in Ikaw Lamang was. Rest in Power. https://t.co/nvpOwuk8zm
05 Aug, 03:57 PM UTC