Tristan Snell
@TristanSnell
The #ChildTaxCredit has now expired. So 36 million American families who’ve been relying on monthly checks from the government won’t be getting one tomorrow as they normally would. GOP and moderates just raised taxes on American moms and dads.
14 Jan, 06:22 PM UTC

@OccupyDemocrats
BREAKING: Rep. Ilhan Omar sounds the alarm that 30 million families will lose the life-changing #ChildTaxCredit that they've been using "to pay for food, rent, and bills" when it expires this weekend. She urges the Senate to restore it. RT TO SHAME MANCHIN INTO DOING IT!
14 Jan, 07:39 PM UTC

@ericswalwell
If you're missing your family's #ChildTaxCredit check this month, call a @HouseGOP or @SenateGOP member and ask, #WheresMyCheck? They've nixed continuing the biggest middle-class tax cut in a generation, which lifted millions of kids out of poverty.
14 Jan, 08:33 PM UTC

@Ilhan
Today, millions of parents who use the #ChildTaxCredit to pay for food, rent, and bills discovered the support they need is gone. It’s unacceptable. The Senate MUST restore the Child Tax Credit by passing the Build Back Better Act.
14 Jan, 07:28 PM UTC

@QasimRashid
More than 30M families will lose child tax credit checks starting this weekend b/c Joe Manchin chose to repeal the filibuster to raise the debt ceiling so defense contractors could get paid—but not to extend the child tax credit so working families could buy food. #ChildTaxCredit
14 Jan, 05:15 PM UTC

@RepMGS
Today is the 1st time in six months that families will not have access to #ChildTaxCredit monthly payments — a benefit overwhelmingly spent on food and other basic needs. We can’t let this be the end. The Senate must pass the #BuildBackBetter Act and extend the Child Tax Credit. 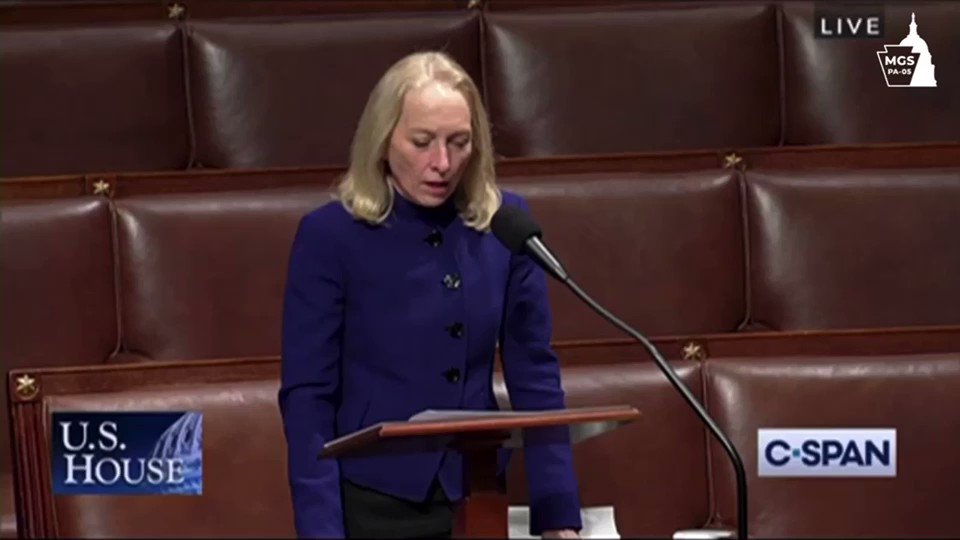 @maziehirono
For the first time in 6 months 150,000 families across Hawaii won’t see the #ChildTaxCredit deposited in their bank accounts this month. The Child Tax Credit has lifted millions of children out of poverty. We must pass #BuildBackBetter and restore these lifeline payments.
14 Jan, 04:41 PM UTC

@CenterOnBudget
For the first time in months families won't receive a monthly #ChildTaxCredit payment. “Your children watch you, and if you worry, they catch on to that... With that extra cushion, we didn’t have to worry all the time.” –Anna Lara, mom of two https://t.co/WY92EvXZMX 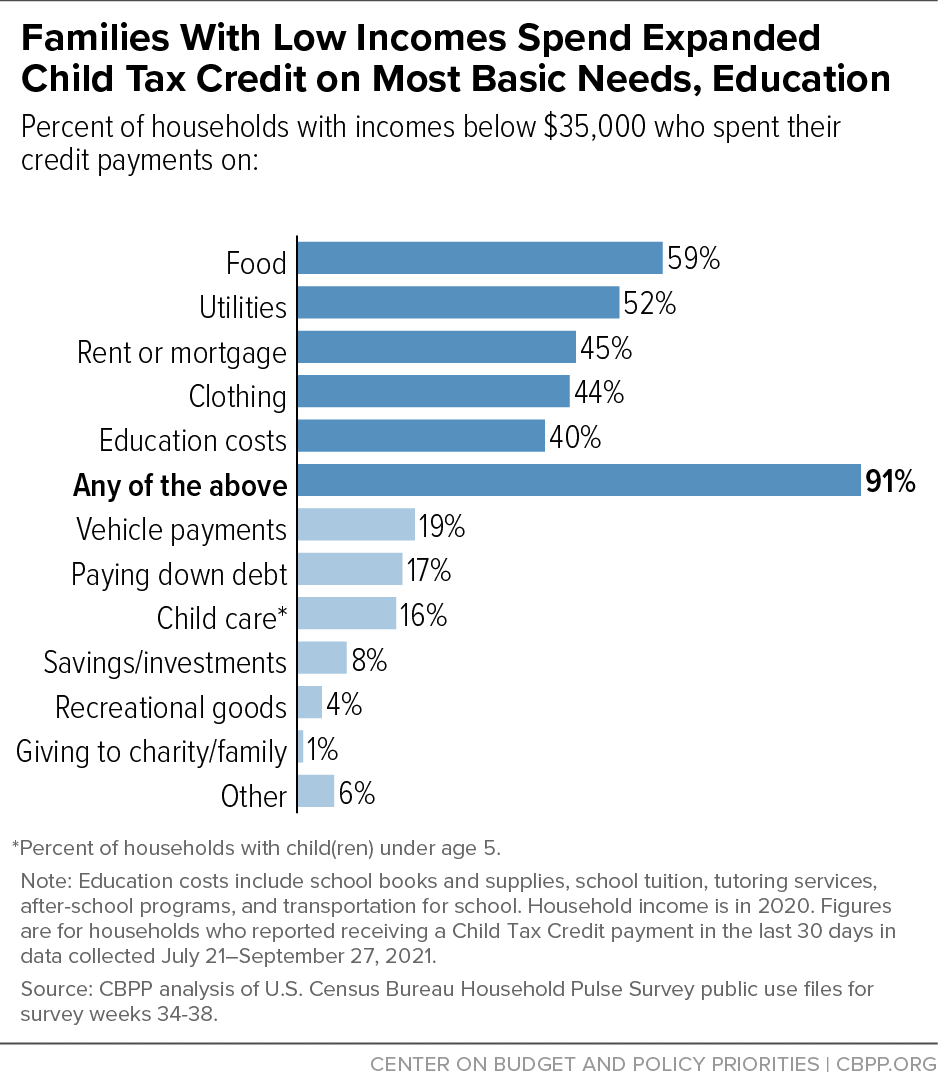 Serena
@TheLiberalVol
I was using the #ChildTaxCredit to deposit the $ directly into both of my kid’s 529 plans since I hold out no hope for free university tuition in the next 4-7 years. We are blessed to not have needed it to be able to feed our kids. I know so many who really still need the help.🙏 https://t.co/fbnQ0lbbFT
14 Jan, 04:20 PM UTC

LindaRobotMarie🤖
@BadrobotLinda
Because of politicians who only think of themselves, millions of families will not receive a #ChildTaxCredit payment this weekend. @RepMikeLevin #CA49 continues to support a credit that cut child poverty and helped families make ends meet. “We need to extend it!” #DemVoice1 https://t.co/Gu04F7OKJb
14 Jan, 08:05 PM UTC

Ashley Ehasz
@ashley_ehasz
This is the reality of Brian Fitzpatrick’s vote against #BBB: Today families in our district will no longer receive the #ChildTaxCredit. My family struggled to keep the heat on and put food in the fridge. I will it make it my mission in Congress that kids are warm and fed.
14 Jan, 07:41 PM UTC

Drew Astolfi
@DrewAstolfi
West Virginia Families desperately trying to convince @Sen_JoeManchin to relent and let the #ChildTaxCredit continue today...the day they would have received the benefit if Manchin had not killed it right before Christmas. @jenniferlwells1 @dorianwarren @cmehta3 @DomenicaGhanem https://t.co/Ot2HYRmPWP
14 Jan, 06:48 PM UTC

Teddy the WV Black Bear
@teddy_wv
Today, I went to the West Virginia Capitol and stood up for the #ChildTaxCredit https://t.co/89PslSG0k1
14 Jan, 08:03 PM UTC

@FCNL
Families should be receiving their monthly #ChildTaxCredit payments today. But because Congress failed to pass Build Back Better, that financial lifeline has expired. The result? 30 million+ families won’t get the help they need to afford food, school supplies, and childcare
14 Jan, 06:26 PM UTC

Fighting Chance For Families
@ExpandCTC
Expanded #ChildTaxCredit payments are especially critical to families of color, who have borne the brunt of the pandemic. Our economy should work for everyone. Congress must bring back and make permanent the expanded #ChildTaxCredit.
14 Jan, 07:04 PM UTC

Patrick
@Patrick57200851
@GOPChairwoman The #ChildTaxCredit has now expired. So 36 million American families who’ve been relying on monthly checks from the government won’t be getting one tomorrow as they normally would. GOP and moderates just raised taxes on American moms and dads.
14 Jan, 06:52 PM UTC

@repjimcooper
More than ONE MILLION children in Tennessee received the monthly #ChildTaxCredit. While families overwhelmingly used these payments to meet their basic needs, today, many of them realized that this check is no longer coming. We need the Senate to pass the #BuildBackBetter Act. 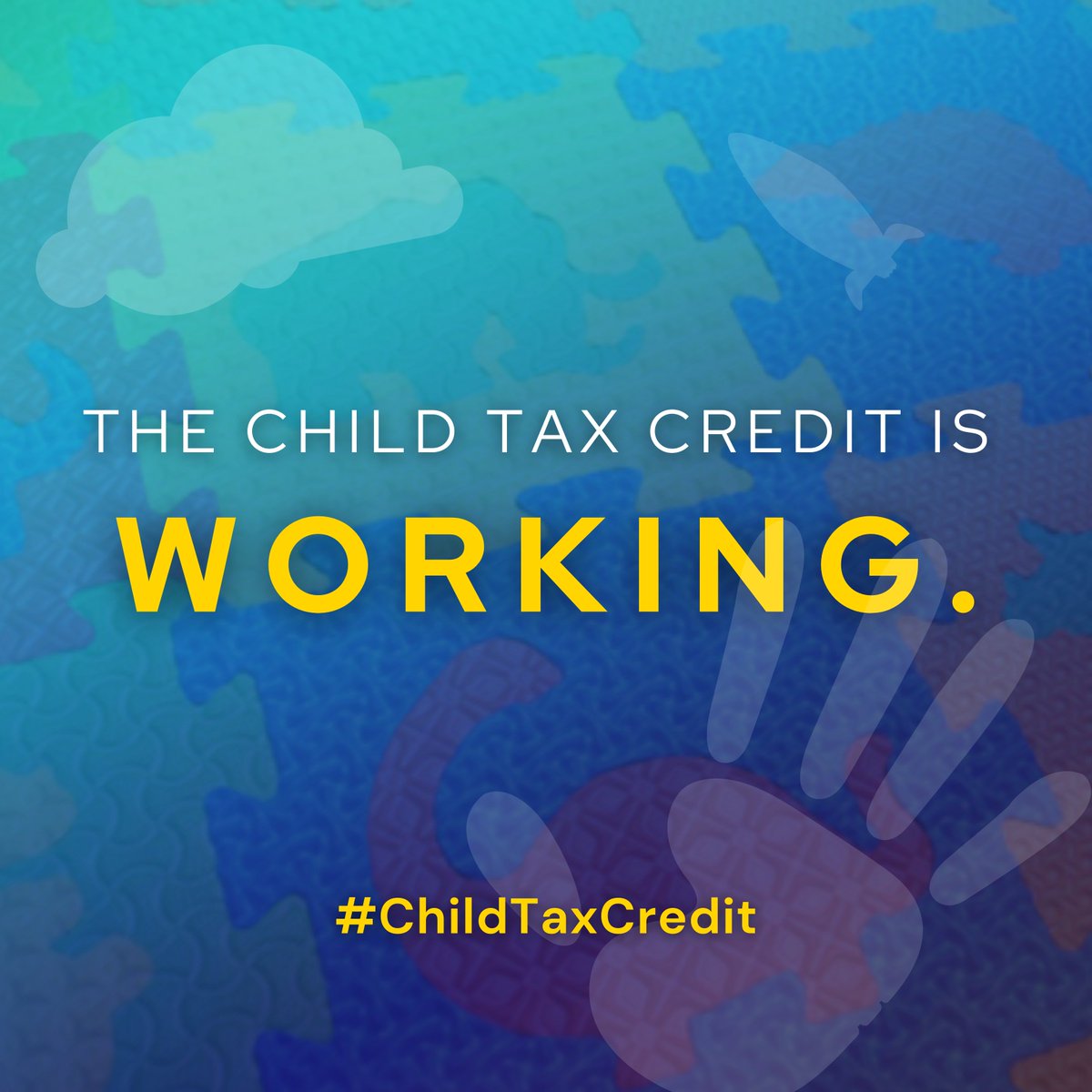 Amy Hanauer
@amyhanauer
You like data on why we need to keep the #childtaxcredit expansion? We got data. You prefer a moral argument? We got that too. https://t.co/1rnbQBQP1P
14 Jan, 07:11 PM UTC

Danny
@Puffwoody
Wait .. people were getting monthly checks while i had to eat peanut butter and jelly for 6 months ?? Wtf #ChildTaxCredit
14 Jan, 08:43 PM UTC

Bunny
@gaybunnypup
@wobbyro People who are on Twitter whining about #childtaxcredit have no job at all. 🤡🤡🤡 https://t.co/fPDEDshNia
14 Jan, 08:42 PM UTC