@rachelbonnetta
Worst sports commentator of all time, Clay Travis, was blocked by absolutely everybody on this website so nobody ever had to read his dumb tweets ever again ✨✨✨✨✨ https://t.co/NV0GgZzVv3
03 May, 10:49 PM UTC 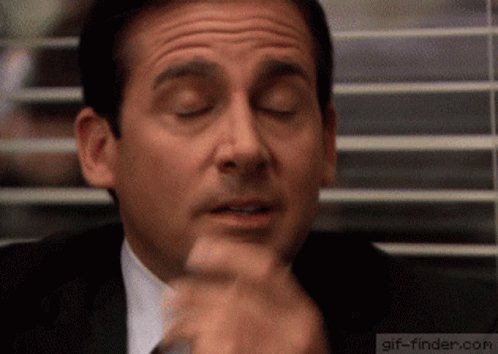 Anthony Amico
@amicsta
But Clay Travis told me healthy people under 30 arent at risk, and Joe Rogan said they dont need to get vaccinated 🤡🤡 https://t.co/IdgIf30nBk
03 May, 12:42 PM UTC

Alex Gookin
@_AlexGookin
I love how this is the tweet where some of Clay Travis' followers are like, "yikes man, that's a little unnecessary" as if his entire schtick is not this exact energy at all times. https://t.co/rZuddO6YYv
03 May, 07:47 PM UTC

Sarah(B.I.)G
@sarahg1561
He’s not laughably dumb. He’s not embarrassingly insecure. Clay Travis knows what he’s doing, why he’s doing it and he’s a bad person for it. And if you don’t believe me, that’s fine. I’ve said this for 8 years. If you keep giving him a pass, then fuck you too.
03 May, 09:34 PM UTC

@DownWithDamon
I see clay travis is still going after a woman half his age for accomplishing something 100xs more impressive than building a career on being the best racist & misogynistic piece of shit in the sports industry.
03 May, 10:44 PM UTC

@BrianMFloyd
usual reminder that clay travis is a terrible human being who isn’t actually good at anything except being wrong about literally everything in spectacular fashion
04 May, 12:50 AM UTC

@jtylerconway
very comforting to log on and see Clay Travis trending because we, as a society, have all agreed he’s a talentless scumbag
03 May, 11:37 PM UTC

Eric Eager 📊🏈
@PFF_Eric
it was just a matter of time before Clay Travis did something even his supporters thought was stupid
03 May, 11:47 PM UTC

Mike Sarzo 😷
@mikesarzo
Clay Travis is a misogynistic piece of shit. He's always been that, he'll always be that. He's a 42-year-old bullying 21-year-old Sarah Fuller for having the temerity to kick a football for Vanderbilt during a Division I game. He's also homophobic and transphobic. Big surprise!
03 May, 10:07 PM UTC

Lorenzo Cortes
@Hoyatexas
Number of consequential kicks clay Travis has ever had: ZERO https://t.co/by4q2YS7kH
04 May, 12:22 AM UTC

Jack
@Unsilent
I don’t know what Clay Travis did or said or wrote, but he’s trending so I’m sure it was shitty and pathetic. He has a brand to uphold.
04 May, 12:56 AM UTC

Sean Giggy
@sgiggyTV
*Sees Clay Travis is trending. *Checks why, confirms he's still awful Why does this dude have a platform? https://t.co/S1xuiCpmJS
04 May, 12:42 AM UTC

Chris Brakebill
@braker1nine
If you’re still following Clay Travis, I can’t help you
04 May, 12:33 AM UTC

@sanderssays
I listened to 1/2 of one podcast episode by Clay Travis and turned it off. Sometimes I think he talks just to 1/ Hear himself rattle 2/ Rattle others into interacting with his drivel. Afterwards, I listened Colin Cowherd's THE HERD and Nirvana just to cleanse my palate.
04 May, 12:22 AM UTC

@Kno
@KYShaunT1 Clay Travis absolutely has a half-eaten vienna sausage in his pants.
04 May, 12:53 AM UTC

Jimmy
@RandomIgnorance
It's always good to see Clay Travis trending as a reminder he blocked me. It's one of my proudest Twitter blocks.
04 May, 12:43 AM UTC

Michael
@MikeMusicSeven
If Clay Travis were a woke flaming liberal he would be the biggest star in sports media. It's fun to see these hypocrites go bonkers. #Rebel #ClayTravis
04 May, 12:41 AM UTC

Travis Cabage
@Travis_Cabage
@briancrice Another Clay Travis blog post people are upset over. Personally, I don’t like the guy. Never have. But I also understand part of his schtick is being overly outlandish.
04 May, 12:40 AM UTC

JacobAchorn
@JacobAchorn
@nxtprodigy I saw Clay Travis was trending and started scrolling through tweets to figure out why. Saw Sarah Fuller and couldn't remember who that was. Once I found out I immediately tried to figure out why Travis is still so butthurt hes crying about her still. He's so pathetic
04 May, 12:39 AM UTC