Clyde is trending on Twitter. Popular tweets on Clyde.

@RepSwalwell
#BREAKING Officer Fanone just ran into @Rep_Clyde at Capitol (he’s the “Jan 6 was a typical tour” guy). Fanone introduced himself as “someone who fought to defend the Capitol” and put out his hand. Clyde refused to shake it. To honor Trump, @housegop will dishonor the police.
16 Jun, 07:22 PM UTC

@tedlieu
Why are Republicans like @Rep_Clyde so disrespectful to police officers? Why did 21 @GOP Members of Congress vote NO on awarding congressional gold medals to the police officers who risked their lives on January 6? https://t.co/etUyRois7H
16 Jun, 09:24 PM UTC

LittleRUNAway 🇺🇸
@beth_run
@RepSwalwell @Rep_Clyde @HouseGOP Hey @Rep_Clyde… This you? Why didn’t you go out and welcome your friendly tourist visitor on 1/6 instead of barricading the door? So odd, that. 🙄 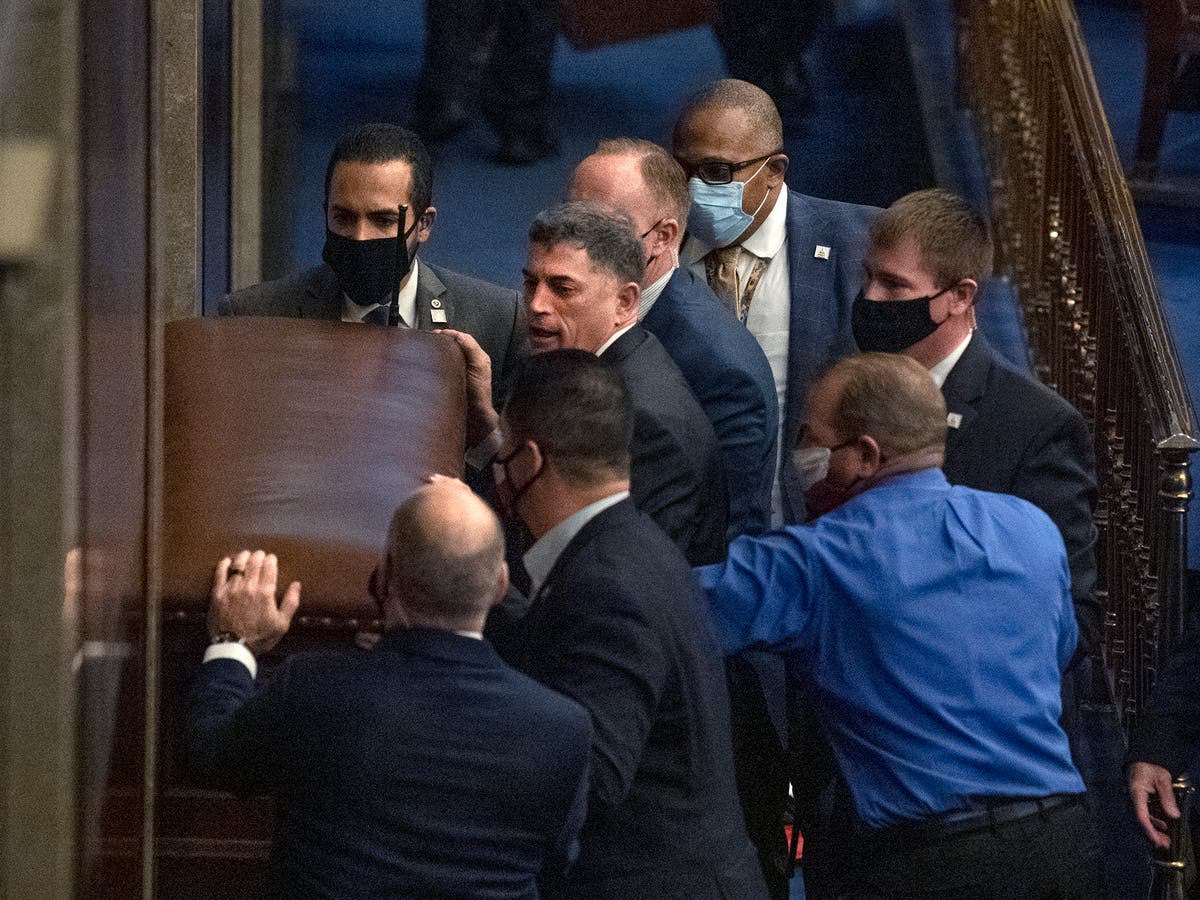 Barbara Malmet
@B52Malmet
@RepSwalwell @Rep_Clyde @HouseGOP Clyde wants to carry a gun into Congress yet he won’t shake the hand of someone who carries one to protect him.
16 Jun, 09:28 PM UTC

@ColbyItkowitz
Officer Fanone told lawmakers that Rep. Clyde refused to shake his hand and that Rep. Rosendale’s chief was rude to him. Fanone wanted to talk to the 21 Republicans who voted against the Medal of Honor for police who protected Capitol on Jan. 6. https://t.co/pZljE79Am6
16 Jun, 10:43 PM UTC

Jason Overstreet
@JasonOverstreet
The dick of the day trophy goes to congressman Andrew Clyde for refusing to shake the hand of Officer Fanone, who risked his life for the pathetic congressman on January 6, and remember, Clyde is the one who described the insurrection as a “normal tourist visit.“ #DOTD
16 Jun, 10:10 PM UTC

Aaron Parnas
@AaronParnas
Representative Andrew Clyde does not deserve to serve another day in office. Shame on him.
16 Jun, 07:58 PM UTC

Kyla In The Burgh 🏳️‍🌈🏴‍☠️
@KylaInTheBurgh
Pretty ironic that Rep Clyde was retweeting "God bless the officers who risk it all to keep us safe", but when Officer Fanone approached him saying he was one of the officers who risked it all, he refused to shake his hand because police are only a political prop to the GOP.
16 Jun, 11:20 PM UTC

Covie
@covie_93
GOP Rep Clyde (the one who said Jan 6 was a normal tourist visit) refused to shake Officer Fanone’s hand. But yeah, they back the blue and #BlueLivesMatter
16 Jun, 09:49 PM UTC

@TaraSetmayer
I am INCENSED but this. How dare this bastard disrespect Officer Fanone like this. So, #BlueLivesMatter only when it’s politically expedient🤨 Rep. Clyde & the 20 other GOP SOBs who voted against the congressional medals of honor are a disgrace, unfit for office. My God..🤬 https://t.co/WfLcMYwdkr
16 Jun, 10:07 PM UTC

Linda Vining
@Vining40404
@Rep_Clyde Refusing to shake someone's hand, whomever they are just shows what a POS you are. To refuse to shake the hand of someone who protected you during an insurrection, you should burn in hell. Thank you Officer Fanone for your service...there Rep Clyde, I did it for you. https://t.co/CcWkzY88AB
16 Jun, 08:16 PM UTC

Dennis Croskey
@dkxkee
@RepSwalwell @Rep_Clyde @HouseGOP We have one of our major political parties rejecting every value they ever claimed to have. And really making no effort to hide it.
16 Jun, 07:27 PM UTC

Dean Wallace 🗳🗽
@deanofdublin
REMINDER: That guy not wearing a mask in this photo from Jan 6th is @Rep_Clyde. Just his "typical day" — barricading the doors to the House Floor from the invading "tourists." The @GOP has no shame. Rotten to the core. https://t.co/3UOj8GvQJR https://t.co/PhPWX24dhu
16 Jun, 08:17 PM UTC

@thedailybeast
Rep. Andrew Clyde refused to shake the hand of Officer Michael Fanone, who was beaten unconscious and suffered a heart attack as a result of fighting during the Capitol riot, while the two rode an elevator together https://t.co/MOiFTvk7tR
17 Jun, 12:34 AM UTC

Stand For Better
@StandForBetter
GOP Rep. Andrew Clyde cares more about #Fanatic45 than backing the blue. Officer Fanone of the Capitol Police knows this. Rep. Andrew Clyde, part of the #21Cowards that thumbed their nose at law enforcement. From #StandForBetter https://t.co/TZ0lGN60vs
17 Jun, 12:16 AM UTC

Rich Morgan
@RLM19382
@RepSwalwell @MeidasTouch @Rep_Clyde @HouseGOP Wow. What a disgrace. We need that commission. And @Rep_Clyde can get bent.
16 Jun, 07:34 PM UTC