CNBC is trending on Twitter. Popular tweets on CNBC.

Dave Portnoy
@stoolpresidente
I fucking love this guy @chamath The only time CNBC and the Suits care about protection is when it’s the establishment getting their teeth kicked in. As long as the big banks are winning the stock market is great. The second retail takes the wheel it’s all unfair 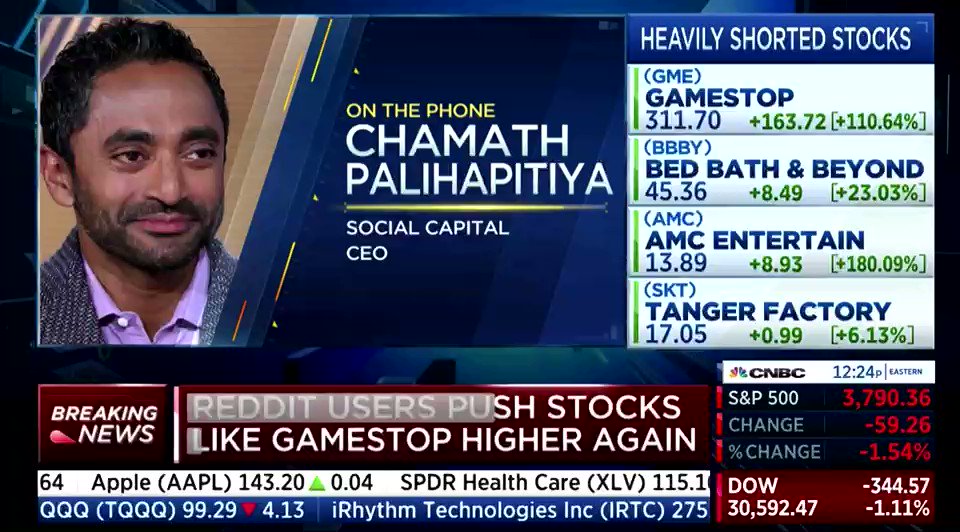 @esaagar
When Hedge Funders and others loot our markets its all good. But when retail investors destroy a hedge fund then all of a sudden CNBC analysts start calling for regulation, blame foreign powers, and talk "fundamentals" I call BULLSHIT: https://t.co/DzoUsyy1T6 https://t.co/SxSksAu6oT
27 Jan, 04:10 PM UTC

Streetinsider.com
@Street_Insider
CNBC's David Faber said he is hearing a number of hedge funds are in similar trouble that Melvin Capital saw in its GameStop $GME and may need to be bailed out. 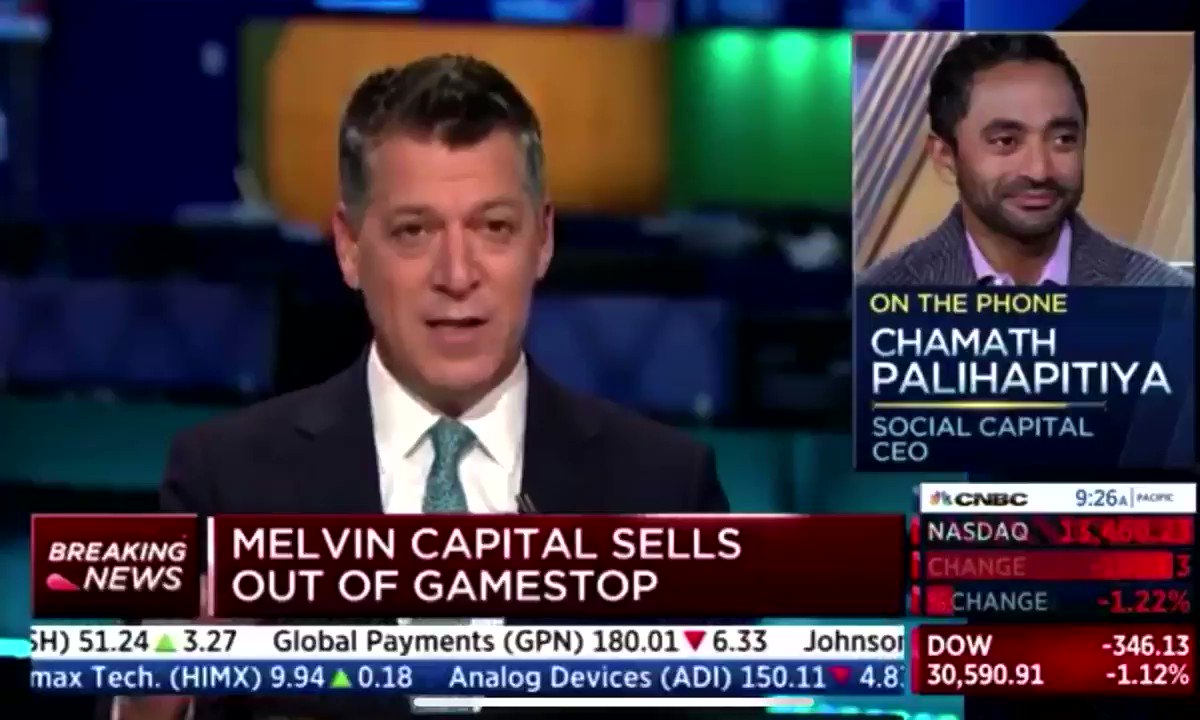 @CNBC
"What we're seeing is essentially a pushback against the establishment in a really important way." @Chamath discusses how he traded GameStop, and encourages those dismissive of the phenomenon to visit r/WallStreetBets and read what users are saying. https://t.co/yI7kptqiqe 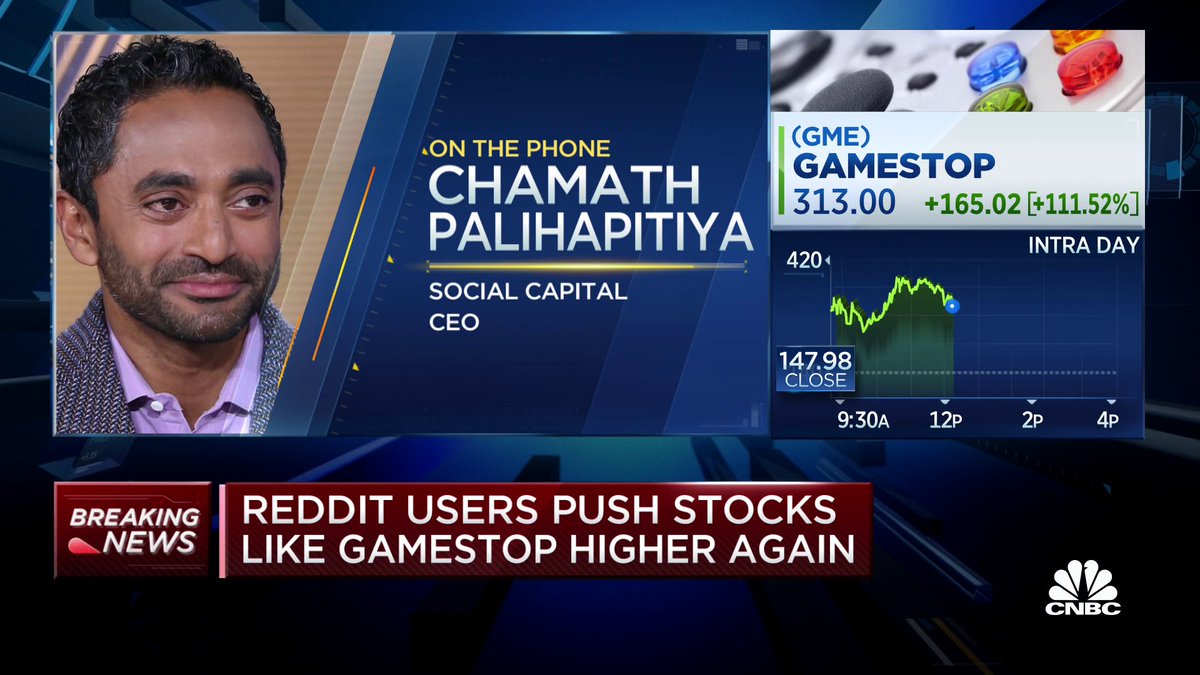 Paul Abella
@jazzypaul
@GordonJohnson19 @AOC how is guy on reddit saying, "dude, you should buy $GME, it's shorted 140%" any different than @jimcramer slapping a sound effect and screaming about buying a stock on @CNBC ? The answer is, "it's not."
27 Jan, 09:18 PM UTC

david tveite
@tveite
watching cnbc and nodding vigorously while a hedge fund guy explains that they didn't leverage puerto rico's debt to privatize its public utilities and absolutely cripple its local government so that you could all treat the stock market like it's some kind of joke.
27 Jan, 10:21 PM UTC 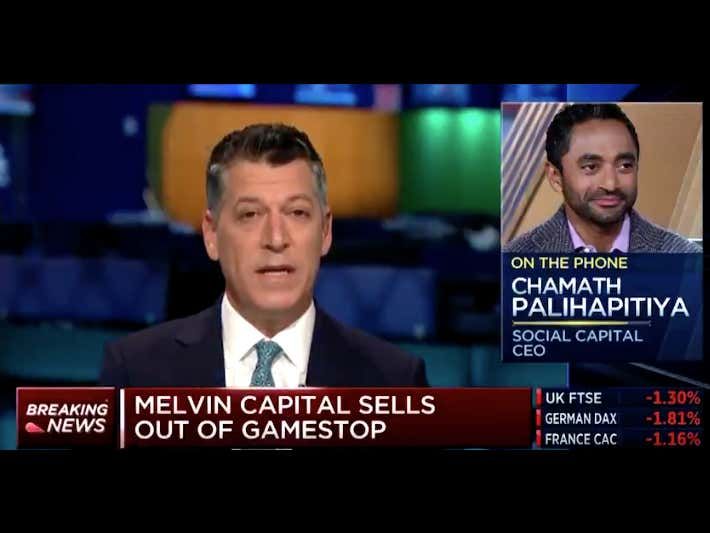 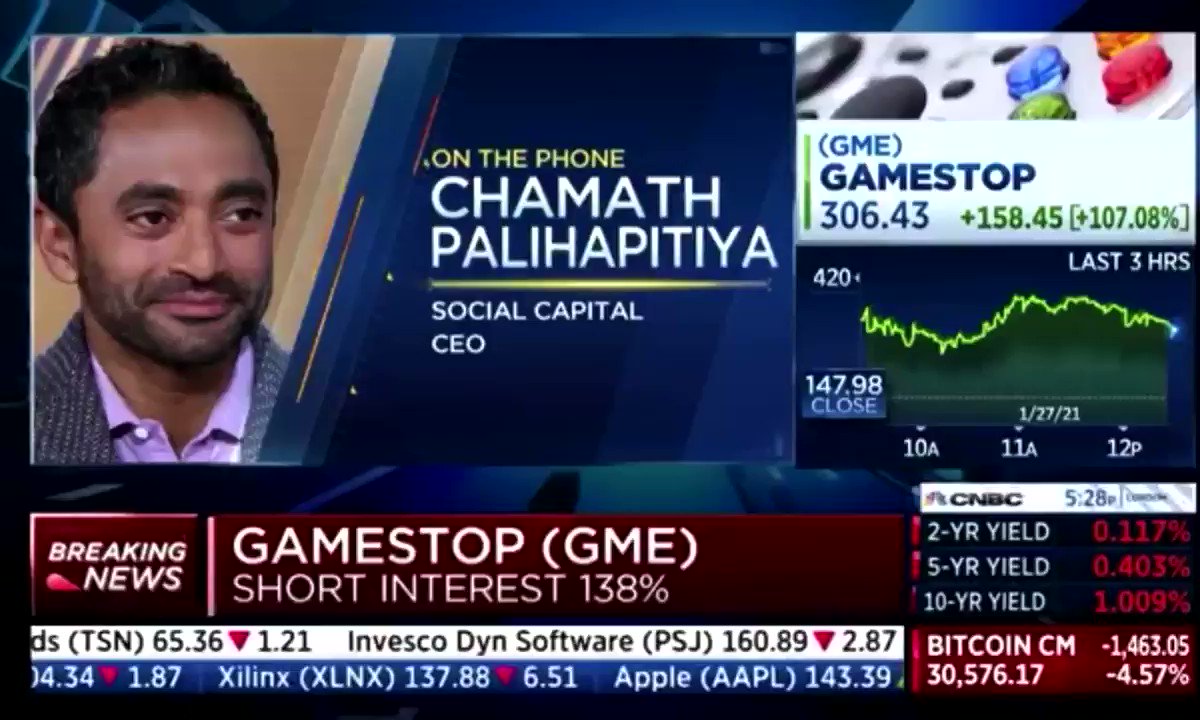 @CNBCnow
BREAKING: SEC releases statement on "ongoing market volatility," saying it is working with "our fellow regulators to assess the situation and review the activities of regulated entities, financial intermediaries, and other market participants" https://t.co/yt6IViqKAu 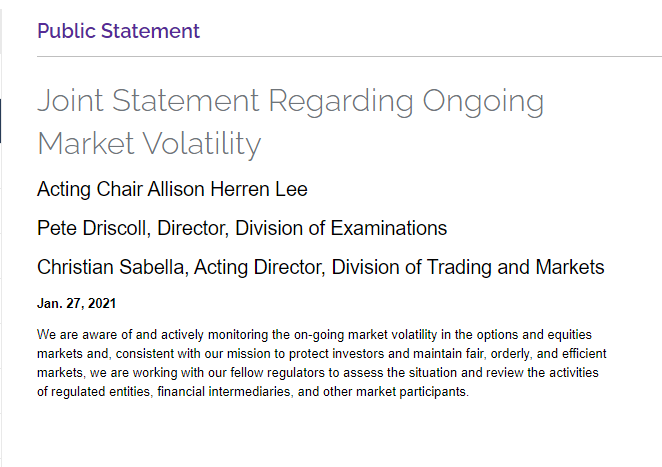 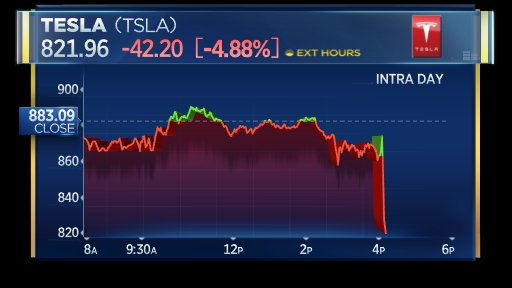 Mean Fat Girl- 🏳️‍🌈💄
@Artists_Ali
So when Reddit and 4 chan sends swat teams to people's houses and endangers their lives because something video games, nothing happens But when Reddit manipulates a stock price in essentially the same way that CNBC does every day Then by golly, we need some LAWS
27 Jan, 03:00 PM UTC

Jan
@RytisJoeJan
@CNBC @CNBC what was once a reputable source of information has turned to a fake news media outlet that is willing to push the agenda of hedge fund managers that employes scare tactics and shady spread of misinformation. I'll say this sagging short positions are still over 100%. HOLD!
27 Jan, 11:56 AM UTC

@CNBC
"We're seeing retail investors become a larger and more significant force in the markets," says @RobinhoodApp CEO @VladTenev. "We think categorically that's a good thing. The U.S. stock market has been one of the biggest engines of wealth creation in history." 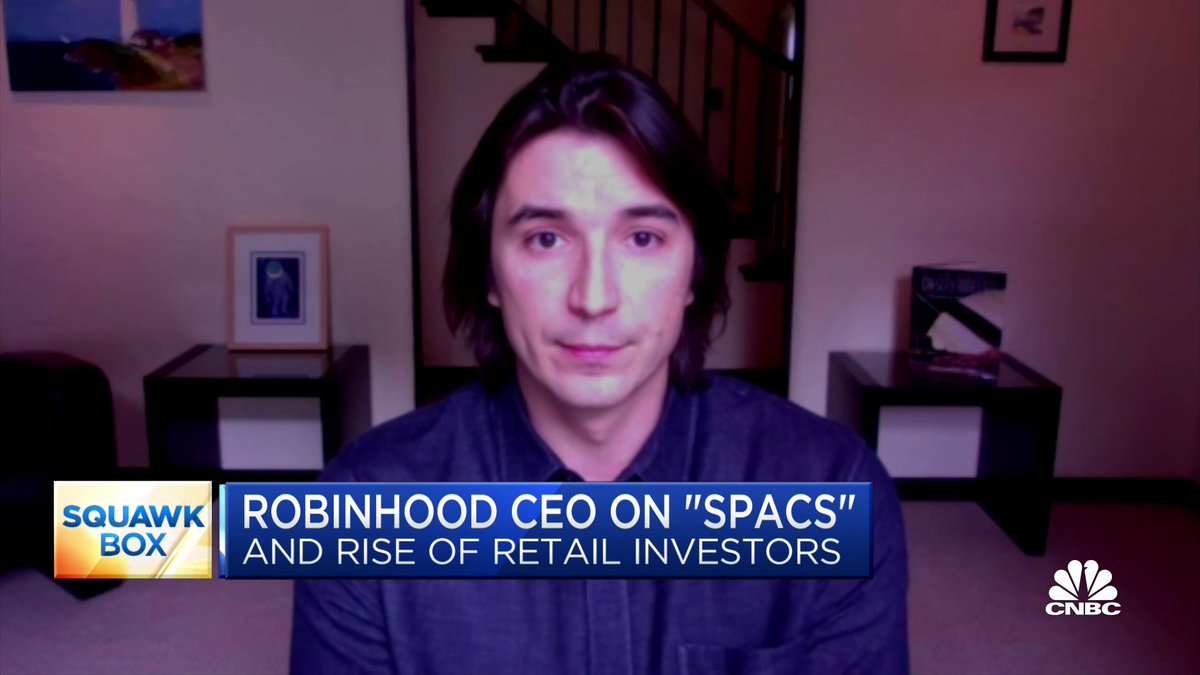 Daniel Smith
@DannyAdelante
@AOC Weird that congress is having a bigger response to this than all of the insider trading in government last year. https://t.co/kzGx40XbKU
27 Jan, 09:14 PM UTC 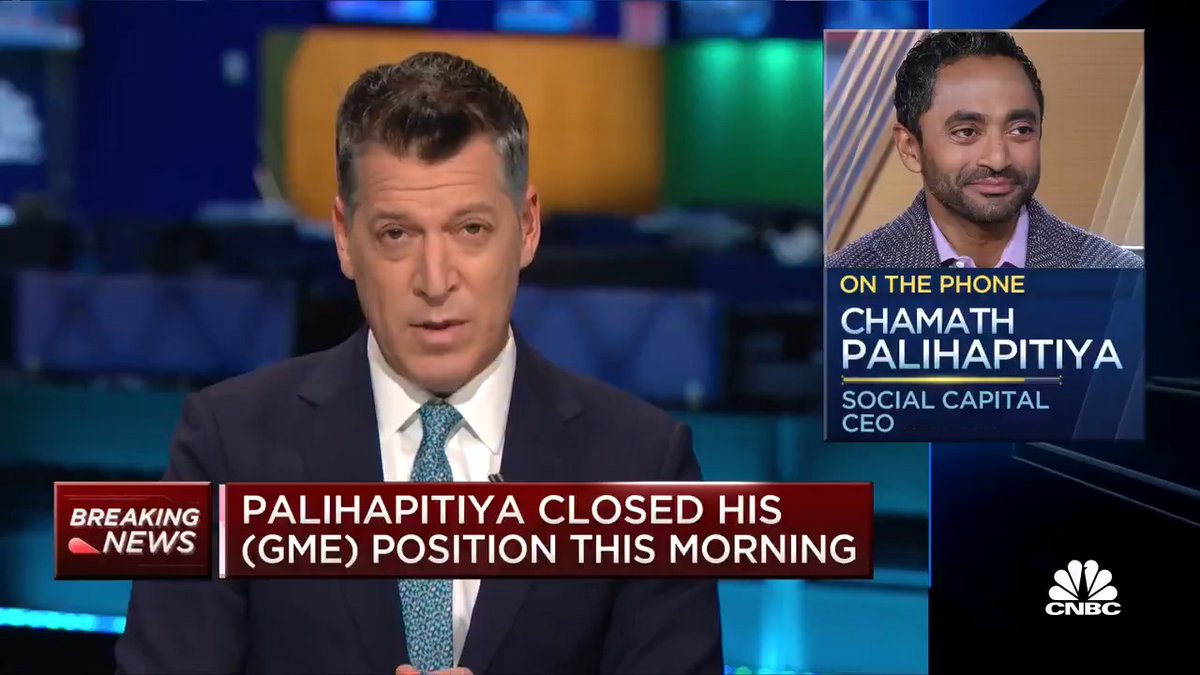 YOLO
@WSBYoloAMC
@WSBChairman @CNBC @CNBCPro I want to make sure the hold world 🌎 know this. And what they been doin... HOLDDDDDDD MY AMC NEXT WEEK $100 https://t.co/Bkp7zRgjva
27 Jan, 10:27 PM UTC

Dray Wharton
@draywharton
@GeoffRBennett @JanuaryHandl @frankthorp In October of 2017, Mitch McConnell said on CNBC that "the President and I have the same agenda". So, it should come as *no surprise* to him that @SenSchumer feels the same way and will support @POTUS as the country moves forward. Mitch just needs to get out of the way.
27 Jan, 10:11 PM UTC