@RhonddaBryant
Therese Coffey repeats and repeats the same vacuous words. But a catchphrase is not a workforce plan. There are nearly 2,000 fewer GPs now than in 2016!
22 Sep, 07:49 AM UTC

Dr Helen Salisbury
@HelenRSalisbury
Thérèse Coffey says she is 'positioning herself on the side of patients' What does she think NHS staff are doing? Going to war with them? Our enemies are disease, suffering, and untimely death. She needs to convince us she is on this side too.
22 Sep, 08:23 AM UTC

Dr Dan Goyal
@danielgoyal
So reliance on food banks to feed the nation and now Coffey suggests we should rely on charity and volunteers to provide healthcare to UK citizens. What about just using OUR tax money to provide life-saving healthcare to the people, instead of siphoning it off to your mates?
22 Sep, 12:32 PM UTC

Neena Jha
@DrNeenaJha
Therese Coffey demanding all pts MUST be seen within 2 weeks is such a childish response to the GP crisis! The ENTIRE POINT is there aren’t enough GPs to meet demand HOW can she not understand that basic fact?! Seriously it’s the sort of response I’d expect from my 5 yr old!
22 Sep, 08:29 AM UTC

@JohnJCrace
Therese Coffey’s solution for NHS seems to be to enlist anyone who has watched Casualty as doctors
22 Sep, 12:13 PM UTC

@doctor_oxford
“It’s like watching a critically ill patient bleed out before your eyes, while assiduously tending to their bunions.” My piece on Therese Coffey’s lamentable failure to get to grips with the true causes of the NHS crisis. https://t.co/K7niBpTqc9
22 Sep, 05:33 PM UTC

NHS Nurses
@SocialistNHS
Figures show that the NHS is currently short of around; 10,500 doctors 47,000 nurses Thérèse Coffey has no workforce plan for the NHS. #OurNHS 💙
22 Sep, 06:37 PM UTC

Billy Misanthrope 🌘
@BillyVacant
Thérèse Coffey says GPs will not face sanctions for missing 2-week appointment targets. Why the hell were we sanctioning doctors in the first place? They are doctors not criminals. No wonder none of them want to do the job in this country anymore.
22 Sep, 12:26 PM UTC 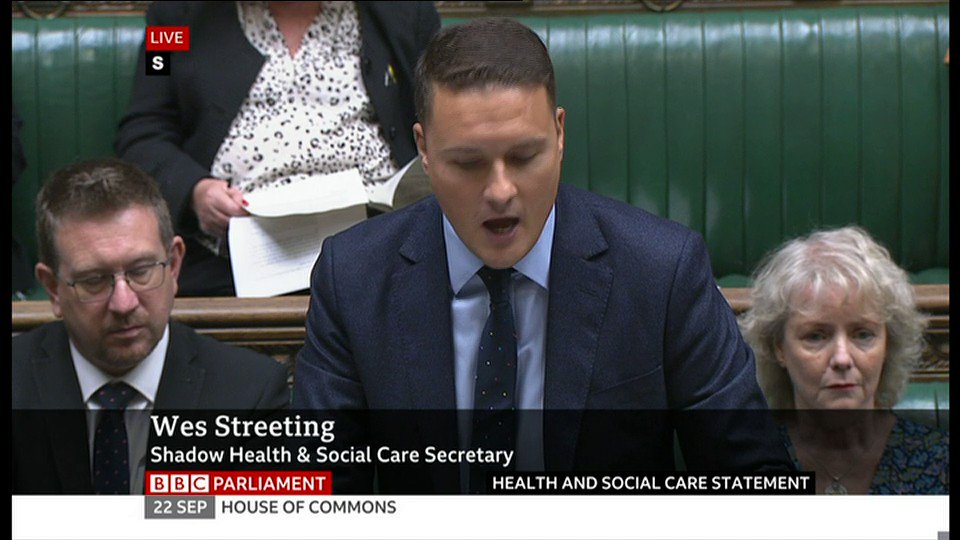 Supertanskiii
@supertanskiii
If you can’t stomach Thérèse Coffey, I’ll fill you in. Her plan to save an NHS they’ve left battered in a ditch, is to start drowning the unwell. A top donor got the contract. It’ll be implemented next month, with health insurance billed as a key "staying alive incentive"
22 Sep, 02:55 PM UTC

Baroness Patricia of Plague Island
@Patrici89225734
What a future for all of us eh? Fracking, Interest rates, Energy Prices, No NHS, Food Prices, and a government with Rees Mogg, Truss, Kwarteng, Coffey, and education ministers for our children Gullis and "one finger Jenkyns" A country in decline I would say!
22 Sep, 07:37 PM UTC

Sir Julie Street of Scouseland 🐟 🇪🇺💙💛🇺🇦
@Juliest101
Wes Streeting just ripped Coffey a new arsehole and let's be honest she looks like she packs a tidy turd so it should come in handy. (If you're gonna have a go at me for mocking her appearance don't bother I'm not arsed, she's vile).
22 Sep, 12:41 PM UTC

@PoliticsJOE_UK
"The NHS can finally scrap the carrier pigeon and move into the 20th century. I'm sure they're delighted." Wes Streeting savages Thérèse Coffey's health and social care plan. 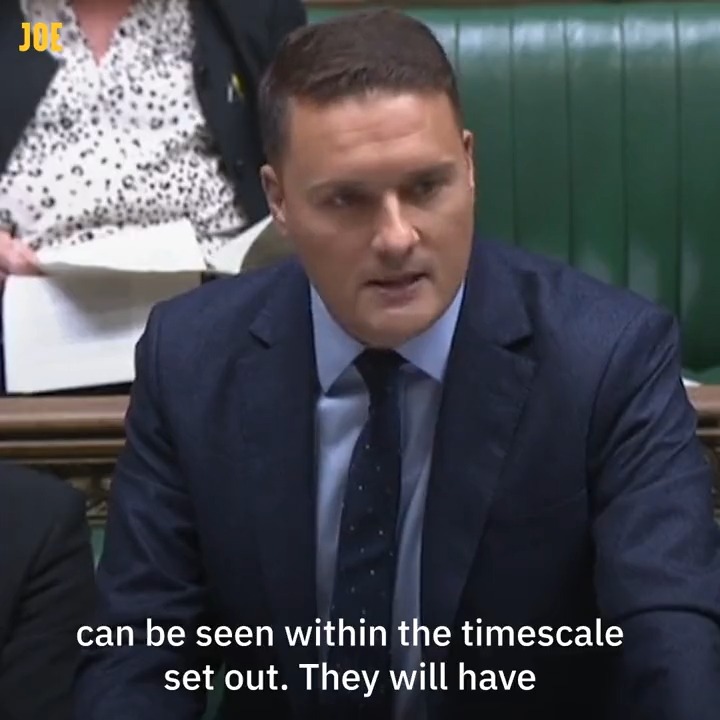 @Dr_Ayan
Therese Coffey proclaims to be a ‘champion’ for patients. You won’t find *anyone* more championing of patients than we GPs but.. ..a lack of workforce and relentless workload has broken the service. Just as: ⬇️pilots = ⬇️flights ⬇️GPs = ⬇️appts No blame on patients or GPs
22 Sep, 08:52 AM UTC

Claire LosingHerShit Obviously
@clairebubblepop
Maybe Therese Coffey should ask Baroness Michelle Mone for those £millions in unpaid tax and the £100’s of mills made from useless PPE to be given back. That would be a start to helping the NHS. #StopToryCorruption
22 Sep, 02:26 PM UTC

@Kit_Yates_Maths
"Every day we see awful things that should shame the nation. The new health secretary’s solution? Ask the public to pitch in" A damning critique of our new Health Secretary's first meaningful action plan from @doctor_oxford https://t.co/fUGabFIw6J
23 Sep, 07:18 AM UTC

sirocco13
@sirocco13
@LGalloway77 @fliegerrick I’m old enough to remember being an NHS dentist. Until the system broke me. And lots and lots more like me. And now we’ve all retired early because we’d rather take the pension hit than work in such a vile system anymore. And Therese Coffey can whistle for us back cos we gone now
22 Sep, 02:13 PM UTC

@Kit_Yates_Maths
"Yet another new health secretary has arrived with all kinds of whizzo ideas. But, yet again, she refuses to accept that funding is the problem" https://t.co/plwhpEBnHo
23 Sep, 07:08 AM UTC

Omz2468 🇺🇦
@Omz2468
Today is going to be the day which accelerates the way to crashing our economy by the hideous Kwasi Kwarteng Yesterday's questions to Mogg and Coffey showed that this government will not last very long
23 Sep, 07:16 AM UTC

Cleckylad
@cleckylad
Cut my finger last night. First aid kit came in handy plaster and bandage. Got a call this morning, Coffey has offered me a job as a doctor
23 Sep, 07:38 AM UTC

Kwaku
@AkanKwaku
If the desecration of the NHS is down to doctors, this country should stop educating & training doctors. Employ competent ministers, with medical expertise, who will ensure correct outcomes. Does this sh1tshow of a government ever accept responsibility? https://t.co/ji6BKpUU88
23 Sep, 06:56 AM UTC

Raffaele Brancati
@raffaelebrancat
Who’s to blame for 12 years of desecration of our NHS? Doctors, according to Thérèse Coffey | Polly Toynbee https://t.co/mmQ89NWUZ3
23 Sep, 07:11 AM UTC

Jacqui Jensen #BelieveinScotland #SCRM
@jacquijensen7
What is in Thérèse Coffey’s new NHS plan? More targets and recycled £500m between 160+ Local authority areas, not to LAs but to private providers. Answer nothing is in her plan. #NHSScotland is devolved, thankfully. #ScottishIndependence https://t.co/ryljGicE1A
23 Sep, 07:43 AM UTC

Dr E 🏴󠁧󠁢󠁷󠁬󠁳󠁿⭐️ #AutismAcceptance #dyslexia
@draevans
Mr Bevan said the NHS would exist as long as we fought for it . https://t.co/cMyiYzEFcF
23 Sep, 07:42 AM UTC