Coinbase is trending on Twitter. Popular tweets on Coinbase. 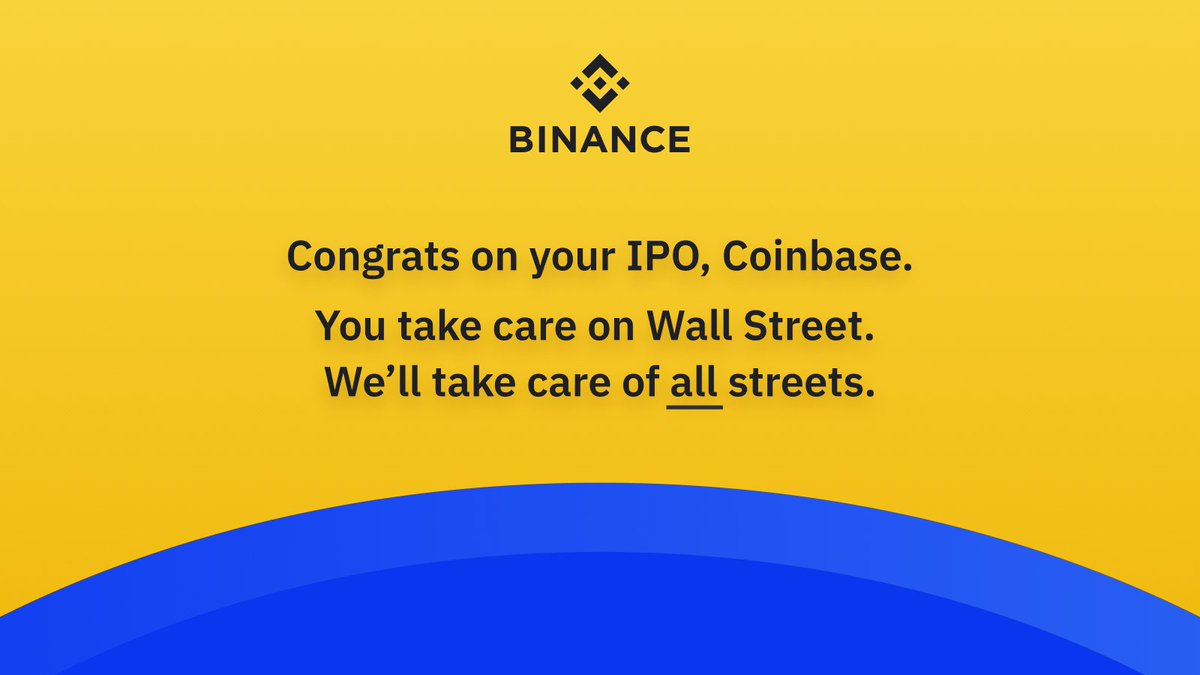 @coinbase
Today is a big milestone for Coinbase and an even bigger milestone for crypto. Thank you to our employees and customers for getting us here. Together, we can build the cryptoeconomy and create economic freedom for all. Join us for today's events at https://t.co/kki68arv3O $COIN 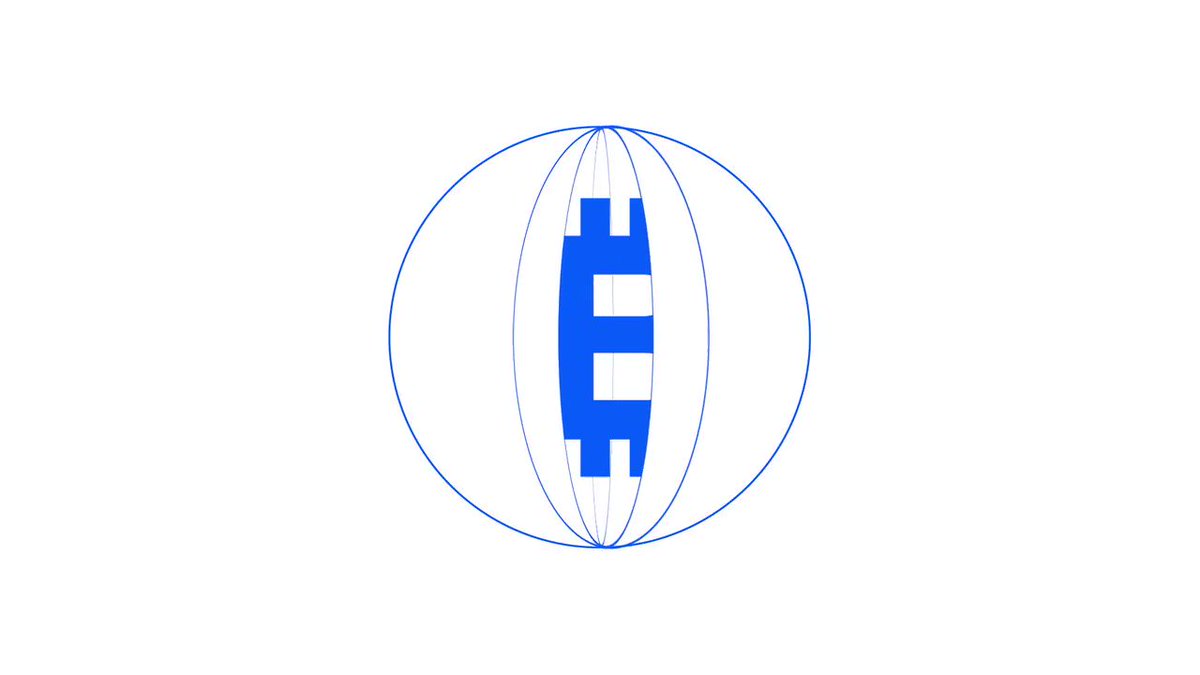 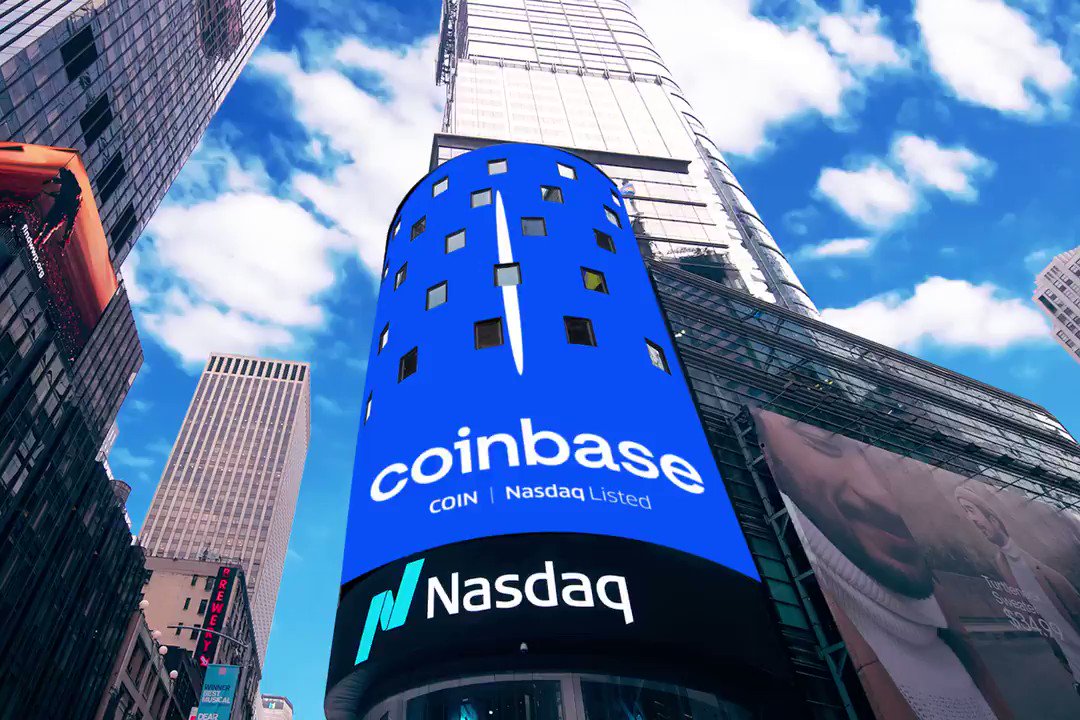 @coinbase
It’s only the beginning $COIN 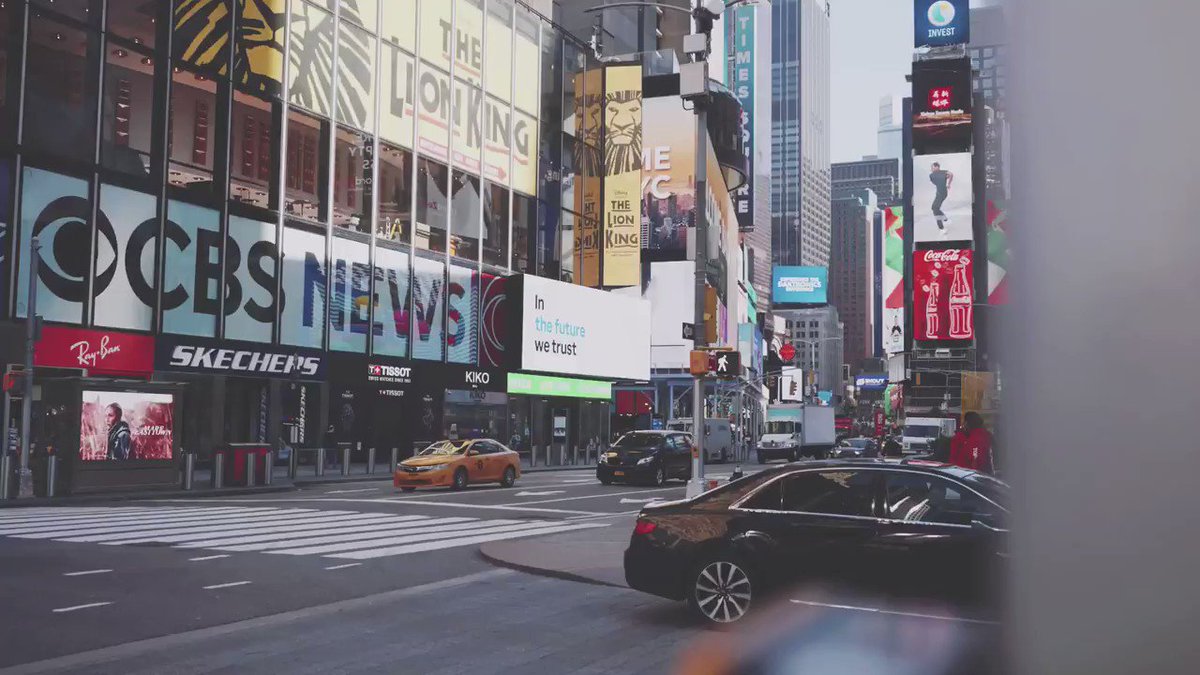 @FEhrsam
When @brian_armstrong and I started @coinbase in 2012, a #bitcoin was worth $6 and only known by a few nerds on the internet. #bitcoin was the crazy idea that the world could have a digital money for everyone. @coinbase had one mission: to make crypto easy to use.
14 Apr, 08:02 AM UTC

Sam Parr ⚪️
@theSamParr
Coinbase founder Brian Armstrong will be worth ~$20 billion by end of day (he owns 20% of coinbase). Prior to starting Coinbase in 2012, he worked at Airbnb and Deloitte. The fact that someone created that much wealth in such a short time is amazing. I love the internet
14 Apr, 05:11 PM UTC

@michaelbatnick
It doesn't make sense that Coinbase is worth more than ICE (NYSE) and CBOE combined. That would be like if Tesla was worth more than the combined market caps of GM, Ford, Daimler, BMW, Ferrari, and Volkswagen.
14 Apr, 11:05 PM UTC

@tyler
Big congratulations to @brian_armstrong, @FEhrsam and the entire @coinbase team on a monster debut today! Huge moment for crypto. To the moon! 👍🏻🚀🍾🥂🥳🎉🎈🎊
14 Apr, 09:09 PM UTC

dinshoo udit 😎
@dinshoo12345
@cz_binance #BNB is exchange token with burning mechanism which also act as buy back of share by reducing total supply. Binance volume is 35 times more than coinbase + #BinanceSmartChain daily transaction volume is 5 times of ETH. #BNB market is only 1/3rd of ETH. So #BNB is undervalued AF.
14 Apr, 07:47 PM UTC

💸💸💸
@itsALLrisky
The Coinbase IPO is today! $COIN That’s great, but #Dogecoin is a Top 10 Market Cap Crypto and deserves to be listed on @Coinbase! Let’s hope it happens soon! #DOGE 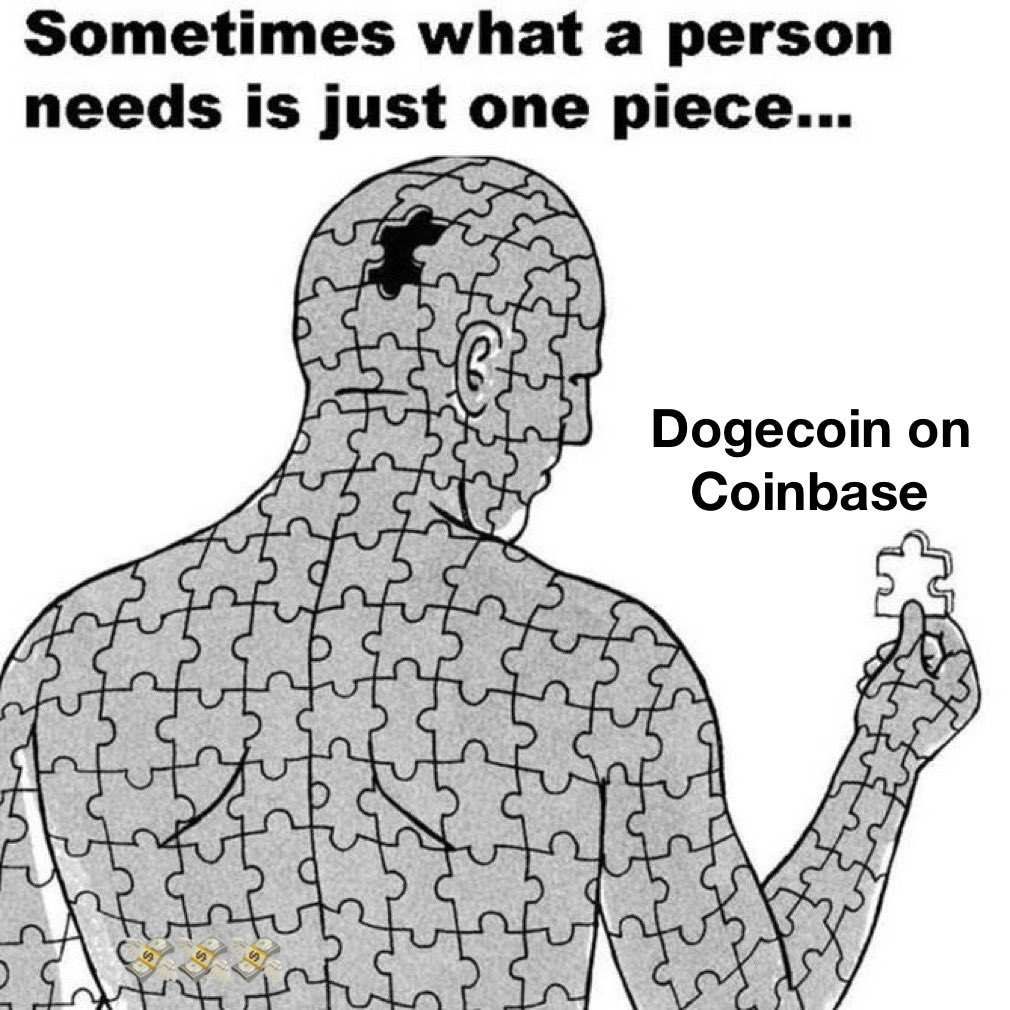 Justine
@MsHodl
To celebrate the coinbase IPO, I urge you all to join me in the beautiful action of moving your coins off exchanges.
14 Apr, 09:10 PM UTC

@brian_armstrong
25/ As the first major crypto company to publicly list, today is a big day for Coinbase and the cryptoeconomy that we’re a part of. From the bottom of my heart, a huge thank you to all the customers, employees, and investors who helped us get here! https://t.co/YP30NjZb3V
14 Apr, 08:42 PM UTC

@nvk
Coinbase has always been a d1ck to Bitcoin Actively undermined it and attacked it.
14 Apr, 04:37 PM UTC

Crypto World News
@CWNFeed
Nasdaq set the reference price for the highly anticipated public listing of #Coinbase at $250, which would give the cryptocurrency exchange a valuation of about $65 billion. #Bitcoin https://t.co/pHNA4lFKXK
14 Apr, 08:35 AM UTC

Ξ🦇🔊💰DavidHoffman.eth 🏴
@TrustlessState
This isn’t just Coinbase hype. $ETH is moving under its own weight right now. The $ETH rotation is happening under our very noses
14 Apr, 08:58 PM UTC

@brian_armstrong
5/ After reading it, I started coding an early prototype of Coinbase on nights and weekends, and began attending early bitcoin meetups around the Bay Area. Eventually I was accepted at @YCombinator and got the courage to quit my job @Airbnb to go pursue this crazy idea.
14 Apr, 08:21 PM UTC

Austen Allred
@Austen
Incredible. Brian Armstrong’s HackerNews post looking for a cofounder for Coinbase. “Because Bitcoin worked out so well. Have fun with that, dude.” “I don’t think you’ve properly thought this through.” “I’m gonna call it right now: bad idea.” https://t.co/qMKb7kuJkN https://t.co/wJLAXA8Ijy
15 Apr, 12:37 AM UTC