Heath Mayo
@HeathMayo
If a Republican candidate is an election denier, @Liz_Cheney says, as a conservative, she’ll campaign for the Democrat, despite other core policy differences with them. I agree with her. Constitution first. Policy second. It’s pretty simple: if an R denies our elections, vote D.
25 Sep, 01:09 AM UTC

@mikegalsworthy
The “Conservative” party is not conserving anything. Not our nature, our rivers, our coastline, our public services, our NHS, our standards & mores, our rights — the lot is for sale.
24 Sep, 04:24 PM UTC

@mikegalsworthy
If any of this betting-against-the-UK money finds its way back into Conservative Party funding, then we have a very concerning situation on our hands. https://t.co/9lUyBWJKNF
24 Sep, 09:41 AM UTC

Lowkey
@Lowkey0nline
A reminder that Wes Streeting is funded by John Armitage, a billionaire hedgefund boss with a significant interest in privatising the NHS through the US company United Health. He also funds Keir Starmer and the Conservative Party. https://t.co/4AwCzYULnx
24 Sep, 12:28 PM UTC

@JolyonMaugham
The VIP Lane was all about associates of Ministers using that relationship to enrich themselves at public expense - and often going on to make donations to the Conservative Party or their MP. I don't believe you can safely rule that out here.
24 Sep, 07:54 AM UTC

Eimaan
@Cynosure100
I have spent good number of years in RYK. My entire paternal family lives there. I know how conservative people are there. If khan sb has managed to pull this much crowd in a city like Rahim Yar Khan then believe me khan sb is coming back with 2/3 majority. #RahimYarKhanJalsa
24 Sep, 02:51 PM UTC

@Donnieplmr
🇺🇸🇺🇸 SHAWN NELSON a conservative gay black man was savagely beaten up today in Somerville These thugs are supporters of Wu and PRESSLEY He was protesting the murder of the 18 year old who was killed for supporting Trump, when this happened Democrats are the Domestic terrorists! 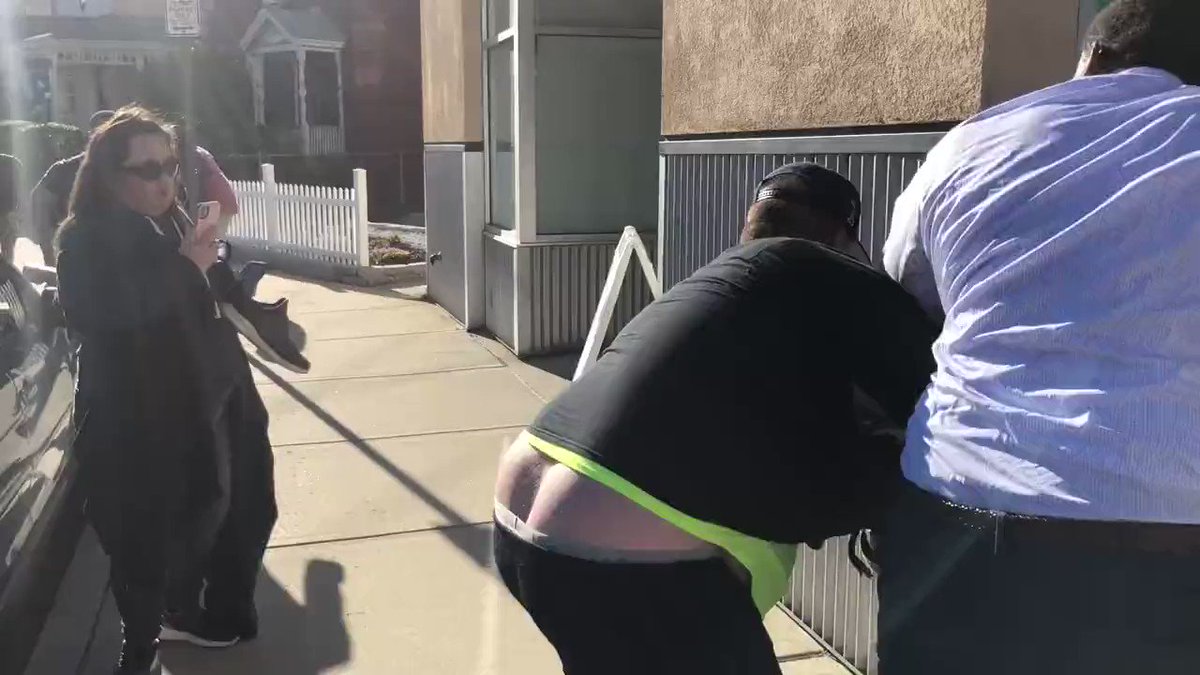 DerekZoolander85
@dzoolander85
A millionaire former pro hockey player telling the rest of us to "Vote Conservative because you don't need government anyway" says it all. Theo Fleury's $44-million+ USD in career earnings ensures that he'll be fine w/out gov. You, on the other hand, probably won't. #CdnPoli
24 Sep, 05:48 PM UTC

Dr Martin Opposes Gov’t Corruption
@MartinRemains
What did Liz Truss and Kwasi Quarteng reveal to Conservative party supporters so that they would short the £ and make a fortune? Will this be investigated by the police?
24 Sep, 08:57 PM UTC

Aaron Bastani
@AaronBastani
Keir Starmer is a deeply conservative person who managed to fool several hundred thousand people with West Wing box sets that he’s a social democrat. The ambition is to manage the British state slightly better than the Tories. No PR, no public ownership, no economic renewal.
24 Sep, 10:42 PM UTC

Buck Frexit! 🇪🇺🇺🇦🌎🐟FBPE #GTTO #PR
@Beany_1
I’m loving all the right wingers applauding that “finally” they have a Conservative govt. As we watch them do nothing for poor families but hand £billions to rich people these crack pots are proudly telling the world that’s who Tories are 😂 We knew but some didn’t. They do now.
24 Sep, 08:04 AM UTC

@toadmeister
Forty two MPs, including a former leader of the Conservative Party, have written to the Business Secretary and the First Secretary of the Treasury urging them to do something about out-of-control, censorship-happy PayPal. https://t.co/6d4JWC4TOe
25 Sep, 06:00 AM UTC

Victor Kline
@victorklineTNL
Sooner or later all the conservative backers will realise the Liberal Party is finished. The question then becomes who will they support? My guess is the teals. They are, after all, just another form of conservative. All the people behind them were lifetime Liberal voters.
25 Sep, 01:30 AM UTC

@calvinrobinson
This is why it’s important to have conservatives in key positions in government. A neoliberal might have sold us out to India, as long as they got a trade deal. Free market capitalism trumps all. A conservative puts his/her country first. Thank you, Kemi https://t.co/3pJyv7bUwL https://t.co/ZWIMaVmhOX
25 Sep, 07:07 AM UTC

@LizJarvisUK
Out on the doors talking to voters in Eastleigh and just spoke to a couple who have always voted Conservative - but will be voting @LibDems at the next GE because of their fury at the Government’s mishandling of the cost of living crisis and because they like @EdwardJDavey! 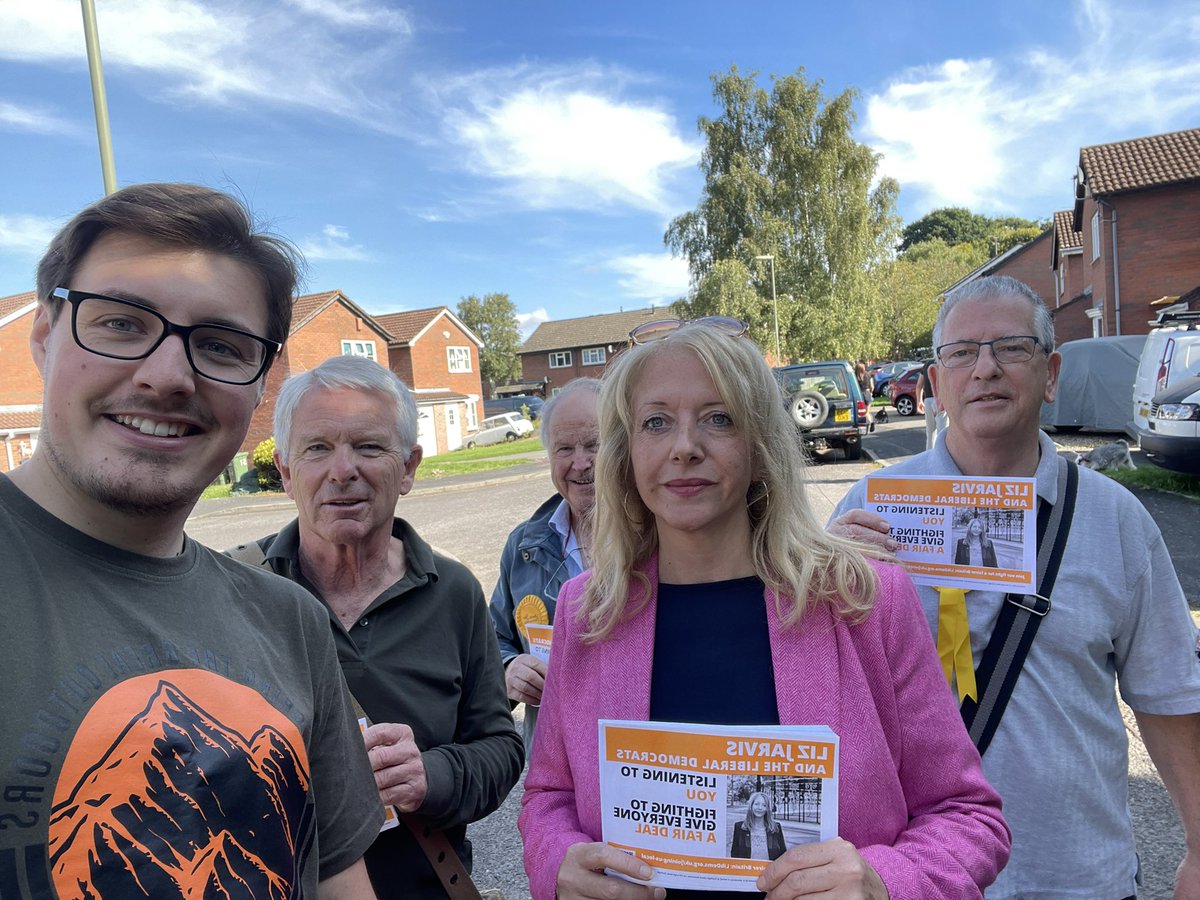 The Daily Sceptic
@LD_Sceptics
Forty two MPs, including a former leader of the Conservative Party, have written to the Business Secretary and the First Secretary of the Treasury urging them to do something about out-of-control, censorship-happy PayPal. https://t.co/LJTenQjEHM
25 Sep, 06:00 AM UTC

Forum for Democracy International
@FVD_Intl
EU Dictatorship. Ursula fond of Lying says the EU has 'tools' at its disposal, 'as in Poland in Hungary', if things go 'in the wrong direction in Italy.' In other words, Brussels will prevent the elected government from pursuing conservative policies. https://t.co/FaHkAM7Qk2
25 Sep, 06:27 AM UTC

🇨🇦 Women Exist ♀#IStandWithAmyHamm
@Women___Exist
@TShampling @MattBoxer94 @RevTerfy @sullydish @FirmScwaz @MattWalshBlog This article, Conservative Men in Conservative Dresses by Amy Bloom, was published in The Atlantic in 2002. It has since been scrubbed from their archives. Transvestism is not uncommon amongst right wing businessmen & the military. https://t.co/pAvJGr1VJY
25 Sep, 05:29 AM UTC

@nkalamb
Conservative premiers are starving health care of available funds so that they can make the case that private care is better than public. It's a sick con. https://t.co/Ogk8vOkTz5
25 Sep, 01:49 AM UTC

David Blakeman
@DavidBlakeman13
Panicking Conservative MP’s threatening to vote against Finance Bill. Your in the wrong party. You think having got rid of Boris we will let you take down Liz. In yr dreams, we would take down party first. Lib dems are yr natural home, for God’s sake go.
25 Sep, 05:36 AM UTC 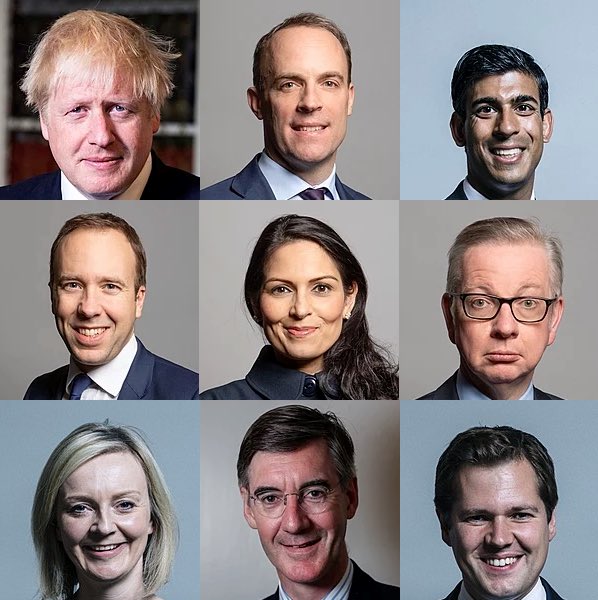 The Times and The Sunday Times

@thetimes
Italy looks poised to take a tougher line on immigration if Giorgia Meloni, head of the arch-conservative Brothers of Italy, becomes the first woman to lead her country https://t.co/Ax7CYCV7xd
25 Sep, 07:30 AM UTC

Robert Mohamed
@robmo1961
Wonder how many former Labour voters believed the rhetoric and voted for the Conservative Party in 2019? You have all been had, I am afraid!
25 Sep, 07:23 AM UTC

¬InvitedInterlocutor
@UnInterlocutor
The #BBC is such a joke. Current #BBCBreakfast drone just parroting conservative party talking points with ZERO critical analysis. This is not news or journalism -- it is *propaganda*. 🙄
25 Sep, 07:40 AM UTC

Tito Sibusiso
@Sibisiso16
In the #USA, just as the tide is turning in some #EU conuntries, for sound non-racist conservative values, a return of someone in the spirit of #PresidentTrump / #Trump shall return to the #WhiteHouse to deep cleanse the establishment in 2024.
25 Sep, 06:52 AM UTC