Vicki Campbell🇨🇦
@merry123459
Apparently the Convoy gang is upset because the #FreeDumbConvoy hashtag is trending. 😉
23 Jun, 02:18 AM UTC

Ja Loka
@_fels1
Politicians going to campaign in a convoy of 40 fuel guzzlers and choppers just to complain to the helpless, hungry voters of the high fuel prices and high cost of living sounds like mockery. Those who created the mess and don't feel its effect CANNOT change it.
23 Jun, 11:32 AM UTC

@Gray_Mackenzie
Last night our team reviewed the tape from the Convoy meeting on Parliament Hill yesterday and we counted that nearly 20% of the Conservative caucus attended. We’ve got the details and the names of the Conservative MPs who attended below #cdnpoli https://t.co/sgxo5eIqm7
23 Jun, 03:01 PM UTC

@MaximeBernier
.@TwitterCanada keeps suppressing my tweets and followers count. After rising by 1k almost every day during the convoy, no new followers for two months. Then it went up by several thousands in late April when @elonmusk announced his deal. Frozen at 189k again since then.
23 Jun, 02:06 PM UTC

@CPAC_TV
"Their goal was to overthrow the democratically elected Parliament and that's not something that we should be supporting," NDP Leader Jagmeet Singh says of reports that a group of Conservative MPs met with "Freedom Convoy" organizers yesterday in Ottawa. #cdnpoli 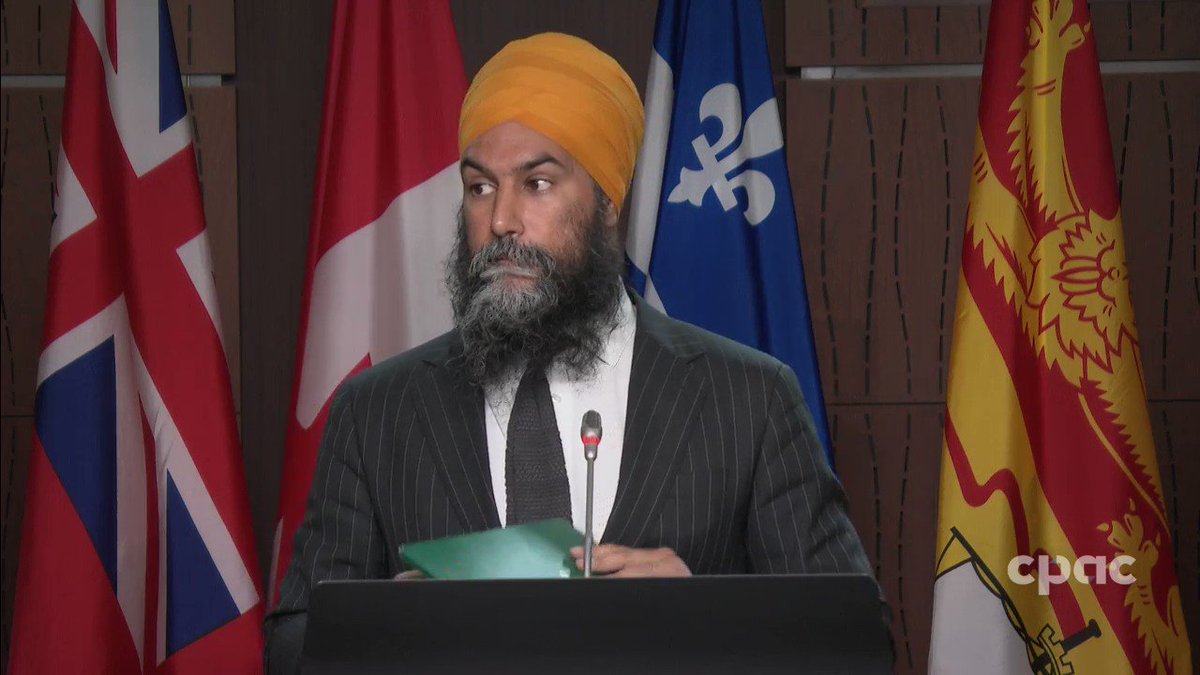 𝑹𝒚𝒂𝒏 𝑺𝒂𝒓𝒂𝒊
@RyanSarai1
The Integrated Terrorism Assessment Centre, an arm of the Canadian intelligence community warned in a special bulletin that they’re seeing mounting “aspirations to overthrow the federal government or to engage in mass violent resistance." https://t.co/1FHqyrdquh
23 Jun, 01:14 AM UTC

@TheoFleury14
The Freedom Convoy raised more money in a month than the NDP has ever. That’s what scares them. The new opposition party. https://t.co/XoHC5AEPzl
23 Jun, 08:10 PM UTC

Rod Farva's litre of cola
@RodKahx
Damn, a stroll through the Canada Day Convoy account(s) is a wander through batshittery.
23 Jun, 03:22 PM UTC

Ian Morrison
@IanDMorrison
Republicans gave tours of the capitol building to rioters the day before they stormed it. Conservative MPs just gave a tour of parliament to convoy organizers. #cdnpoli https://t.co/tefod8uh5m
23 Jun, 05:46 AM UTC

CaptainCoby
@Captaincoby00
Just heard that 12 million trucks are coming from the USA to join the 27 million trucks from Canada for the convoy in Ottawa. Get the hot tub ready boys!!!!!!!
23 Jun, 07:47 PM UTC

@David_Moscrop
It's unclear who's running this account and who they represent. So we can't say it's the same people organizing the Canada Day convoy. But that's not the point. The rhetoric and messaging emerging from fringe movements is coalescing and mirroring similar movements elsewhere.
23 Jun, 03:23 PM UTC

David Brown
@OrbitStudios
Heard from a friend with a contact in the Bureau of ATF out of Washington DC that an insane amount of guns are being smuggled into Canada and Canadians are paying big bucks for them. Is the Freedom convoy arming up?
23 Jun, 04:10 PM UTC

@TrueNorthCentre
NDP Leader Jagmeet Singh says the Freedom Convoy’s “goal was to overthrow the democratically elected Parliament and that’s not something that we should be supporting,” He says Conservative MPs shouldn’t meet with convoy organizers. 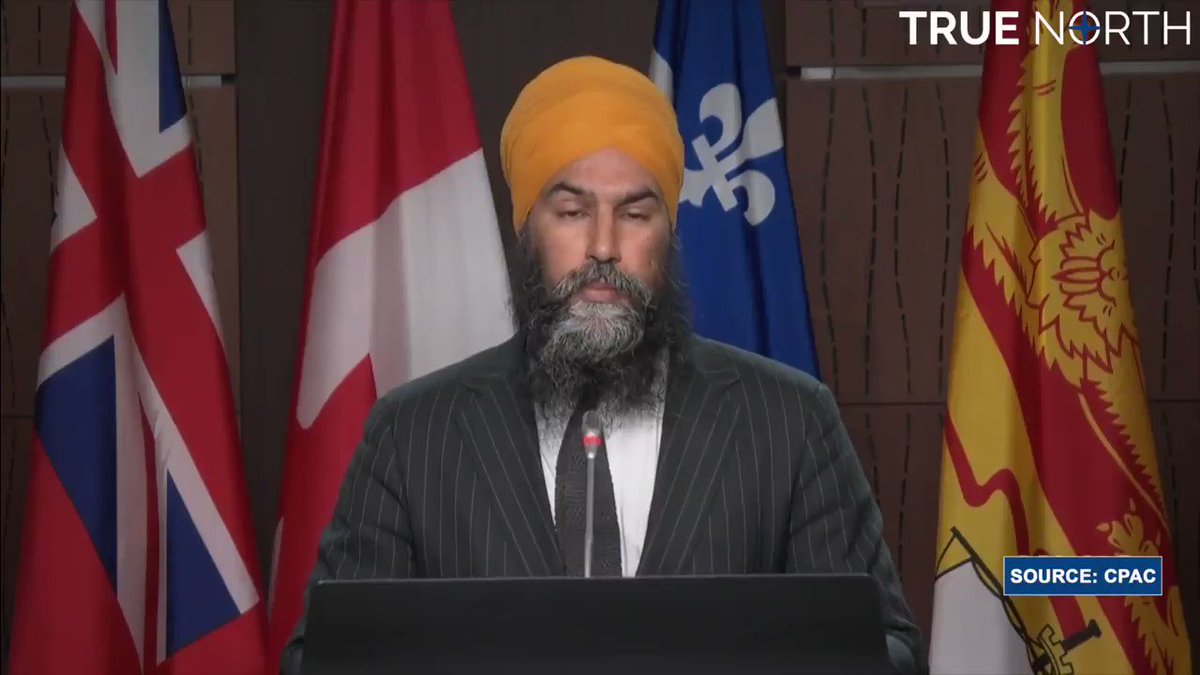 @NellyKapo
Too much love for President Museveni in Rwanda. Please note that this convoy includes the cars ( including the 'sweeping' vehicles) of the host country. 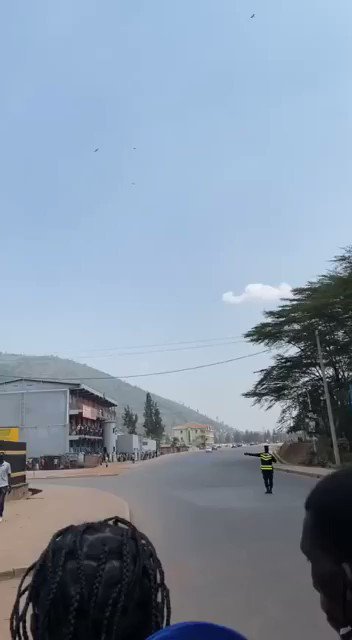 Farron Adams
@Farron_Adams
@TrueNorthCentre I don't recall seeing or hearing anything from the convoy organizers about overthrowing the government. And not once in 3 weeks did any of them attempt to enter Parliament. I do recall a group of MPs, @theJagmeetSingh included, falsely accuse them of arson so... there's that
23 Jun, 06:53 PM UTC

Lesly McConnell
@mcconnell_lesly
The convoy assholes versus the rest of Canada. We will win. #NeverVoteConservative #FreeDumbConvoy
23 Jun, 03:06 AM UTC

Greg MacEachern
@gmacofglebe
'You've had allies all along': Conservative MPs meet with convoy figures in Ottawa https://t.co/rLHSFvtfOV
23 Jun, 11:55 AM UTC

@CBCNews
A group of Conservative Party of Canada MPs met with some of the people planning protests in Ottawa this summer, including organizers of the Freedom Convoy that occupied downtown streets earlier this year. https://t.co/zkl0keQV9u
23 Jun, 04:00 AM UTC

Jaro Giesbrecht 🇨🇦🇸🇰
@JaroGiesbrecht
The Integrated Terrorism Assessment Centre, an arm of the Canadian intelligence community, warned in a special bulletin that they’re seeing mounting “aspirations to overthrow the fed government or to engage in mass violent resistance” #CanadaDayConvoy https://t.co/WTGKe3LRKt
23 Jun, 03:49 AM UTC

john d beggs
@dbeggs13
Any media questioning CPC leadership candidates if they will expel the MPs that met with and supported the Coup Convoy reps? And/or if they will endorse the actions of the convoy? No need to ask Lewis.
23 Jun, 06:23 PM UTC

@Nechey
@necheyNAM
Today marks 100 days since no aid convoy has reached Tigray due to a state-imposed siege. Civilians are left to sleep on an empty stomach with hopes they don't perish. @USAmbUN @StateDept @UKUN_NewYork act to #AllowAccessToTigray before it's too late. https://t.co/vMi5LsGGwt
23 Jun, 11:18 AM UTC

@SheilaGunnReid
I wish it was closer to 100% Translation: "Last night our team reviewed the tape from the Convoy meeting on Parliament Hill yesterday and we saw MPs actually meeting with Canadians unlike Trudeau. We got offended and we cried about it on Twitter. People laughed at us all day" https://t.co/XkhO1NY91Q
23 Jun, 10:39 PM UTC

Ryan Gerritsen🇨🇦
@ryangerritsen
Here’s Jagmeet with a make good video for his Liberal overlords. Propagating the lie that the unarmed convoy was somehow going to overtly the Government. He has the IQ of a walnut. https://t.co/kCZrwNOduq
24 Jun, 12:21 AM UTC

Fadi 🇨🇦 🇲🇺 She/Elle- belle comme une poubelle
@TiMoudou
Well, Canada 🇨🇦 are we on the path for our own Jan 6th Committee after Canada Day July 1st? Conservatives have brought in several Fruckers convoy members for a tour in Parliament this week Is it our Jan 6th reconnaissance simulation?
23 Jun, 09:46 PM UTC

Canadian Mama #PPC #VaccineVictims
@culture_myth
@MaximeBernier @WSOnlineNews CPC "is an establishment party. It doesn’t have the will to upset the status quo" "That is why the different freedom fighter groups or the Freedom Convoy did not originate from the CPC—they were spontaneous organizations emerging from civil society." https://t.co/PPFaSFJTmg
23 Jun, 09:59 PM UTC