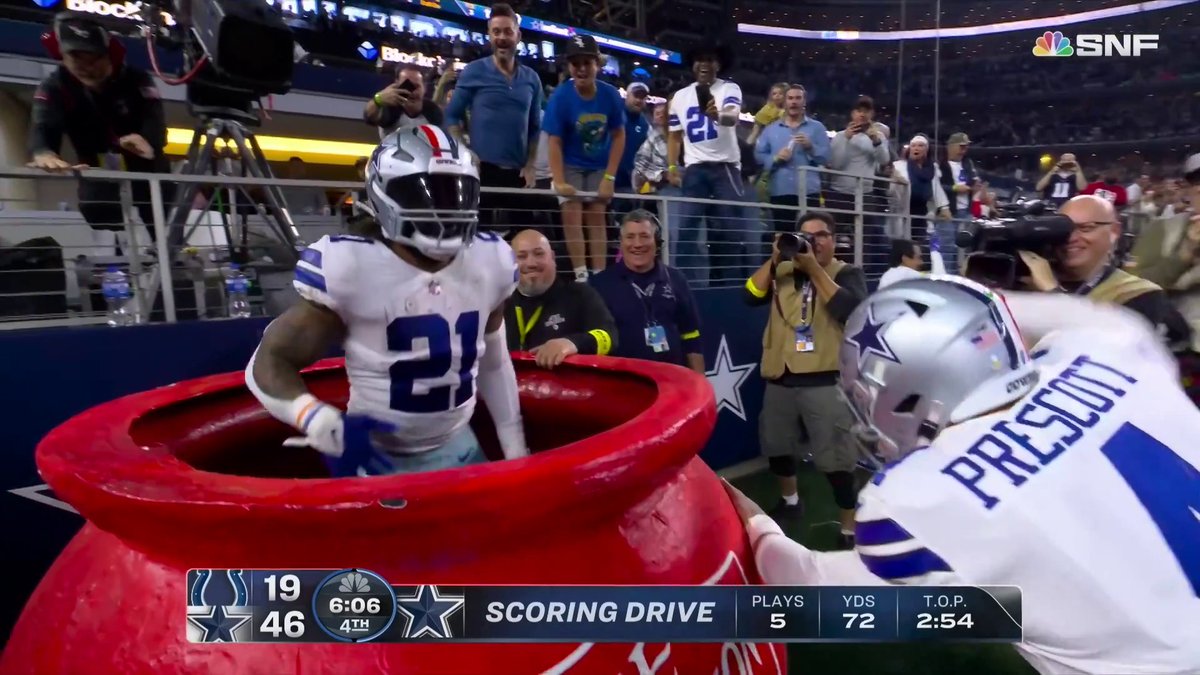 @SportsCenter
The Cowboys were EATING on Sunday night 🍗 📸: @dallascowboys 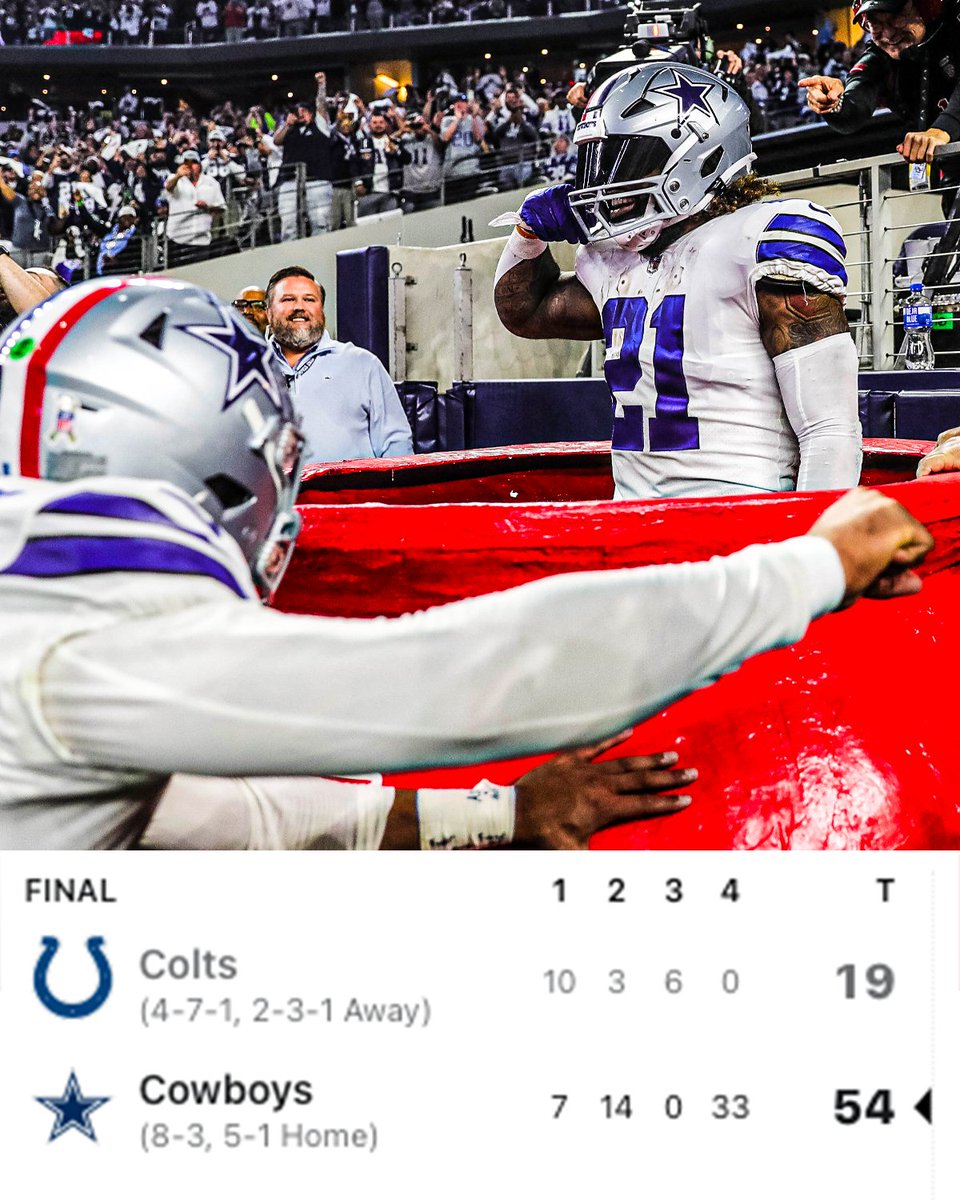 @FDSportsbook
*Matt Ryan drops back to pass* The Cowboys defense: 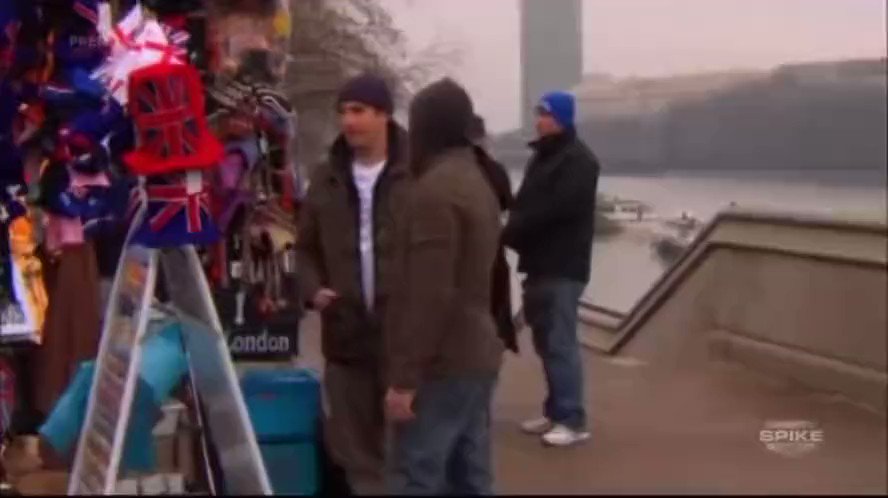 Cowboys Due Diligence
@StevieJPTX
The cowboys are good The eagles are good Everyone shut up
05 Dec, 01:37 PM UTC

@ESPNStatsInfo
Tony Pollard now has 5 TD of 30+ yards this season, the most in a season by a running back in Cowboys franchise history. 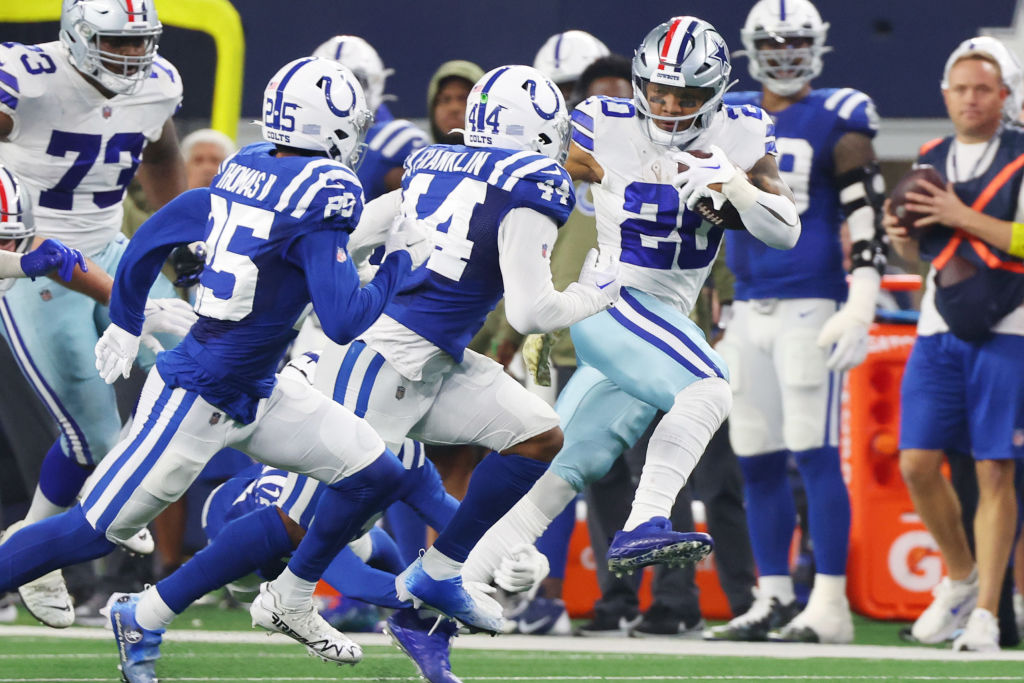 @JohnOwning
Pre-MNF, PFF's highest-graded defender in Week 13 is none other than #Cowboys rookie CB DaRon Bland with an outstanding 94.3 mark. He was allowed 2 receptions from 7 targets for just 9 yards while generating two INTs, a PBU and a coverage stop. 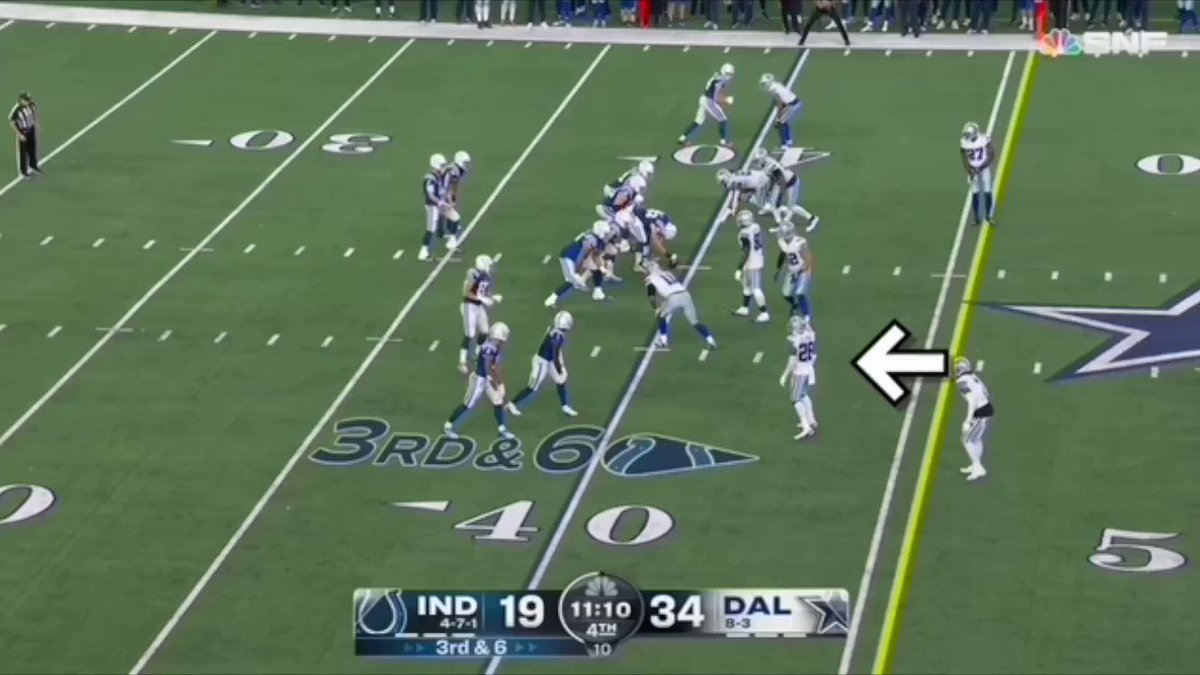 Slightly Biased
@BiasedSlightly
as a Dallas sports veteran, i can tell you this Mavs fans… we will have to wait until the Cowboys season is over for the Mavs to be good can never have two good things at once
05 Dec, 04:03 AM UTC

@clarencehilljr
Odell Beckham is at Cowboys facility meeting with the doctors and trainers. Mike McCarthy will meet with him later on this evening. He is expected to attend the Mavs game tonight and he will meet with players leadership committee on Tuesday. Full itinerary for Cowboys, Beckham
05 Dec, 09:45 PM UTC

@toddarcher
The Cowboys will open the practice window for Tyron Smith on Wednesday. There will be no padded practice this week but Smith’s return would be a boost.
05 Dec, 09:15 PM UTC

@GehlkenNFL
Cowboys coach Mike McCarthy on the play of safeties Donovan Wilson, Malik Hooker and Jayron Kearse in Sunday’s win over Colts: “I don’t know who the hell to give the game ball to.” 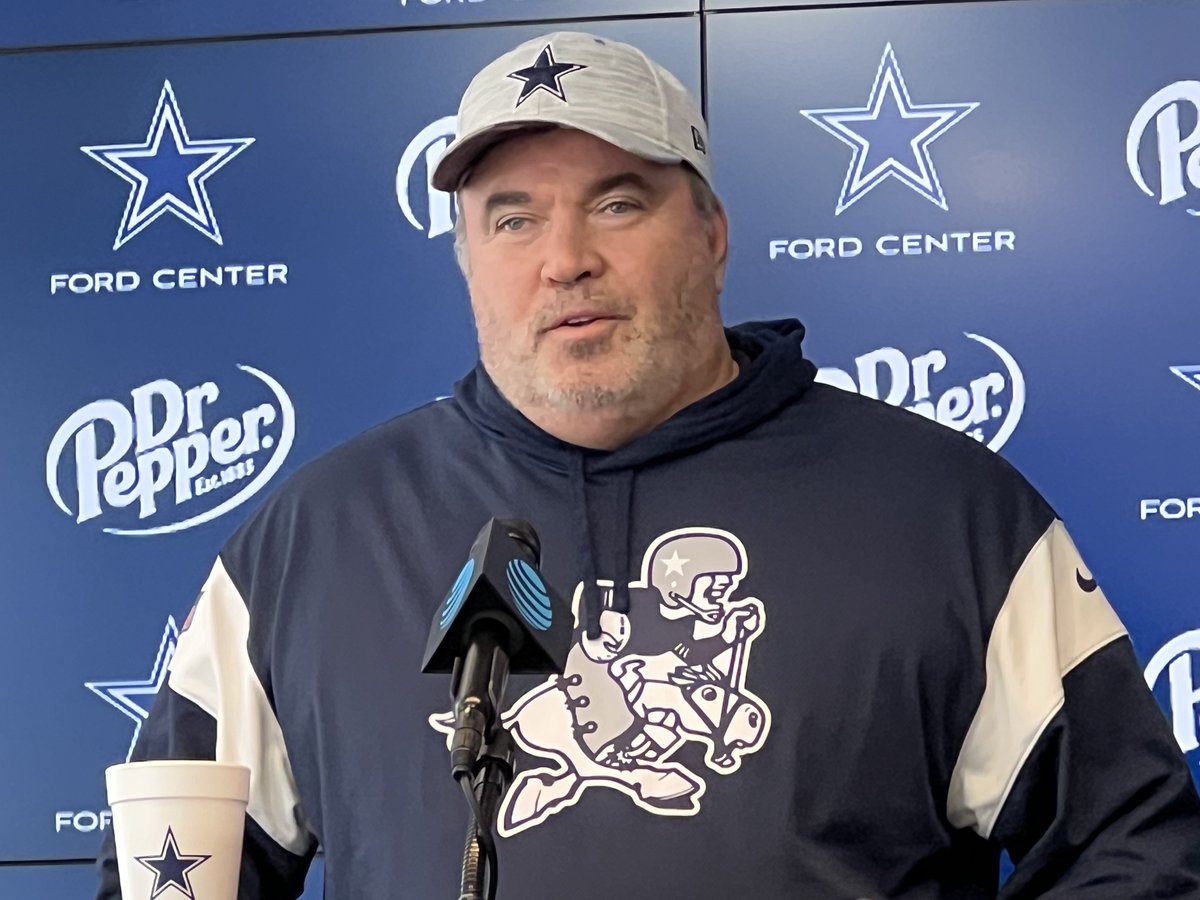 @GehlkenNFL
Cowboys owner Jerry Jones said Sunday that RB Ezekiel Elliott did not start vs. Colts for a disciplinary reason. “I’d be a lot more lenient than that.” Mike McCarthy flipped the phrase today when a PR staffer’s phone rang during news conference. Videos via @dallascowboys. 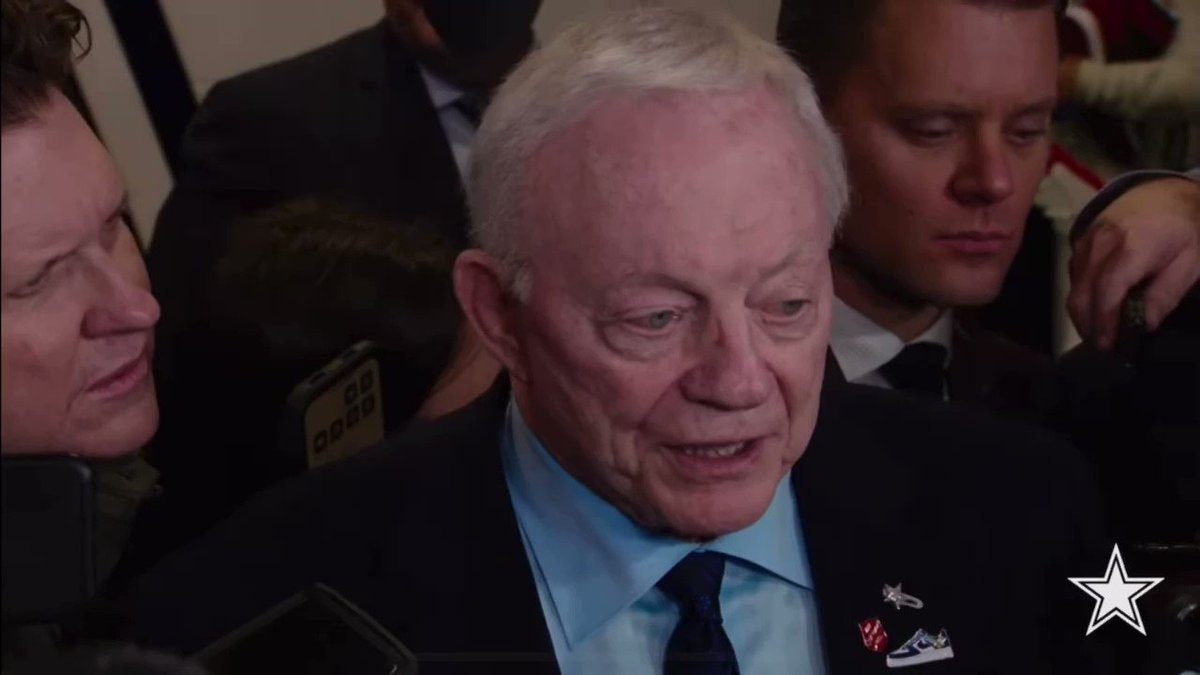 @Marcus_Mosher
Malik Davis can play. The Cowboys have a little something in their RB3.
05 Dec, 10:25 PM UTC

@GehlkenNFL
MRI has confirmed Cowboys CB Anthony Brown will miss the remainder of season with the left Achilles injury he suffered in Sunday’s win over Colts, coach Mike McCarthy said. “Obviously just emotional to see him go through that. …He will be missed.”
05 Dec, 09:10 PM UTC 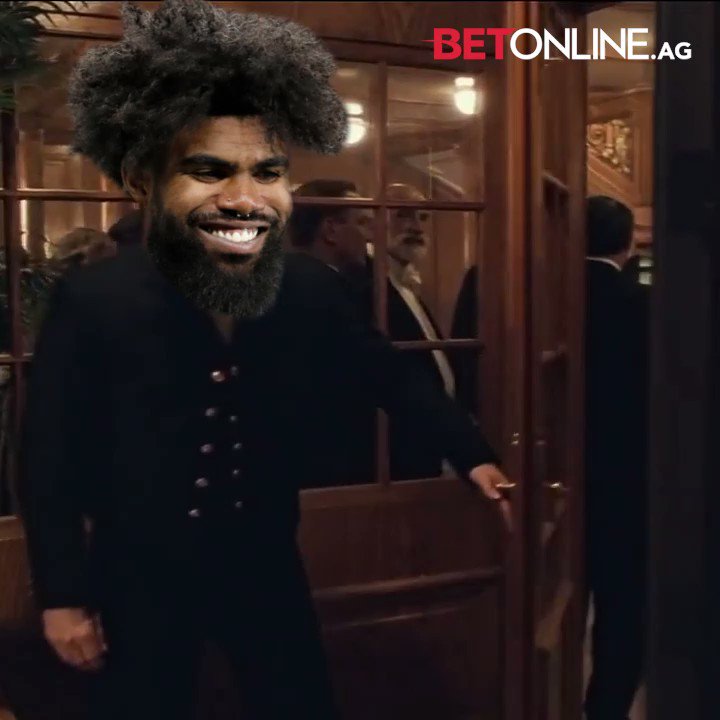 @GehlkenNFL
Cowboys OC Kellen Moore said he has yet to meet with free-agent WR Odell Beckham Jr., whose visit began today with physical. “A lot of us will have an opportunity as we go through this process.” 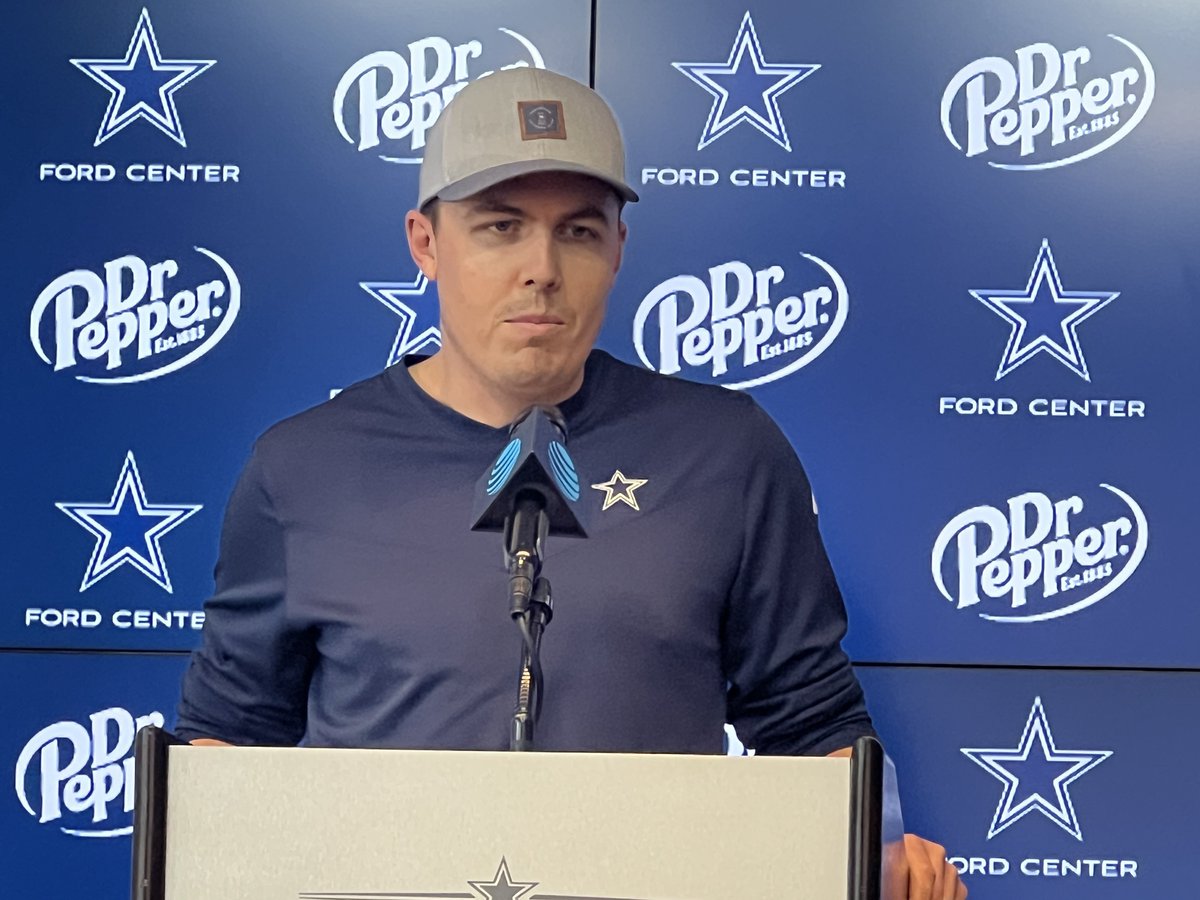 Dan Rogers
@DannyPhantom24
I can't remember a time when the Cowboys had so many rookies making this much contribution in a single game. In Will McClay we trust. Here's a little splash play tribute to the rooks... https://t.co/PUmwTKq8ub
05 Dec, 09:03 PM UTC 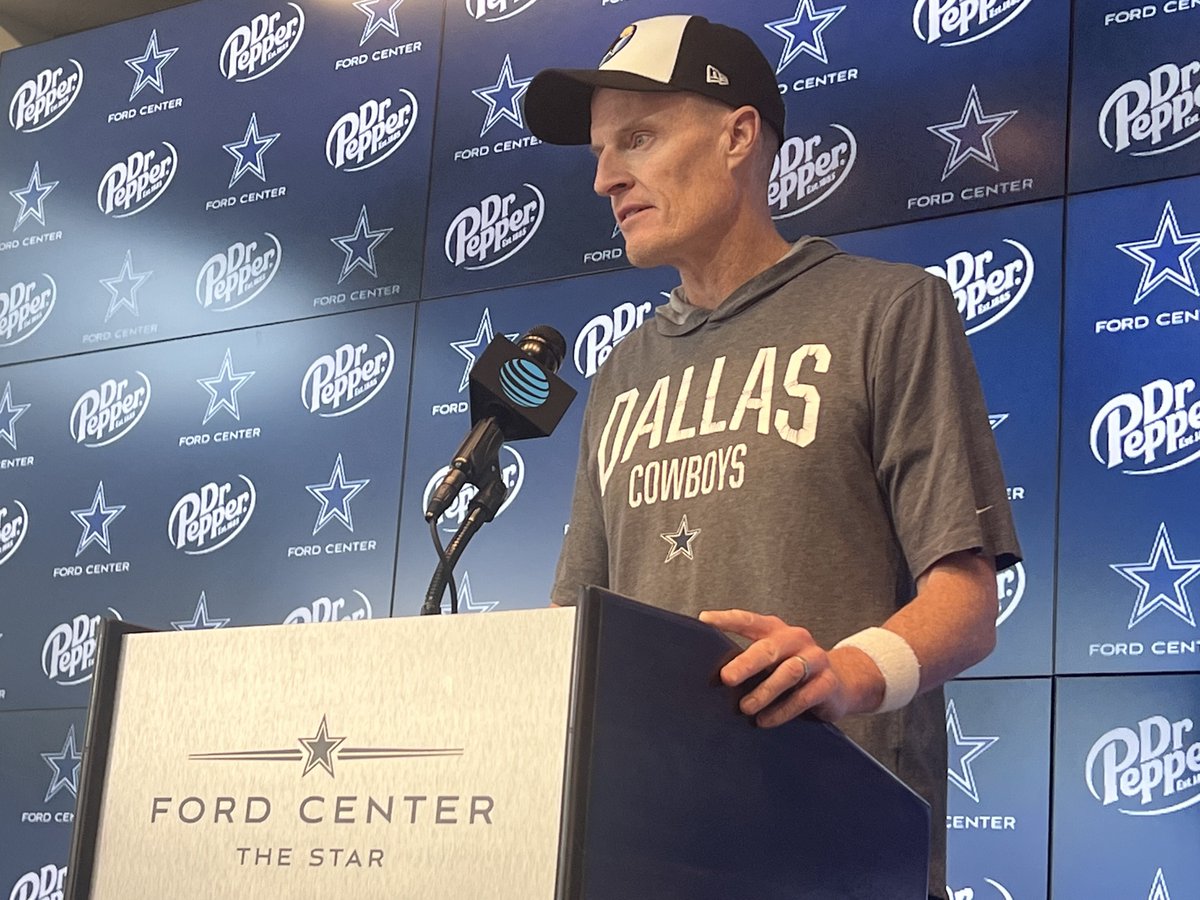