Dawkins is trending on Twitter. Popular tweets on Dawkins.

@alexvtunzelmann
It’s very thoughtful of Richard Dawkins to step again into the role of Twitter Main Character, just when the moderators had taken Naomi Wolf away from us
05 Jun, 07:30 PM UTC

@BudrykZack
Richard Dawkins furiously throwing The Great Gatsby to the floor after it never reveals where the green light was coming from
06 Jun, 03:52 PM UTC 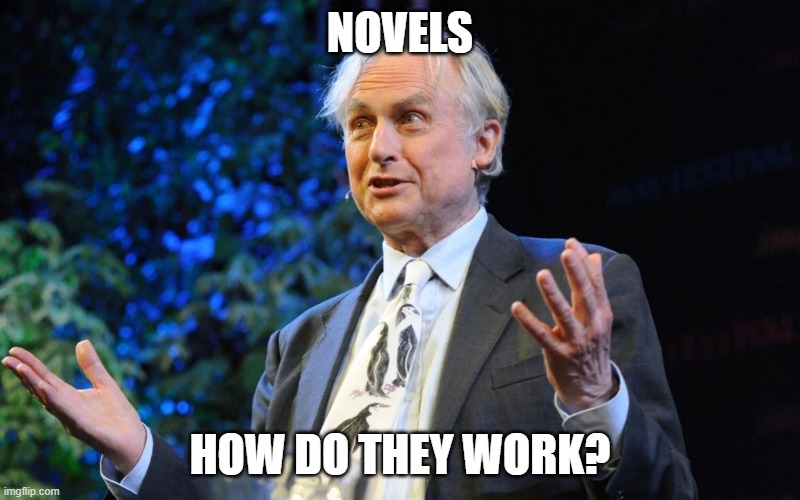 @cstross
Seems glaringly obvious to me that “Metamorphosis” is about the twin experiences of dysphoria and alienation. Dawkins seems unable to relate to interior mental states he, personally, has never experienced. 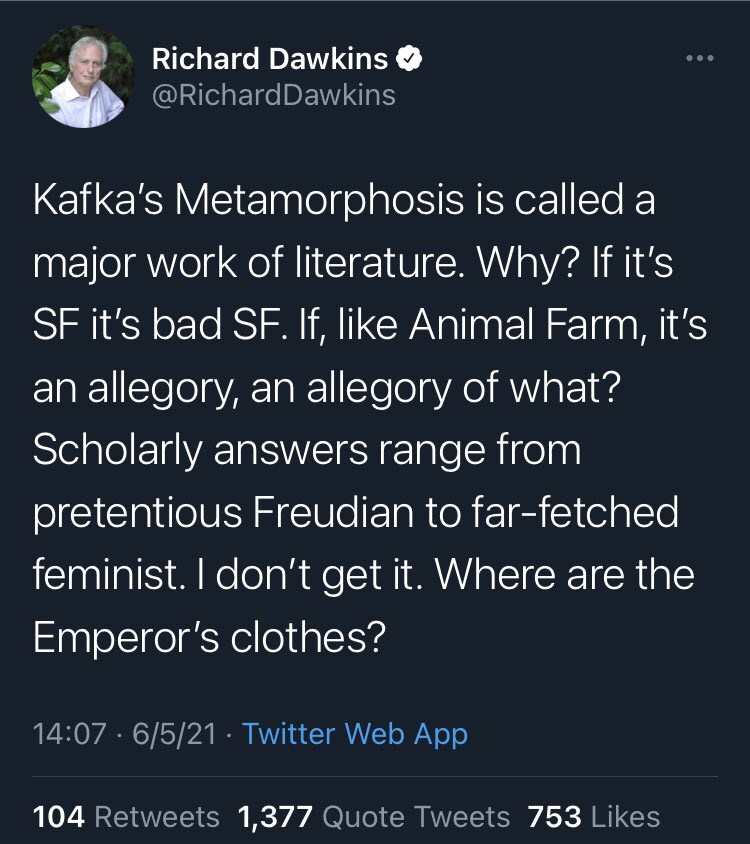 dr alex
@thermoflynamics
Richard Dawkins consistently serves as an excellent reminder of the need for people studying STEM subjects to have done at least one humanities class before they graduate https://t.co/FPd7Y5zbI2
06 Jun, 06:20 AM UTC

Sturgeon's Law
@Sturgeons_Law
One thing both Dawkins and many of the people defending the book here seem to agree on is that a book has to be "about" one primary thing in a very straightforward way, whether as allegory or otherwise, in order to be valuable. https://t.co/iPKjD2gcyT
06 Jun, 06:22 AM UTC

Dr. Katja Thieme 👀
@Katja_Thieme
All right. Gonna do a thread of cool responses to this ridonculous Richard Dawkins tweet. This will brighten up my unhappy day. https://t.co/yNPHK5DhXd https://t.co/whc4II2rjE
05 Jun, 07:33 PM UTC

Dale Henry Geist
@dalehenrygeist
@dphrygian Dawkins: “Well, which was it, the best of times or the worst of times? Make up your mind, Chuck.”
06 Jun, 06:02 AM UTC

Chance
@chancepmcmahon
As much as I want to drag Dawkins for not understanding Kafka, his tweet is a microcosm of the way STEM people often devalue the study of literature. There’s this assumption that it’s supposed to be easy and so if a text is “hard” it must have some deficiency.
06 Jun, 04:39 PM UTC

Reza Negarestani
@NegarestaniReza
When I was in my teen years I was unimpressed by Kafka's Metamorphosis just like Dawkins. But then I realized it's a work that tests one's limit of understanding literature. It's not SF or allegory, it's a self-contained form of literary compression, microcosmic worldmaking.
06 Jun, 06:32 PM UTC

Thony Christie
@rmathematicus
In their published works, Carl Sagan. Richard Dawkins and Neil deGrasse Tyson all write bad history of science. When I point this out, their fans say it doesn't matter, because they are brilliant science communicators. Somebody, who is a successful author and wilfully writes 1/2
06 Jun, 02:19 PM UTC

Acid Horizon
@acidhorizonpod
Dawkins in the gulag and just this on every page. https://t.co/Hv8nLB7wJ7
06 Jun, 05:34 PM UTC

@samthielman
Man this is hilariously bad. If you’re inspired by Richard Dawkins shouting OH YEAH WELL CAN GOD MAKE A ROCK SO BIG HE CAN’T LIFT IT, I don’t know what to tell you. The New Atheists got mainstream attention during the Bush years because they hated Muslims. https://t.co/t2Ai7olsGi 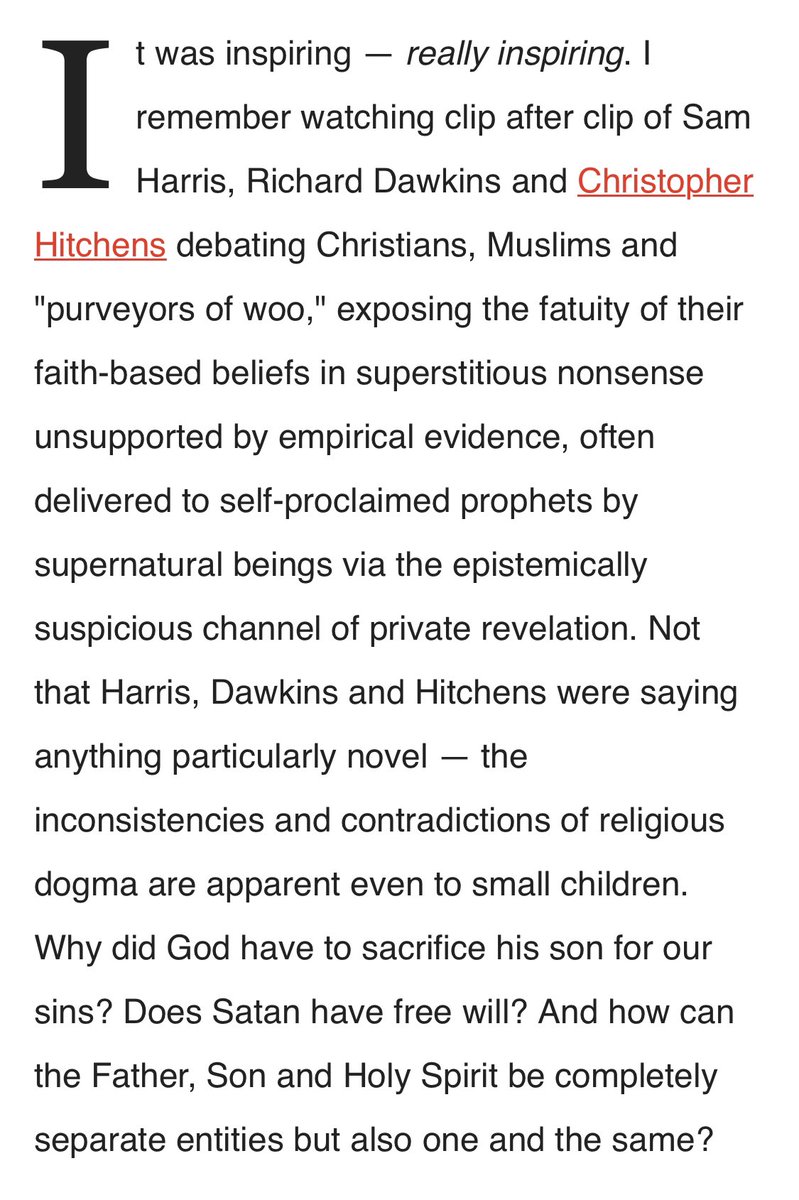 mcc
@mcclure111
So look, this is the only time you're going to find me defending Richard Dawkins: If *you*, in 2004, had awoken from uneasy dreams to find yourself transformed in your bed into a gigantic insect, wouldn't you too be a little sensitive afterward about media about that subject?
06 Jun, 06:45 PM UTC