Despacito is trending on Twitter. Popular tweets on Despacito.

@sarahmucha
After being introduced by Luis Fonsi, Joe Biden pulled out his phone and started playing Despacito ahead of his remarks kicking off Hispanic Heritage Month in Kissimmee, FL. 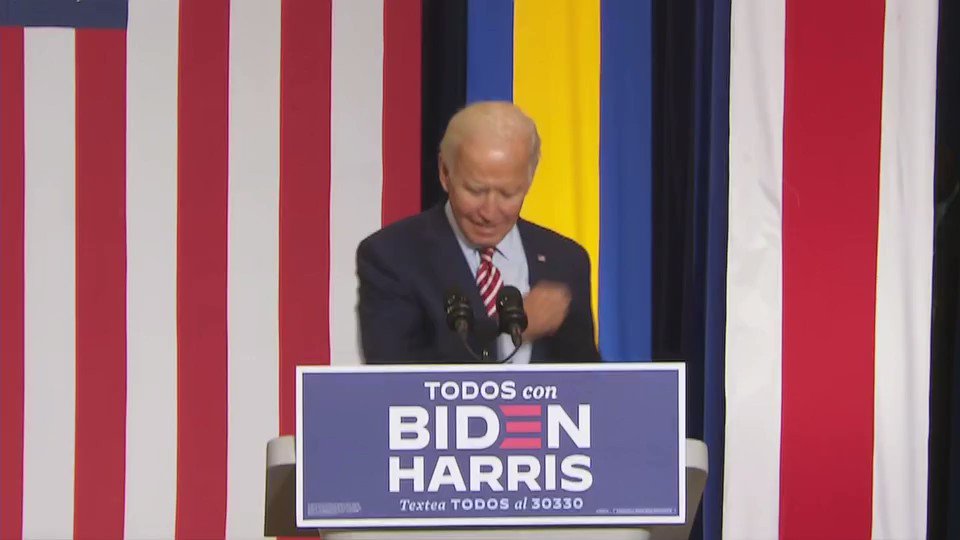 @dcexaminer
.@JoeBiden steps out and starts playing Despacito from his phone. 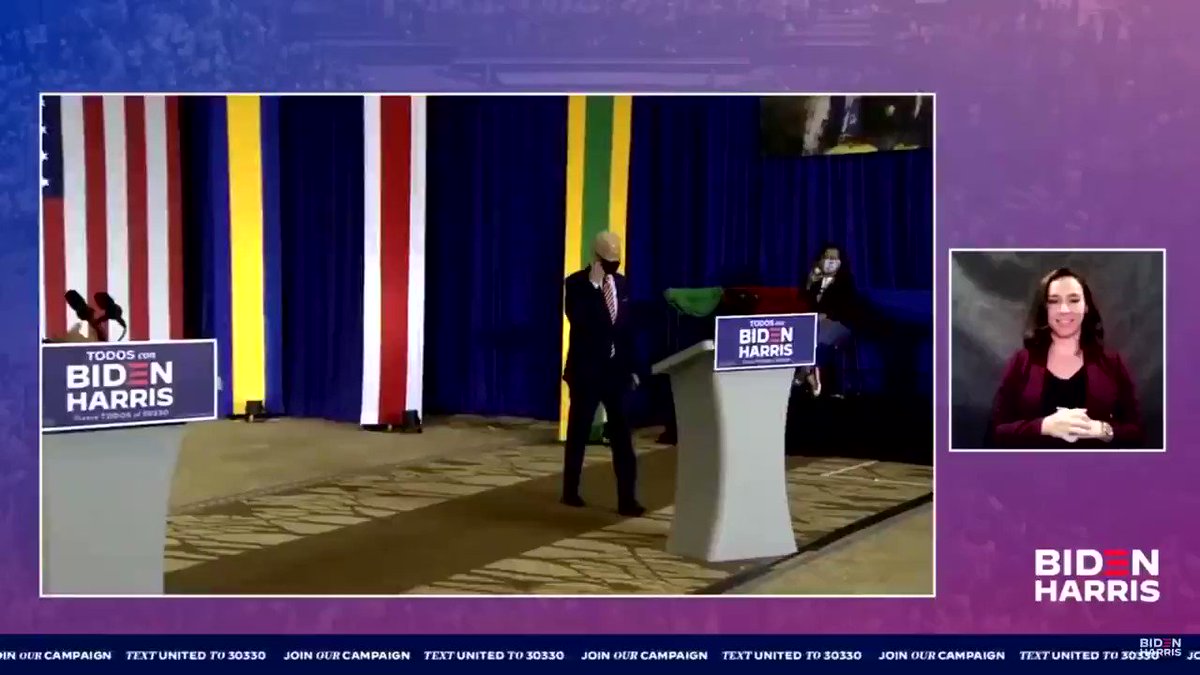 Leo Nayfeld
@LeoNayfeld
In the last two days, Trump flew to CA to be briefed on the fires, signed peace accords in DC between Israel/UAE/Bahrain he spearheaded, and did a town hall in PA with a Clinton official. Biden came out of his basement to play Despacito on his phone. I know who I'm voting for.
16 Sep, 02:33 AM UTC

@ZackBornstein
Not to kill the vibe, but do folks making fun of Biden for playing Despacito after he was introduced by the guy who sings Despacito know that a whistleblower revealed Trump's concentration camps are performing mass hysterectomies yesterday?
16 Sep, 03:18 AM UTC

@ChrisDJackson
For all you tools knocking @JoeBiden for playing "Despacito" at his event today, why not point out that @LuisFonsi, the artist who performed the song, had just introduced him? 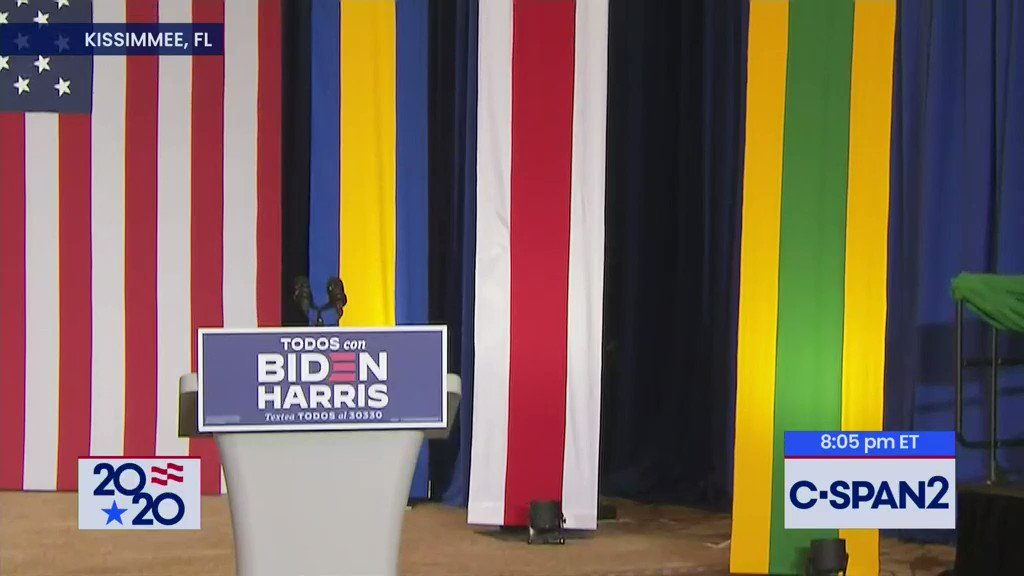 @RyanAFournier
Imagine how desperate you have to be to play ‘Despacito’ in attempt to win the Hispanic vote. 🤣
16 Sep, 03:02 PM UTC

@JordanUhl
i might not have health insurance at the end of the year so it's nice to see kamala harris wearing timbs and joe biden dancing to despacito that's very reassuring
16 Sep, 03:31 AM UTC

@donie
Twitter has labeled this video retweeted by the President as “manipulated media.” The original video has Biden playing audio of “Despacito,” not “Fuck Tha Police.” https://t.co/RSlKcMf8bG
16 Sep, 11:31 AM UTC

@HowardMortman
.@JoeBiden plays "Despacito" from his iPhone ... Does a bit of a dance, too.

@trish_regan
The #Despacito bit suggests desperation. #Biden is failing w/Hispanics bc he has no decent economic policies.#Latinos KNOW how bad #Cuba, #Venezuela are. playing a song on your phone isn’t going to change that. Btw. “Despacito” means SLOWLY in Spanish. Not a bright move.🤔
16 Sep, 11:10 AM UTC

@KyleKashuv
Didn’t think it was possible but Joe Biden playing Despacito at a Latino event manages to even out-cringe Hillary with her hot sauce
16 Sep, 04:09 AM UTC

Rogan O’Handley 🇺🇸
@DC_Draino
If you think a 10 second clip of Despacito will win over hispanic voters more than record-high hispanic homeownership and record-low hispanic unemployment, you might be a Democrat
16 Sep, 06:41 PM UTC

@GeorgePapa19
Not sure what was more offensive. Biden's "despacito" moment or kneeling in African garb. Nothing alienates Americans, who can be proud of their ethnicity, than vapid pandering by completely out of touch politicians. Less theatrics, more real life changing policies.
16 Sep, 03:34 PM UTC

@CalebJHull
No joke, here are the lyrics of Despacito translated to English: "Slowly I want to breathe your neck slowly Let me tell you things in your ears So that you remember when you're not with me Slowly I want to strip you off with kisses slowly" https://t.co/UFSUy9qDr4
16 Sep, 03:17 PM UTC

@TimRunsHisMouth
If you think you had a rough day, imagine being the staffer who had to show Joe Biden how cell phones work so that he could hit the button to pander with Despacito...
16 Sep, 01:54 PM UTC

Feisty☀️Floridian
@Feisty_FL
If I know Latinos, after he tried to play Despacito last night, they are all thinking, what’s wrong with this guy?
16 Sep, 12:33 PM UTC

@BenjaminNorton
After decades of terrorizing Latin America with imperialist war crimes and coups, deporting millions of immigrants, and then ignoring Latinos in his campaign, Biden played "Despacito" on his phone to try to seem hip. Someone should probably tell him what the lyrics are about 😂 https://t.co/NOBR6KZqWw
16 Sep, 03:11 AM UTC

Rising serpent 🇺🇸
@rising_serpent
The lyrics of Despacito are literally about sniffing a woman's neck and whispering stuff into her ear. "Slowly I want to breathe in your neck slowly Let me murmur things in your ear"
16 Sep, 02:20 PM UTC 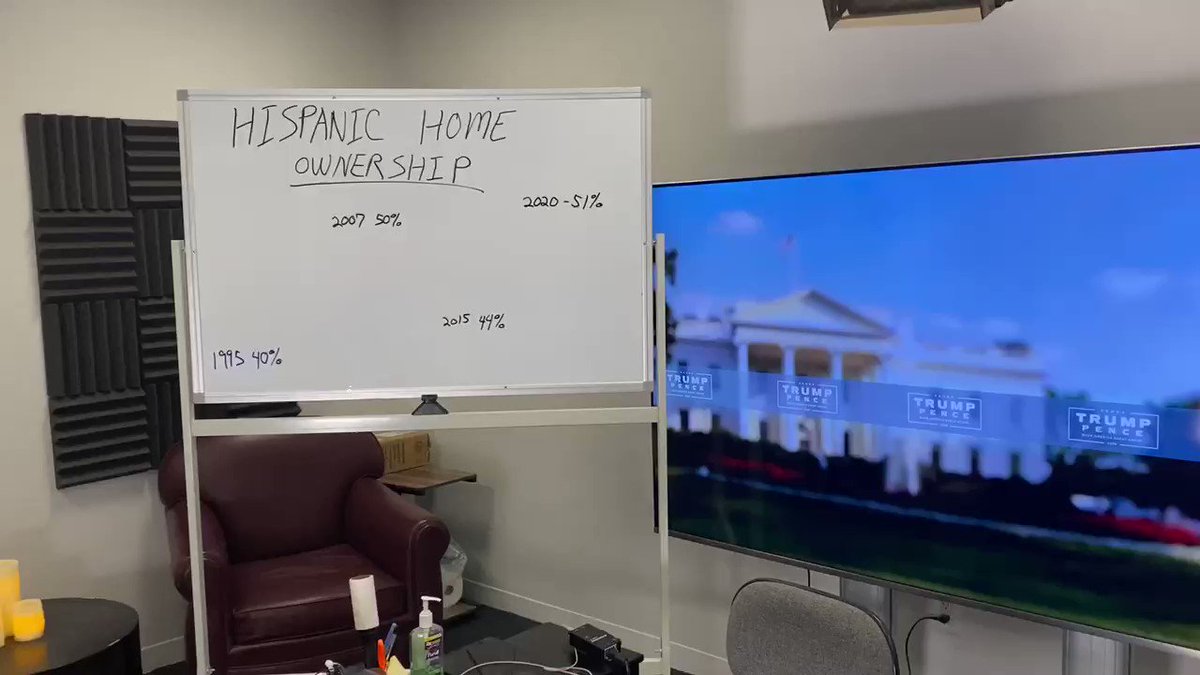 Mike
@FuctupMike
This mother fucker whipped out his cell phone, and played Despacito to 6 Spanish folk. I can't. https://t.co/10rxAKBRqE
16 Sep, 01:06 AM UTC

@NumbersMuncher
The President of the United States tweeted out a video that was changed to have Joe Biden playing Fuck tha Police on his phone when it was actually Despacito. The guy who cries Fake News sure loves to spread it. Trump needs to go. This is as embarrassing as it is exhausting. https://t.co/qfDIvIC1xa
16 Sep, 06:02 PM UTC

José
@yoruguaenusa
This is fucking serious The Dictator in chief is tweeting a doctored video of Joe Biden, and all @Twitter do is label the video as "Manipulated Media?" IT'S TIME TO SUSPEND HIS ACCOUNT https://t.co/pfUOZOLvOe
16 Sep, 03:49 PM UTC

Comrade Fudge
@HNIJohnMiller
7) But now it definitely won’t work Why? You mean besides Pelosi and Democrat governors annihilating their own legitimacy from orbit, Biden playing Despacito over his phone on a mic to try to win over latinos, picking Kamala Harris as their running mate, BLM shooting cops AGAIN
16 Sep, 05:03 PM UTC