Dunlap is trending on Twitter. Popular tweets on Dunlap. 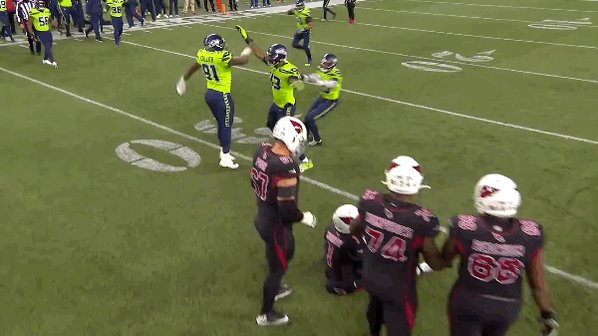 @MikeDugar
Carlos Dunlap has played three games for the Seahawks. He has three sacks.
20 Nov, 04:34 AM UTC 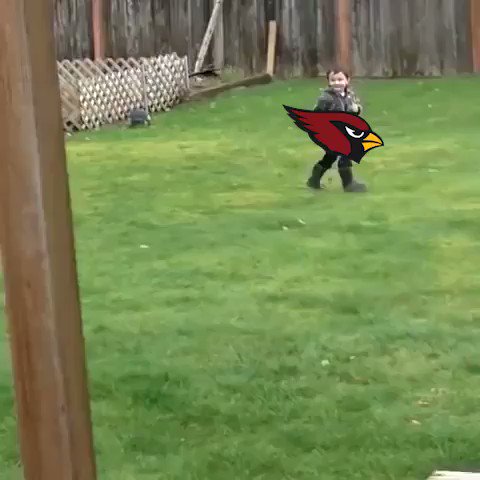 @Seahawks
"With the way the sideline erupted, I could only imagine what it would've been like if the 12s were there." @Carlos_Dunlap and the rest of our team missed the energy of our @12s tonight. 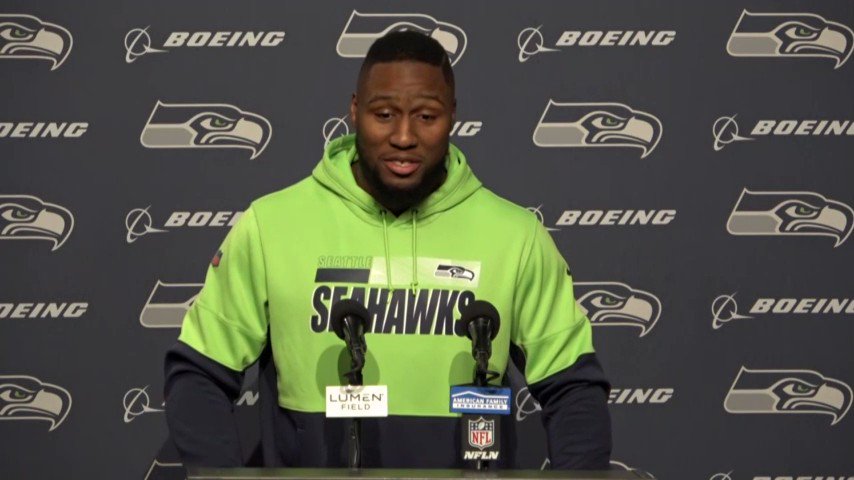 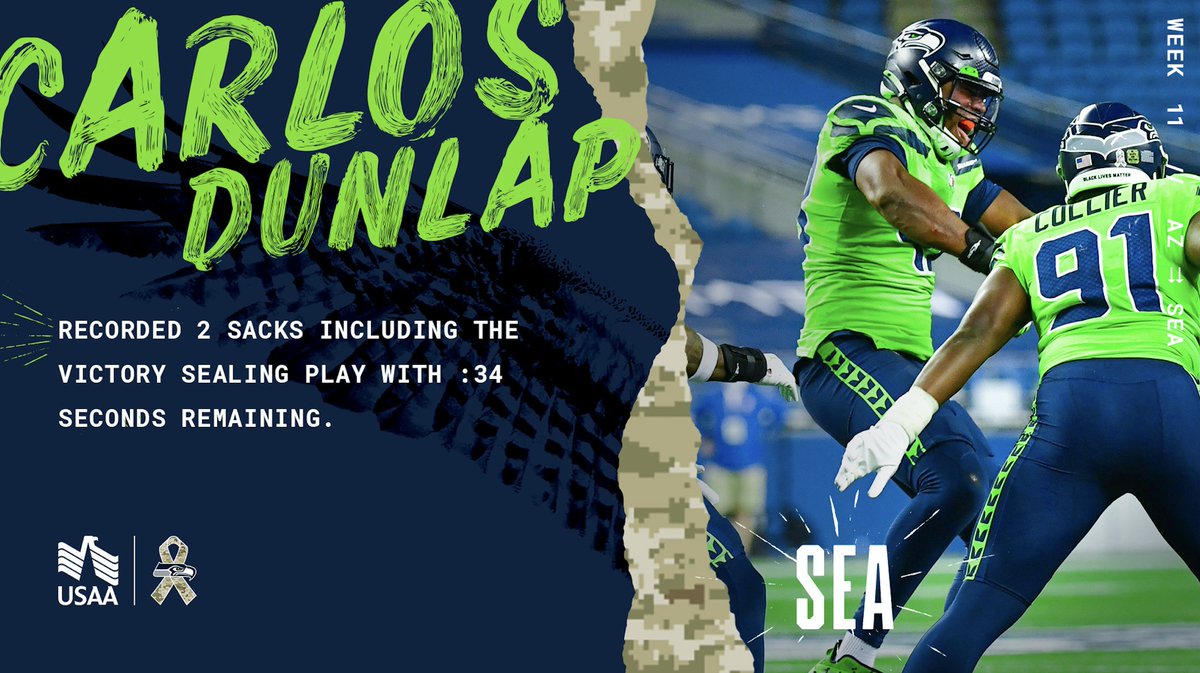 @NFL
.@Carlos_Dunlap coming in hot to close out the game! #Seahawks 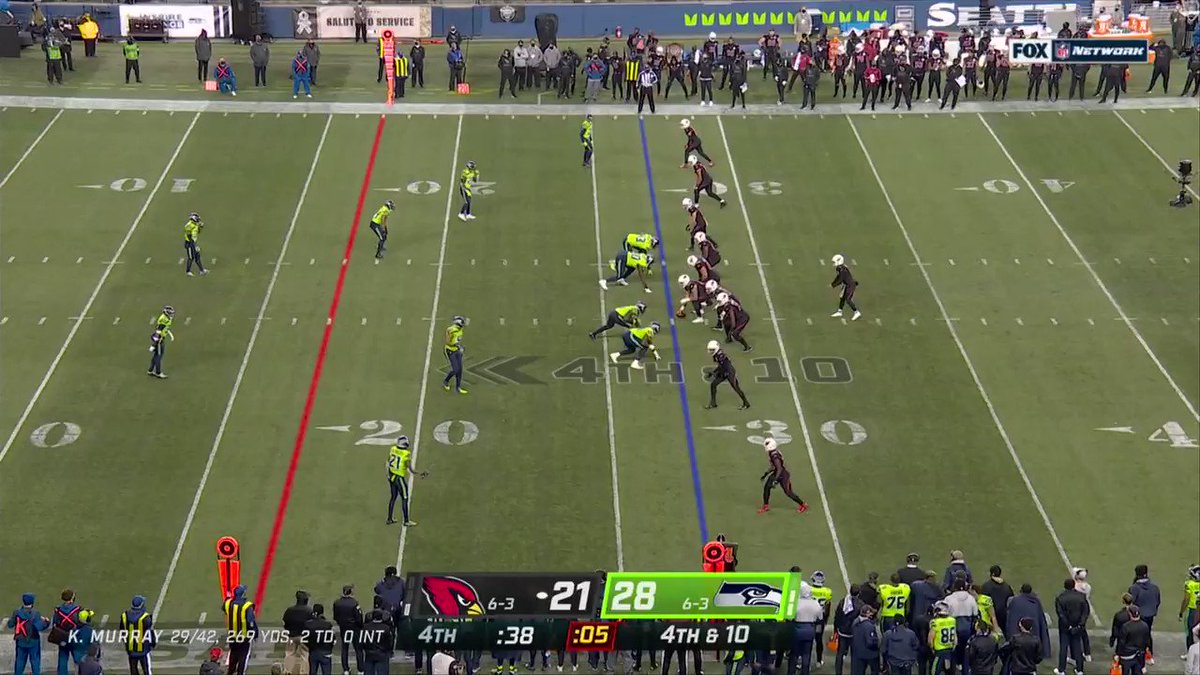 Chris (Beak-team State Fan)
@30AcreFortress
With 3.5 sacks in three games with the Seahawks, Carlos Dunlap has 0.5 more sacks than Clowney had for Seattle last year and 3.5 more than Clowney has for TEN this year.
20 Nov, 04:38 AM UTC

NFL Update
@MySportsUpdate
#Seahawks’ DE Carlos Dunlap on facing Kyler Murray and getting the game-ending sack: “I like my chances. I'll chase after a squirrel all day." 🐿
20 Nov, 05:39 AM UTC

@Joe_Fann
Carlos Dunlap on rushing against Kyler Murray: "I like my chances. I'll chase after a squirrel all day." lol
20 Nov, 05:35 AM UTC

@BrockHuard
That was a courageous win for the Seahawks tonight & could set the tone for the second half of the season. Down their best RB. Down 3 OL. Down TE. Down their best CB. Everyone down on a very poor defense & they finished. LJ’s career game & Dunlap is a difference maker.
20 Nov, 04:37 AM UTC

@gbellseattle
Carlos Dunlap says Pete Carroll "tackled me on the sideline" after his game-ending sack of Kyler Murray. "Crazy. "This is a whole different environment, man." #Seahawks
20 Nov, 05:38 AM UTC 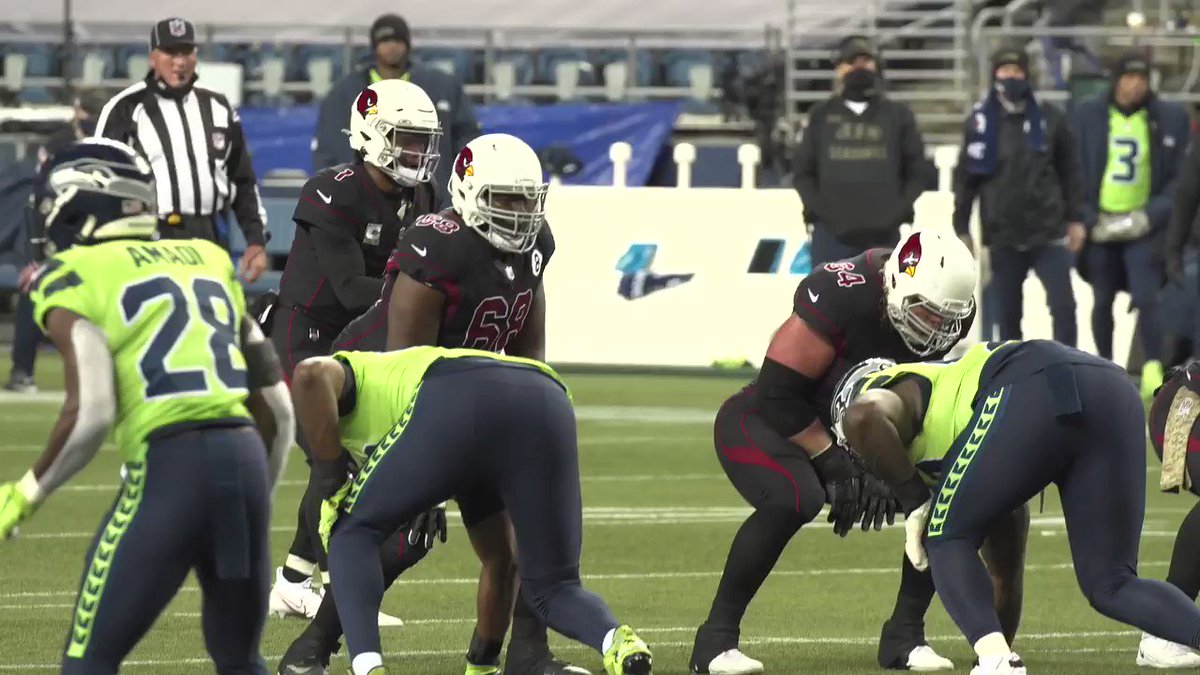 Curtis Crabtree
@Curtis_Crabtree
Carlos Dunlap: "I personally still see myself being able to do for years to come and I hope you got a taste me today. "(Carroll) was fired up. He almost tackled me on the sideline. That was crazy to see a head coach that involved."
20 Nov, 05:39 AM UTC

DAVIS HSU
@DavisHsuSeattle
can we get Dunlap a real jersey number now?
20 Nov, 06:14 AM UTC

Alistair Corp
@byalistaircorp
Carlos Dunlap saying "I'll chase after a squirrel all day" after this sack makes it quite possibly the greatest play in NFL history and you'll be hard pressed to convince me otherwise https://t.co/RPtuDEHuTY
20 Nov, 06:02 AM UTC

Brian Nemhauser
@hawkblogger
Whoa. Dunlap got home despite the Seahawks only rushing three on the final play. https://t.co/6DrzWXzq1w
20 Nov, 06:42 AM UTC

@Joe_Fann
The #Seahawks traded for Carlos Dunlap three days after failing to hit or sack Kyler Murray a single time in Week 7. Four weeks later, it was Dunlap who called game with a win-sealing sack. Story on the poetry of Dunlap's clutch play vs. Arizona: https://t.co/0an9YoSj4f
20 Nov, 06:52 AM UTC

@rileymichel
#Seahawks went out and traded for Carlos Dunlap after their week 6 loss to the Cardinals and boy has it payed off. Dunlap finishes the game with 2 sacks, 3 QB hits and 2 TFLs.

@FieldGulls
Good day to be a Carlos! Dunlap and Hyde were huge for Seattle in a pivotal divisional game Winners and Losers from Seahawks 28 Cardinals 21 https://t.co/W54GM92UDz 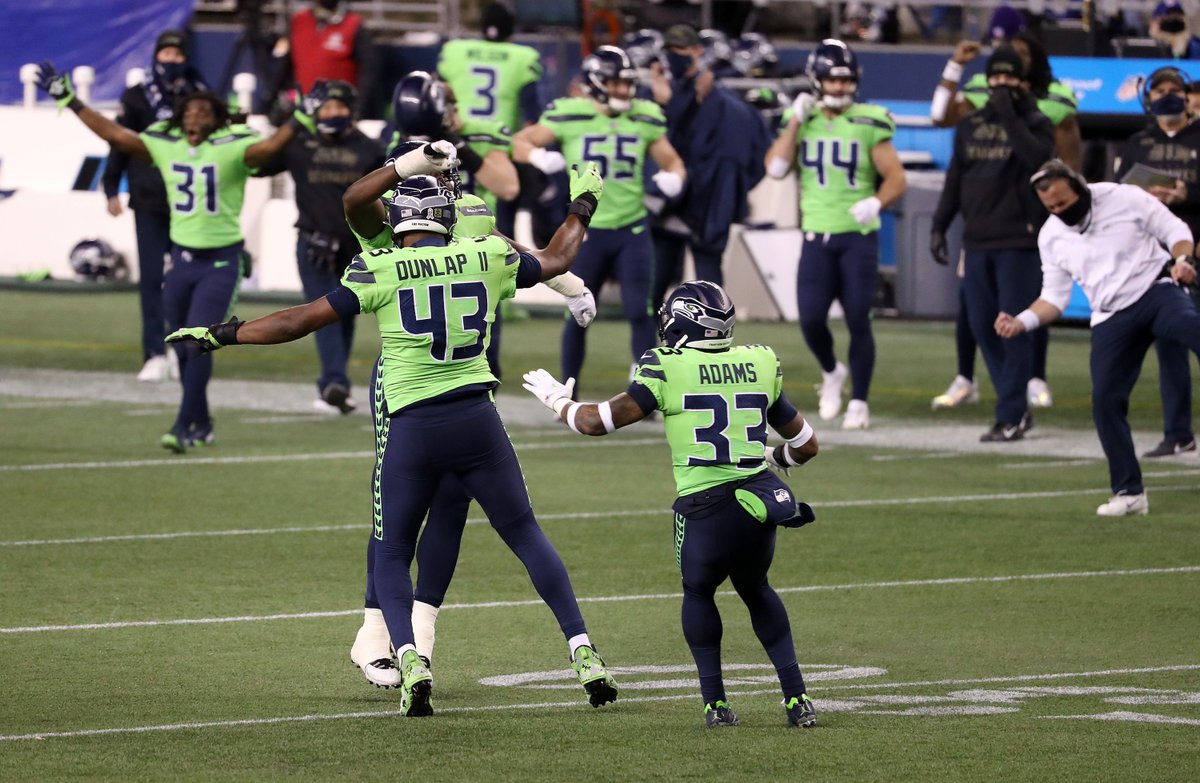 @AJ_McCord
For weeks the #Seahawks have been telling us they're better than how they've been playing. Tonight - they proved it w/the legs of Carlos Hyde & the penetration of Carlos Dunlap the primary reasons they had a different result tonight vs the Cardinals https://t.co/ThX2rjjg12 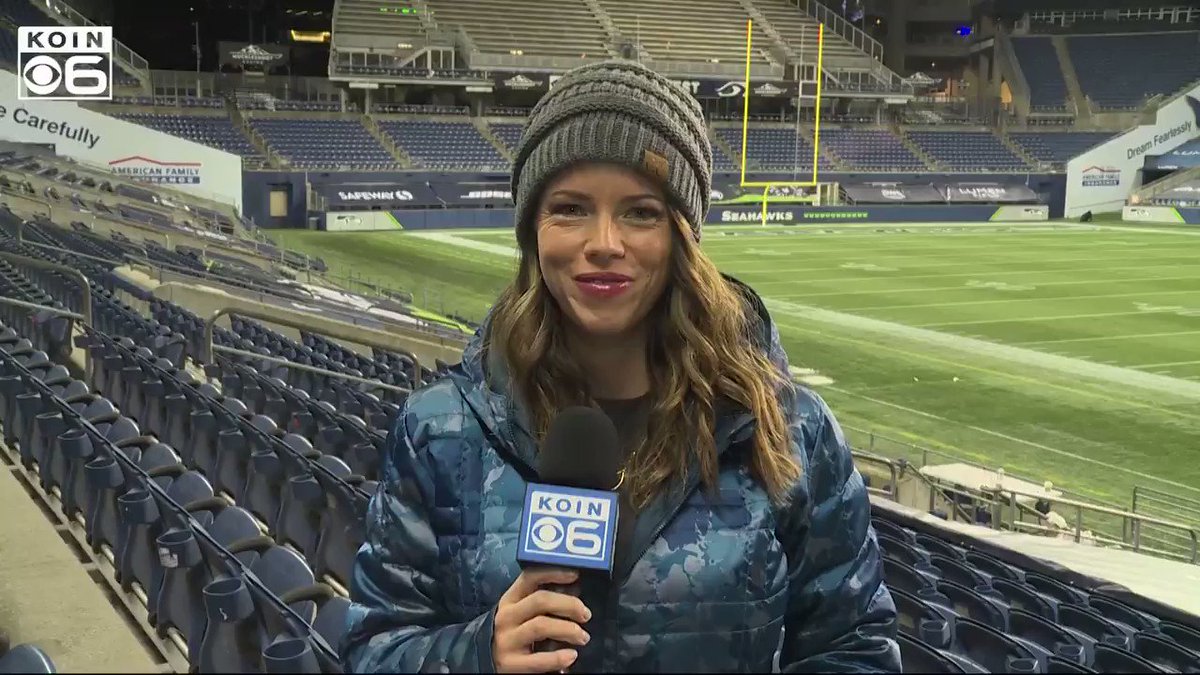 @ENQSports
Tony Gonzalez: "This is why you go get Carlos Dunlap - because they're serious about making that deep playoff run." Curt Menefee said the former Bengals DE's sack of Kyler Murray with :34 left "may have saved Seattle's season." https://t.co/ZZk5xm02P3
20 Nov, 05:26 AM UTC