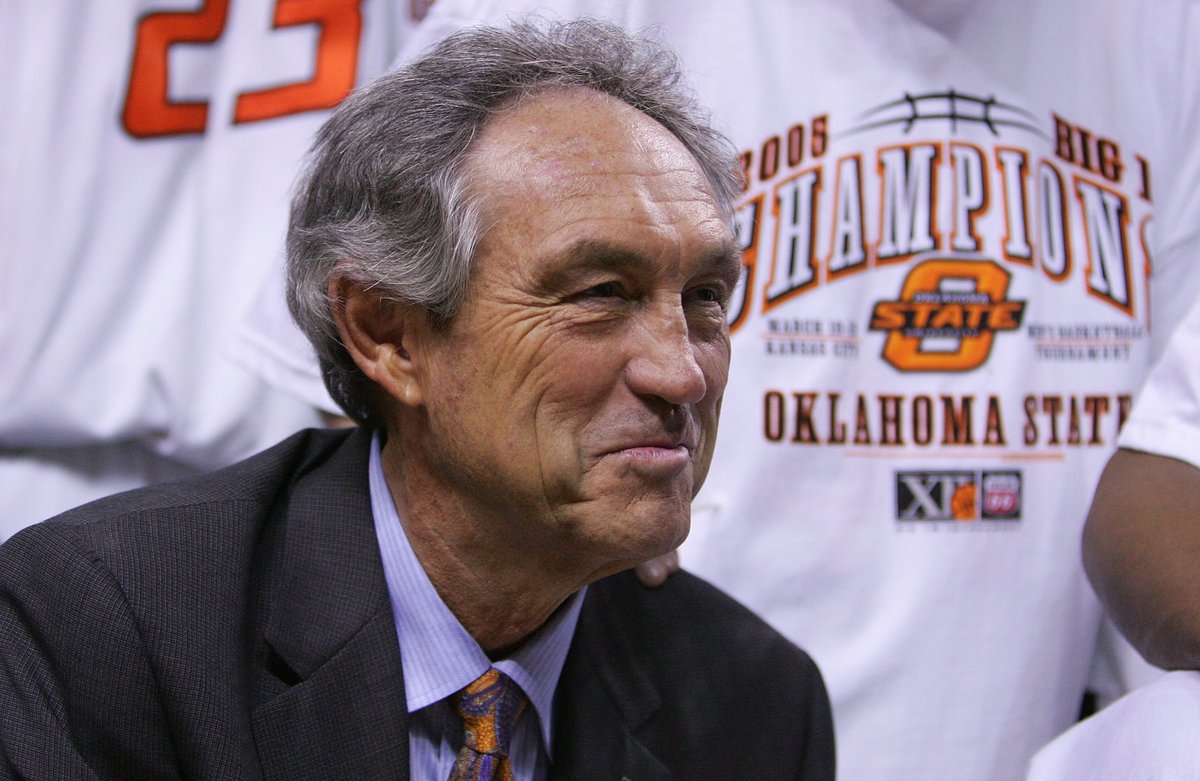 @RexChapman
Eddie Sutton was a fascinating and complicated person. He also was an unbelievable teacher of the game of basketball. I was fortunate and lucky to have learned from him. Grateful. Hall. Of. Famer. Thanks, Coach Ed. Rest.🏀🌎❤️🖤 https://t.co/bfIk7fm1xd
24 May, 03:23 AM UTC 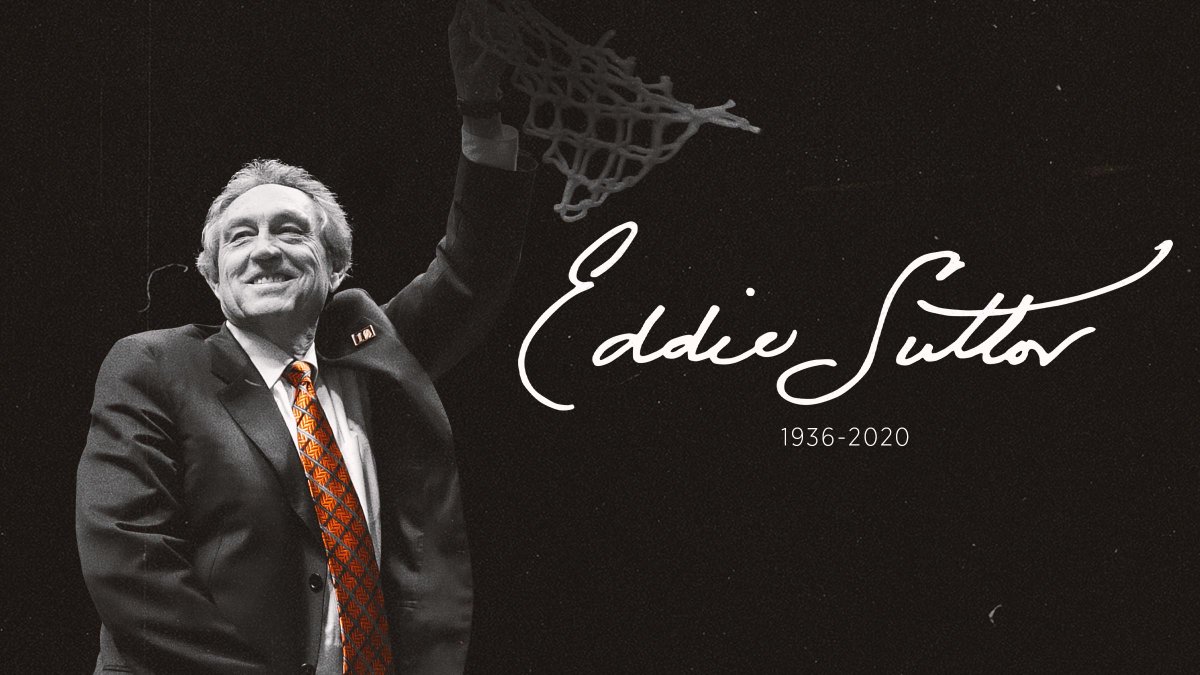 @KySportsRadio
Former Kentucky Coach Eddie Sutton has passed away He coached the Cats from 1985-1989 and brought (among others) Rex Chapman and the Unforgettables to Lexington He was a College Basketball coaching legend. Prayers to his family, friends and former players. RIP Eddie 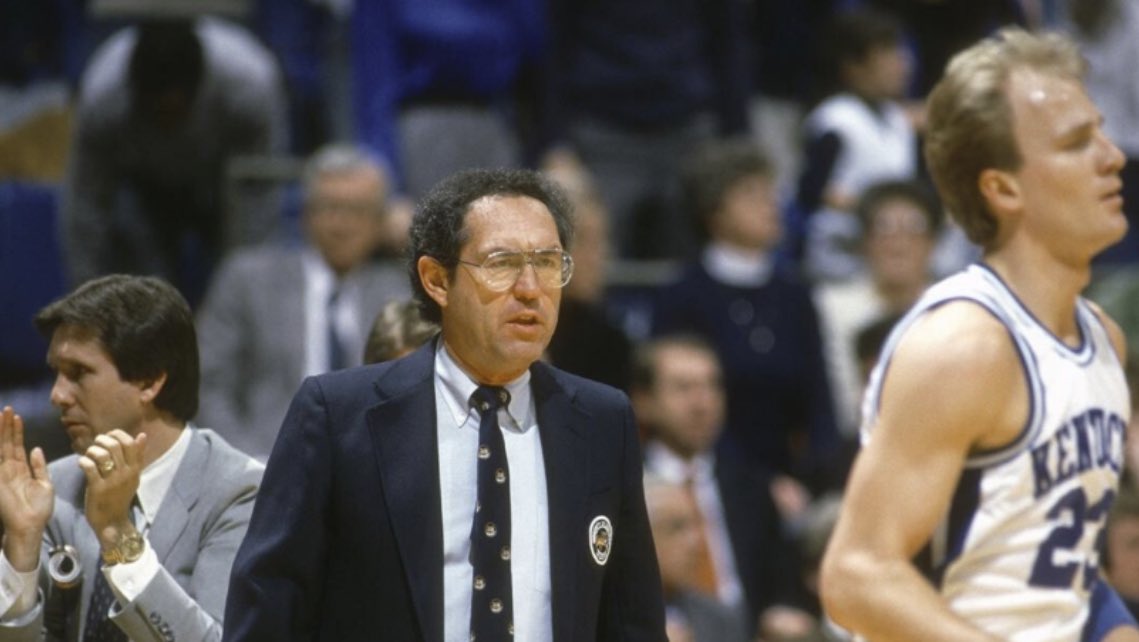 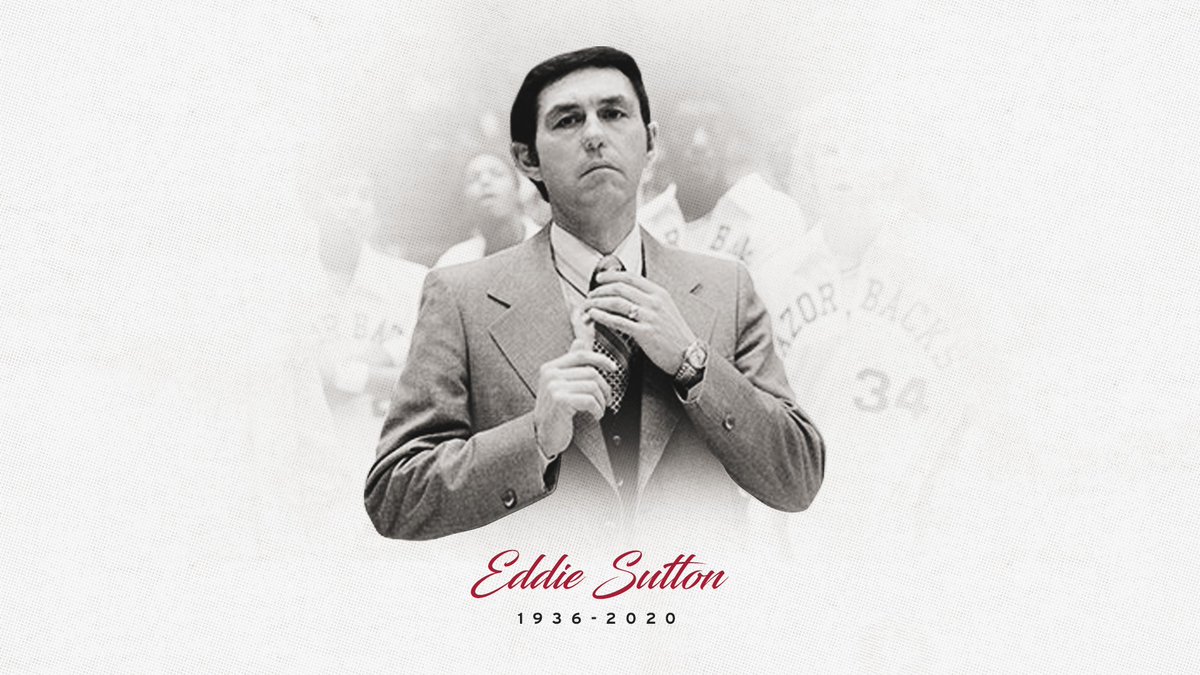 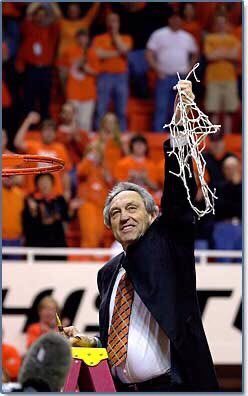 @ArkansasOnline
BREAKING: Eddie Sutton, who built the University of Arkansas basketball program into a national power and won more than 800 career games as a college coach, has died in Tulsa at age 84. Read more » https://t.co/j2sBovy3n1
24 May, 03:00 AM UTC

Burns Hargis
@burnshargis
#okstate is deeply saddened by the passing of Coach Eddie Sutton. A Hall of Fame Coach with more than 800 wins, he revived our historic basketball program and will always be revered and loved by the #CowboyFamily. Our thoughts and prayers are with the entire Sutton family. 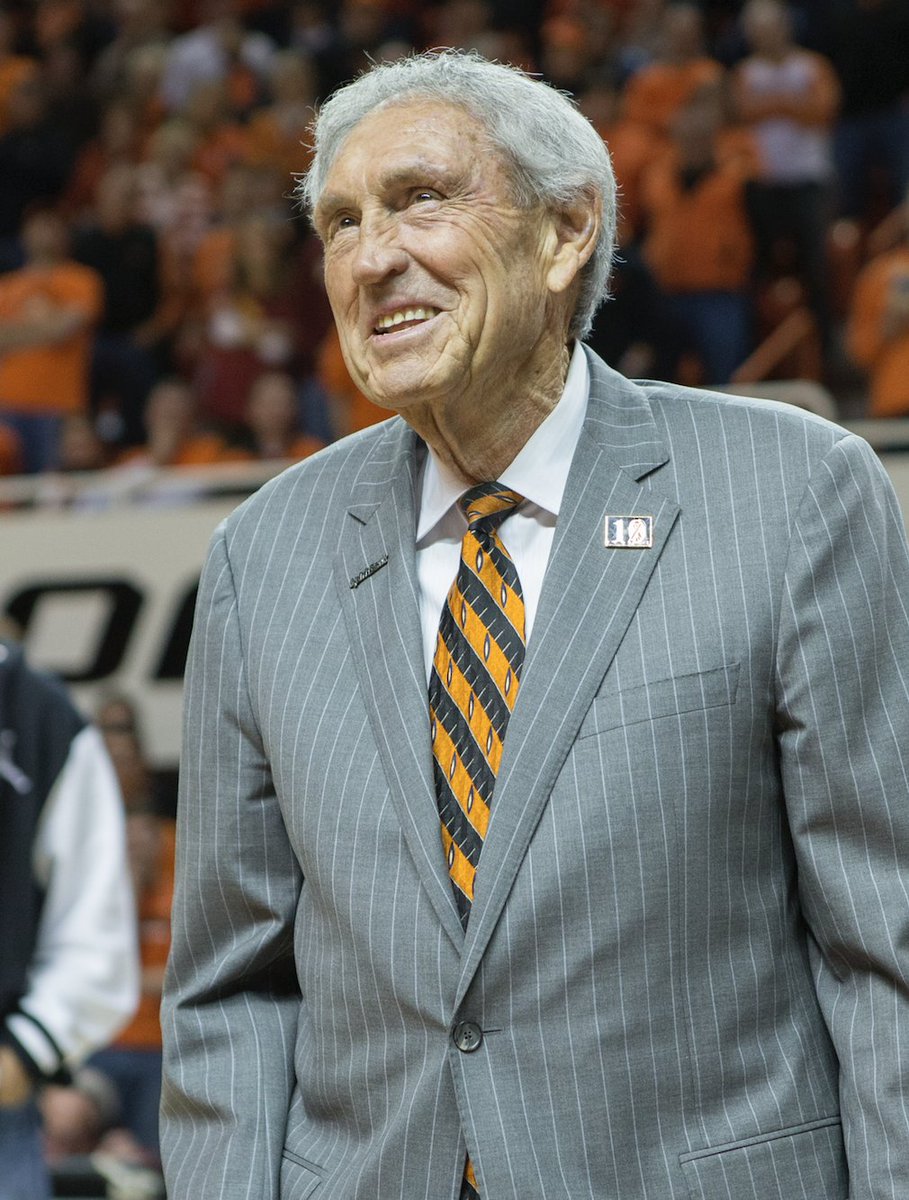 @UKCoachCalipari
Eddie Sutton has passed away. He had a HOF career and touched many lives, including mine. He was always kind to me and my family when I was a young coach and we’ve stayed in touch throughout his life. He’s going to be missed. RIP, my friend. He and his family are in my prayers. 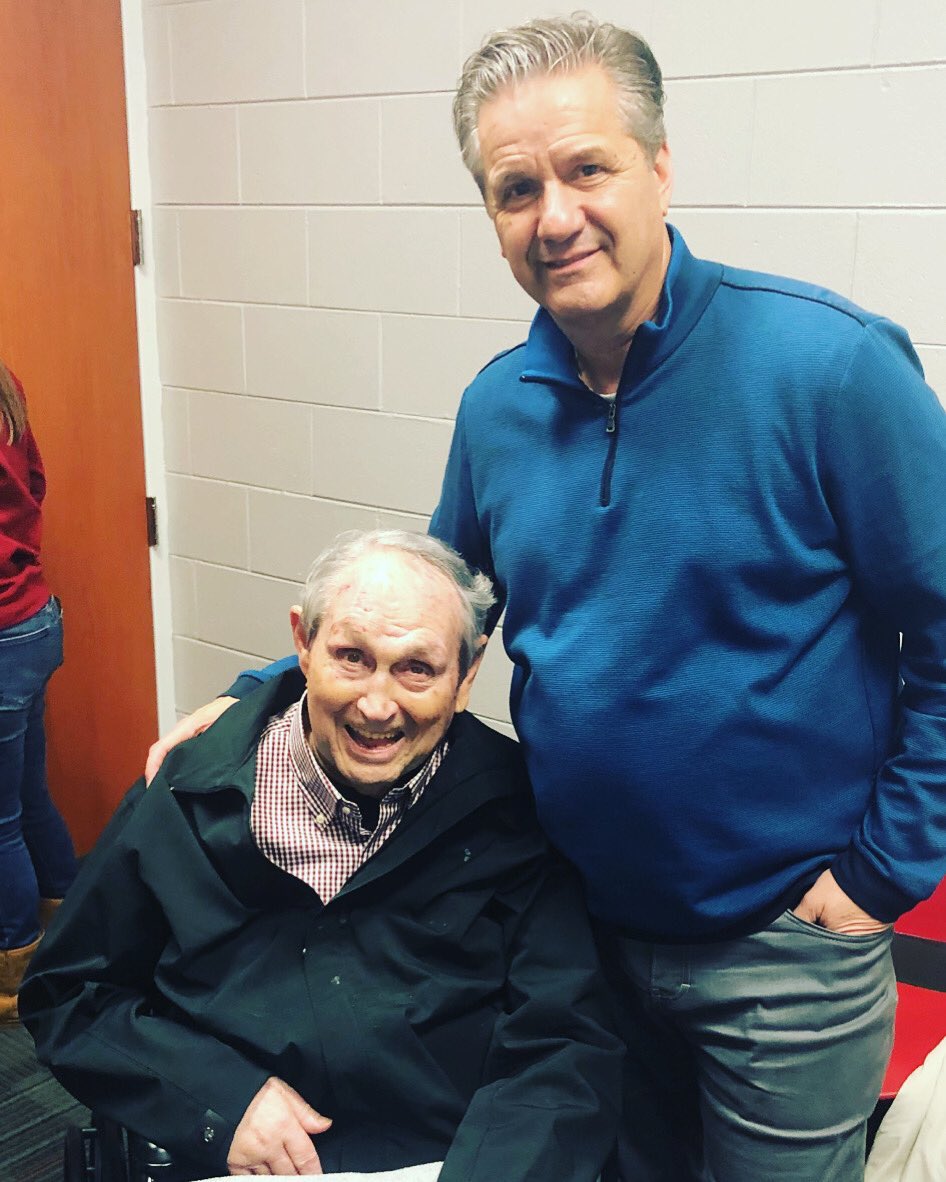 @jacobunruh
Just received this from the Sutton family. Legendary #OKState coach Eddie Sutton died this evening. He was 84. 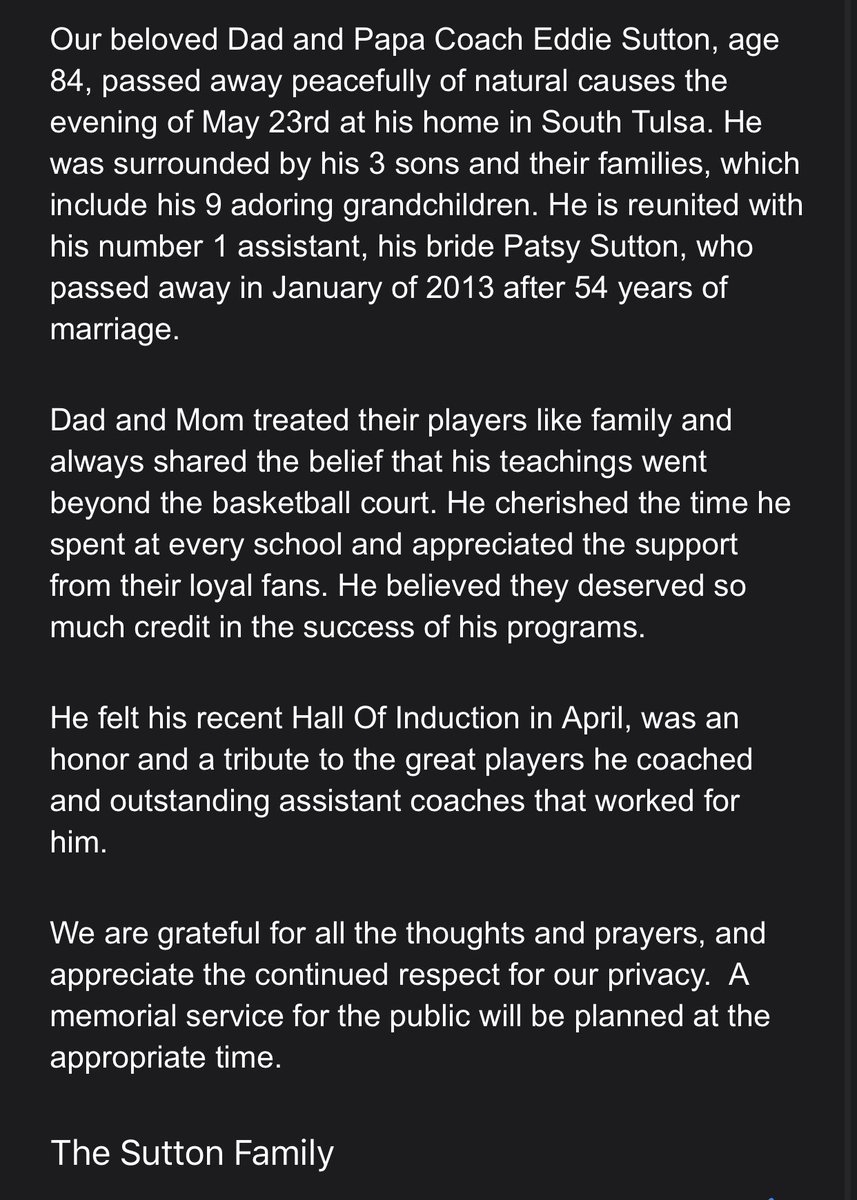 Kevin Trainor
@KTHogs
In what would be his final trip to the University of Arkansas, I had the privilege to escort Coach Eddie Sutton and his son Steve to his see the ⁦Eddie Sutton @RazorbackMBB⁩ practice gym. Was an emotional moment that I will remember for years to come. #RIP https://t.co/ZxmXQftx9s
24 May, 03:41 AM UTC

Joe Castiglione
@soonerad
Seems like just a few days ago we were celebrating the news that Coach Eddie Sutton had been elected to the Basketball Hall of Fame. Now this very sad news of his passing. So grateful I had a chance to get to know him & his family. Thinking about Steve, Sean & Scott. RIP Coach
24 May, 04:30 AM UTC

@DickieV
So sorry & sad to just learn of the passing of HALL OF FAME COACH EDDIE SUTTON ! It was such a thrill for the family this yr to get the call that Eddie was finally voted into the HOF while living. May Eddie RIP @ESPN App https://t.co/steXjau2Et
24 May, 05:21 AM UTC

@MedcalfByESPN
We’ll say a lot of things about Eddie Sutton’s legacy in the coming days, weeks and months. But leading the emotional recovery of an entire state after the 2001 plane crash that killed 10 people affiliated with Oklahoma State basketball is something we don’t discuss enough.
24 May, 04:41 AM UTC

@EricPMusselman
Sad to hear of the passing of Eddie Sutton last night. A true legend that taught the 3 “Ds” - Discipline, Dedication & Defense. Sending condolences to the Sutton family. 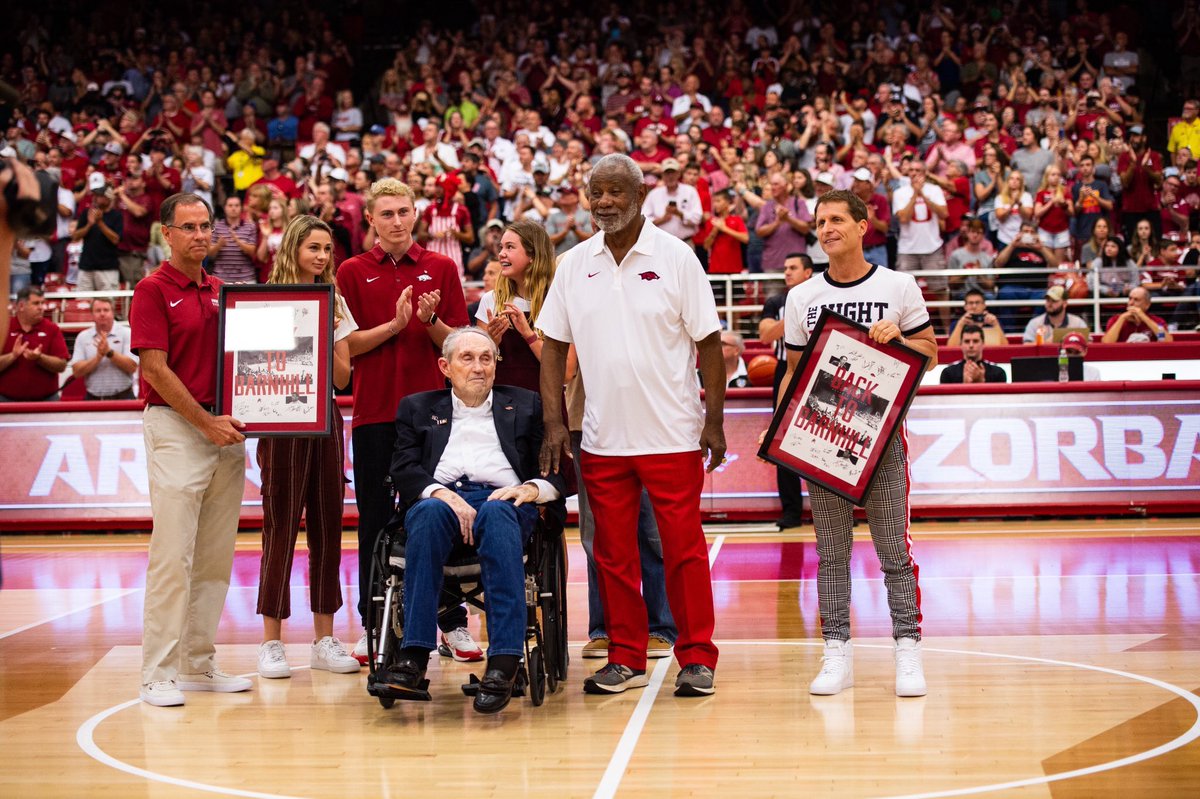 HogStats.com
@HogStats
Eddie Sutton's 93.8% winning percentage in Fayetteville games (an astounding 120-8 record there) is the best by any @RazorbackMBB head coach. https://t.co/HP48YQcp26
24 May, 03:52 AM UTC

@TimBrando
My heart Goes out to the Family of Eddie Sutton. I last saw son, Sean ⁦@DePaulHoops⁩ last December. He’s currently on Chris Beard’s staff at Texas Tech. Like his Dad, and brothers a wonderful guy that’s overcome quite a bit. I covered him as a player for his Dad. RIP Eddie! 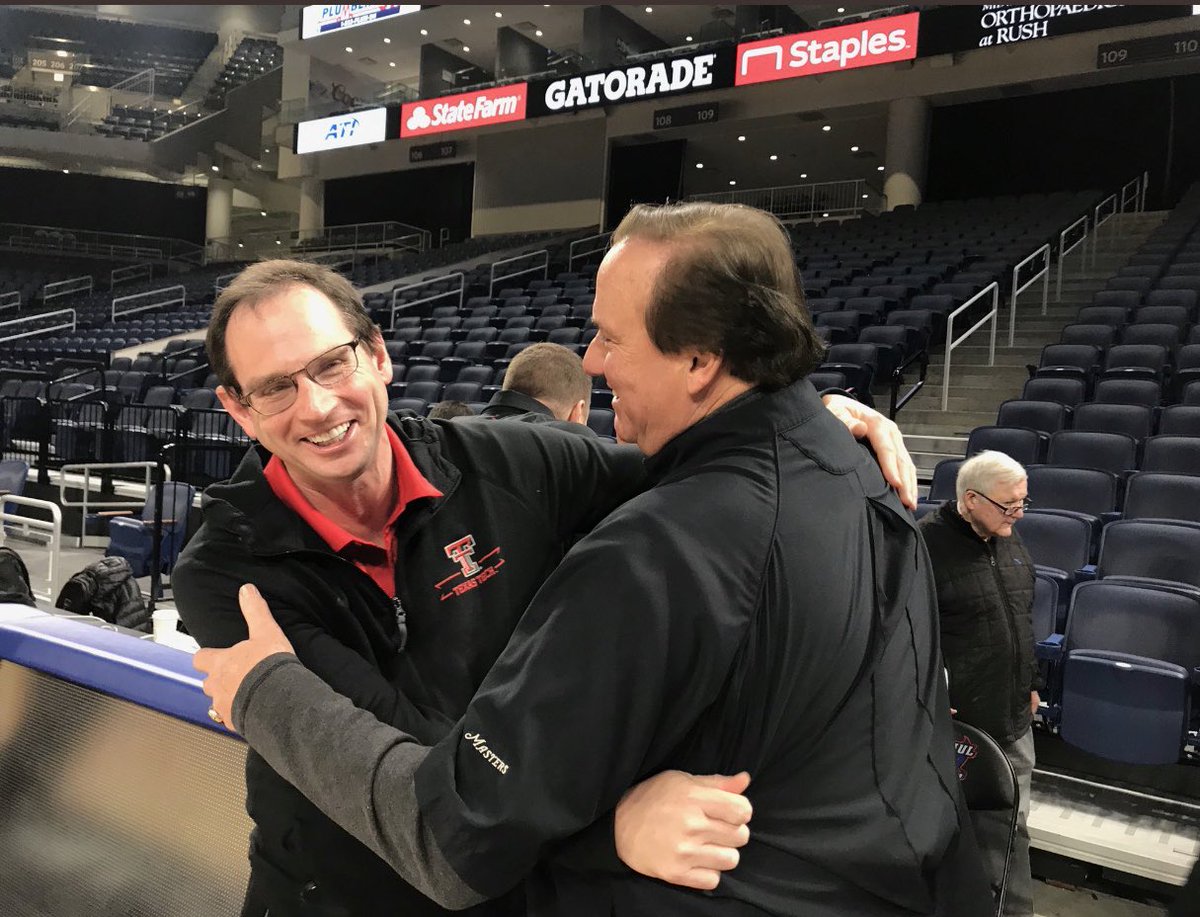 @VUCoachJWright
We send our Nova Nation condolences to Coach Sutton’s family and the ⁦@OSUMBB⁩ family . https://t.co/KW55beCbuR
24 May, 11:32 AM UTC

Yves Batoba
@YBatoba
Rest in peace, Coach Eddie Sutton. Even the Hall of Fame doesn’t compare to what you’re stepping into now 🙏🏾
24 May, 03:35 AM UTC

@TexasTechMBB
Rest In Peace, Coach Sutton. Our thoughts and condolences are with the entire Sutton family at this time. Eddie Sutton was a father, mentor and inspiration to members of our program and will be missed. https://t.co/68Skjsy6kD
24 May, 02:01 PM UTC

Robert Allen
@RAllenGoPokes
He taught so many of us that were not his players. He had the gift of making people better by being around him. Honestly, he helped save Oklahoma State athletics and make it what it is today. Simply put, Eddie Sutton was human and immortal all at the same time.
24 May, 01:11 PM UTC

@franfraschilla
I once asked Eddie Sutton about being recruited. Told me being from Bucklin, Kansas, he was recruited by 4 Hall of Famers out of HS: Tex Winter (K-State), Ralph Miller (Wichita St.), Phog Allen, Kansas) & Henry Iba (Oklahoma A&M). He’s now in ⁦@Hoophall⁩, too. 🙏🏻🏀 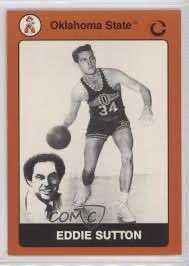 @AsaHutchinson
I’m saddened to hear of the passing of Eddie Sutton. We are grateful for his remarkable leadership at the University of Arkansas. Coach Sutton forever changed the game of basketball and his legacy will live on for years to come. Our prayers are with his family and friends.
24 May, 02:09 PM UTC

@Coach_Maligi
Rest In Peace Coach Eddie Sutton. A true basketball legend that impacted so many lives. Please keep the Sutton family lifted in prayer. 🙏
24 May, 05:01 AM UTC

@OUBarstool
Sad to hear about the passing of Eddie Sutton. I had the opportunity to meet Coach Sutton on several occasions and he was a very good and kind man (+ a coaching legend). Thinking of our friends over at @BarstoolOKST today. Coach Sutton will be missed. 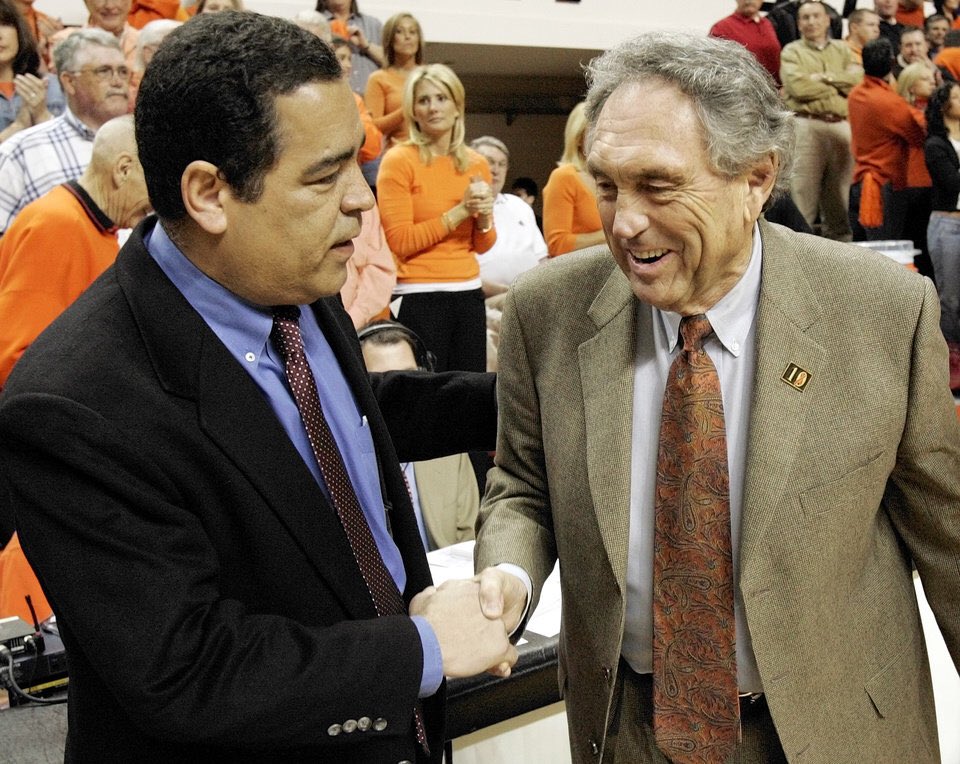 @NYDailyNews
Eddie Sutton waited so long to be inducted into the Basketball Hall of Fame. But he couldn’t hang on long enough to make it to the ceremony. He led 3 teams to the Final Four and was the first coach to take 4 schools to the NCAA Tournament. He died at 84. https://t.co/jyQHpxY89V
24 May, 01:34 PM UTC