@hankgreen
If you're wondering what happened with Elon Musk: He signed a piece of paper saying he would buy Twitter, and then he didn't want to anymore, but Twitter was like "no take backsies" and then Elon said "but you lied about how there are tons and tons of fake users, I had no idea!"
04 Oct, 09:55 PM UTC

Justin Horwitz
@JustinAHorwitz
In a world where Jeff Bezos owns the Washington Post, Elon Musk owns twitter, and Mark Zuckerberg and Rupert Murdoch own the rest of the public square, it seems like time to re-evaluate anti-trust laws and also how our information is concentrated and disseminated.
04 Oct, 07:55 PM UTC

@OzraeliAvi
Ukraine turning on Elon Musk for promoting peace should tell you everything you need to know.
04 Oct, 07:41 PM UTC

Donald J. Trump 🇺🇸
@realDonJTru1
Raise your hand if you agree with Elon Musk saying how about we get every Floridian back into their homes before we send one more cent to the Ukraine.
05 Oct, 12:14 AM UTC

Pamela Hensley
@PamelaHensley22
Zelensky attacked Elon Musk for proposing a peaceful solution for Ukraine. There would be no money for Zelensky if there were peace.
05 Oct, 02:50 AM UTC

@OccupyDemocrats
BREAKING: Right-wing billionaire Elon Musk announces that he will move forward with his $44 billion deal to buy Twitter so that he can "fix" the website — which appears to mean letting the nazis, insurrectionists, and QAnon freaks run wild. RT IF YOU OPPOSE MUSK'S PLANS!
04 Oct, 07:30 PM UTC

Chris Bakke
@ChrisJBakke
Engineer #1,927 at Twitter who got hired because he did ayahuasca with Jack at Burning Man in 2017 and has been collecting $670k total comp for five years without doing any work, upon reading that Elon Musk is buying the company. https://t.co/6ZT80R6YHf
05 Oct, 03:59 PM UTC

@oneunderscore__
In conclusion, Elon Musk's Twitter purchase will have to be heavily financed by someone else in order for him to complete it. In May, according to an SEC filing, Musk's Twitter buy was most heavily subsidized by Saudi Prince Al Waleed bin Talal Al Saud. https://t.co/No1jArAmbA 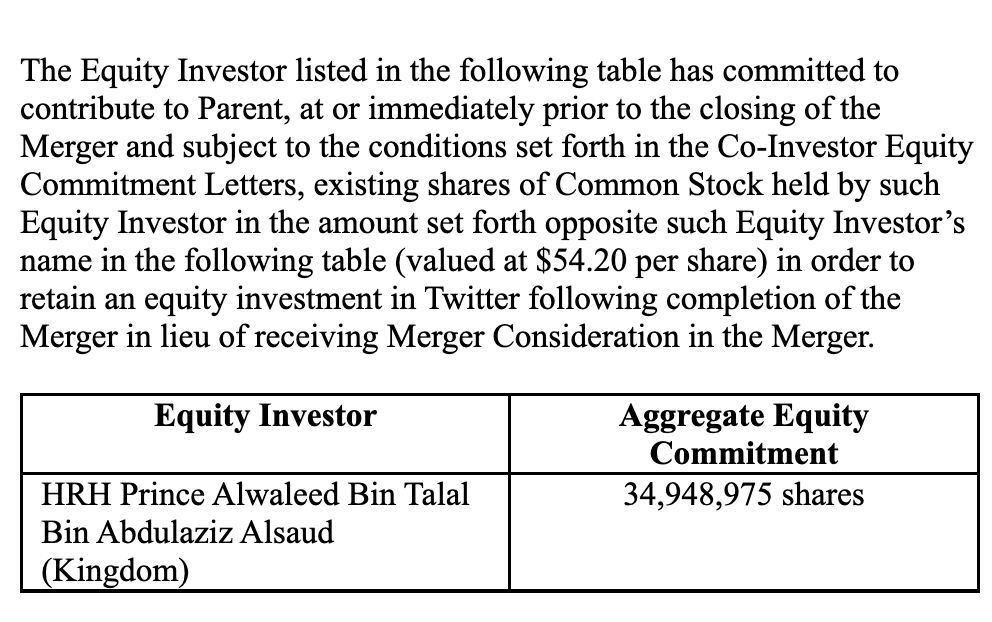 @tomgara
"virtually every Twitter employee I’ve spoken to in the last six months has told me that he or she plans to leave if Mr. Musk takes over" https://t.co/cytghPTaWi
05 Oct, 01:38 PM UTC

@AP
BREAKING: Elon Musk is abandoning his legal battle to back out of buying Twitter and offering to go through with his original $44 billion bid for the social media platform. https://t.co/eq5J8nGbLd
04 Oct, 07:42 PM UTC

@LindseyBoylan
Amazing to me that there was a story about Elon Musk having to pay off a flight attendant he had give him sexual massages on the corporate plane and that he tried to give her a pony to keep her silent and now we are hearing nothing except him buying Twitter. How things work.
05 Oct, 11:25 AM UTC

Jack Hopkins
@thejackhopkins
If you saw my tweet from two days ago, where I said this is not a USA problem; it’s a WORLD coordinated attack on democracy, you are seeing confirmation of that with OPEC & the decision by Elon Musk to go ahead and buy Twitter. Neither is an accident. Stay. In. The. Fight.
05 Oct, 02:57 PM UTC

NUNGUA
@burnaculer
Even if Blacko didn’t win the award, Elon Musk listens to him. Big win for Black Sherif and Ghana in my books 🥳🔥 https://t.co/Qswh8vCvfA
05 Oct, 08:14 AM UTC

@kajakallas
My message in interview to @AP: When Russia escalates and threatens us, we can't send a signal that says “when you threaten, they'll give in”. If we fail to respond with strength and if we show fear, then we encourage Russia to blackmail us even more. https://t.co/VbYbY1guSO 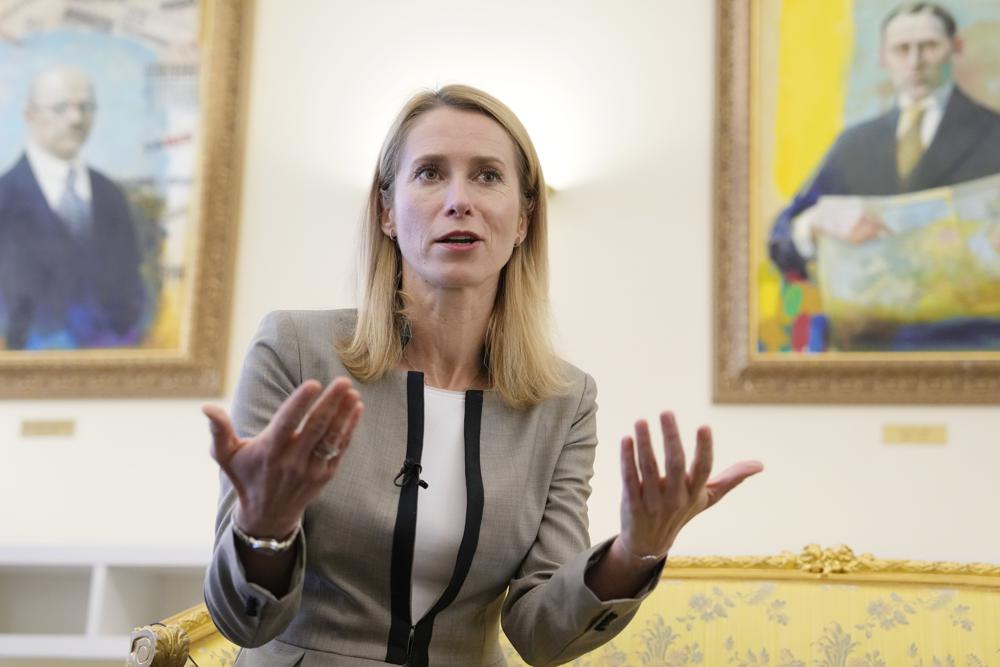 💀DeathMetalViking💀
@DeathMetalV
Elon Musk is blowing 44 billion on Twitter while most of us are a few bad days away from selling a kidney to keep the lights on.
05 Oct, 03:24 AM UTC

Gritty is the Way
@Gritty20202
Elon Musk is our Thomas Edison in that he's an overrated huckster who put his name on a bunch of other peoples' inventions. https://t.co/prUxb9HIAi
05 Oct, 02:45 PM UTC

@bennyjohnson
Remember when this lib MSNBC host absolutely LOST IT on live TV over Elon Musk buying Twitter and not being able to CENSOR Republicans anymore? He said the quiet part out loud… WATCH. 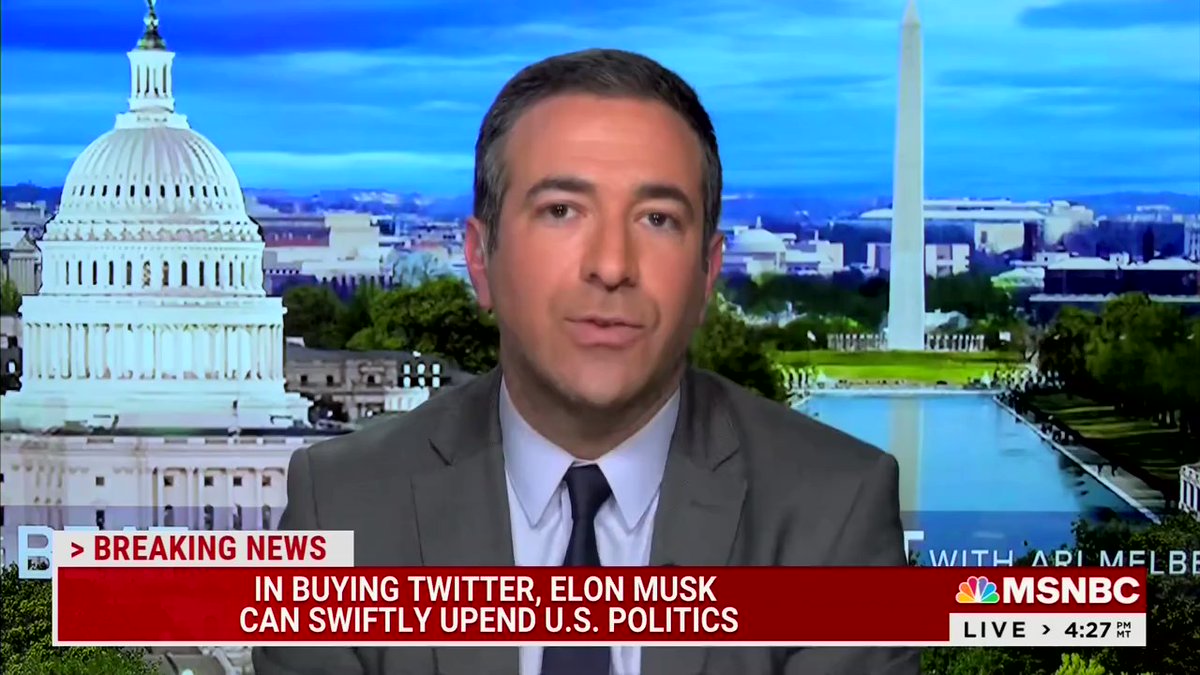 @OccupyDemocrats
BREAKING: Elon Musk’s announcement that he WILL buy Twitter backfires as over 35,000 #BlueCrew Twitter users flee to https://t.co/IO2pIBf9RV social network in retaliation to his intentions of allowing Trump and banned white supremacists back on Twitter. RT IF YOU SUPPORT TRIBEL!
05 Oct, 03:27 PM UTC

SANJOSEMAILMAN (RETIRED LETTER CARRIER)
@WeAreBlueCrew
On @MSNBC. Elon Musk, if allowed to purchase Twitter, has said that he will charge people to 'pay to tweet.' I am not here, to make that guy richer. I will leave. Will you?
05 Oct, 03:36 PM UTC

@MrAndyNgo
The last time Twitter employees thought @elonmusk was buying Twitter, they had this meltdown. They were particularly threatened by Musks’ statements about centering free speech, which they view is unacceptable. https://t.co/BhAG48hKBO
05 Oct, 12:30 AM UTC

@w_terrence
I would like to issue an apology for saying Ukraine is not our problem. I should have said Ukraine is not America’s problem. Zelensky wants the war to continue so the money can keep coming in! That’s why he’s mad at Elon Musk for suggesting peace.
05 Oct, 06:18 PM UTC

@TheUSASingers
Elon Musk wants to buy Twitter to help Republicans. OPEC is cutting oil production to the price of gas which helps Republicans. We are literally up against the richest, most powerful people and businesses in the world. Our weapon is our vote. We must summon the Blue Tsunami.
05 Oct, 04:56 PM UTC

@OzraeliAvi
Imagine being outraged by Elon Musk proposing a peaceful solution decided by the people who actually live there. You know, like a democracy. https://t.co/fWmV02DXED
05 Oct, 12:07 PM UTC

Gunther Eagleman™
@GuntherEagleman
Elon Musk fought harder for our free speech than any of our elected Republicans have… Think about that.
05 Oct, 06:37 PM UTC