Esper is trending on Twitter. Popular tweets on Esper.

@funder
BREAKING: Trump went ballistic in the White House today when he heard Def Sec Esper went publicly against his plan to invade states with US military.
03 Jun, 04:30 PM UTC

@BernieSanders
I don't often agree with Defense Secretary Esper, but he is right. Trump must end his ugly and racist declaration of war on Americans who are exercising their First Amendment right to peacefully protest. This is a democracy, not a dictatorship. https://t.co/5CEAFliqIh
03 Jun, 04:10 PM UTC

@PreetBharara
I wonder what Secretary Esper will name his podcast?
03 Jun, 11:37 PM UTC

@JRubinBlogger
All cops have been charged. Floyd's murdered is charged with murder 2. Protests are largely peaceful. Esper abandons Trump. Trump poll numbers awful. Oh, and HE HID IN A BUNKER. .
03 Jun, 08:04 PM UTC

@NBCNews
NEW: Defense Sec. Esper: "I do not support invoking the Insurrection Act." “The option to use active-duty forces in a law enforcement role should only be used as a matter of last resort and only in the most ... dire of situations. We are not in one of those situations now.” 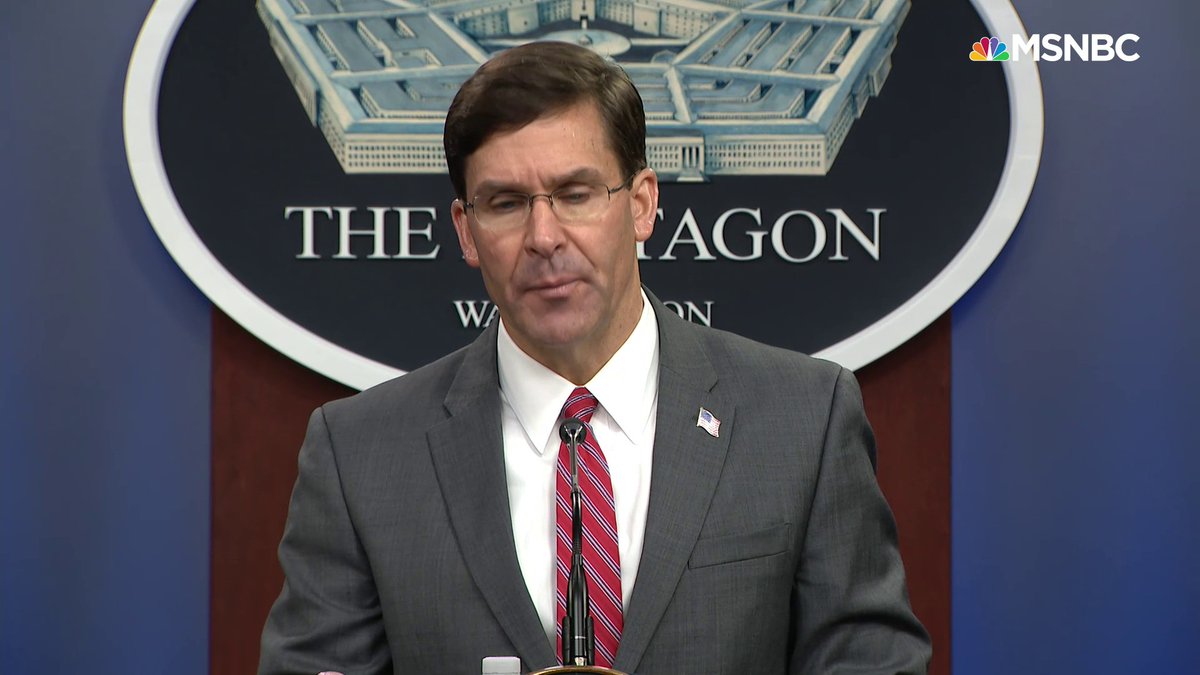 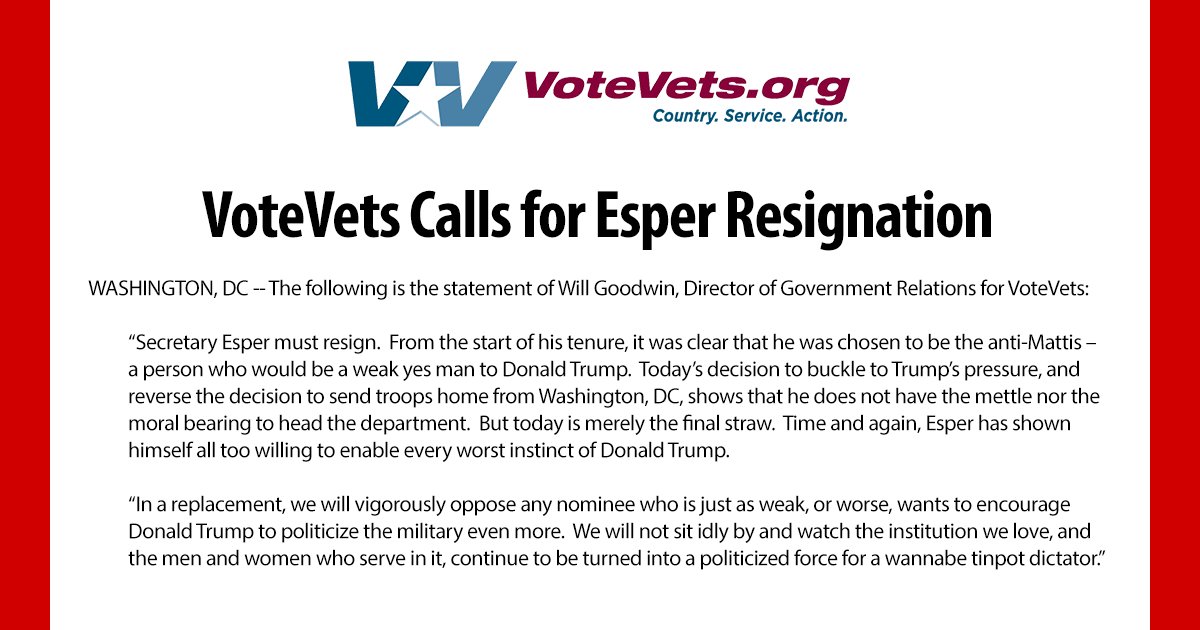 @clairecmc
Mattis vs Esper. Not even close. One resigned. One cowers like a fool as the leader of the greatest military in the world. Resign Esper.
03 Jun, 10:54 PM UTC 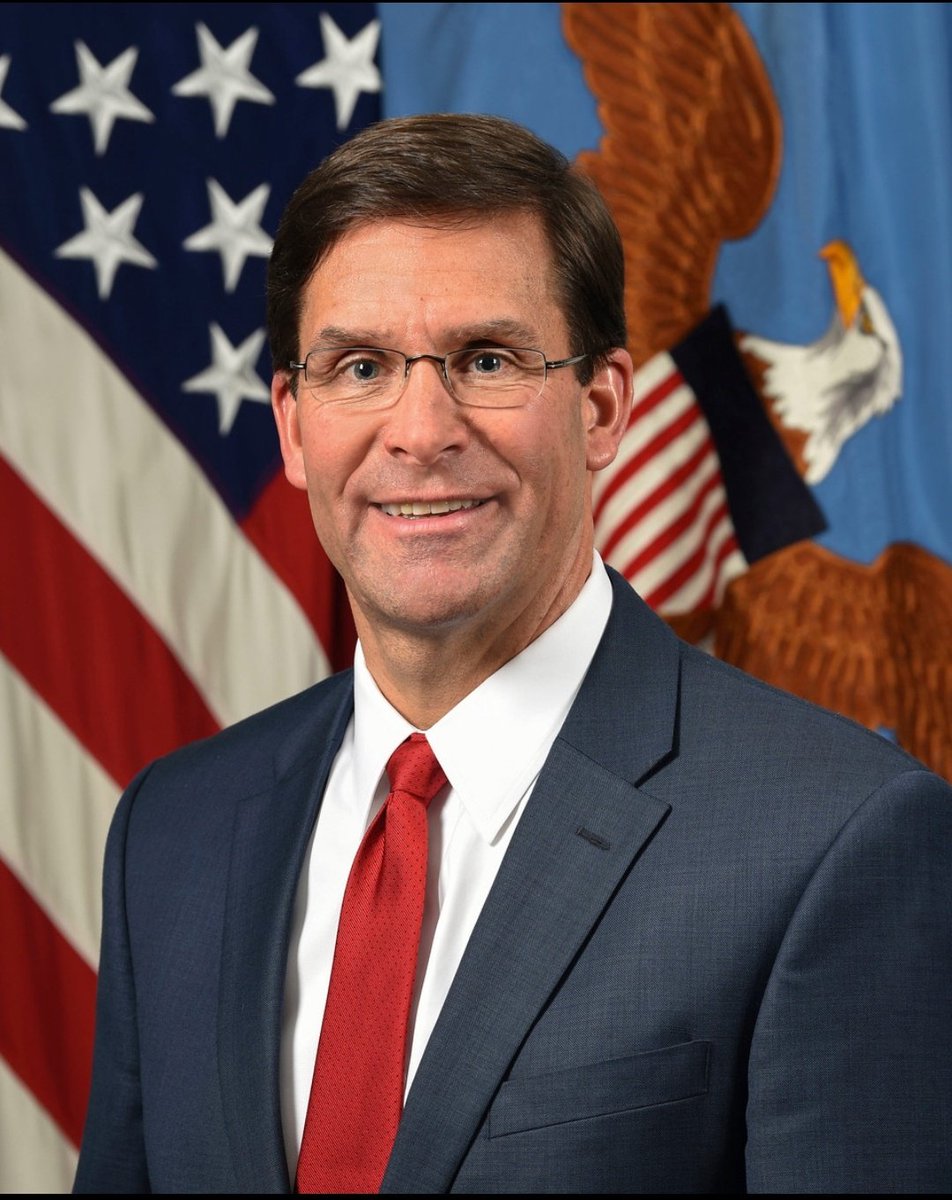 @Joyce_Karam
Troops headed to La Fayette Park area which has been blocked today. Defense Secretary Esper was going to pull back active military from DC this morning but decision reversed after White House meeting 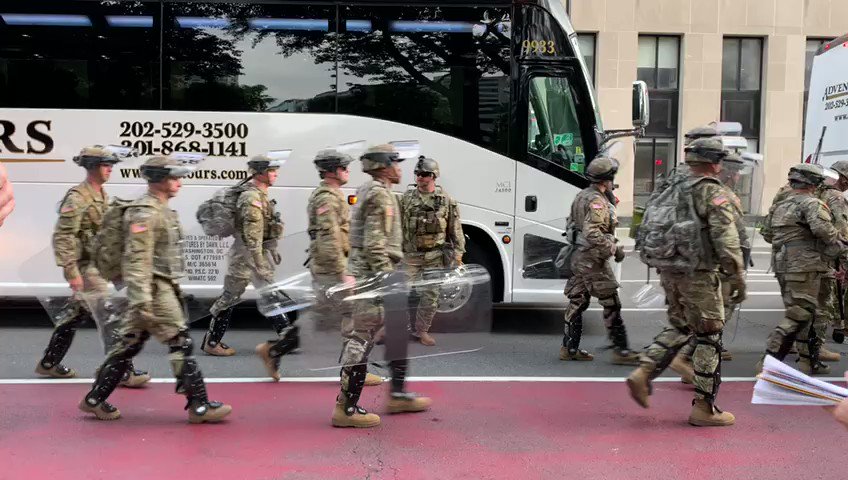 @JenniferJJacobs
Scoop: Trump confronted Esper in Oval today, in a mtg with VP, Barr, Milley, after Esper publicly said he opposes using Insurrection Act. Trump doesn't intend to invoke Act right now, either. Issue seems to be Esper got out ahead of Trump, breaking rank. https://t.co/BYfCmFkdhW
04 Jun, 02:20 AM UTC

@ABCPolitics
Defense Sec. Esper: "I do not support invoking the Insurrection Act." "The option to use active-duty forces in a law enforcement role should only be used as a matter of last resort and only in the most urgent and dire of situations. We are not in one of those situations now." 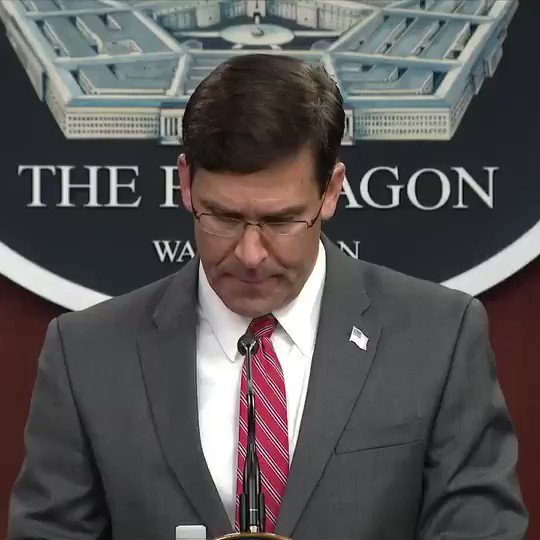 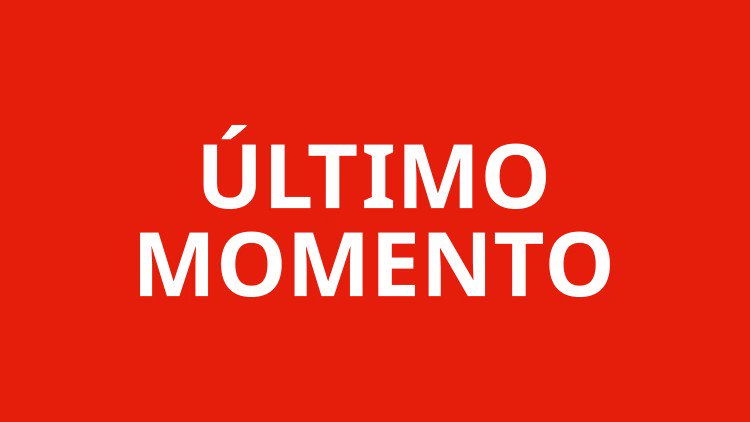 @JenniferJJacobs
Esper this a.m. said active duty troops should be only a last resort, angering WH officials and Trump personally with what they viewed as a matter of breaking rank. Trump isn't planning to use active duty troops right now, but didn't want Esper publicly ruling it out, I'm told.
04 Jun, 01:53 AM UTC

@MSNBC
Sen. Duckworth on Defense Sec. Esper: "Instead of standing up to this president and saying, 'Sir, no, you're politicizing the military. This is not the appropriate use of our military.' Instead he went right along with it." https://t.co/mXcV9EAQGH
04 Jun, 10:04 AM UTC

@LouDobbs
There are plenty of reasons to fire Esper, including public argument with the Commander-in-Chief, declaring he doesn't want DOD involved in politics as he makes political statements, all the while outside the chain of command. #MAGA @realDonaldTrump #AmericaFirst #Dobbs https://t.co/qHir5G3inZ
04 Jun, 11:32 AM UTC

@dandrezner
Good to know. “Pentagon officials note that the military is trained in using lethal power against foreign adversaries, not in law enforcement, and what is appropriate in Falluja is not in Farragut Square.” https://t.co/yf4XLdJ8yo
04 Jun, 11:07 AM UTC

Roscoe B Davis🎖⭐️⭐️⭐️
@RoscoeBDavis1
It's pretty simple Defense Secretary Esper found out who's really in charge. Esper you're expendable, just keep it up. If you have an issue, turn in your fucking resignation, and GTFO
04 Jun, 09:57 AM UTC

Anders Åslund
@anders_aslund
Was June 3, 2020, the day when Donald Trump lost command over the federal troops? Defense Secretary Esper’s press conference at the Pentagon’s makes it look like that.
04 Jun, 06:20 AM UTC 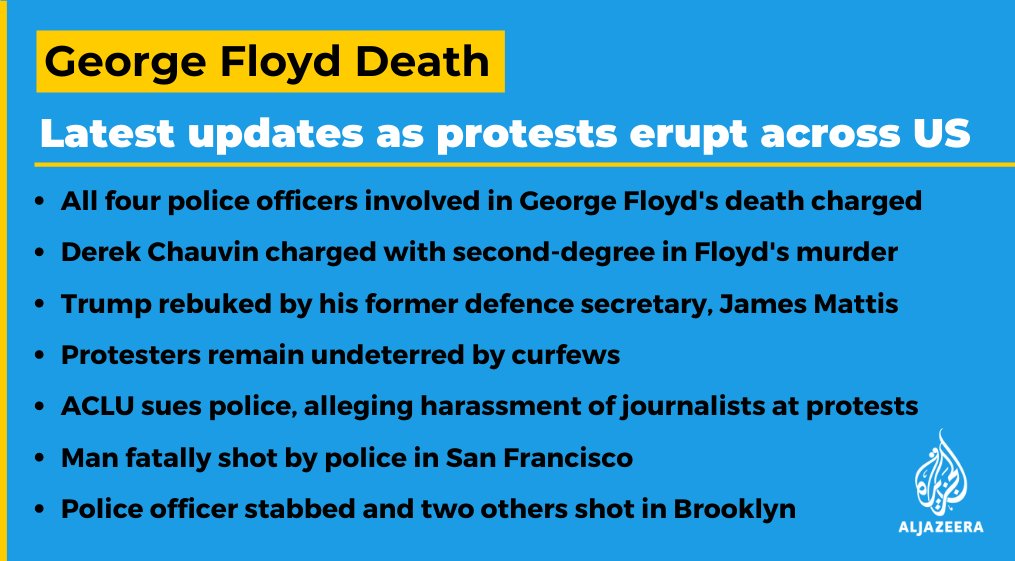 ConservativeNationalist_1
@Nationalist_KAG
Mark Esper: “I do NOT support the invoking of the Insurrection Act.” Well it doesn’t really matter what you support, because you weren’t elected Commander in Chief, Donald Trump was. Show some respect and have our presidents back. https://t.co/ryDnWBqSSy
03 Jun, 04:37 PM UTC

Ron Cole
@RonCCole
@JenniferJJacobs Listening to commanders I find Esper is reflecting what the leaders of all 4 branches of service are also saying behind closed doors. This isn't just Esper, this is the ENTIRE U S. Military command structure saying this. And their planning on evoking Constitutional law en mass.
04 Jun, 04:25 AM UTC