FISA is trending on Twitter. Popular tweets on FISA.

@realDonaldTrump
If the FISA Bill is passed tonight on the House floor, I will quickly VETO it. Our Country has just suffered through the greatest political crime in its history. The massive abuse of FISA was a big part of it!
27 May, 10:16 PM UTC

@justinamash
He literally signed warrantless surveillance of Americans into law on January 19, 2018, with the reauthorization of FISA 702. https://t.co/iAFNk009CV
27 May, 06:52 PM UTC

George Conway
@gtconway3d
I’m sure you don’t remember this, didn’t really understand it when you did it, don’t understand it now, and lack the intellectual capacity ever to understand it, but you signed into law Public Law No. 115-118, the FISA Amendments Reauthorization Act of 2017. https://t.co/FWbSghQarH
27 May, 07:55 PM UTC

@TulsiGabbard
No American should have to choose between security or freedom. I’ll be voting NO on the reauthorization of Patriot Act/FISA provisions because it fails to protect our civil liberties and 4th Amendment constitutional rights. 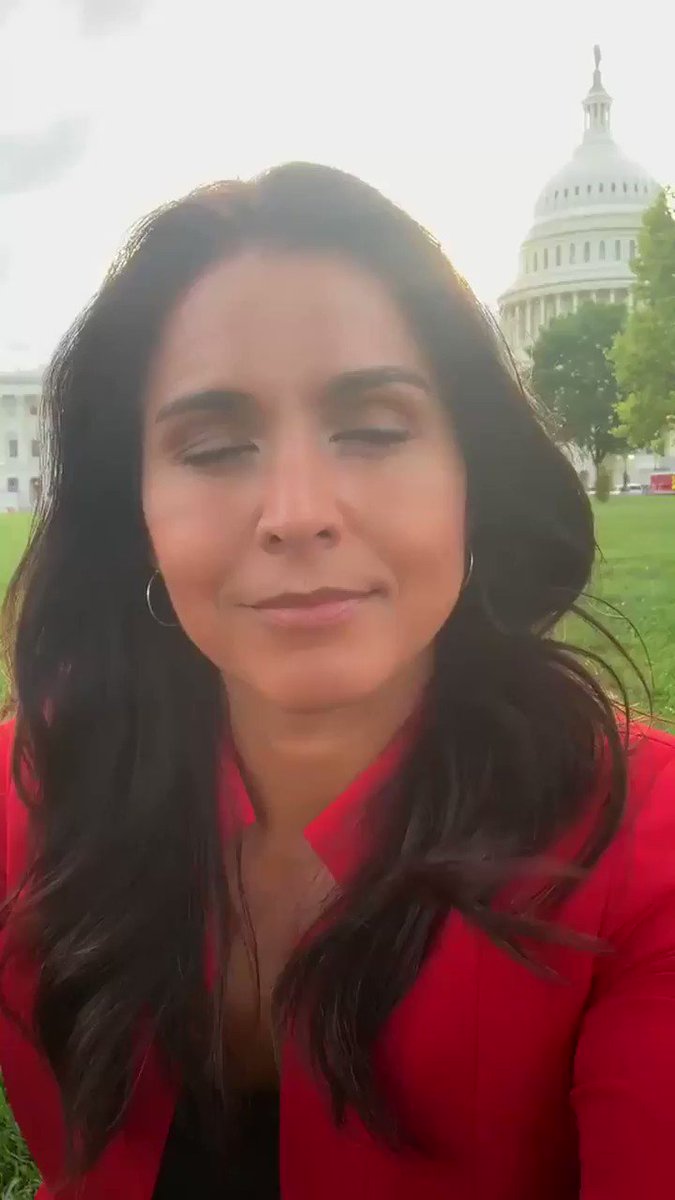 @RepMattGaetz
#BREAKING: I'm working on legislation to revise Section 230 so we don't have election interference from companies like Twitter. LISTEN for more details and my hot takes on Big Tech: https://t.co/MF4D4HYcJv
27 May, 07:20 PM UTC

BrooklynDad_Defiant!
@mmpadellan
TODAY, on the day American deaths from COVID-19 passed the 100,000 threshold, Donald trump tweeted or retweeted dozens of times today about: - Obama - Twitter - FISA - himself NOT ONE TWEET about the loss of American lives. HE IS A DISGRACE.
28 May, 12:08 AM UTC

Paul Sperry
@paulsperry_
There's no plausible reason to continue to black out section after section of the fraudulent FISA applications to spy on the Trump campaign.They must be declassified in FULL so American voters can see the full scope of the fraud perpetrated on them by the Obama FBI & Justice Dept
27 May, 05:57 PM UTC

@adamhousley
Big scoop: FISA negotiations are going on right now. Pelosi is delaying the vote because she doesn’t have enough Democrat votes to pass it. Conservative Republicans already against it.
28 May, 01:36 AM UTC

@TulsiGabbard
Was just about to head back to the Capitol when I got word all votes have been canceled tonight. Sounds like the FISA/Patriot Act reauthorization bill didn't have enough votes to pass.
28 May, 02:00 AM UTC

Shem Horne
@Shem_Infinite
The FBI used a debunked opinion article from the Washington Post and a fake dossier paid for by the Clinton Campaign to get a FISA warrant to spy on the Trump campaign and nobody at the top levels of the FBI, DOJ, or on the FISA Court saw a problem with that. Shut it down!
27 May, 10:40 PM UTC

Giulio Occhionero
@g_occhionero
Italy, Italy and Italy. The connection between Italian politicians, intelligence and magistrates to sink @realDonaldTrump is obvious to everybody, both in Italy and abroad, but to Procura di Perugia, who is investigating this. @joehoft https://t.co/YjZ5Wv2OHK
27 May, 02:15 PM UTC

Brian Cates //Flynn & Breitbart's Army!
@drawandstrike
I just turned in a new column at Epoch in which I endorse wholeheartedly what President Trump tweeted - that there is NO WAY FISA should be renewed until it can be demonstrated that serious reforms have been enacted. The present system is too easy to subvert from the inside.
27 May, 08:10 PM UTC

Dawn Michael, PhD💗
@SexCounseling
@realDonaldTrump We need to end FISA! We can see how easily FISA can be weaponized against US citizens.
27 May, 10:20 PM UTC

Paul A. Szypula
@Bubblebathgirl
President Trump just tweeted that he‘ll veto the FISA bill if it passes the House. Democrats removed an amendment which would‘ve prevented mass surveillance of internet activity. Dems want spying and to deny us our rights. Imagine if we didn’t have our POTUS defending us? 🤔
27 May, 10:24 PM UTC

DrConservaMom🇺🇸🐸🌐
@ConservaMomUSA
@realDonaldTrump Hey @Jack- while you’re at it- can you #FactCheck all #FISA applications? #SpyGate #ObamaGate #Trump2020 https://t.co/KkG5T4MRD6
27 May, 10:32 PM UTC

C3
@C_3C_3
These judges signed FISA Warrants to spy on Team Trump based on a FAKE Dossier paid for by Hillary. Rosemary Collyer Michael Mosman Anne Conway Raymond Dearie We either have 4: Very angry FISA Judges Or Very corrupt FISA Judges No FISA Program until they answer questions.
27 May, 11:52 PM UTC

Danny De Urbina
@dannydeurbina
Rep. Scalise: "The FISA process was abused and those who abused it haven’t yet been held accountable" https://t.co/ncrN2zhpro
27 May, 05:33 PM UTC

Daniel F. Baranowski
@DFBHarvard
I thought the entire raison d'etre for the FISA Court was to intercept terrorist's communications? But, the Obama Admin routinely used it to spy on political rivals & not just the Trump campaign! Obama's sweeping & extreme abuse of FISA can't stand! 💥What a perversion💥
27 May, 11:14 PM UTC

Mr. Jones™️🇺🇸
@MrJones_tm
Weird how President Trump has promised to VETO the FISA bill - you'd think a nazi dictator would want to illegally spy on Americans like his predecessor. It's almost like the whole Trump is a nazi dictator thing is total bullshit...🤔
27 May, 10:34 PM UTC

@BarbMcQuade
This is like amputating your leg because you have a broken arm. IG report identified problems in FISA application process, which needs fix, but these provisions are for roving wiretaps, lone wolf & business records. Sloppy thinking is costing us important national security tools. https://t.co/gmoZDeMl6m
27 May, 01:46 PM UTC

@CongressmanHice
Another wasted day in the People's House. @HouseDemocrats can't figure out what to do with the FISA reauthorization. Between proxy voting and today's chaos, @SpeakerPelosi is making the House non-essential.
28 May, 01:59 AM UTC

I am ToRe 🎙️
@Tore_says
Oh boy ... story coming. Hey DNI @RepRatcliffe I found the origin of all the FISA warrants. I mean I found out when and how the spying started. JOB taught me well... @JohnBrennan you are so dumb. Same MO every single time. Adm. Roger said 2014 - indeed it was.
28 May, 02:09 AM UTC

Catt
@CattHarmony
Obama's admin blatantly abused power of FISA to illegally spied on Trump campaign. FISA was weaponized by the DNC to target political opponents & even attempt removing a duly elected President they don't like. This is why FISA must be abolished. #EndFISA https://t.co/cgV6uBgeoo
28 May, 01:16 AM UTC