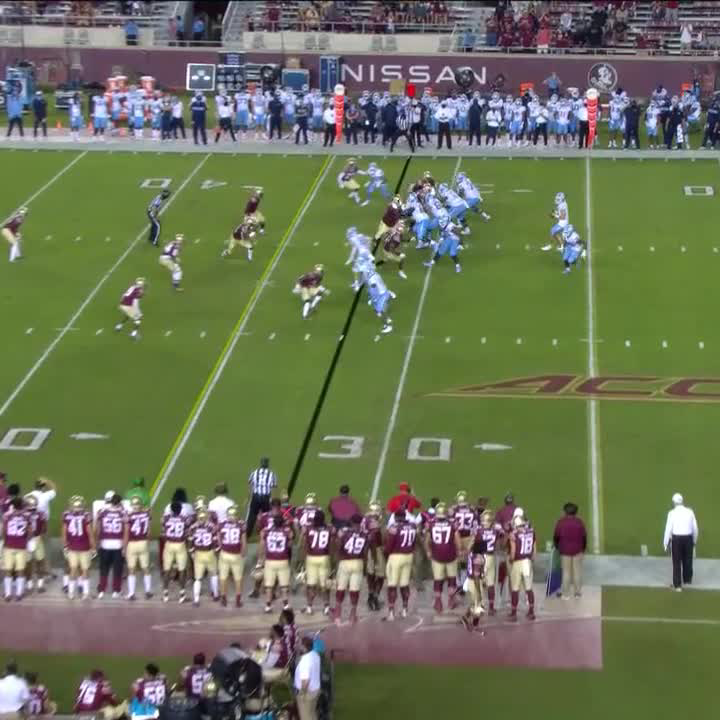 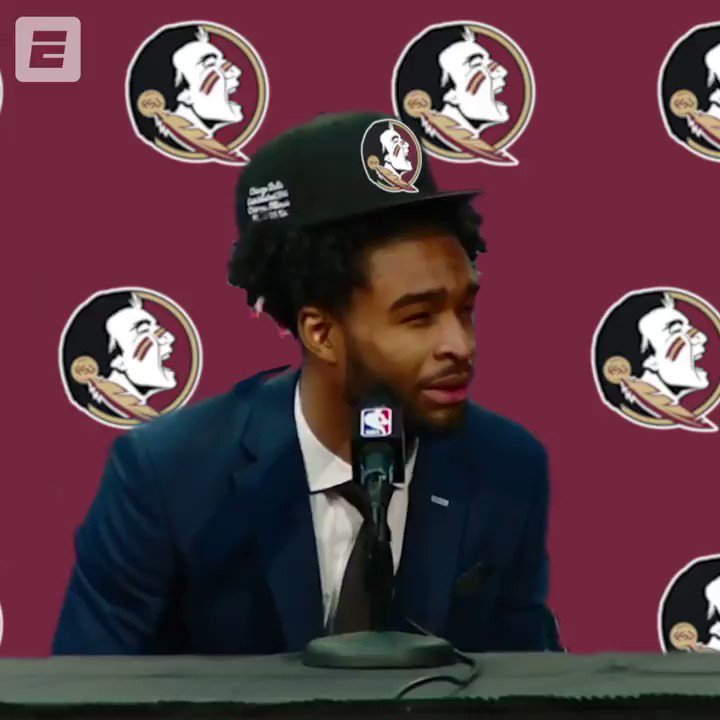 @calebpressley
Florida State won. But at the cost of what? Millions of lives??? Sad. 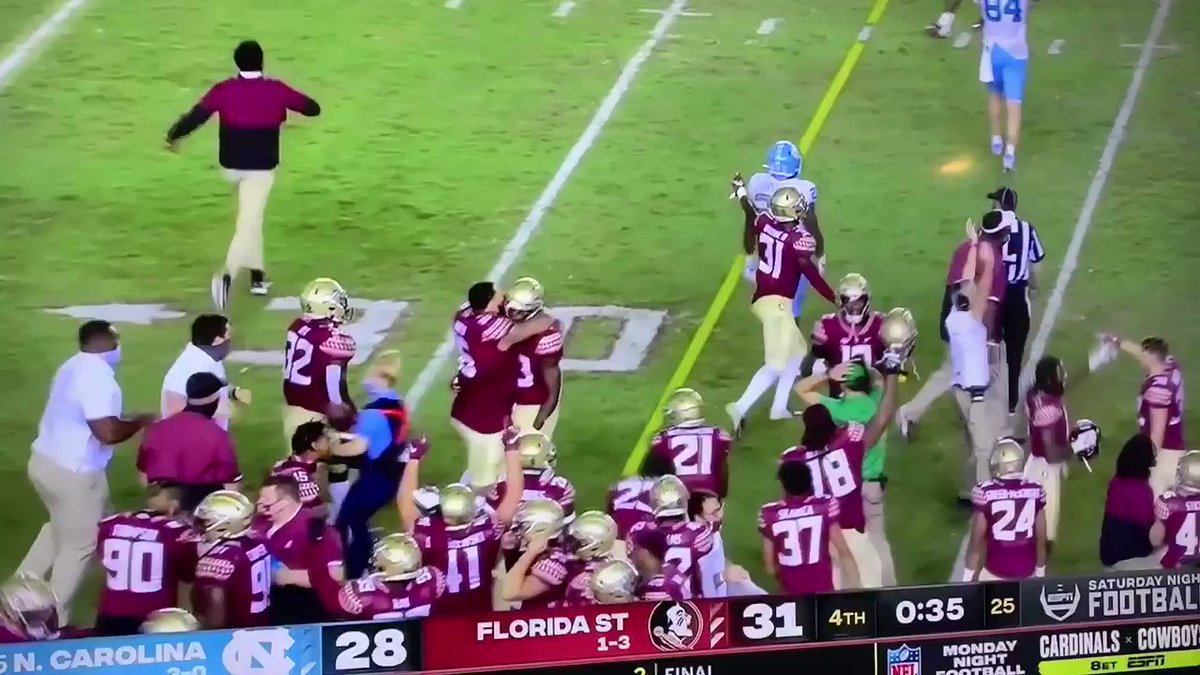 huñña
@thatguyhunnaa
THIS IS FLORIDA STATE FOOTBALL
18 Oct, 01:13 AM UTC

Dave Portnoy
@stoolpresidente
Florida State and the under. Still a Ryder though. https://t.co/F5BnHX6rjW
17 Oct, 08:06 PM UTC

@aadelsonESPN
This is Florida State's first win as an unranked team vs an AP Top-5 opponent since 2007 vs No. 2 Boston College via @ESPNStatsInfo
18 Oct, 03:42 AM UTC

@si_ncaafb
Florida State holds on fourth down to upset No. 5 UNC 😱 (via @espn) 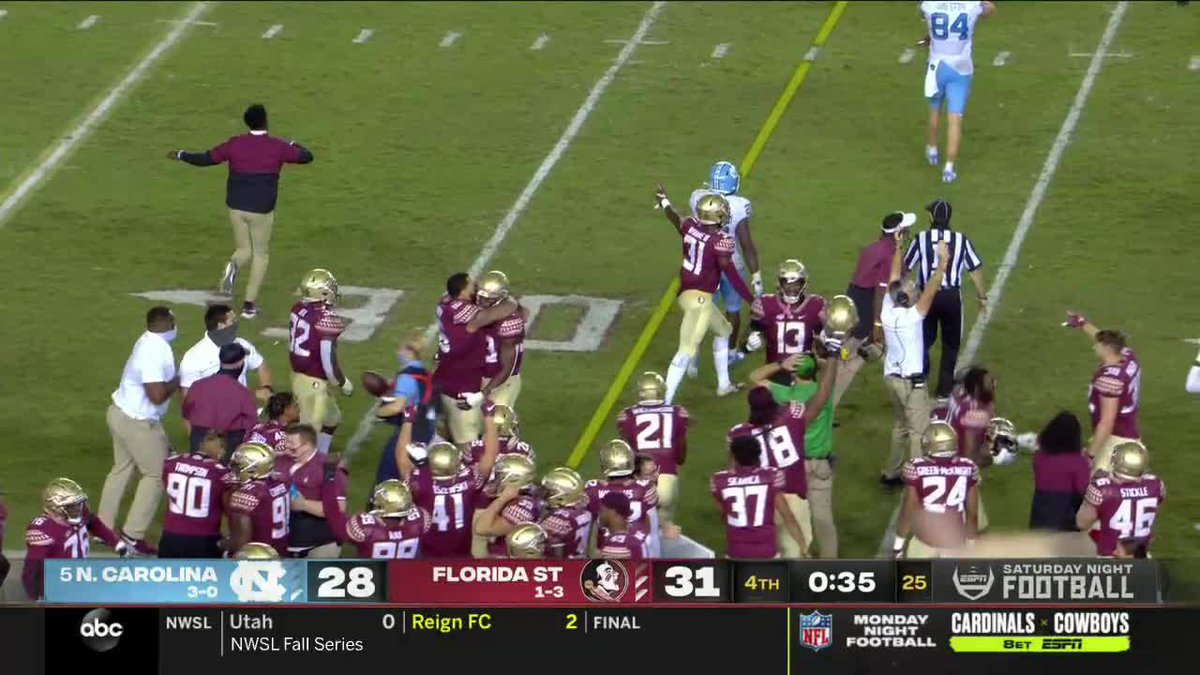 @Corey_Clark
Pretty sure that was the same kid that made that ridiculous catch between his legs on the last drive. Florida State with some luck .... but you'll take it. Huge win for Norvell and his staff.
18 Oct, 03:32 AM UTC

NoleGameday
@TheNoleGameday
THE UPSET IS COMPLETE! Florida State (2-3) survives to knock off previously undefeated No. 5 North Carolina (4-1), 31-28. What a big time win for Mike Norvell and the Seminoles. https://t.co/IehvdN34vC
18 Oct, 03:32 AM UTC 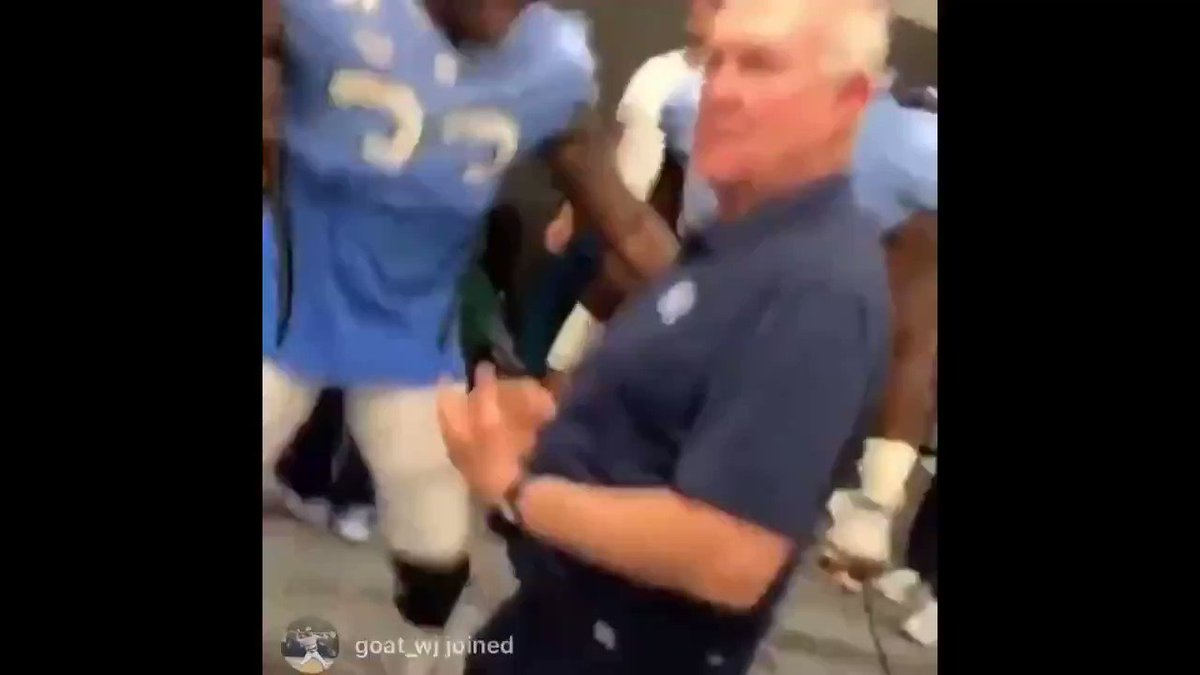 NoleGameday
@TheNoleGameday
Florida State allowed 558 total yards of offense tonight but held North Carolina to 2/11 on third down and 0/3 on fourth down. The Seminoles also forced four sacks and eight tackles for loss. The defense stepped up in a big way tonight that we hadn't yet seen this season.
18 Oct, 03:56 AM UTC

@ESPNRittenberg
Some brutal drops for UNC, but Florida State will hang on to win. Huge for Mike Norvell and his team.
18 Oct, 03:31 AM UTC

@BSonnone
Norvell says the defense played with a ton of heart today. He went to each position group after the game, talked to them, because he knew the effort that they gave especially with injuries. https://t.co/j40z0hpS9B
18 Oct, 04:02 AM UTC

@tvippolis
If there’s an offense that could come back and a team that could implode it’s the North Carolina Tar Heels and Florida State Seminoles, respectively...
18 Oct, 02:33 AM UTC 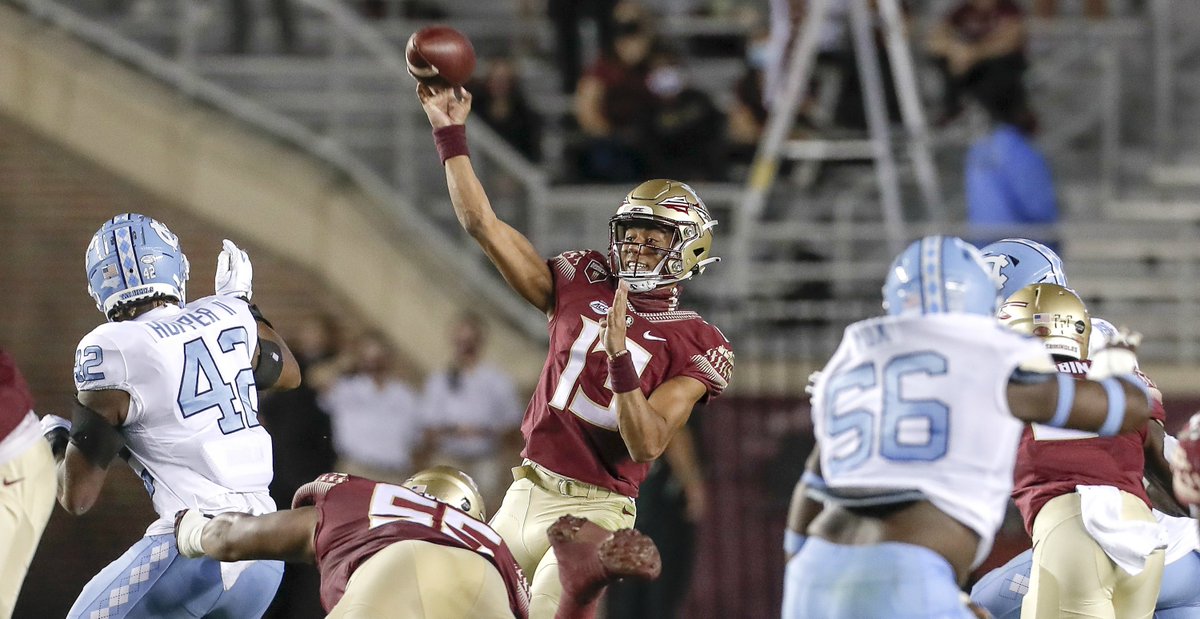 Jacob Turner
@JacobTurnerTHI
Mack Brown: "We're not good enough, at this stage in our program, to take a half off. Florida State dominated the first half like we dominated the second."
18 Oct, 03:51 AM UTC

@Zigmanfreud
It is absolutely amazing to think that many of these college kids will surely soon die, all because they decided to root on a lousy Florida State team to a 2-3 start... 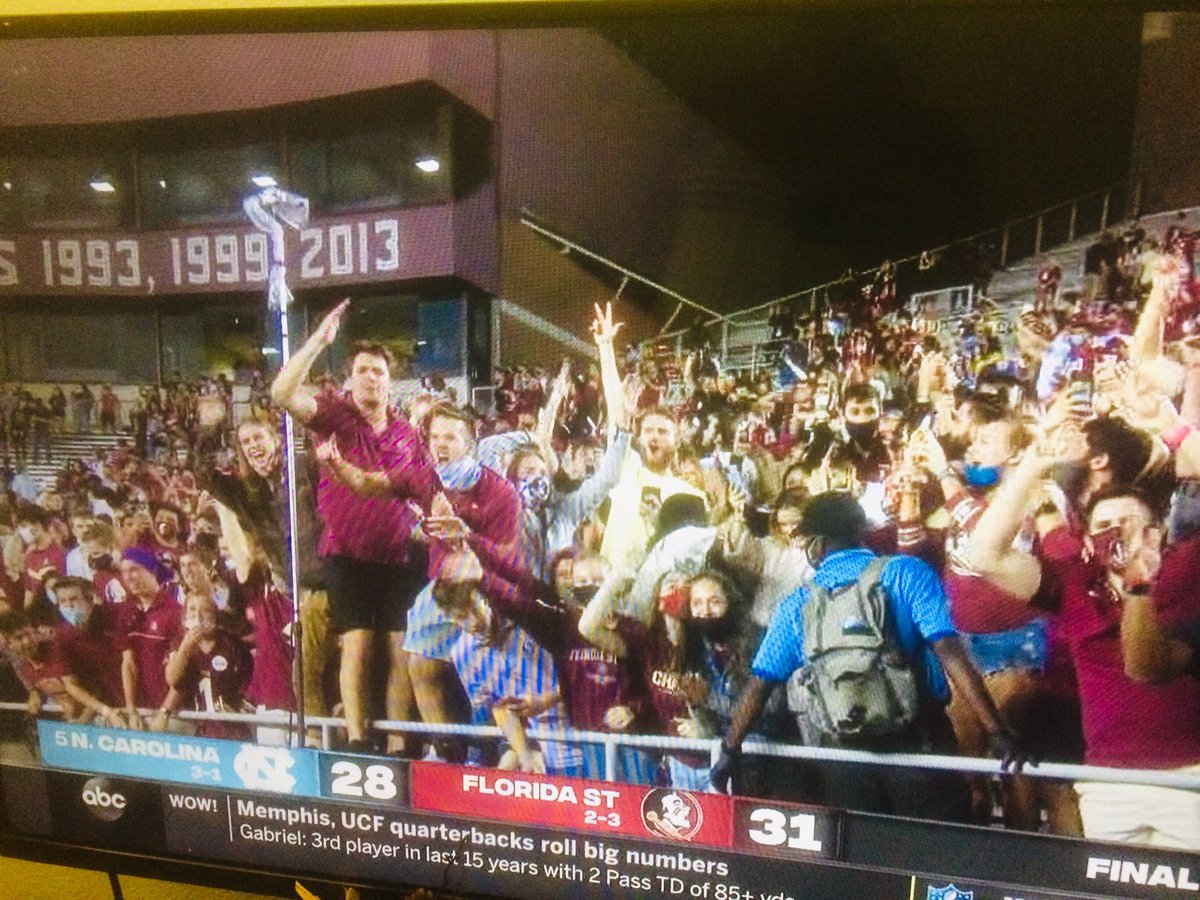