@CarolineLucas
.@Jacob_Rees_Mogg really struggling in the Chamber to defend #fracking. He strikes an out of touch & isolated figure with his sneering tone & ill-informed answers to the multiple objections, including some angry criticism from his own backbenchers #nofracking
22 Sep, 10:27 AM UTC

@CarolineLucas
Now all but confirmed: @trussliz & @Jacob_Rees_Mogg are willing to ride roughshod over planning laws, the climate, their own Tory manifesto, and simple common sense by powering ahead on #fracking without a jot of consideration for local communities. This. Must. Be. Stopped. 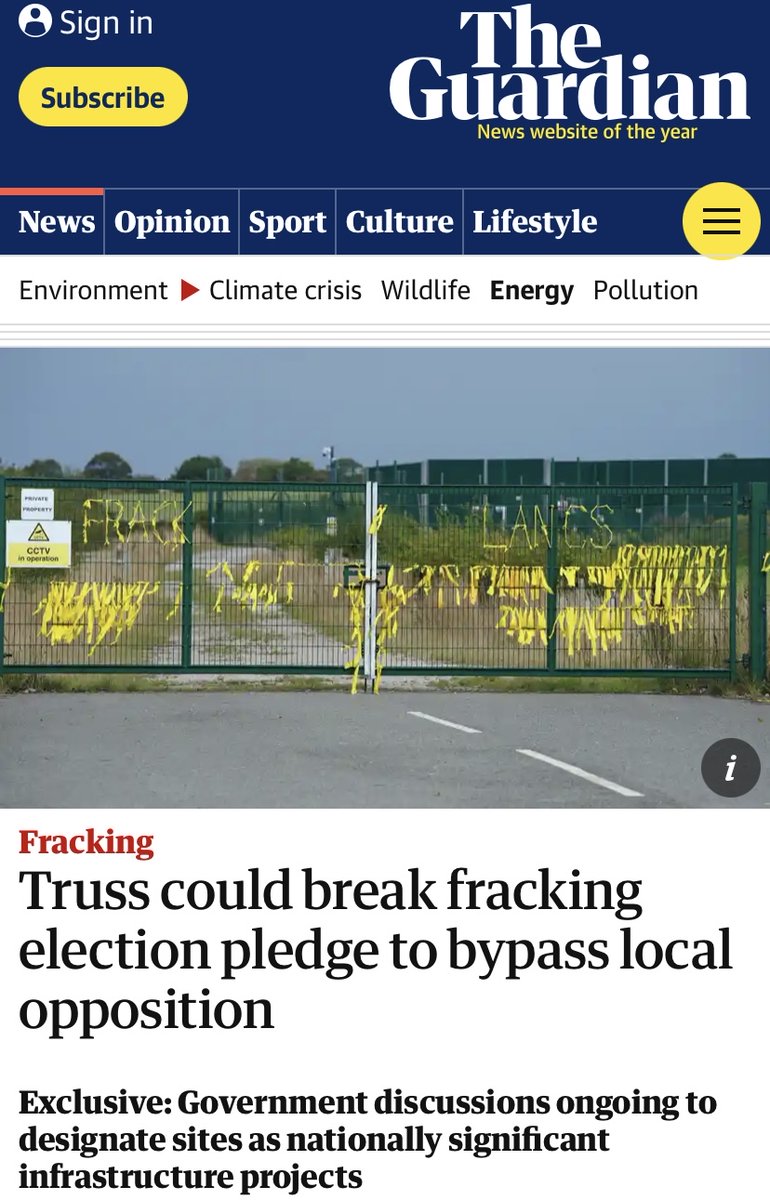 @CarolineLucas
Rees Mogg squirming as so many of us, including his own backbenchers, challenge him on pledge PM gave that #fracking will only happen where there is community consent - and is now endeavouring to pretend that compensation is the same as consent - it is not.
22 Sep, 10:26 AM UTC

@jonsopel
Really? “Some of the opposition to fracking has been funded by Mr #Putin's regime,” says Jacob Rees Mogg. What a way of dismissing opposition to #fracking by people from all walks of life.
22 Sep, 11:13 AM UTC

Parody Prime Minister
@Parody_PM
I’m pleased to announce that earthquakes are now a good thing, provided somebody (not you, obvs!) is making some money. #fracking
22 Sep, 12:05 PM UTC

Parody Prime Minister
@Parody_PM
One thing I pride myself on is my sound judgement. Like when I decided to ignore the geologist and believe the rabid right-wing brain-dead fucknuggets. #fracking
22 Sep, 12:31 PM UTC

@Femi_Sorry
Tories seem to think that "consent" just means simply paying the person afterwards. 😬 Jacob Rees-Mogg says it's ok to start #fracking local communities as long as you give compensation. 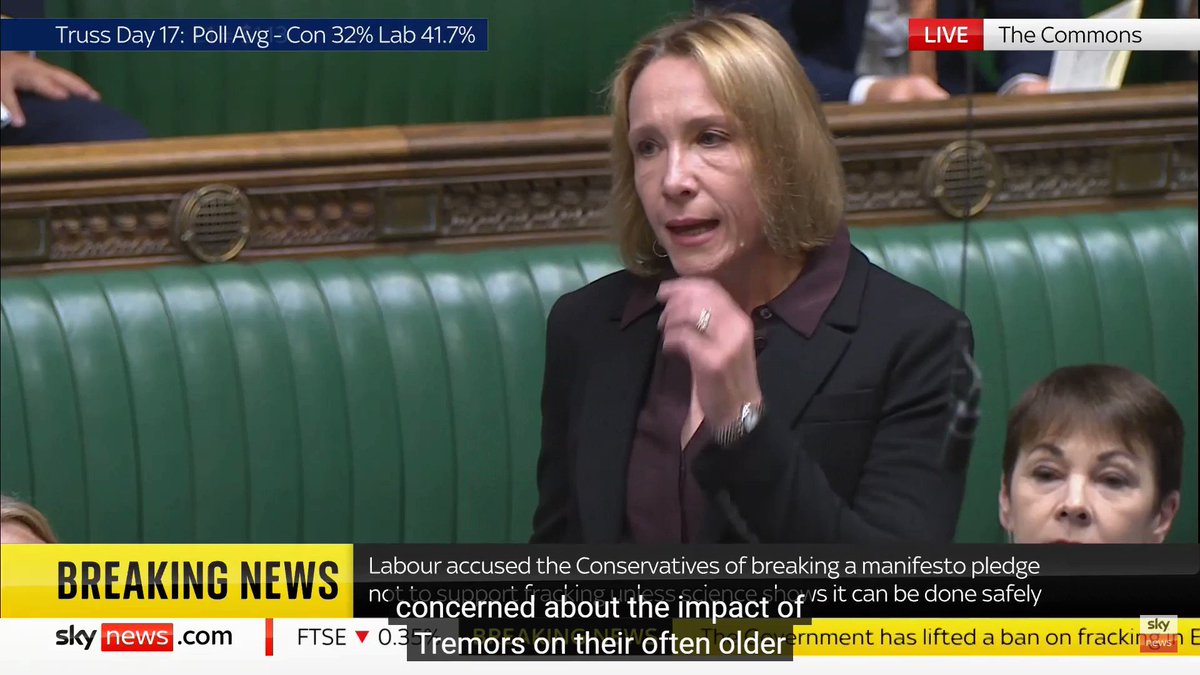 @GreenJennyJones
I'm sitting on the sofa, with a glass of wine after a strenuous walk with a family dog, simultaneously tired and happy yet almost in despair that #fracking is being talked about as a solution to anything. How can its fans be so utterly dim about the future of our #ClimateCrisis?
22 Sep, 04:52 PM UTC

The Wildlife Trusts
@WildlifeTrusts
By lifting the ban on #fracking in England, the Conservative Government has gone against its manifesto commitments. Here’s why 👇🧵 (1/6)
22 Sep, 12:59 PM UTC

@DArcyTiP
Jacob Rees Mogg getting a very rough ride from his own side over #fracking - and retaliating with some force. Could this be a sign of things to come under the new govt?
22 Sep, 10:17 AM UTC

@StephenFlynnSNP
🗣 “In Scotland there will be no change, there will be no fracking whatsoever… …but one thing that will change is we’ll be long gone from the shackles of this place by the time shale gas is produced in England.” #Fracking 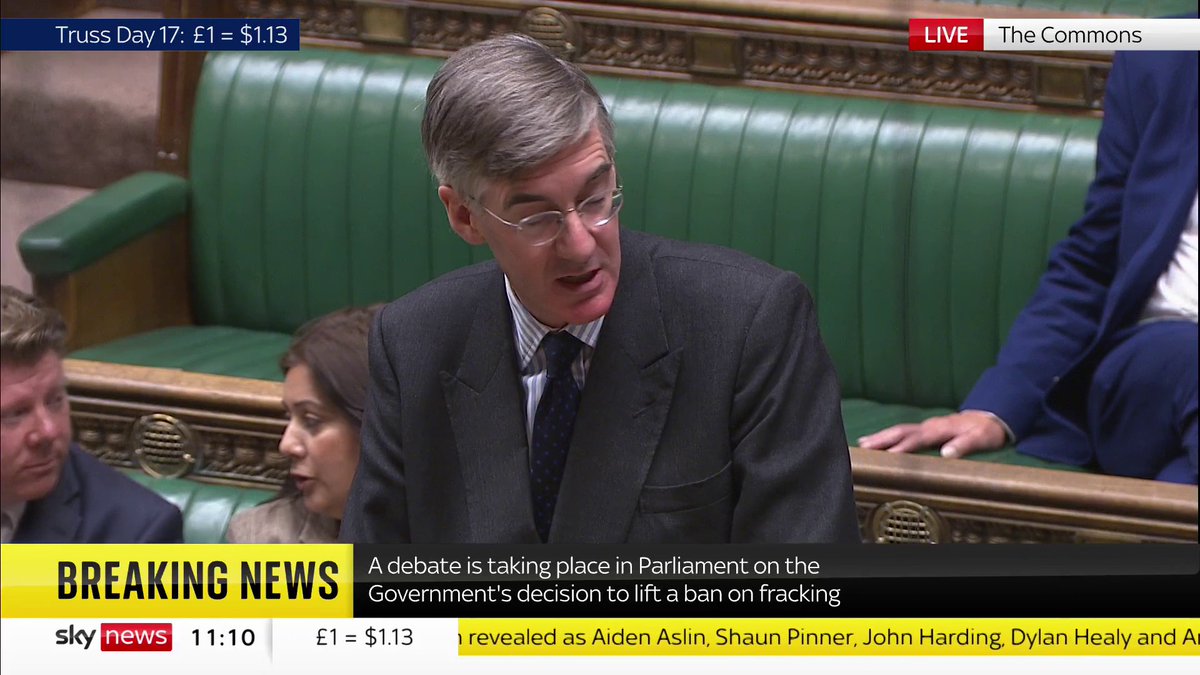 Stuzi 🐝🐝🐝
@Stuzipants
“Localised earthquakes followed by repeated tremors and terrifying aftershocks are the Brexit benefit I’ve been hiding in my locker this entire time” Jacob Rees-Mogg #Fracking
22 Sep, 10:40 AM UTC

GET A GRIP
@docrussjackson
@AdamBienkov To better understand the dangerously misleading political rhetoric of gaslighting ideologically extreme propagandist Jacob Rees-Mogg, compare his use of the word "hysteria" in relation to #fracking, with the 2019 Tory manifesto's use of the words "categorically" & "safely". 🇬🇧 https://t.co/Tru0N7JC66
22 Sep, 12:22 PM UTC

Dukesy
@dukesy12
It’s amazing how many Labour MP’s standing up and talking against fracking, are the same ones who’s political careers were built on the backs of miners and all that industry contributed to the environment. #JacobReesMogg #Fracking
22 Sep, 10:51 AM UTC

@TheGreenParty
📈 #Fracking “will deepen our country’s dependence on fossil fuels” without bringing down fuel bills says @AdrianRamsay 👇 If the Government wanted to reduce energy bills they would be investing in renewables and insulating homes right now. https://t.co/qN4x1QR0WN
22 Sep, 03:27 PM UTC

Dáibhí The Scottish Yorkshireman
@itsDaibhi
I find it funny that the Tories are talking about “consent” from local areas on #Fracking when a fair few of them don’t even understand consent in the bedroom (allegedly).
22 Sep, 12:29 PM UTC

@MartinJDocherty
The UK Gov & it’s #fracking agenda are a serious & tangible threat to our country. #Scotland is clearly a target 🎯 for Jacob & his cronies. Only #independence can end this power grab of our #Parliaments rights by #Westminster & save our #environment 🏴󠁧󠁢󠁳󠁣󠁴󠁿🌲 💧 🌱🐿 ⛰ 🏠 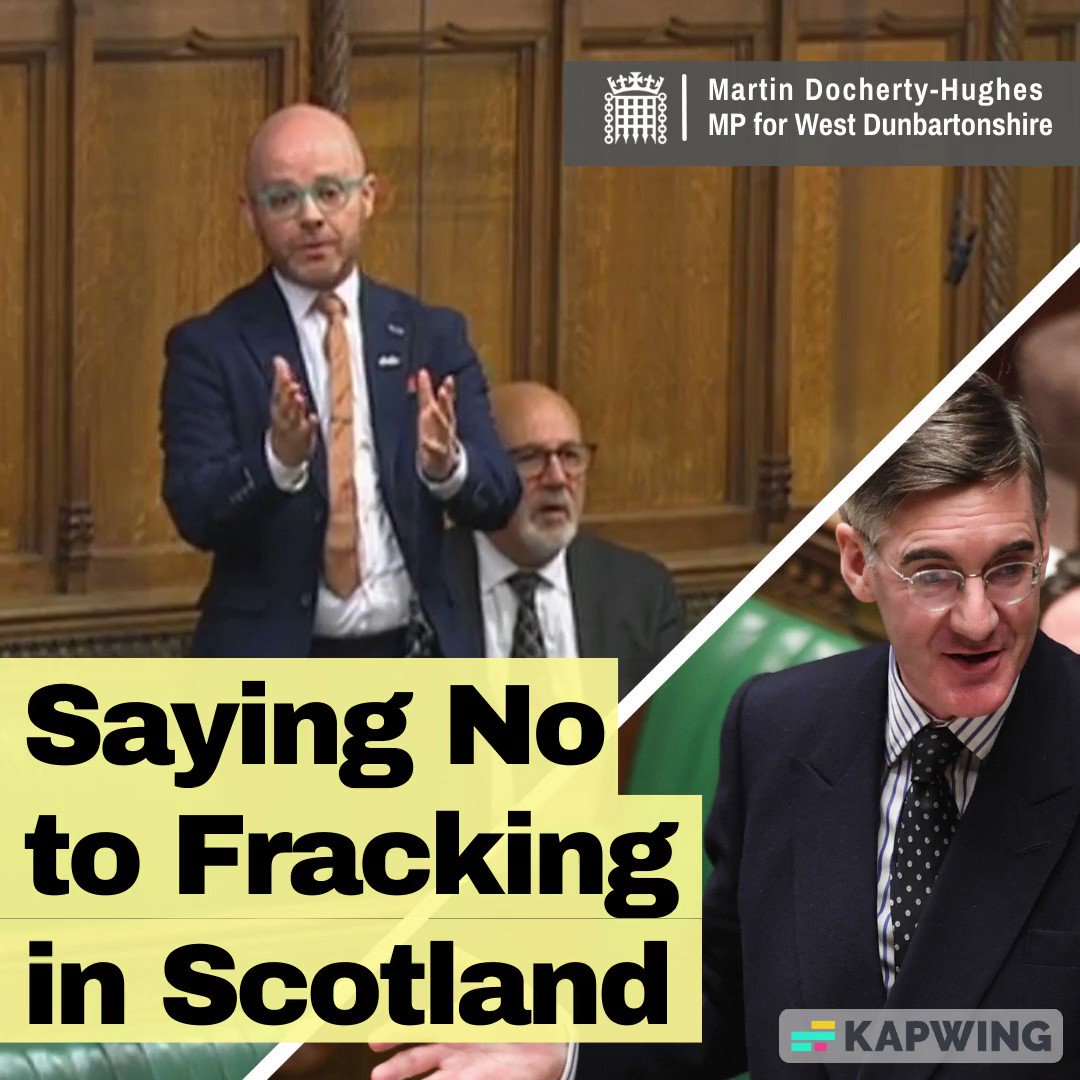 Politics Polls
@PoliticsPollss
From what you have seen or heard about the issue, do you think Britain should or should not start extracting shale gas? #Fracking #Poll
22 Sep, 07:04 PM UTC

Prof. Peter Strachan
@ProfStrachan
Earthquake levels set for review to allow #Fracking "Fracking is a dangerous fantasy - it would do nothing to cut energy bills, it costs far more than #Renewables, it is unsafe and it is deeply unpopular with the public," said Ed Miliband @NickCowern https://t.co/ZMraXykovC
22 Sep, 11:22 PM UTC

Rachel 🐟
@AngelLady75
Well I'm so irate at the utter bs being spouted #Fracking #CostOfLivingCrisis #GeneralElectionNow #ToriesOutNow #FollowBackFriday. Haven't done this for a bit but desperate to #GTTONow
22 Sep, 11:13 PM UTC

Miss Pasty
@MsPasty
#Fracking could affect many protected areas across #England as ban is lifted https://t.co/7Bt58HqhL3
22 Sep, 11:25 AM UTC

Methane Hunter
@TXsharon
Liz is going to fuck around and find out when it comes to #fracking in the UK. Those folks are serious in their opposition. https://t.co/m1U8u5mrZ0
22 Sep, 06:12 PM UTC

Westminster & City Lib Dems 🔶
@WminsterLibDems
Why is it that the Conservatives don’t want wind turbines that cause no damage and would help our energy generation mix but they will allow fracking that won’t help energy generation but will permanently pollute our ground water? We oppose #fracking https://t.co/7nOFb3DbNB
22 Sep, 08:35 AM UTC

gilmorejones
@gilmorejones
#Fracking is a time wasting pointless exercise. Solar panels and off shore wind farms are proven and can be implemented immediately. Also insulation. But follow the money. Who is feeding money to the Tories?
22 Sep, 10:26 AM UTC

chiller ★
@chiller
Here's where the government have approved #Fracking (pink). The lil purple dots are anti fracking groups. I really hope a lot of people are prepared to go to jail over this. #FrackingTories https://t.co/EytXheFzLX https://t.co/TJtrtvgEbg
22 Sep, 01:57 PM UTC

Hunter D Phoenix
@HunterDPhoenix
It would be great if we had politicians who actually listened to what people want. Instead of just telling us what they think people want 🙄 The only #Fracking that is acceptable is on Battlestar Galactica 😎
22 Sep, 10:43 AM UTC