gawain is trending on Twitter. Popular tweets on gawain. 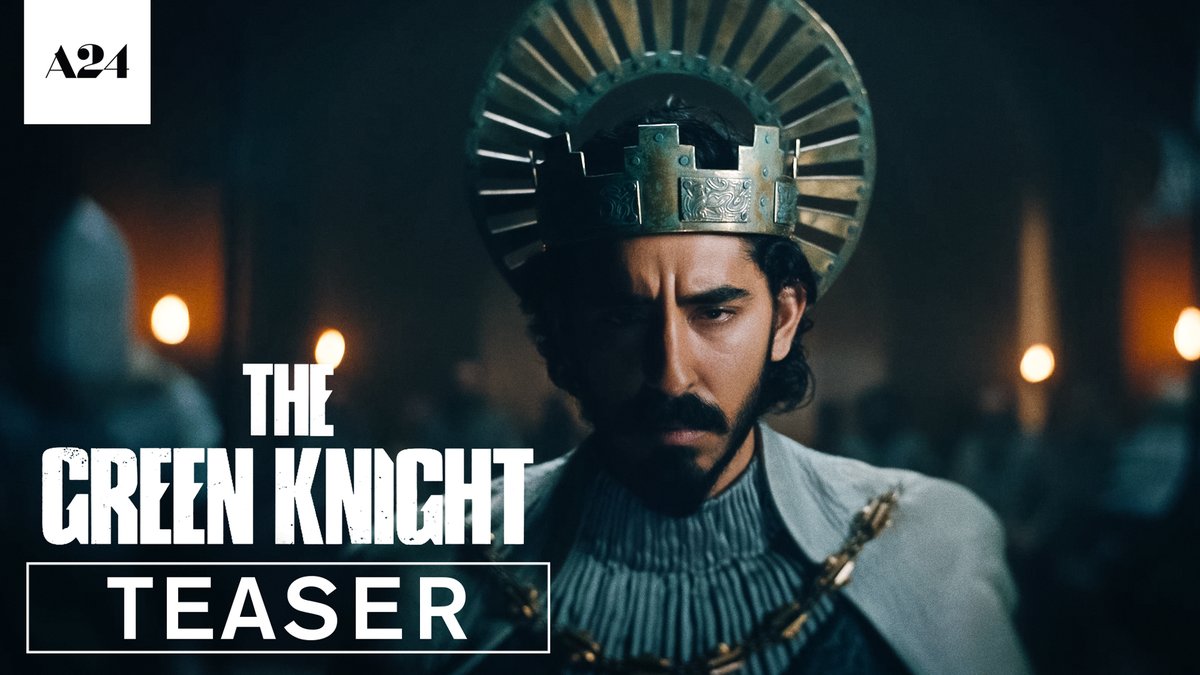 Brandy Jensen
@BrandyLJensen
one of the few days that it makes sense to casually mention you’ve read Sir Gawain and the Green Knight (i have)
13 Feb, 02:47 PM UTC 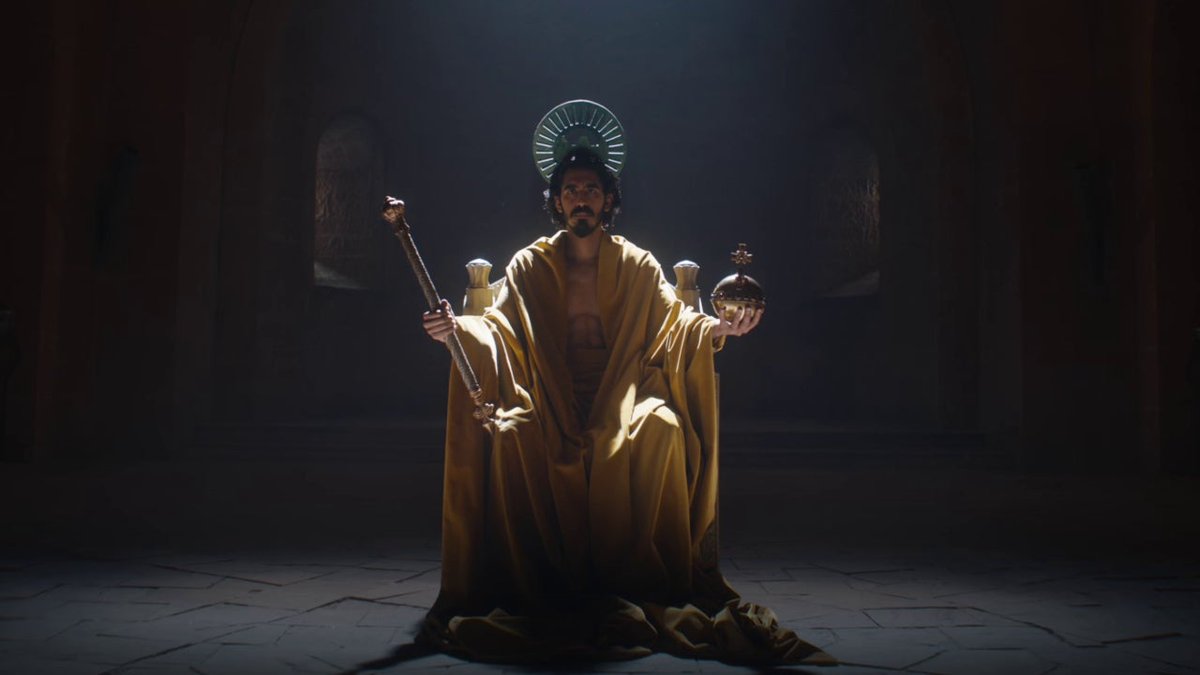 Samantha Puc 🦦✨🔜 ECCC
@theverbalthing
If y'all want some good Gawain and the Green Knight content to hold you over until the movie comes out, go read @emcheeseman's INCREDIBLE comic! ⚔️ https://t.co/AiLGwM3gme https://t.co/ba48pBSrY8
13 Feb, 02:55 PM UTC

dongwon
@dongwon
holy shit an A24 epic fantasy movie? with fucking Dev Patel as like Gawain or some shit? this is everything I've ever wanted?! https://t.co/uxMC28RUE5
13 Feb, 02:27 PM UTC

@RollingStone
Dev Patel plays Sir Gawain, a Knight of the Round Table, in the new trailer for David Lowery's upcoming film, 'The Green Knight' https://t.co/CMj5r7hSbr 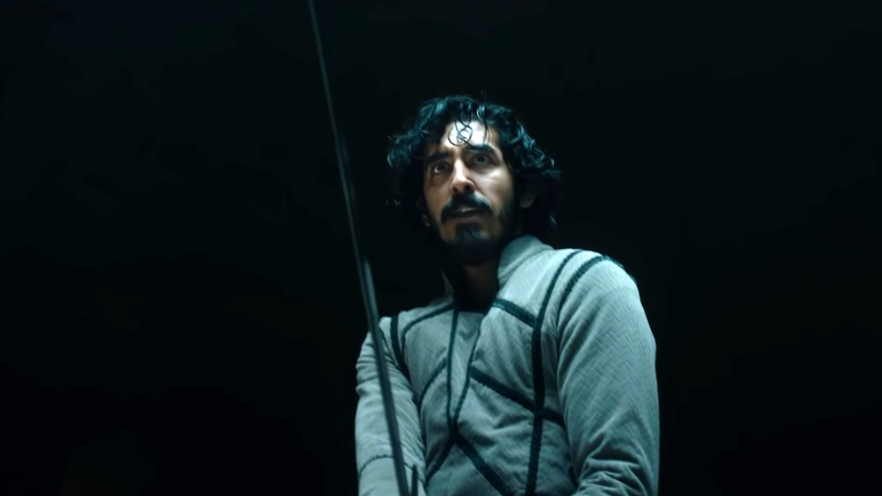 Polly Guo
@PollyGuo
thanks everyone who thought of Gawain's GF now that the #TheGreenKnight trailer is out >:) the obligatory plug. my ver follows the medieval poem very closely in some ways and not so closely in others https://t.co/0zpgv8MVtc https://t.co/1QP3IMmXmb
13 Feb, 08:54 PM UTC

Emily Cheeseman
@emcheeseman
this is a bad time for the print version of green knight to be sold out 😅 but you can read it online at https://t.co/UmGZ2uMBAh as always, and the PDF is available here: https://t.co/t6BW5A4oVX https://t.co/KjKvEG16h2
13 Feb, 07:38 PM UTC

@billysubway
Gawain and the Green Knight is one of my all-time favourite stories. Dev Patel is an incredible actor. So I am fully on board with this. It looks INCREDIBLE. https://t.co/rb8kWLkHiK
13 Feb, 03:25 PM UTC

Priyanka Taslim 👻🧞‍♀️
@bhootbabe
Not to have feels on main, but Dev Patel as #TheGreenKnight is actually really special to me. I grew up reading Arthurian legends. Some of the first writing projects I ever undertook were Arthurian retellings. All my casts were white. But in 2020, we get a BROWN knight! GAWAIN! https://t.co/aPxKUIvuzt
13 Feb, 05:00 PM UTC

Mythical Britain
@MythicalBritain
Apparently #SirGawain is trending on Twitter. Well, if anyone would like a signed and personally dedicated copy - packed with wonderful linocut prints, courtly words, detailed notes and insights into the poem, please visit https://t.co/kS68VmfClN. Or watch the film. https://t.co/0W6knWGPDe
13 Feb, 07:14 PM UTC

James Calbraith 🏴󠁧󠁢󠁳󠁣󠁴󠁿🎗️
@eadingas
@asemota_egie @Cavalorn Gawain (or Gwalchmai) wasn't real. Whoever was his historical counterpart (if there existed any) lived five hundred years before the earliest known myth, and could have been anyone. Casting is based on Dev Patel being one of the most brilliant actors of his generation.
13 Feb, 08:41 PM UTC

PDK Mitchell
@pdkmitchell
might actually leave twitter until the danger of seeing a NOW BUCKLE UP, KNEEL DOWN AND PREPARE TO GARGLE MY RIGHTEOUS TRUTH NUTS history thread about the Gawain film passes, this is so stressful
13 Feb, 09:23 PM UTC

Steven Underwood
@blaqueword
Bertilak deadass told Gawain in Sir Gawain and the Green Knogjt that if he fucks his wife, he gotta fuck him too. This is peak Bisexual rep https://t.co/NO2KcTPVbD
13 Feb, 09:38 PM UTC