@brgridiron
The Bengals have released RB Gio Bernard (at his request) after eight years with the team, per @MikeGarafolo 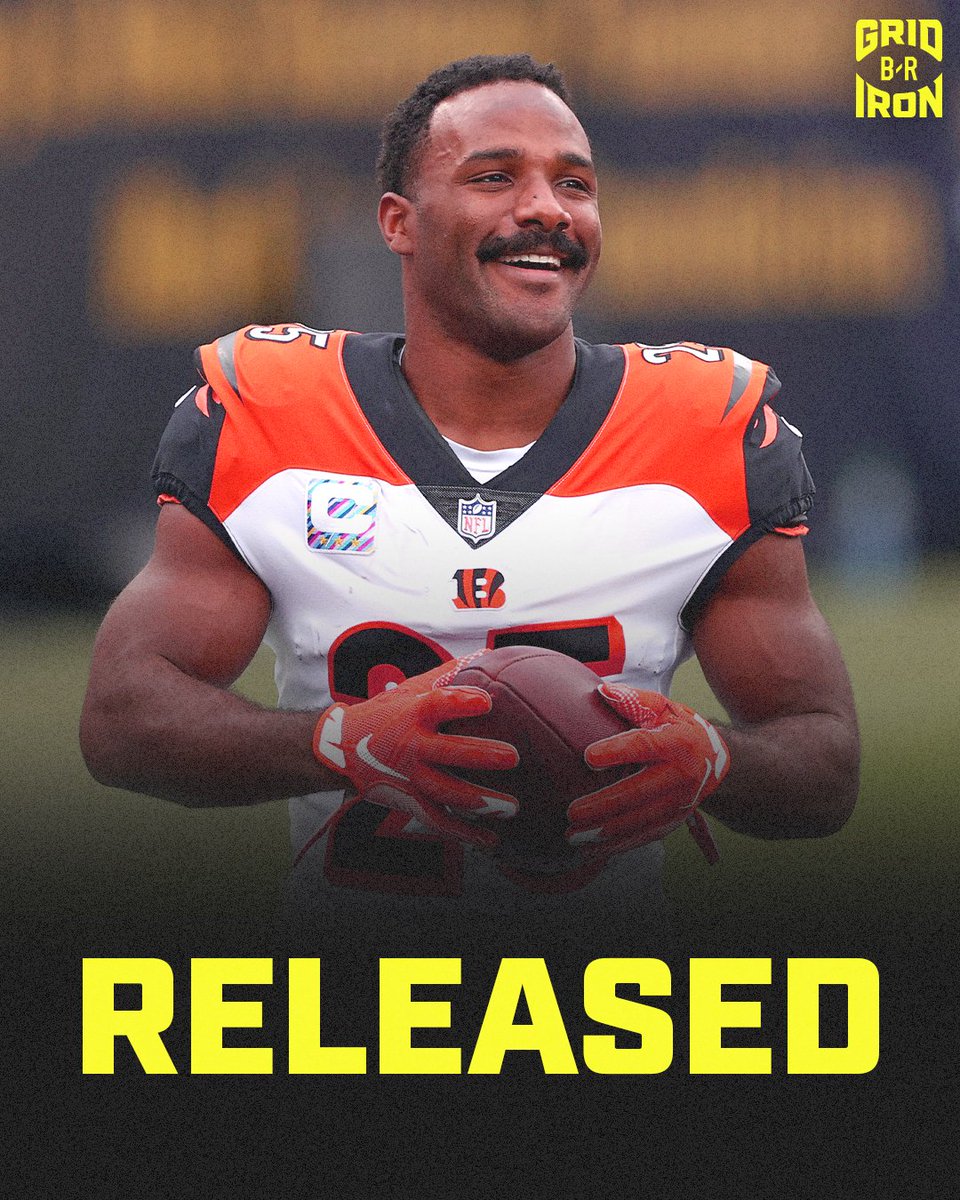 @MikeGarafolo
Gio Bernard asked for his release and the #Bengals granted it, source says. The team had asked him to take a pay cut two weeks into free agency, which hurt his chances of landing elsewhere. But he's expected to find a new gig soon.
07 Apr, 01:48 PM UTC

@MoEgger1530
Gio Bernard came off as one of the nicest, most down-to-earth athletes we've ever had on our show, and he provided some pretty electric moments on the field. I'll root for that guy wherever he resurfaces.
07 Apr, 01:50 PM UTC

Lindsay Patterson
@LndsPatterson
Gio Bernard was a good one on and off the field. Wishing him the absolute best.
07 Apr, 01:51 PM UTC

@pauldehnerjr
As noted by @MikeGarafolo, the frustrating part of this from Gio Bernard's side - and was a complaint of Andy Dalton last year - is by waiting until after free agency to do this the team hurts the player's options in landing elsewhere. If you knew this was the move, why wait?
07 Apr, 02:27 PM UTC

@Ben_Baby
I really liked what Gio Bernard brought to the Bengals' offense last year. Think he has some left in the tank
07 Apr, 02:03 PM UTC

@JoeGoodberry
Just so we're clear, Samaje Perine had just 28 pass blocking snaps last season (59 PFF grade). 53 in his career. He's not replacing Gio Bernard, it will be Joe Mixon replacing Gio. Perine will get the carries to give Mixon a break.
07 Apr, 03:36 PM UTC

Ken Broo
@kenbroo
Gio Bernard was a very good player on a lot of bad Bengals teams. But anyone who didn’t see this coming hasn’t been paying attention @700wlw
07 Apr, 02:54 PM UTC

Josh Klein
@joshkleinrules
Panthers could really get a lot of value out of a veteran running back like Gio Bernard, who has a similar game to CMC and is a quality pass protector. Would be a great signing, especially if he were to come in for the #VetMin
07 Apr, 02:24 PM UTC

Fantasy FB Gawd
@FbGawd
it says a lot about joe mixon that gio bernard being cut is grounds for a victory lap
07 Apr, 04:21 PM UTC

Sam Darrel
@SamDarrelBFF
Gio Bernard to the Raiders makes so much sense. Gotta make up for how AWFUL Josh Jacobs is in the passing game amirite? @StillRyanFive
07 Apr, 02:28 PM UTC

Denn
@KeepPounDENN
I swear at some point on our podcasts @SlurpeesVA was banging the table for Gio Bernard. I also definitely might have dreamt that but either way, I think the Panthers would be happy with him giving CMC a few plays off. https://t.co/DYy4aYFDyJ
07 Apr, 04:31 PM UTC

Bengals UK
@WhoDey_UK
You better believe there will be a tribute song to Gio Bernard *watches as we lose followers*
07 Apr, 04:20 PM UTC

Jacob Bak
@JacobBak12
If 29 year old Gio Bernard getting released is “huge” for Mixon then maybe you should chill on your expectations for Mixon... maybe that’s just me
07 Apr, 04:00 PM UTC

Ben Grant
@Ben__Grant
That the @Bengals cut Gio Bernard isn’t surprising, but I’ll be upset if this doesn’t turn into a number of new signings given how far below the cap they are. Gio is still an electric runner and the best blitz-pickup back in the league. This is a huge loss. #Bengals https://t.co/iTKsL8fmSr
07 Apr, 04:15 PM UTC

The Fantasy Factor
@TFF_Fantasy
Hopefully the news of the Bengals releasing Gio Bernard means Joe Mixon will finally be a “3-Down Back”🙏
07 Apr, 03:48 PM UTC

Sam Darrel
@SamDarrelBFF
@FbGawd I actually think it’s the other way around. I think we’ve been underestimating how good of a football player Gio Bernard actually is. He looked great when filling in for Mixon last year.
07 Apr, 04:24 PM UTC