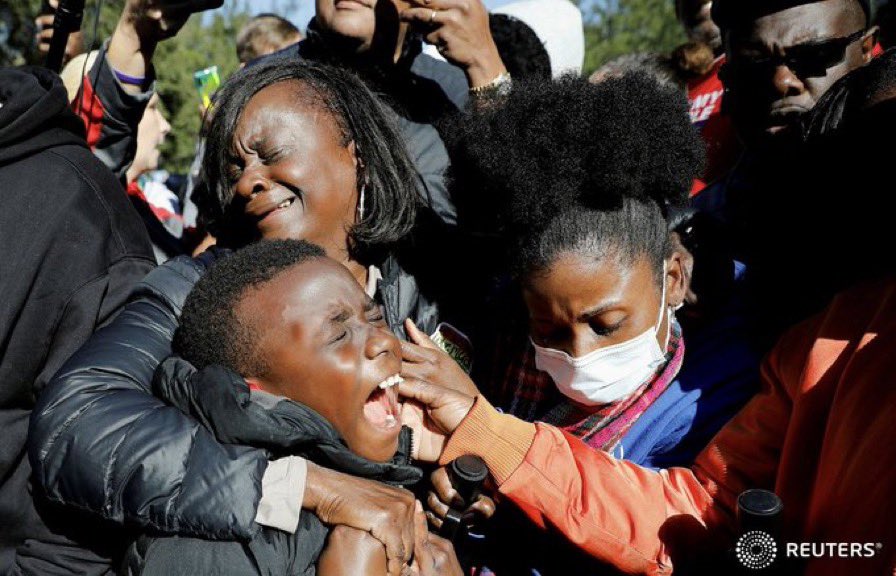 Chad Loder (they/them)
@chadloder
The only reason the video of Ahmaud Arbery's murder was released is because the GBI leaked it. Glynn County police tried their hardesr to cover up Arbery's murder — the DOJ should launch a criminal investigation into @Glynn_Police. https://t.co/OyKcE0pLHY
24 Nov, 07:05 PM UTC

This Black Man🌞
@markghost45
Former Georgia Glynn County District Attorney #JackieJohnson should be next to head to prison for trying to protect the defendants and bury the case. #AhmaudArbery #EqualRights #Justice #FreshVoices https://t.co/u1fUQ8WttM
24 Nov, 07:19 PM UTC

@jimsciutto
It is worth remembering: Two prosecutors initially instructed Glynn County police not to make arrests in the case, but about two months after the shooting, Bryan's video of the chase and killing was made public, sparking nationwide outcry.
24 Nov, 07:42 PM UTC 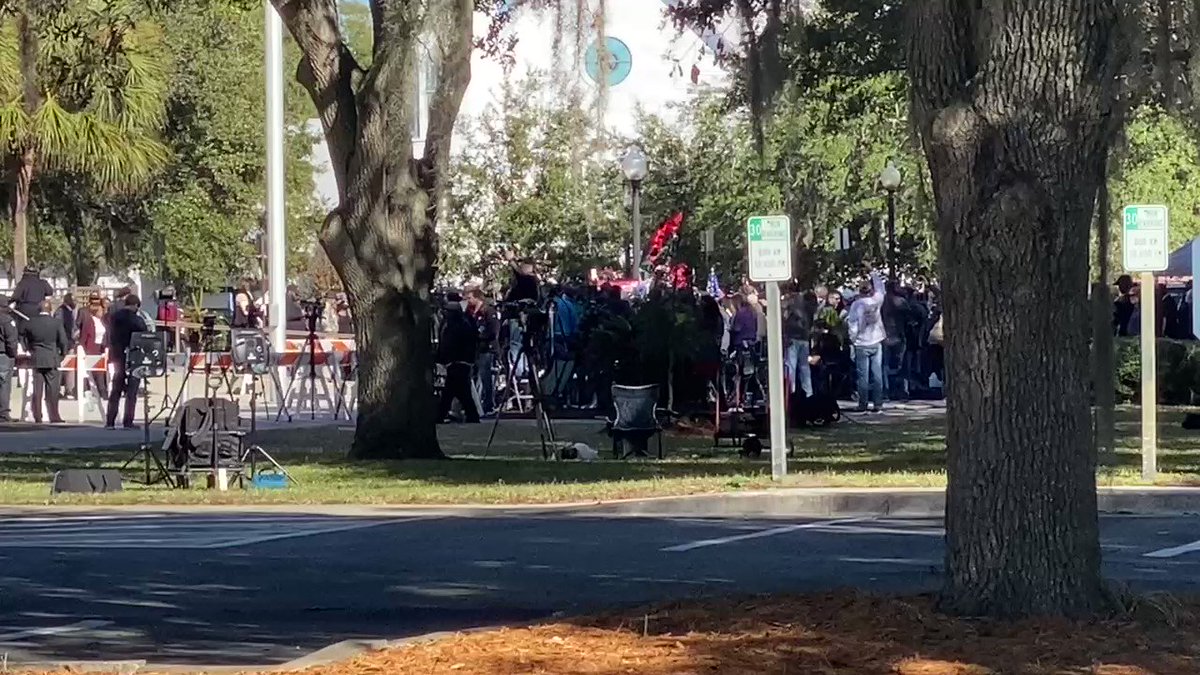 @JasmineForHD108
The thing that stands out to me the most with today’s verdict is that the original DA in Glynn County was not even going to charge them. It took 6 months, a leaked video, public outcry, and a full throttle social justice movement for us to get here today.
24 Nov, 07:29 PM UTC

Trump4America
@trump4_america
BLM Protesters were seen stomping on a confederate flag outside of the Brunswick Glynn County Courthouse where the Ahmaud Arbery case was held. Now just imagine if someone was stomping on a BLM Flag! https://t.co/FxB9UbAItp
24 Nov, 07:51 PM UTC

TheValuesVoter
@TheValuesVoter
Some people asked whether or not a jury in a rural county in southern Georgia could deliver a just verdict in a racially charged killing of a black man. And the people of Glynn County just answered. Yes. The majority of people, wherever you go, are decent.
24 Nov, 06:51 PM UTC

@Newsweek
A crowd erupted into cheers outside the courthouse in Glynn County, Georgia where three men were convicted for the murder of Ahmaud Arbery. Read more: https://t.co/WVX0pxbsRP 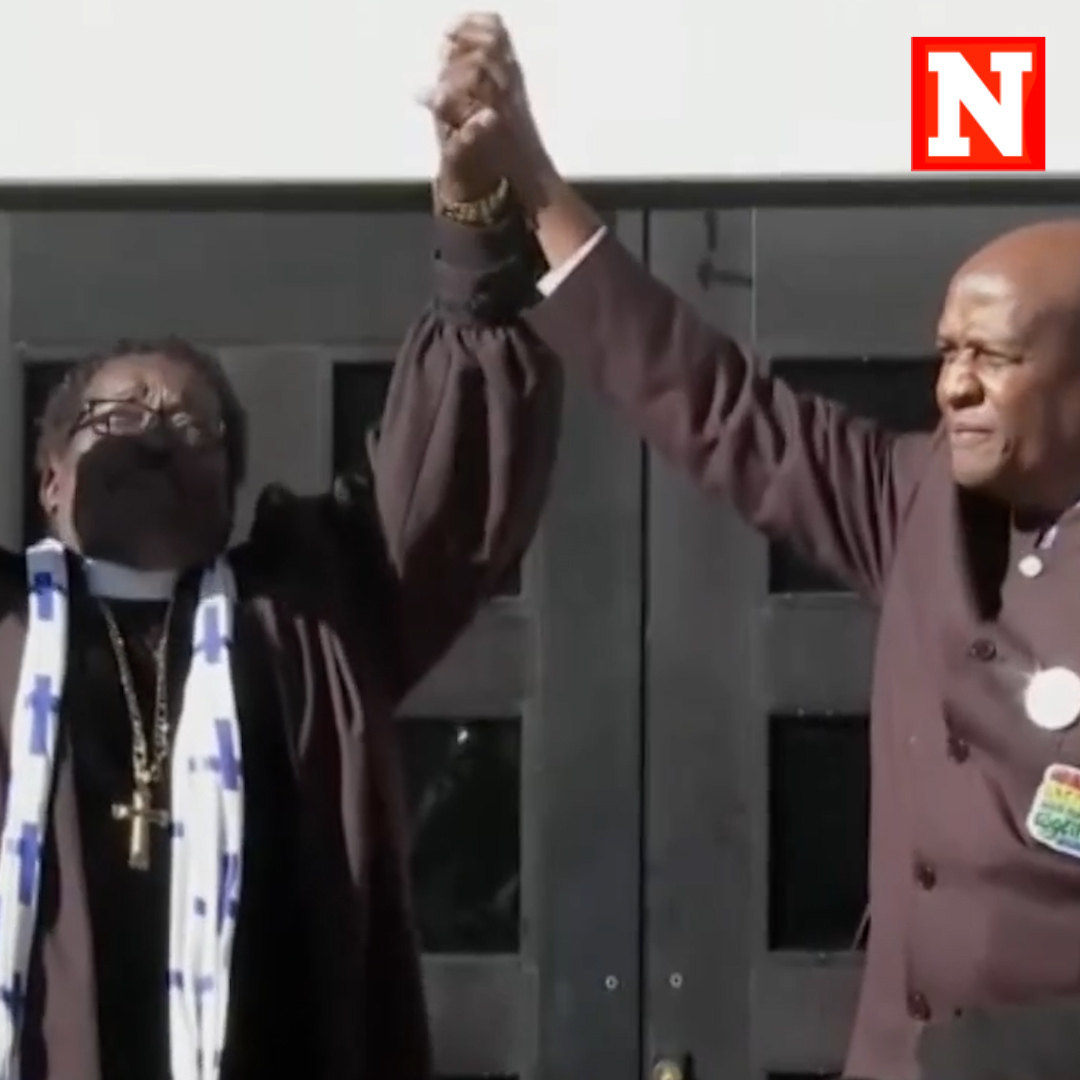 @MoveOn
In February 2020, Ahmaud Arbery was simply out on a jog near his home, when he was stalked, attacked, and shot to death by three men. Today, a jury in Glynn County, Georgia has just convicted all three men of murder.
24 Nov, 08:04 PM UTC

@TorraineWalker
They're escorting the murderers out of the Glynn County courthouse right now and putting them in black cars.
24 Nov, 07:24 PM UTC

@reesewaters
Reminder: Jackie Johnson, the former district attorney in Glynn County, Georgia, is being facing an indictment for “showing favor and affection” to Gregory McMichael and telling police not to arrest his son, Travis McMichael in the murder of Ahmaud Arbery. 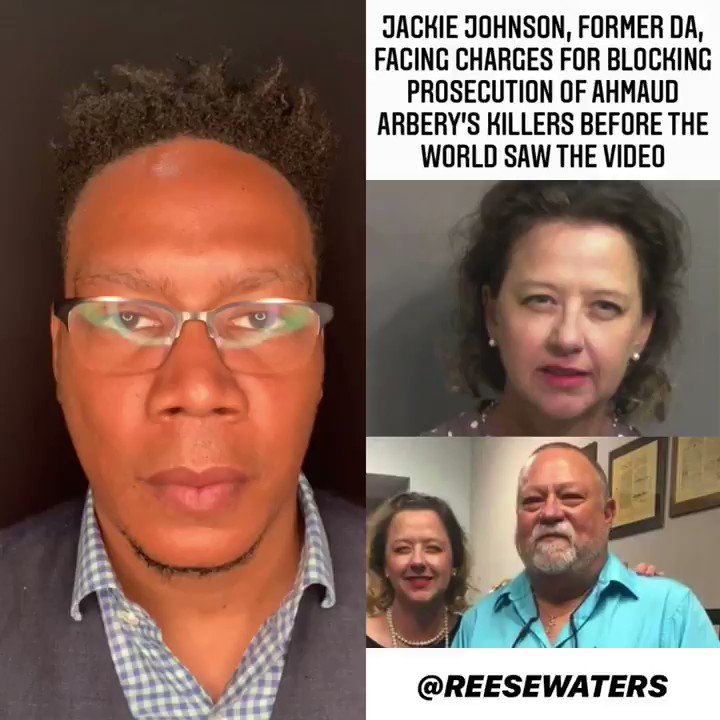 Bon, New York ReSister (#NY tough)
@bfs2020
1/ Johnson is charged with obstruction of a police officer, which is a misdemeanor. On the day of the Feb. 23, 2020 shooting, the indictment says she allegedly instructed two Glynn County police officers not to arrest Travis McMichael, the man who shot and killed Arbery. 🤯👇🏻
24 Nov, 08:05 PM UTC

@EvanLambertTV
NOW: Outside the Glynn County Courthouse. Chants of “Say his name: #AhmaudArbery.” Community members feeling vindicated after all three men are officially considered murderers under the law. 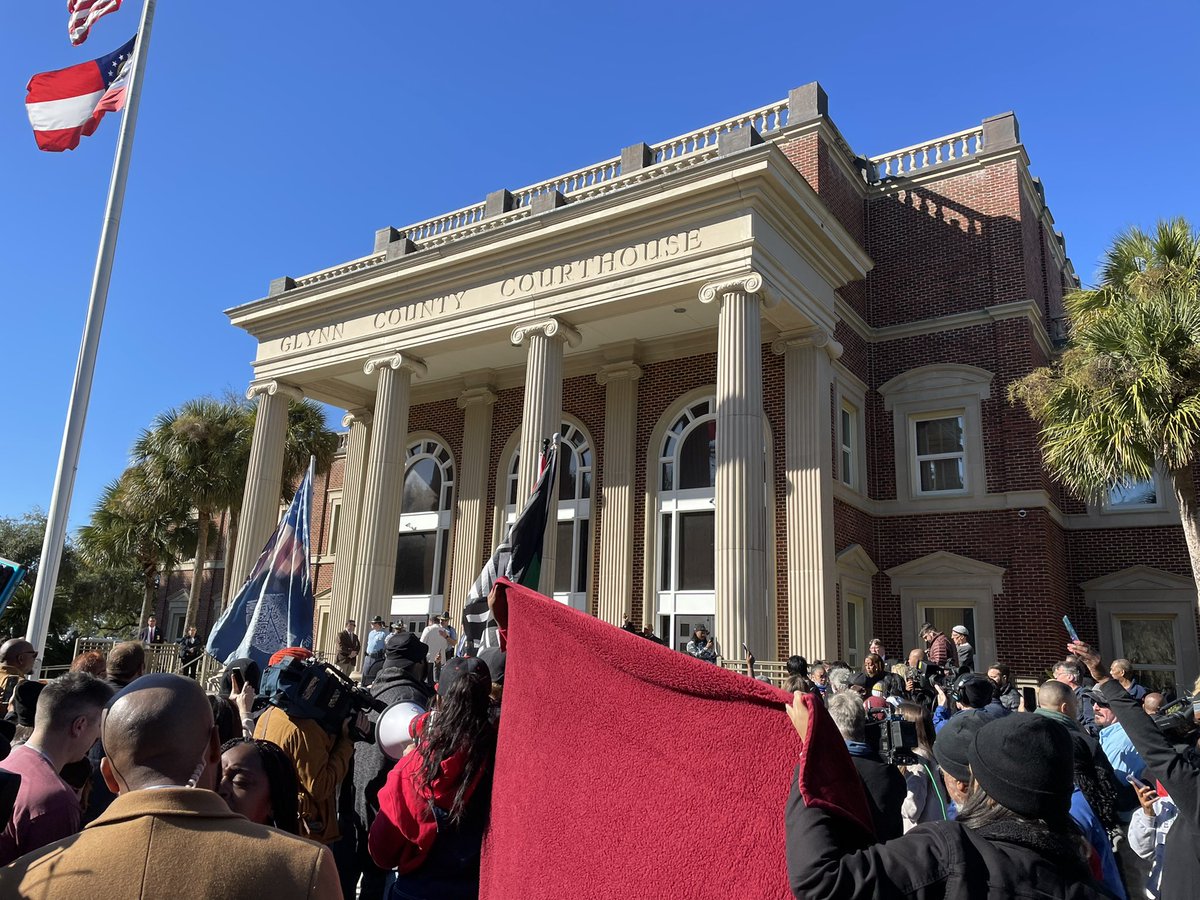 @HayleyMasonTV
We have more live reports from the Glynn County Courthouse and legal breakdown of the charges at 5 and 6 on @cbs46. 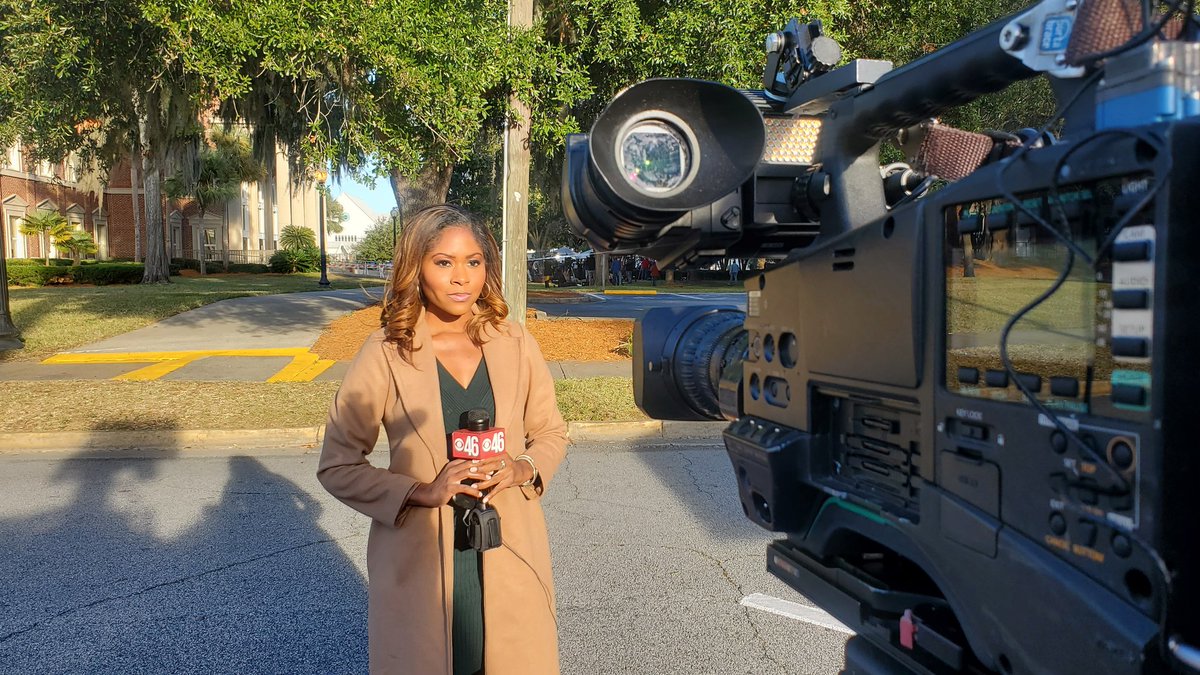 Bonnie Rawson
@BonnieRawson4
It was a thing of beauty ! In my humble view , she put on a remarkable Case ! TG , for this Special Prosecutor , one Linda Dunikoski !! Say her name !! ( from Cobb County GA ) assigned to Glynn County GA to adjudicate this Case ! Adjudicate wrong - doing - atrocities !
24 Nov, 09:05 PM UTC

Ellen Robinson
@ElginBaylor3
Remember, this prosecutor from Glynn County was ready to overlook, cover up the murder of Ahmaud Arbery. If not for the video, we wouldn’t have the guilty verdicts today. Our justice system still has work to do. #AhmaudArbery https://t.co/L68k9yQJIB
24 Nov, 09:14 PM UTC

FLASH GORDON
@FlashGordon_21
It’s stunning the Arbery case was prosecuted. The Glynn County Police Department was told by the Brunswick District Attorney to not make any arrests on numerous occasions as time passed in this case. It wasn’t until the videos were made public that the legal system took action.
24 Nov, 09:14 PM UTC

Barbara Anthony
@BarbaraBAnthony
@JimAloisi Yes. And this judge was brought in from outside of Glynn county.
24 Nov, 09:14 PM UTC