Gohmert is trending on Twitter. Popular tweets on Gohmert.

Jake Lobin
@JakeLobin
Louie Gohmert really asked if we can change the orbit of the moon or the Earth, in order to combat climate change 😭😭 Holy fuck.
09 Jun, 02:48 PM UTC

@tedlieu
I know the answer to the question by Rep. Louie Gohmert. Captain Marvel. She can alter planetary orbits with her superpowers. I’m going to work on a bipartisan resolution asking for her help. https://t.co/Mp25aA6tdh
09 Jun, 04:42 PM UTC

@SethAbramson
How stupid is Louie Gohmert for thinking the *Bureau of Land Management* can change the orbit of the Earth around the Sun That's obviously a job for the Department of Energy
09 Jun, 03:14 PM UTC

Lindy Li
@lindyli
Louie Gohmert asked if we could change the Moon’s or the Earth’s orbit around the sun This genius sits on the Judiciary Committee, alongside pedophile Matt Gaetz and sex abuse enabler Jim Jordan The GOP sends its best
09 Jun, 06:17 PM UTC

@TheRickWilson
All right, folks. Shut it down. We've reached the nadir of dumbfuckery and Louis Gohmert jersey needs to be retired today. https://t.co/5tQO74ZtfM
09 Jun, 04:35 PM UTC

@mmpadellan
Louie Gohmert has just taken a slim lead over Boebert and Greene in the Battle of the Stupids. Good lord. https://t.co/a0qItDuWB0
09 Jun, 03:02 PM UTC

@ChristopherHahn
One of the worst things about about Louis Gohmert is he's as confident as he is stupid.
09 Jun, 02:44 PM UTC

Amee Vanderpool
@girlsreallyrule
Rep. Louis Gohmert (R-TX) wonders if there is any way the National Forest Service or Bureau of Land Management can change the rotation of the moon and sun rather than enact reasonable climate change measures. Someone needs to get him to a doctor, stat. 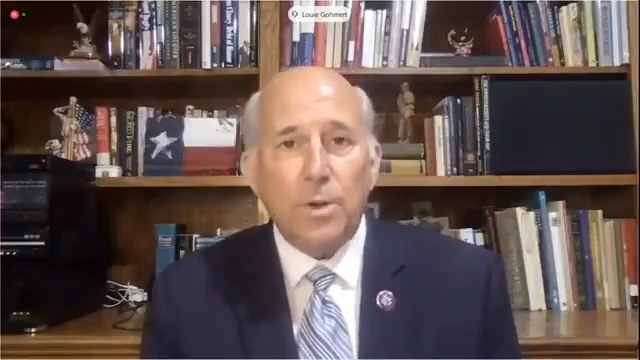 @Sites4Congress
@JudiciaryGOP Today would be a good day for Matt Gaetz to be removed from the Judiciary Committee. Or Louie Gohmert, for that matter.
09 Jun, 01:29 PM UTC

Ricky Davila
@TheRickyDavila
I don’t think I can ever get over Louie Gohmert asking if Forest Service can change the orbit of the Earth or the moon. That’s next level type imbecile and it’s in Congress.
09 Jun, 05:02 PM UTC

Hamish Mitchell
@H_MitchellPhoto
Louie Gohmert wants to change the earth’s orbit to battle climate change, and the vaccines now cause keys and forks to stick to your head? WTF? 😳
09 Jun, 07:41 PM UTC

A.R. Moxon | noxoM .Я.A
@JuliusGoat
If Louie Gohmert tried to play a chicken at a game of tic-tac-toe, the game would somehow end with him locked inside his own car. https://t.co/0rYK0l1kFy
09 Jun, 12:03 PM UTC

Amy Lynn ✡️🐿️
@AmyAThatcher
Louie Gohmert is so stupid he sits on the TV and watches the couch.
09 Jun, 06:18 PM UTC

@RobertMaguire_
So Gohmert thinks the Green New Deal is bad, but he's open to CHANGING THE ORBIT OF THE EARTH AND THE MOON???? https://t.co/gZzcPhyjtW
09 Jun, 01:41 PM UTC

@grantstern
Louis Gohmert is providing tremendous representation in Congress for people who will literally believe anything they see written on a napkin. Go move the moon, Louis, and don't use a mask while doing it because, FREEDOM!
09 Jun, 02:54 PM UTC

@DrDenaGrayson
During a House Natural Resources hearing on combatting #climatechange, Louie Gohmert asked: “Is there anything that the National Forest Service or BLM (Bureau of Land Mgmt) can do to change the course of the moon’s orbit or the Earth’s orbit?”🤯 @NRDems

Mark Jacob
@MarkJacob16
Yes, Louie Gohmert actually asked whether the National Forest System or the Bureau of Land Management could "change the course of the Moon's orbit or the Earth's orbit around the Sun." "I would have to follow up with you on that one," an official responded. https://t.co/tsekaygA46
09 Jun, 12:59 PM UTC

@tomiahonen
I can help. I am Adjunct Professor at Trump Univ AST Dept of Astrophysics & Spacey Things. Rep Louie Gohmert has revealed perhaps a bit too much about altering the moon's orbit. This classified mission is run by Space Force & involves Italian satellites & Jewish Space Based laser 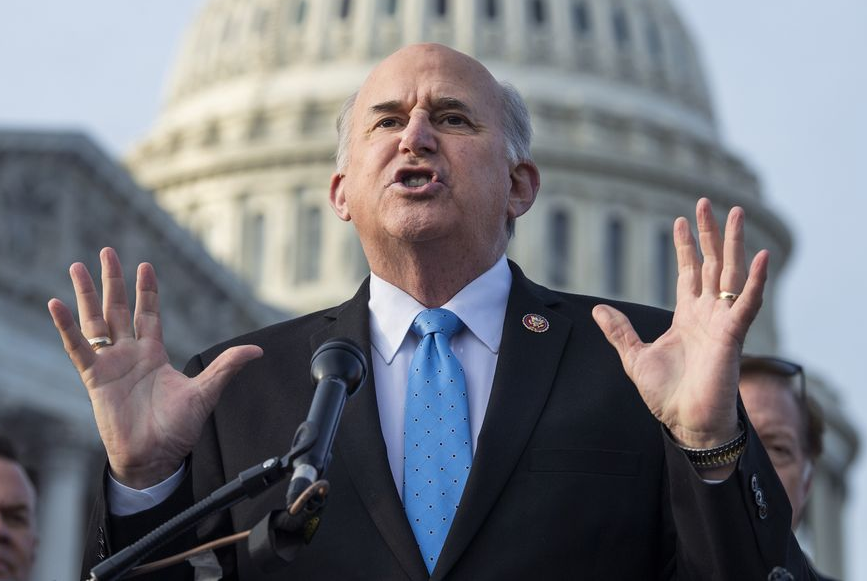 💀 Scary Larry 💀 🇺🇸🌊✊🏻🗽
@StompTheGOP
We go now live to Louis Gohmert trying to unscrew a lightbulb by holding it and waiting for the Bureau of Land Management and the Forest Service to change the direction of the earth.
09 Jun, 06:43 PM UTC

Rett Newton
@RettNewton
Y’all, Louis Gohmert seriously asked if we can change the orbit of the Earth or the moon to combat climate change. This is why we need science in the Senate.
09 Jun, 08:21 PM UTC

@NBCNews
Rep. Gohmert suggested at a Congressional hearing that climate change could be combatted by altering the orbit of the moon, and asked an official from the U.S. Forest Service if there was anything her agency could do to do so. https://t.co/evC8FFvppk
09 Jun, 10:40 PM UTC