@trussliz
We are facing difficult economic times globally. We must put this country on a trajectory for long-term growth whilst maintaining fiscal discipline. Cutting taxes will boost investment, creating jobs and opportunities for all. That is what our Growth Plan will deliver.
29 Sep, 03:24 PM UTC

@hmtreasury
"Without growth we won't be able to generate the income & the tax revenue to pay for the public services we want to see". Chancellor @KwasiKwarteng spoke today about the importance of growth, and how the Growth Plan will help us deliver opportunities for people across the UK. 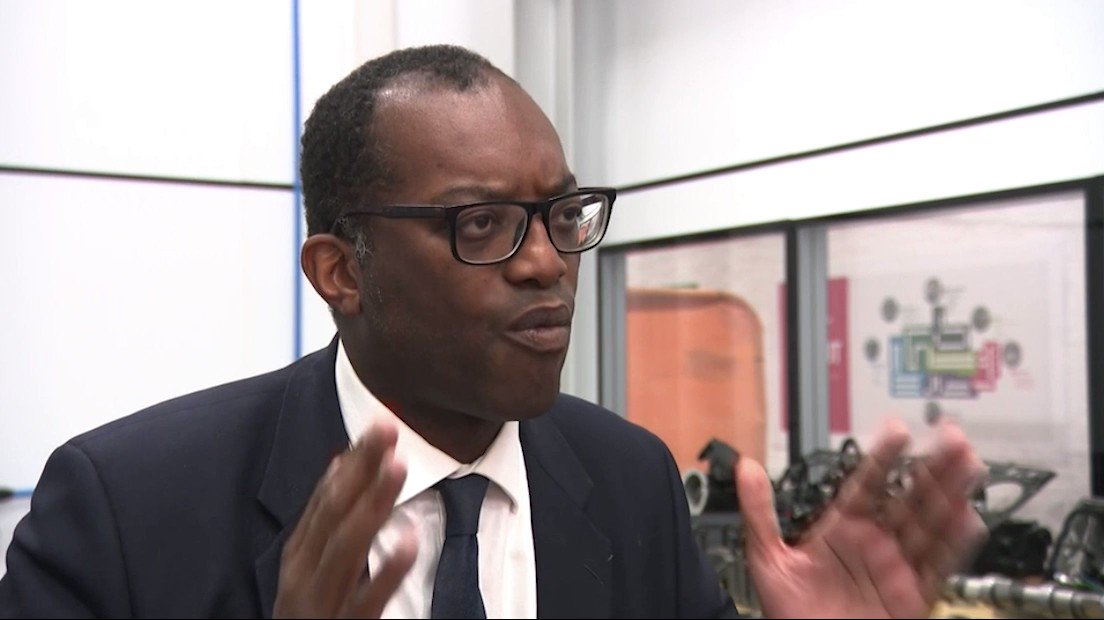 Andrew Lilico
@andrew_lilico
If Tory MPs are going to panic & demand a u-turn over a few bad polls on something as trivial as the 45p rate, 2 years out from the election, Truss might as well abandon the rest of her growth plan now cos everything else is going to be much harder, less popular & more urgent.
29 Sep, 05:05 PM UTC

@faisalislam
“In the event, we were not commissioned to produce an updated forecast alongside the Chancellor’s Growth Plan on 23 September, although we would have been in a position to do so to a standard that satisfied the legal requirements of the Charter for Budget Responsibility”… OBR 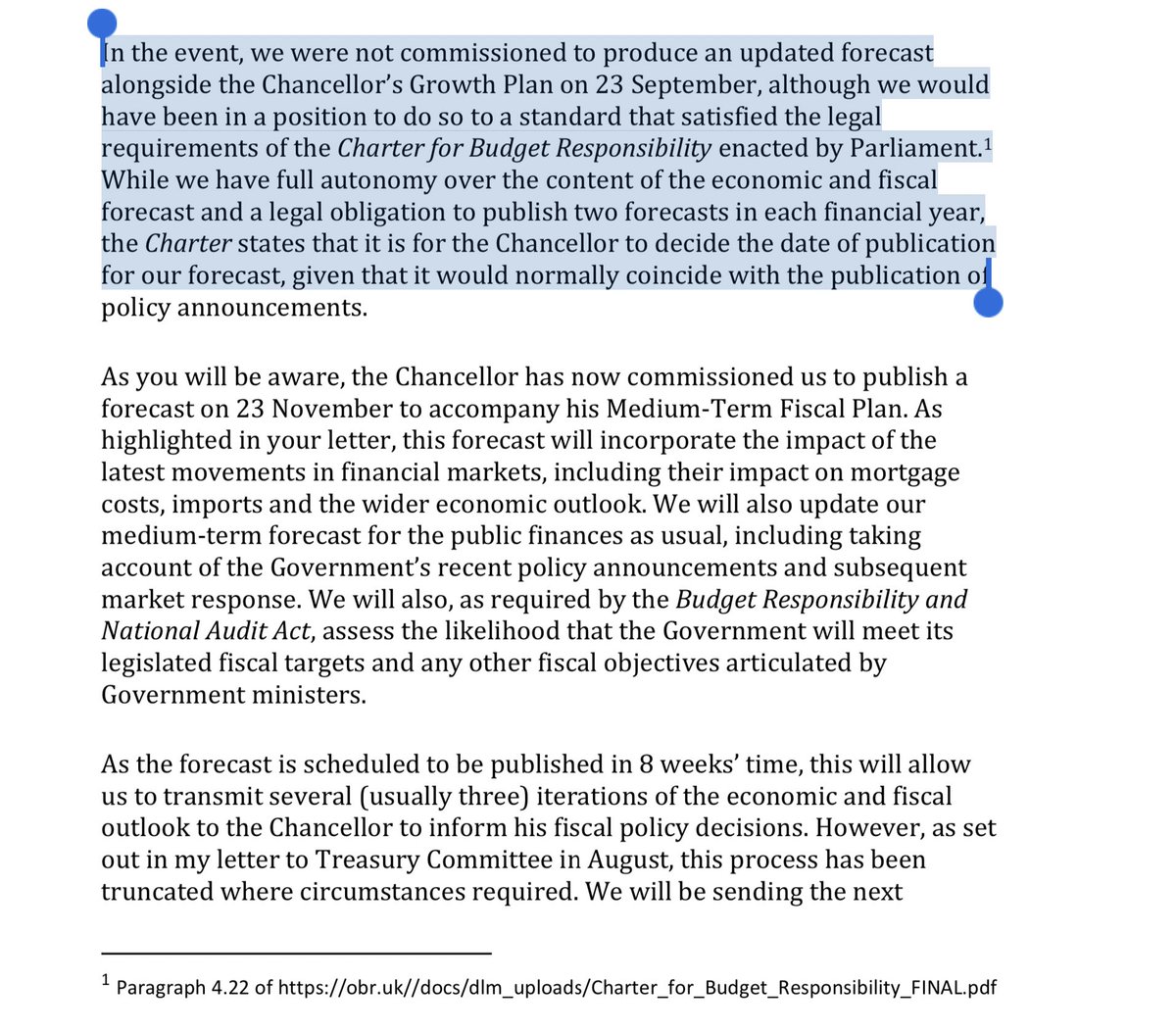 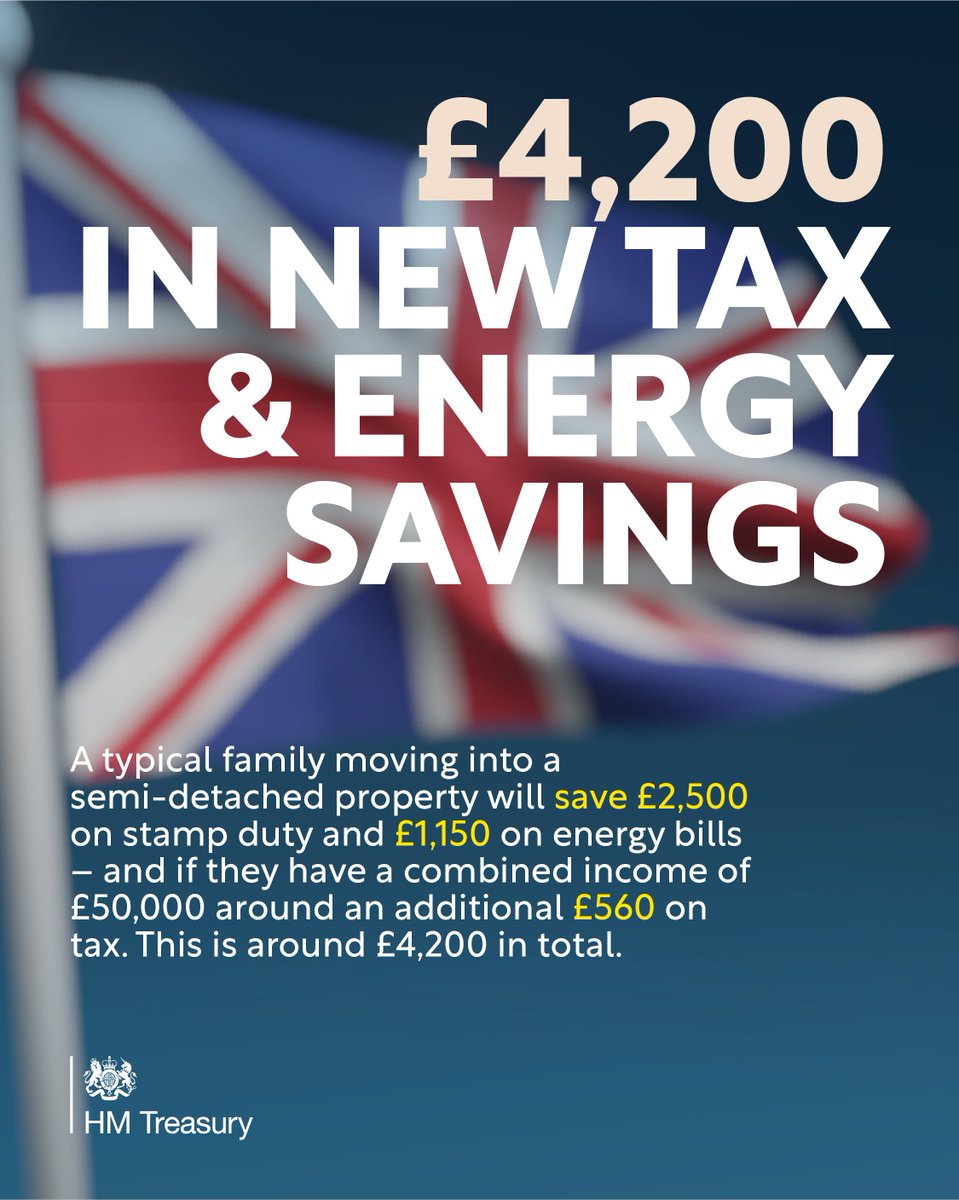 James Lazarus 🇺🇦 #LizTrussIsNotMyPM #Rejoin 🇪🇺
@JustSayNope
@trussliz We're facing unprecedented problems in Britain. Highest inflation, highest rail and energy prices. Your growth plan caused Bank of England to have to step in. That alone should be warning that your plan is wrong. You have deeply damaged the reputation of the United Kingdom.
29 Sep, 03:40 PM UTC

@GavinBarwell
If the turmoil in the markets, the even higher debt, the interest rate rises on the way and the unfairness of it weren't enough, the fact that this man - who has already done grave damage to our economy - supports it should be enough to convince you the Growth Plan is a mistake https://t.co/Gy498Cw08E
29 Sep, 09:29 PM UTC

@GavinBarwell
This is *before* interest rates have gone up and *before* the government announces big spending cuts (delayed until after the next election) to pay for the tax cuts. What the Chancellor announced last Friday isn't a growth plan, it's an electoral gift to Labour https://t.co/cQlci80ffR
29 Sep, 04:49 PM UTC

Dr Martin Opposes Gov’t Corruption
@MartinRemains
@trussliz We are facing difficult economic times in the UK, mostly our fault. We are borrowing like it’s out of fashion instead of taxing rich people & energy companies. Cutting taxes will not boost investment, create jobs or opportunities. Our Growth Plan has delivered financial chaos.
29 Sep, 03:56 PM UTC

@GBNEWS
‘The mini-budget was absolutely essential in resetting the debate around growth…We are protecting people right around the country.’ Chancellor Kwasi Kwarteng says he is sticking to ‘delivering the growth plan.’ 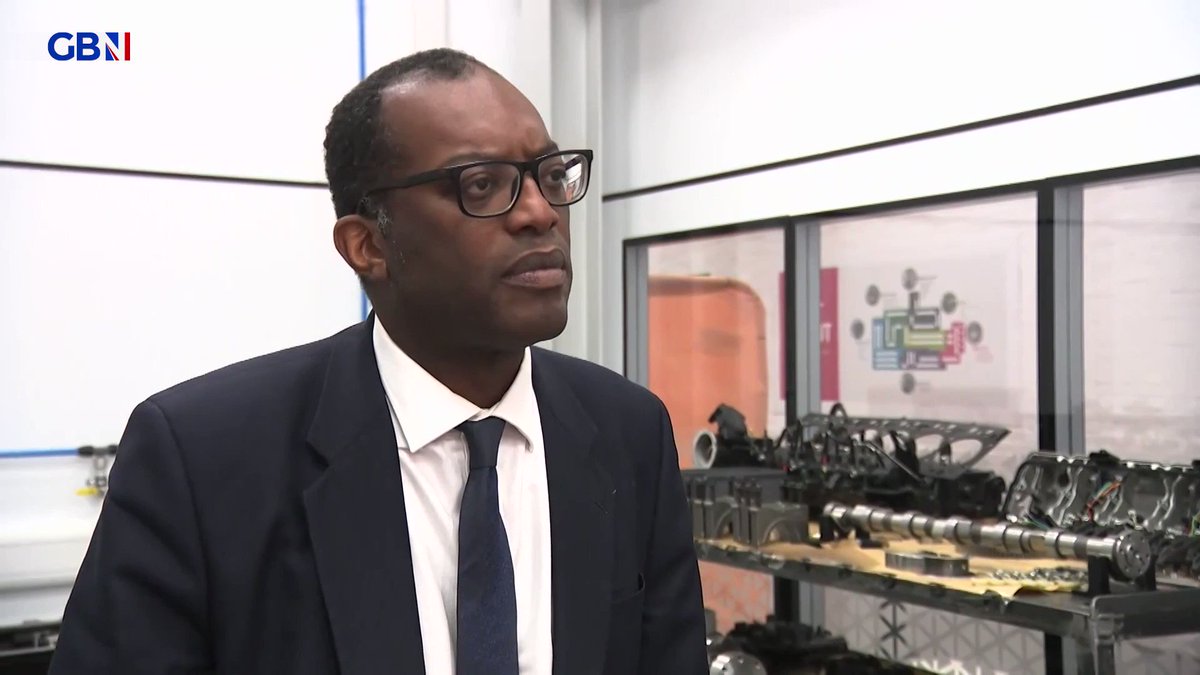 Alexandria the Scot.
@SandraToFriends
Kwasi turns down the chance to go to the select committee and share his growth plan, Ohh surprised?, no. Why?, because he doesn't have one.
29 Sep, 04:12 PM UTC

Citizen Paul Templeman 🪧
@PaulTempleman6
@trussliz Since you eschew the OBR, maybe you'd like to take a look at this detailed analysis of the economic effects of your 'Growth Plan'. The spoiler is it's titled 'All Pain, Little Gain' https://t.co/oOpU4hbij8
29 Sep, 03:36 PM UTC 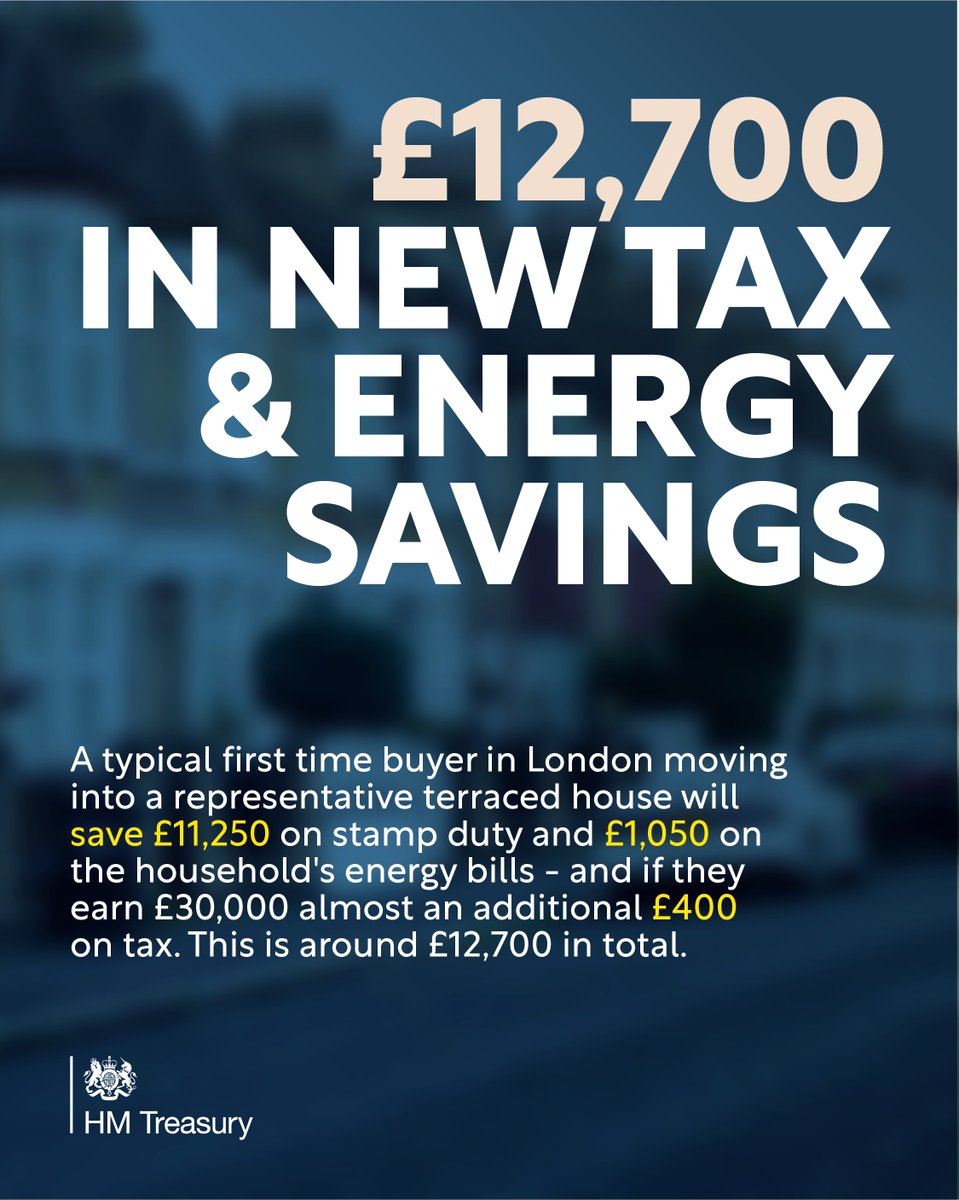 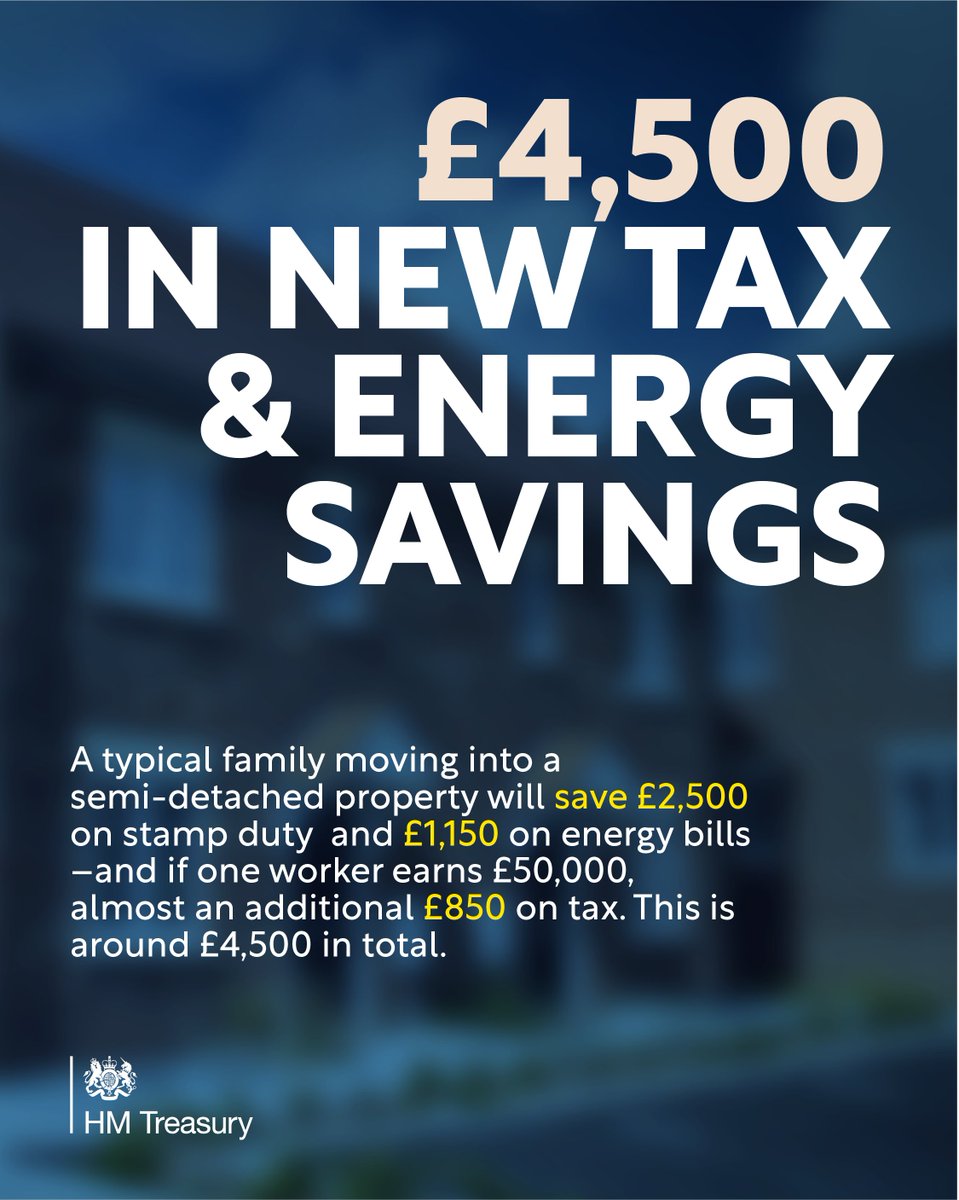 Polittiscribe
@polittiscribe
Two points here. WSJ saying central bankers would love to be in Andrew Bailey’s shoes with govt commitment to halt inflation & growth, and NIESR assessment suggests tax cuts will take us out of recession and back into growth by end Q4 this year. Growth plan is excellent.. https://t.co/Pao16OwGl9
29 Sep, 06:27 PM UTC

Satbir Singh 🧡
@SatbirLSingh
Uncritically referring to an unfunded tax break for millionaires that has led to devaluation, capital flight and crisis as “the government’s growth plan” is peak client journalism.
29 Sep, 10:57 PM UTC

Barrie
@BarrieBrain1
@N1ckPayne @hmtreasury And regardless of dodgy example, the growth plan means any savings are wiped out by the mortgage interest costs. Please can we have new people run the country 🤣
29 Sep, 11:29 PM UTC

Simon Parker
@polhoff
#bbcqt It's amazing how the debate about the budget is as if it's a dinner party conversation, as if there's a fun question of present pain for future gain. How does anyone know this theoretical growth plan will work?
29 Sep, 10:53 PM UTC

Jack Horner
@Jack_Horner
@hmtreasury How much gave they lost on their pension? Thanks to the government’s growth plan my pension, accumulated over 35 years of hard work, has dropped by £30k. That is around £30k in total.
29 Sep, 11:43 PM UTC

Ed. White
@White692742
@MarvinH2_G2 @andrew_lilico Clearly. It's implicit in their intention to cut public spending by £50bn A YEAR to pacify markets over their £50bn tax rebate for the rich. Explicit in their rejection of redistribution. No growth plan, just as no actual plan for improving NHS/social care accompanied NI rises.
29 Sep, 11:39 PM UTC

Derrick Chester
@DerrickChester1
I know it's stating the obvious but the best way to achieve a growth plan is to demonstrate that the debt being accrued to pay for it is capable of being paid off as a result. In other words that the UK can earn its way to pay its bills. That's the fundamental crisis and the
29 Sep, 11:28 PM UTC

Chaz
@GeoVolvoMan
@trussliz What your 'Growth plan' has delivered is a collapse in the pound, interest rates going up, pension funds in freefall, and likely that inflation will double due to the new cost of imported goods.. Resign now and take the clown next door with you. #trussoutnow
29 Sep, 11:26 PM UTC