Gutfeld is trending on Twitter. Popular tweets on Gutfeld.

@DavidPressman
Greg Gutfeld’s new Fox News late night comedy show is one of the worst things I’ve ever seen and I was in Gigli.
07 Apr, 04:14 AM UTC

@sadmonsters
Greg Gutfeld is protesting "cancel culture" by making a show so awful he'll get canceled the old-fashioned way. 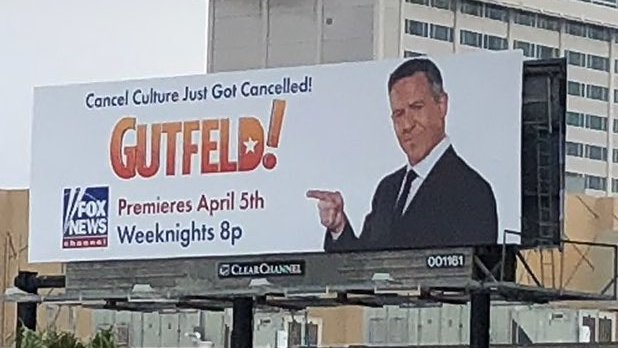 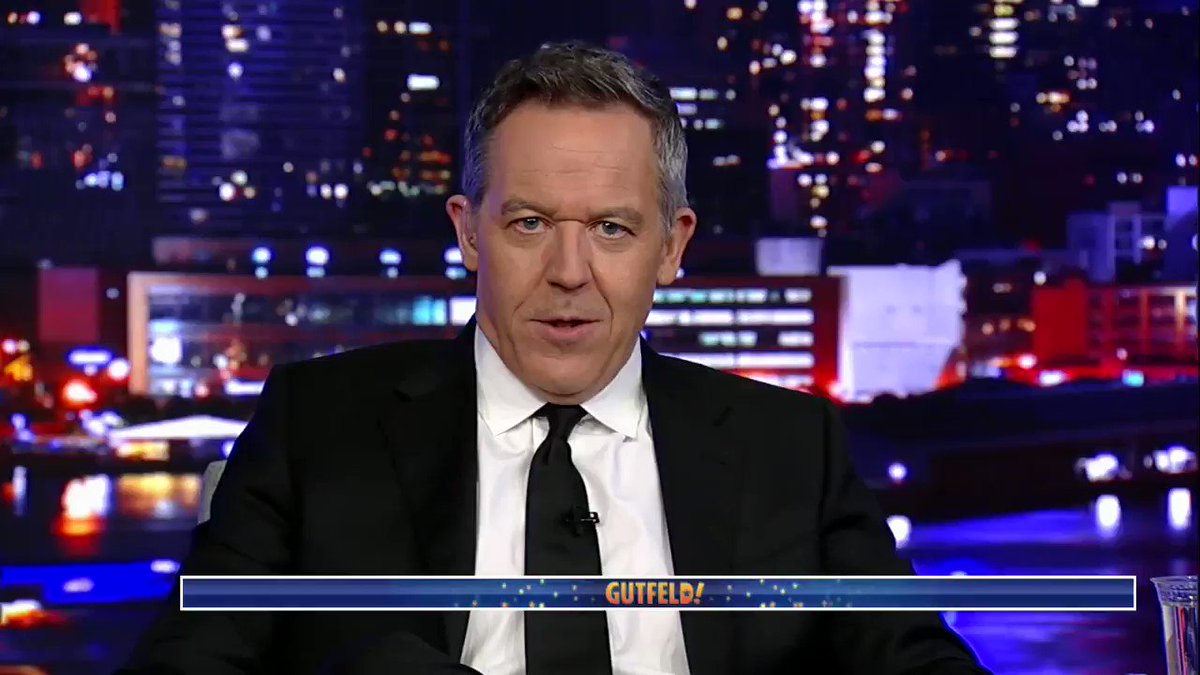 TV News HQ
@TVNewsHQ
‘GUTFELD!’ RATINGS WIN: @greggutfeld’s new Fox News show, Gutfeld!, had a strong debut Monday, topping the cable news competition at 11pm in both total viewers and the demographic of viewers age 25-54. Gutfeld! kicked off with 1.68 million total viewers, and 318,000 in the demo.

Megh Wright
@megh_wright
if you watch Gutfeld! with the framing that Gutfeld's dying wish is to be a real late night comedy host with an audience who laughs at all his jokes, so his friends got together and planned it out and worked hard to make that wish come true for him, it's actually very sweet
07 Apr, 04:07 AM UTC

@david_j_roth
A thing I'll say in defense of Gutfeld! is that they're writing jokes for angry, lonely people who long ago replaced actual human laughter with the cry-laughing emoji. Obviously it could be funnier, but the people watching it do so to infuriate people they don't talk to anymore.
07 Apr, 04:25 AM UTC

@atrupar
Night two of Gutfeld! is off to a rip roaring start 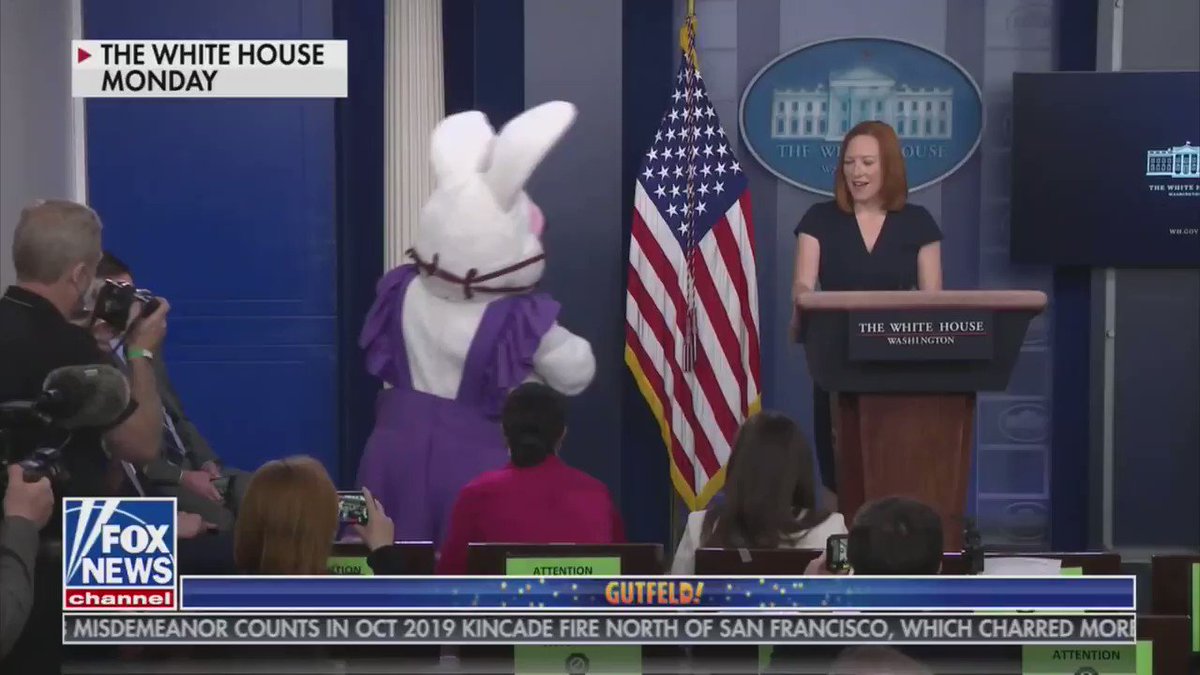 Tommy O'Connor
@tommyoconnor
Huge thank you to everyone who tuned in. Hope to see you all in the studio audience soon! https://t.co/s0nCg8Z5yX
07 Apr, 12:18 AM UTC

@CurtisHouck
When liberal comedians gang up with the anti-Fox mob at the Daily Beast to go after @GregGutfeld for comedy that's not actual jokes but venomous liberal partisanship, you know Gutfeld has struck a nerve and doing something right. https://t.co/VzC2vbTqQg
06 Apr, 11:56 PM UTC

@Gutfeldfox
She's so sharp, tacks put her on people's chairs. Host of "Sincerely, Kat" on @foxnation, @KatTimpf is here! #Gutfeld
07 Apr, 02:15 AM UTC

A.R. Moxon
@JuliusGoat
Greg Gutfeld is what happens when everyone in your orbit spends a few decades mistaking sneering for jokes.
06 Apr, 09:51 PM UTC

🕯The Rebellion🕯
@David_Beloved71
The fact that the “woke” crowd hates Greg Gutfeld’s new show tell you just how genius it is.
07 Apr, 01:25 AM UTC

TRUMP ALWAYS WINS!!!
@DavidYeshua4
Stacy Abrams needs to be sued! She has hurt a lot of Atlanta businesses!!! #Gutfeld
07 Apr, 03:11 AM UTC

Steve Mudflap McGrew’s REMASCULATE Podcast!
@REMASCULATE
I really want to like the nightly Gutfeld show. But I’m struggling.. As a standup comic with years of performing. I know comedy and good timing. Both are missing Imho.
07 Apr, 03:40 AM UTC

Michael Pielocik
@michaelpielocik
ok we get one week of everyone on here sharing every joke from Gutfeld and then we have to stop
07 Apr, 01:25 PM UTC

Rob Wesley
@eastwes
Thinking about the phrase "tickets to a Gutfeld! taping". Just exploring the space in my mind, imagining the reaction of someone who was given them as a gift.
07 Apr, 01:29 PM UTC

Chris
@Cshifty
@kentonlarsen That joke is so old and lame that Gutfeld will only use it 3 times this week.
07 Apr, 01:27 PM UTC

Lucy Steigerwald
@LucyStag
Ok, when I remembered that Gutfeld was only amusing late at night, I didn't think the monkey's paw would be this enthusiastic. https://t.co/EztGHo1yiJ
07 Apr, 01:24 PM UTC

The Good Heron
@TheGoodHeron
@drmistercody @Gutfeldfox "People in the media who are trying to scare us"? Lol. The modern Republican party seems to be that of white-knuckle-pearl-clutchers and perpetual players of the victim card. Keep it up, Cody! You are infinitely funnier than Gutfeld 😂
07 Apr, 01:29 PM UTC