Hightower is trending on Twitter. Popular tweets on Hightower.

@MikeReiss
Hi to High: Patriots teammates have naturally been happy to see Dont’a Hightower back at Gillette Stadium in recent days. Hightower had opted out in ‘20 and has not been on the field for voluntary OTAs. A chance that changes today, but nonetheless, teammates note his presence.
10 Jun, 12:35 PM UTC

@jeffphowe
Dont’a Hightower, looking lean, made his debut at practice today and was the playcaller in the middle of the defense. First chance to get a look at Hightower, Kyle Van Noy, Matt Judon and Josh Uche on the field together.
10 Jun, 04:41 PM UTC

@DougKyed
Patriots LB Dont'a Hightower has returned to practice. Hightower has been participating in virtual meetings. Bill Belichick said earlier this offseason that he expected the Patriots players who were skipping OTAs to play this season. https://t.co/dpk4qxlXiH
10 Jun, 03:17 PM UTC

Pats Buzz
@PatsBuzz
With Dont’a Hightower officially back at practice we can expect to see more plays like this in the 2021 season 👀 https://t.co/xaQeaN8Lcy
10 Jun, 03:39 PM UTC

@MikeReiss
Boom! Dont’a Hightower back at practice one of the top storylines from Thursday’s voluntary OTA. https://t.co/ccIMi6q7tp
10 Jun, 04:43 PM UTC

Keagan Stiefel
@KeaganStiefel
The potential of the #Patriots defense is absurd. With the core group of Gilmore, Jackson, Jones, McCourty, Dugger, Mills, Hightower, KVN, Uche, Judon, Wino, Guy, Godchaux, Anderson, Wise, and Barmore, they can do anything they want at any time. An extremely well built unit.
10 Jun, 03:58 PM UTC

@DougKyed
Patriots LB Dont'a Hightower was heavily involved in his first practice since 2019. Looked like his old self, spry and didn't take many reps off.
10 Jun, 04:42 PM UTC

@MikeGiardi
We got our first look at Dont’a Hightower. Jumped right back in with the ones. From my vantage point, he looks like he’s slimmed down. #Patriots
10 Jun, 04:51 PM UTC

@RyanHannable
Dont’a Hightower returned and participated in full. Looked like he slimmed down a little during his opt out year.
10 Jun, 04:45 PM UTC

@MarkDanielsPJ
The Patriots defense is going to be fun to watch this season. With Matt Judon, Dont’a Hightower, Kyle Van Noy and Josh Uche on the field, it’s going to be chaos for QBs
10 Jun, 04:59 PM UTC 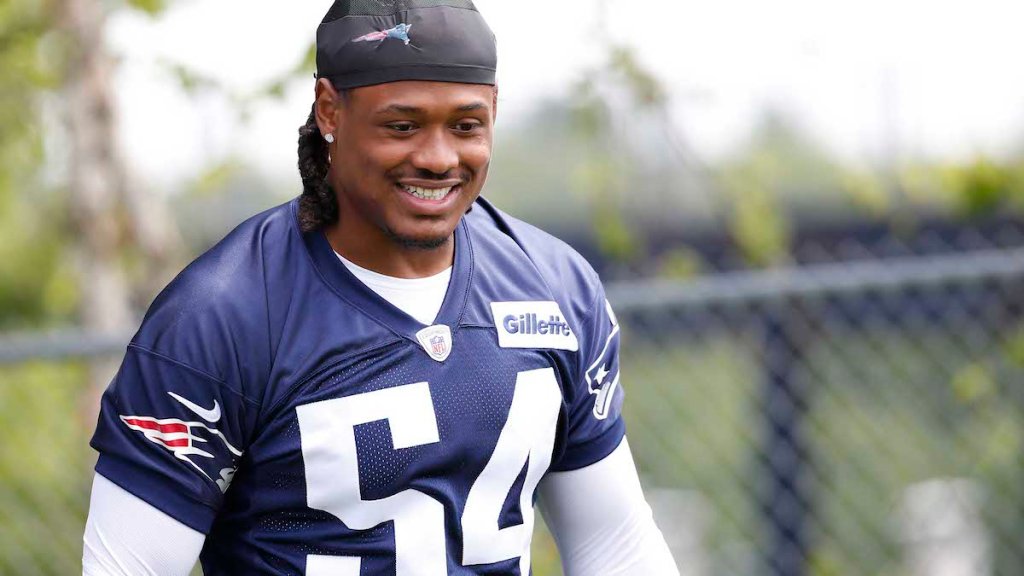 Nick Coit
@NCoitABC6
WATCH: Dont'a Hightower on the field for #Patriots OTAs Thursday. Talking with Bill Belichick, going through drills & working with other veterans that made an appearance in the LB & defensive group (Van Noy, Judon, McCourty among others) @ABC6 https://t.co/pkxaqR7arr
10 Jun, 04:51 PM UTC

DONATE TO @PATSCAP
@DickRoach8
@jeffphowe But @SpikeKing76 said Hightower was retiring? Are you sure it’s him out there???
10 Jun, 04:55 PM UTC

137-25 is still on the table
@DanielCraft1
@jeffphowe @SpikeKing76 I could really use a home Hightower jersey to go with my white Hightower one. Just waiting for your announcement on the giveaway.
10 Jun, 04:48 PM UTC

Courtnie
@_courtniepro
Hightower was back on the field today and I’ve never been so happy about something.
10 Jun, 04:58 PM UTC

Rachel Anastasia
@RaVaughan14
Having Hightower and Van Noy back together...... I honestly might cry, I'm so happy https://t.co/YeGXqIhpXi
10 Jun, 04:56 PM UTC

Khari Thompson
@kdthompson5
A ton of veterans were back today, giving the team more of a complete squad feeling (sans Newton and a few others, of course). Dont’a Hightower was back and eased his way in. Devin McCourty, Damien Harris, Davon Godchaux, and a few others returned too.
10 Jun, 04:56 PM UTC