Larry the Cat
@Number10cat
Next time you encounter anyone saying that asylum seekers need to use the legal routes to come to the UK, please show them this video of the Home Secretary confirming there aren’t legal routes: https://t.co/T4vdUNhRfQ
23 Nov, 01:58 PM UTC

@BBCPolitics
What is the safe and legal route for a 16-year-old orphan escaping an African warzone to join their sibling who is legally in the UK? Home Secretary Suella Braverman struggles to answer Tory MP Tim Loughton https://t.co/G7Wbp5Cb7M 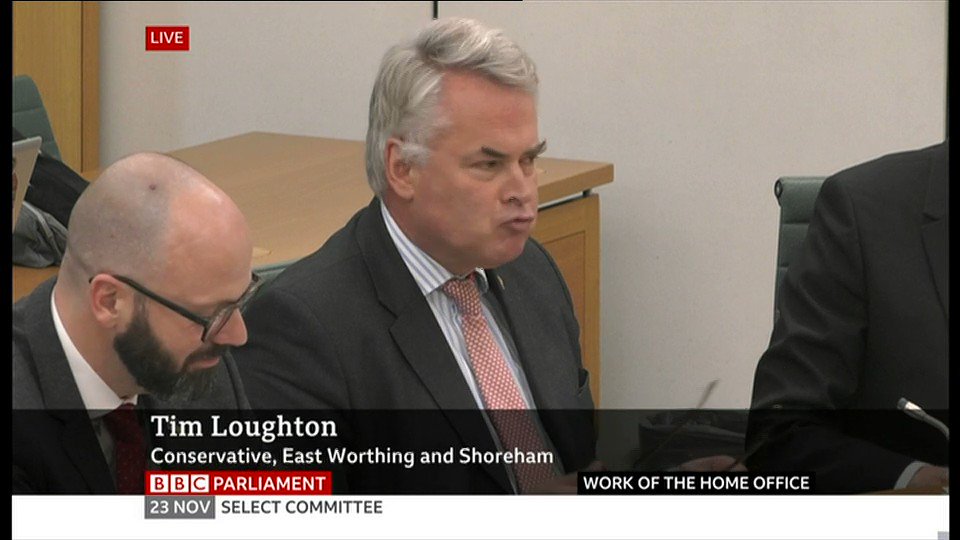 @YvetteCooperMP
Suella Braverman’s evidence to @CommonsHomeAffs today shows she has no grip on serious Home Office issues. From asylum backlog to passport delays to child refugees, she has no idea what’s going on or how to solve it. 6th Tory Home Secretary in 7yrs & country is being let down/1
23 Nov, 06:31 PM UTC

@jessphillips
Clearly the Home Secretary doesn't understand the system she is in charge of. To the point where here she pretty much says the only way is illegal route which she almost encourages here. It has been stark of late how little Home Office ministers know about their department https://t.co/FgR5fx0QZO
23 Nov, 03:13 PM UTC

@Anna_Soubry
If you weren’t sure @SuellaBraverman is unfit to hold any national office never mind Home Secretary - take a look at this clip ⬇️ it will leave you in no doubt. https://t.co/u2m29jsNhk
23 Nov, 09:04 PM UTC

@Channel4News
“I’m a 16-year-old orphan from an East African country escaping a warzone and religious persecution... What is the safe and legal route for me?" Conservative MP Tim Loughton asks Home Secretary Suella Braverman to explain how a refugee could reach the UK to claim asylum. 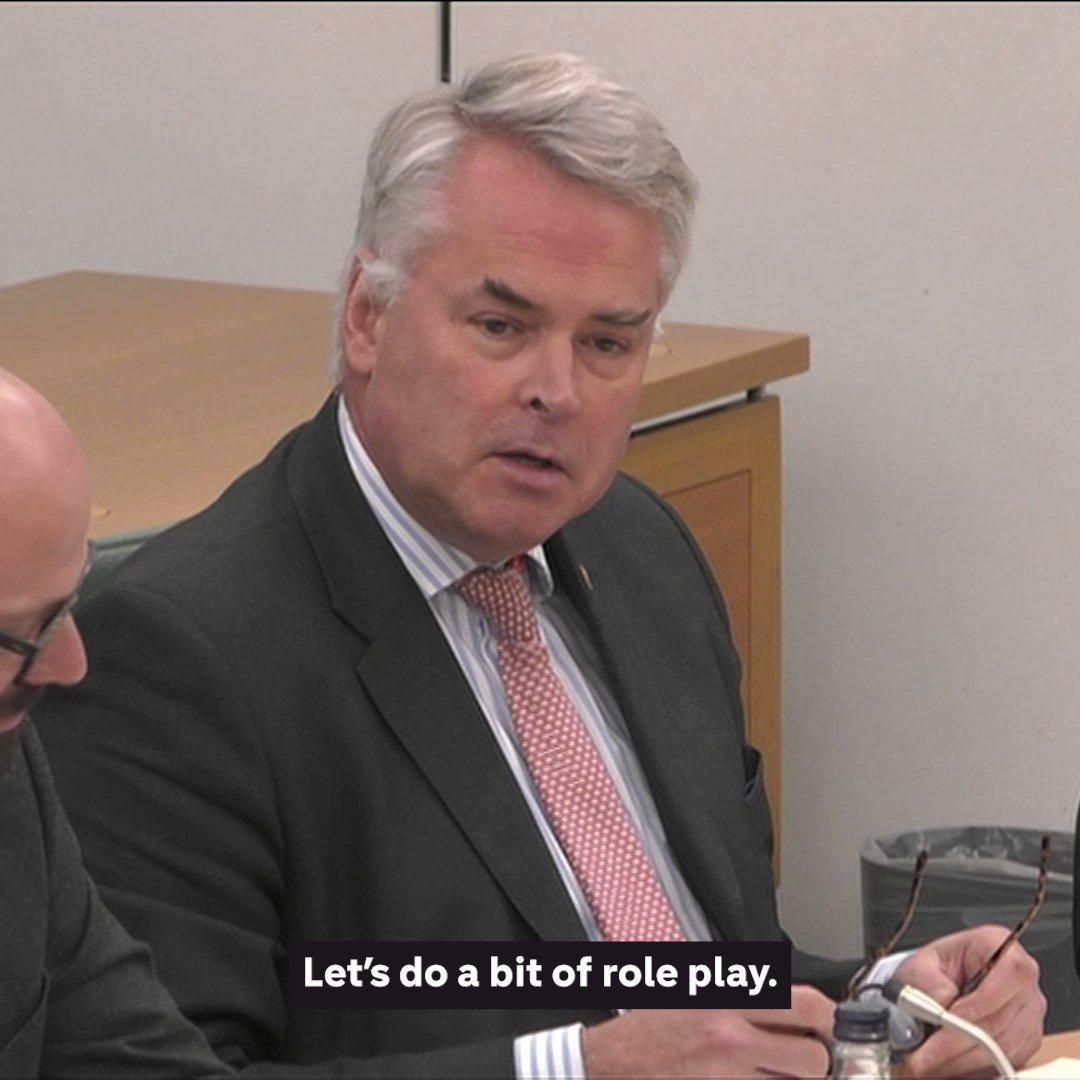 @PaulaBarkerMP
THREAD: Earlier today @CommonsHomeAffs I had the opportunity to question the Home Secretary on their handling of people seeking asylum in response to the crisis at Manston Her responses were....interesting.
23 Nov, 04:24 PM UTC

@lewis_goodall
Home Secretary asked repeatedly to provide account of what the safe and legal routes for asylum are outside of the defined schemes for particular countries. She can’t answer. Because for many places there aren’t any. 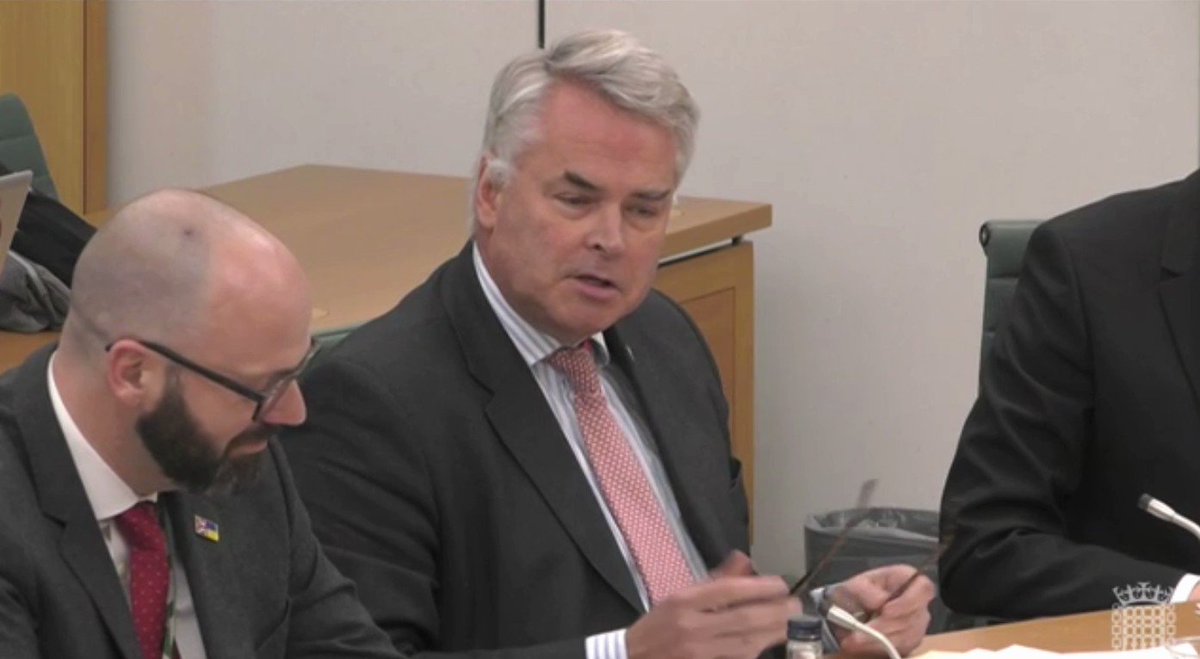 @YvetteCooperMP
And a Home Secretary who clearly has no clue about how current asylum system actually works or risks of lone child refugees making dangerous journeys to rejoin relatives since Government failed to establish a replacement for the Dublin Agreement on family reunion and returns/7 https://t.co/eZsPLBG7dP
23 Nov, 06:33 PM UTC

@MatthewStadlen
@MirrorPolitics Suella Braverman, I'm afraid, is not just nasty in her attitude to asylum seekers but also completely and demonstrably out of her depth. The sooner she is no longer Home Secretary (again) the better.
23 Nov, 06:16 PM UTC

@YvetteCooperMP
Add to this chaos the falling numbers of neighbourhood police, falling levels of prosecutions, falling confidence in policing.... This is a Conservative Home Office in special measures & a Conservative Home Secretary who has no clue & no grip. The country is being let down/8
23 Nov, 06:33 PM UTC

@PaulaBarkerMP
I questioned her on the fact that I had received 24hr notice of the establishment of a new hotel for people seeking asylum in my constituency. The hotel in question doesn't exist. The Home Secretary responded that the matter was "concerning". 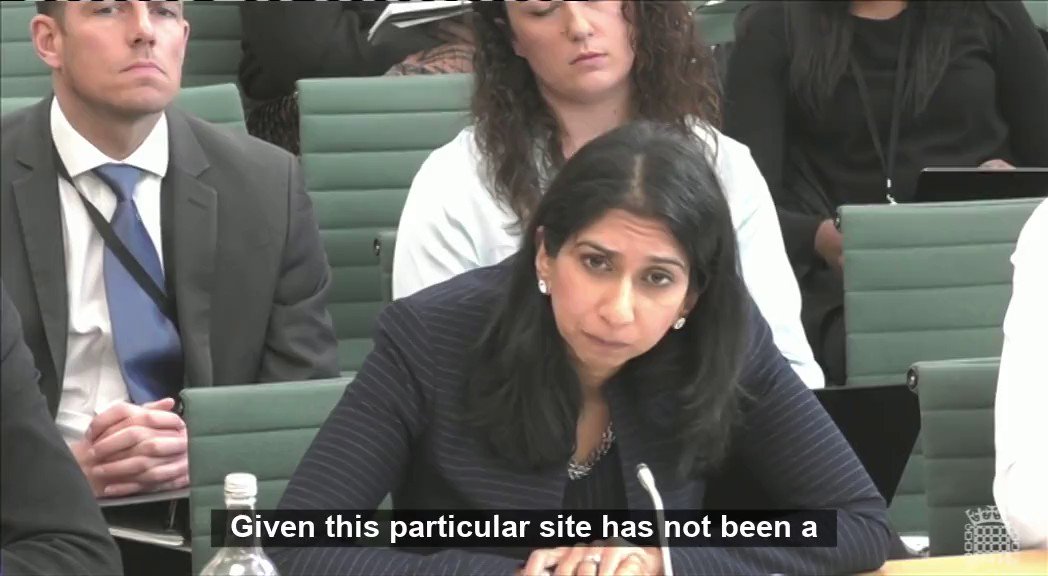 @YvetteCooperMP
On unworkable & unethical Rwanda plan - confirmation that £140m has now been spent. On what? Even Home Secretary has admitted it is “failing” And Permanent Secretary unsurprisingly confirming Home Office has no evidence scheme is value for money/6
23 Nov, 06:33 PM UTC

@YvetteCooperMP
Evidence session a catalogue of failure After 12 years in power Conservative Home Secretary says Conservatives have “failed to control our borders.” And still no action on criminal smuggler gangs putting lives at risk. Just ramping up rhetoric instead of hard work to solve it/2 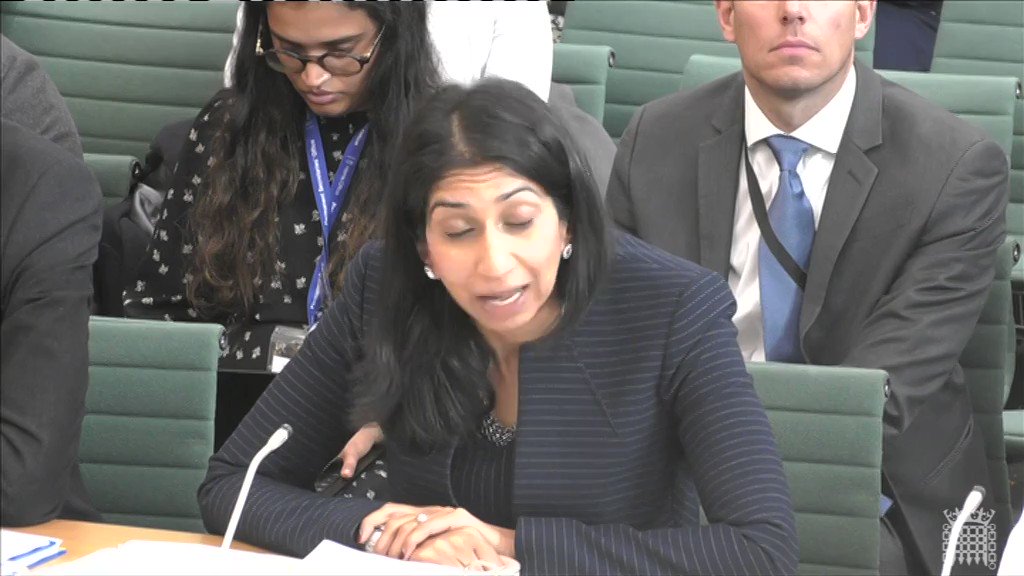 Rodka
@OhBrokenBritain
With 'Legal Eagle' Suella Braverman as home secretary, and with all the powers of her legal advisors, I cannot understand why she hasn't legislated for the British people and against illegal immigration @SuellaBraverman @RishiSunak @TiceRichard
23 Nov, 03:52 PM UTC 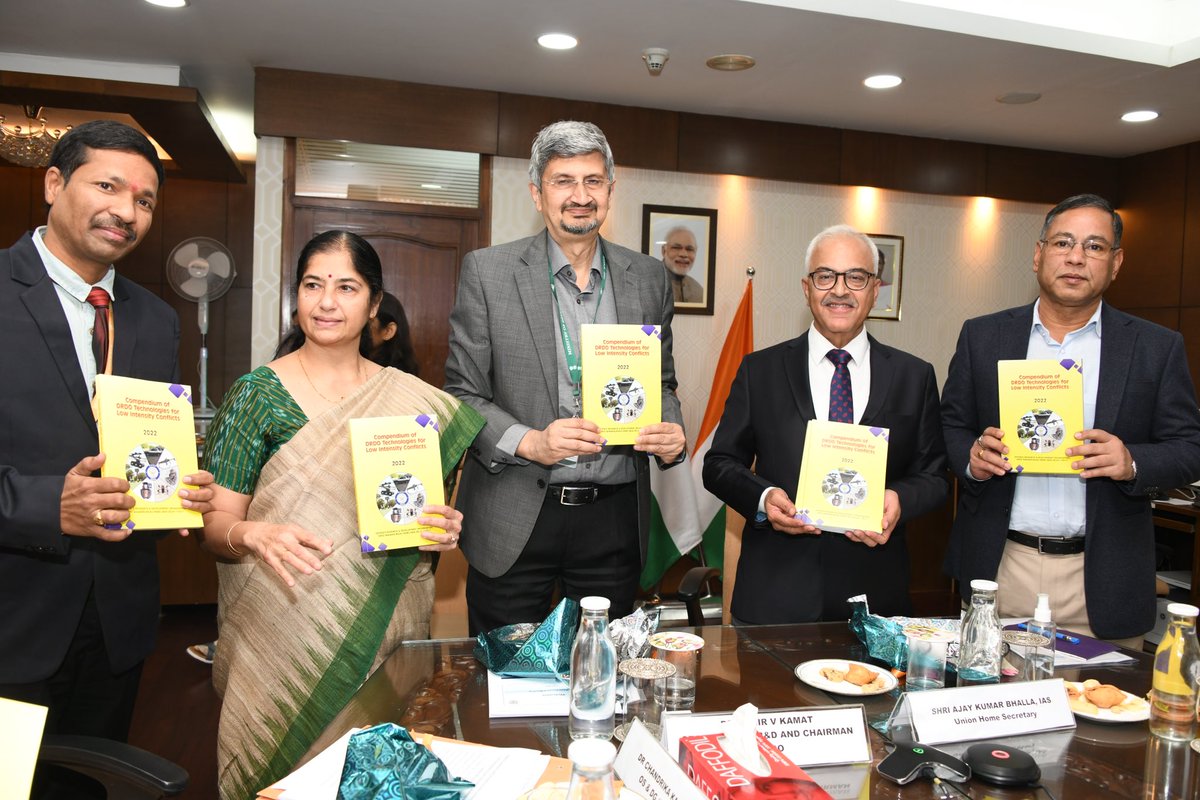 National conservative ✝ 🏴󠁧󠁢󠁥󠁮󠁧󠁿🇬🇧 No DM's
@yorkspride
It's quite astonishing for a Home Secretary to admit the govt has lost control of our borders. It's gross incompetence and negligent not to have a plan to take back control.
23 Nov, 05:42 PM UTC

@SimonJonesNews
The Home Secretary describes the number of people crossing the Channel as a 'crisis', but says there is no quick fix.
23 Nov, 11:25 AM UTC

@stand_for_all
Problem isn't that the Home Secretary doesn't know these things per se. It is that she hasn't listened to the myriad of voices which have been saying them. Anyone else who failed to understand the basics of their job this spectacularly would be fired 1/ https://t.co/LLGhTOZRkU
23 Nov, 05:45 PM UTC

@refugeecouncil
Ever wondered why people seeking asylum risk their lives on dangerous journeys over the Channel? It’s the lack of alternative and safe routes – as MP @timloughton's question to the Home Secretary underlined so clearly at the @CommonsHomeAffs. 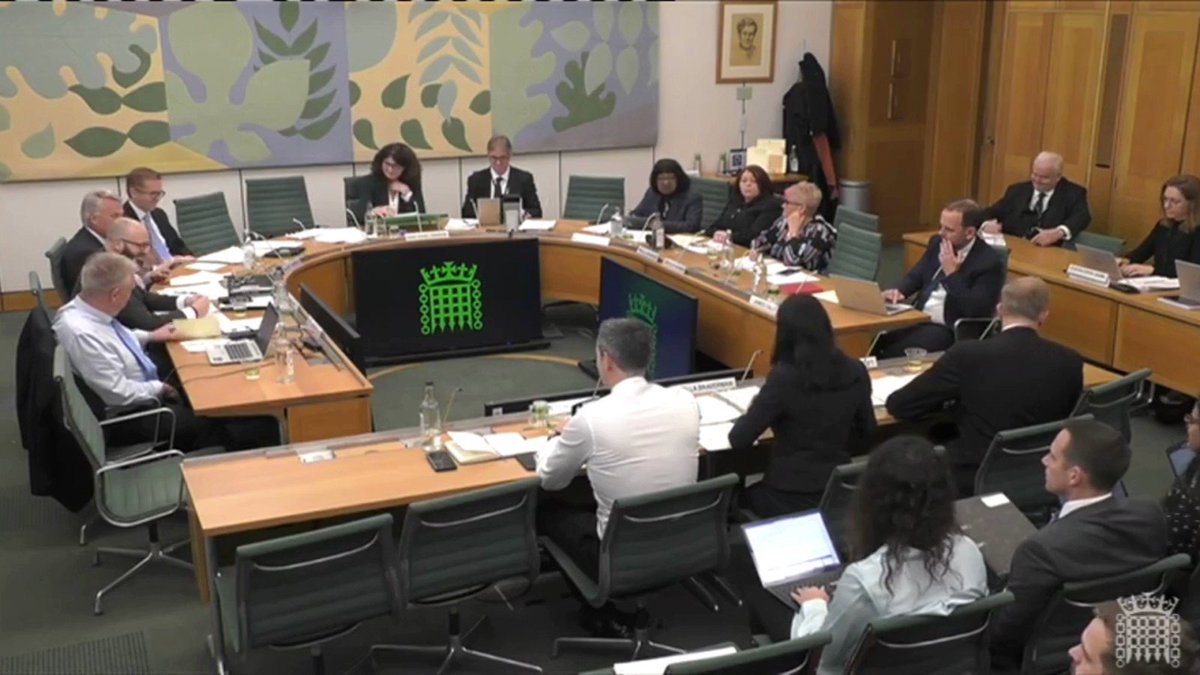 Chirpy Chet
@ChirpyChet
Thursday 24th November is #ToriesOut140 Suella Braverman has been exposed for the inept Home Secretary that she is & the cruel lack of safe & legal routes for most asylum seekers. Meanwhile Tory Peer Mone pocketed £29m on that VIP lane PPE, links with which she previously denied https://t.co/aUpHGdvRSz
24 Nov, 12:00 AM UTC

@MirrorPolitics
The Home Secretary was left floundering as one Tory MP asked: "How could I arrive in the UK if I didn’t have permission to get onto an aircraft legally to arrive in the UK?” 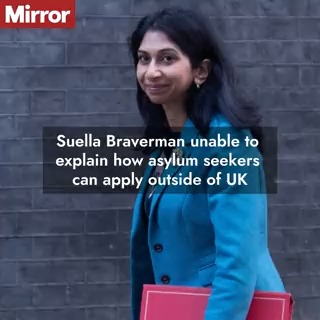 Ben
@Bennyjj81
So a Home Secretary with no idea, a Deputy PM with dozens of bullying complaints, Peers with dodgy PPE deals & a PM with absolutely no mandate and here's 'sniff sniff' himself Michael Gove lying through his fucking teeth about anything & everything. #kayburley #bbcbreakfast #GMB
24 Nov, 07:41 AM UTC

Zoe Gardner
@ZoeJardiniere
Yesterday, the Home Secretary admitted that a refugee, even a child, even if they had a sibling living in the UK, would have no safe route to claim asylum here. We have created the deadly system of Channel crossings. #r4today https://t.co/3EYhH6hE3O
24 Nov, 08:14 AM UTC

@GMB
'The fundamental problem with Suella Braverman is that our boarders are in an utter mess.' @Jacqui_Smith1 shares her views on the Home Secretary, Suella Braverman struggling to answer questions on the legal routes for asylum seekers. 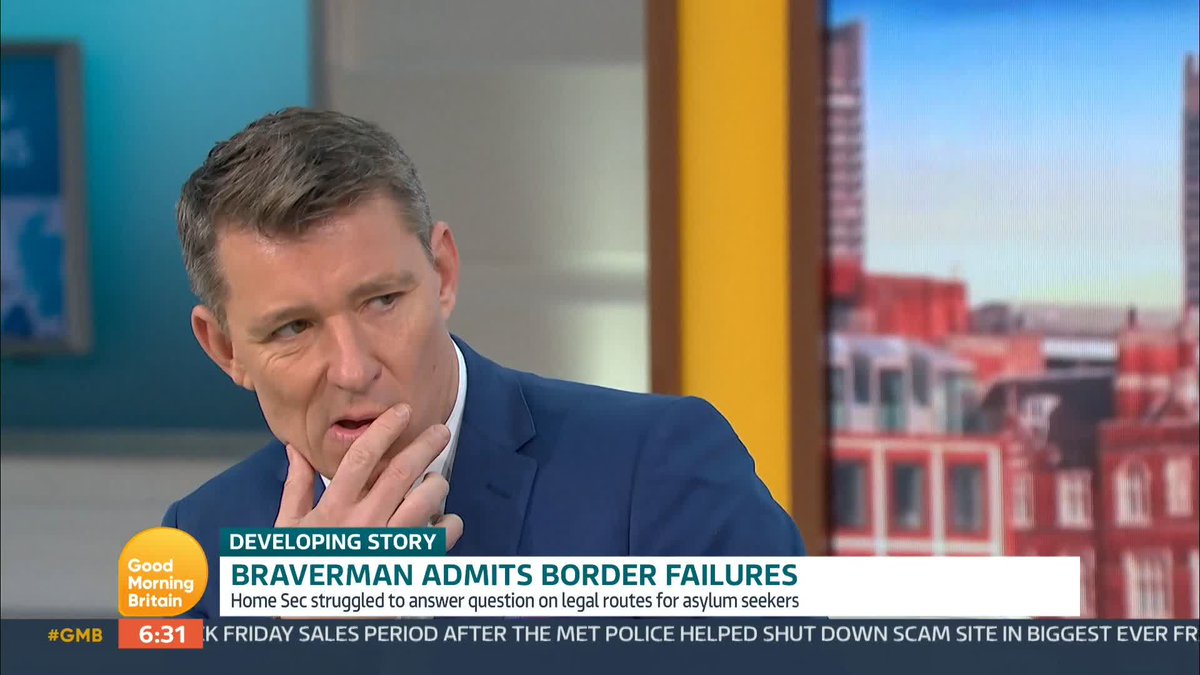 @itvnews
Suella Braverman said it was "not true" that she had ignored legal advice around the centre and blamed illegal immigrants for the crisis. https://t.co/R2EXagTBA5
23 Nov, 12:20 PM UTC