Hungary is trending on Twitter. Popular tweets on Hungary. 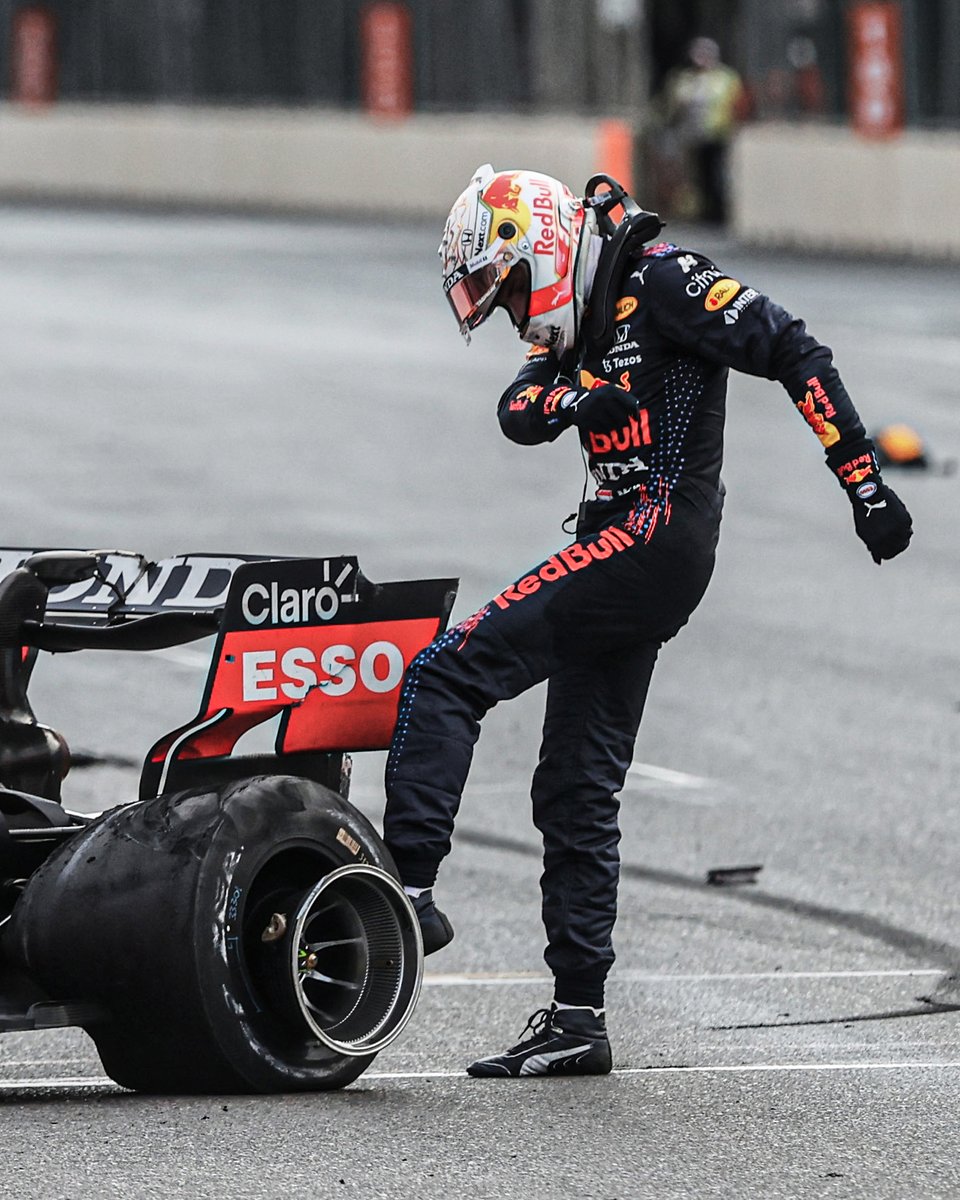 @anneapplebaum
In Orban's Hungary, +90% of media is controlled by the ruling party. Businesses are physically and legally harassed if they don't toe the party line (or if someone wants them, cheap). Elections are manipulated. Party leaders are mysteriously rich. A model for Fox? https://t.co/pAVK5Ug9Yp
03 Aug, 10:56 AM UTC 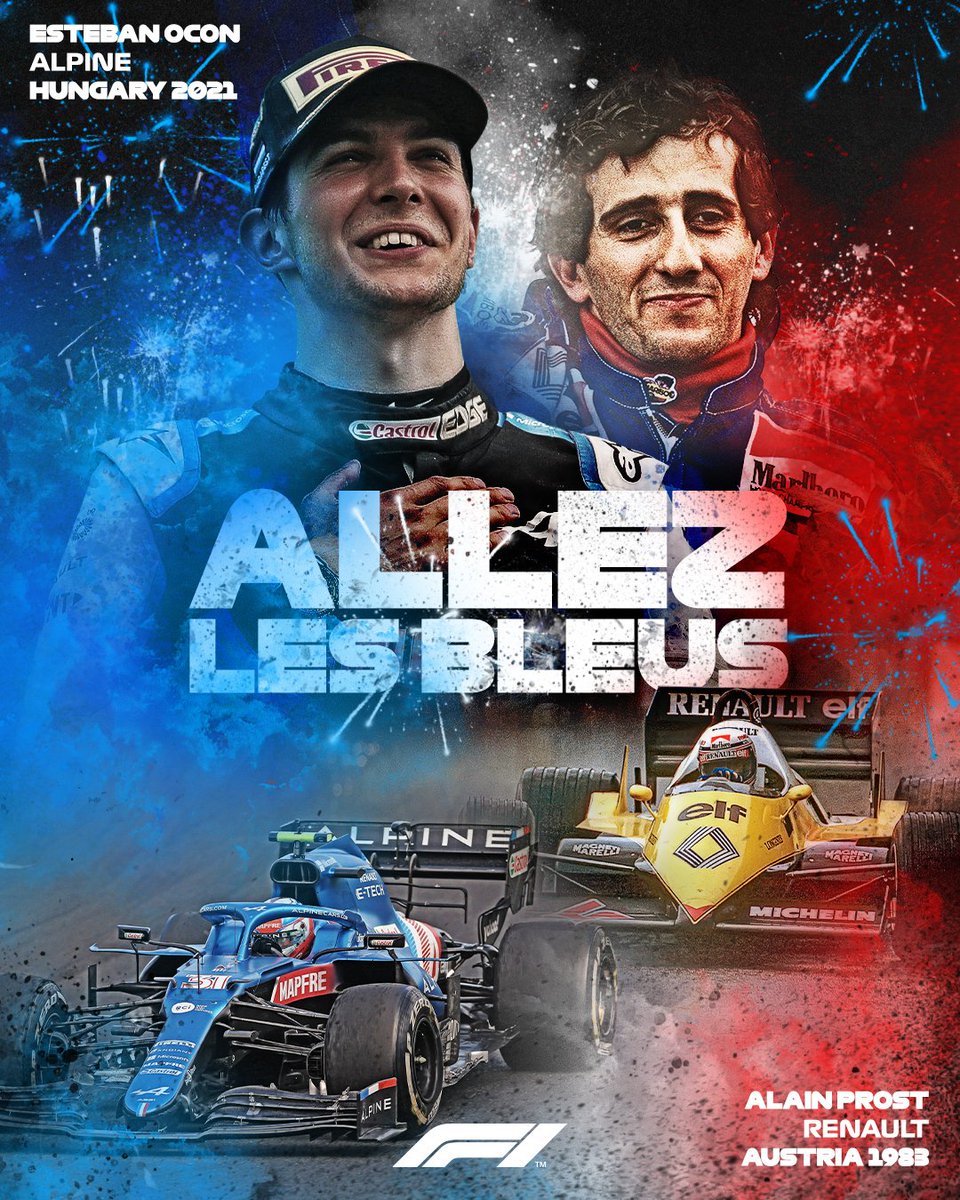 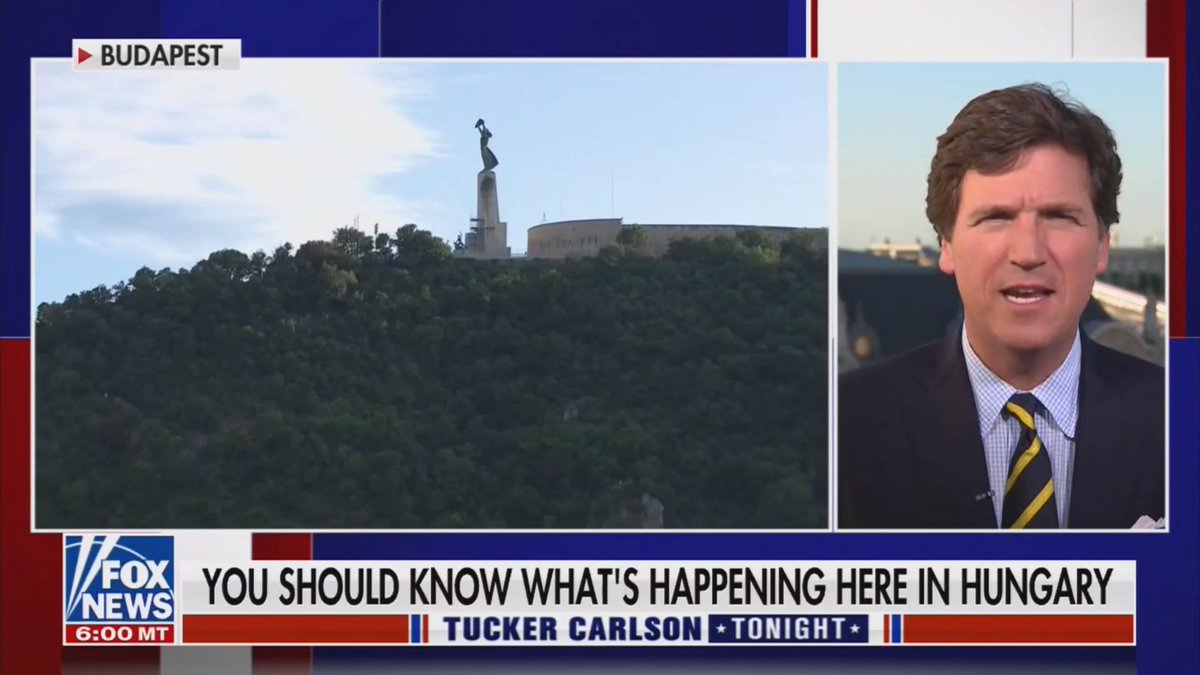 @HC_Richardson
Three years ago, @zackbeauchamp outlined how Hungary lost democracy and noted that Trump and the Republican Party were using the same playbook. Chilling tonight, as Carlson broadcasts from Hungary. https://t.co/Ueo58RnBZ8
03 Aug, 03:11 AM UTC

@redbullracing
Hustling half a car around Hungary ⚔️ #ChargeOn 🤘 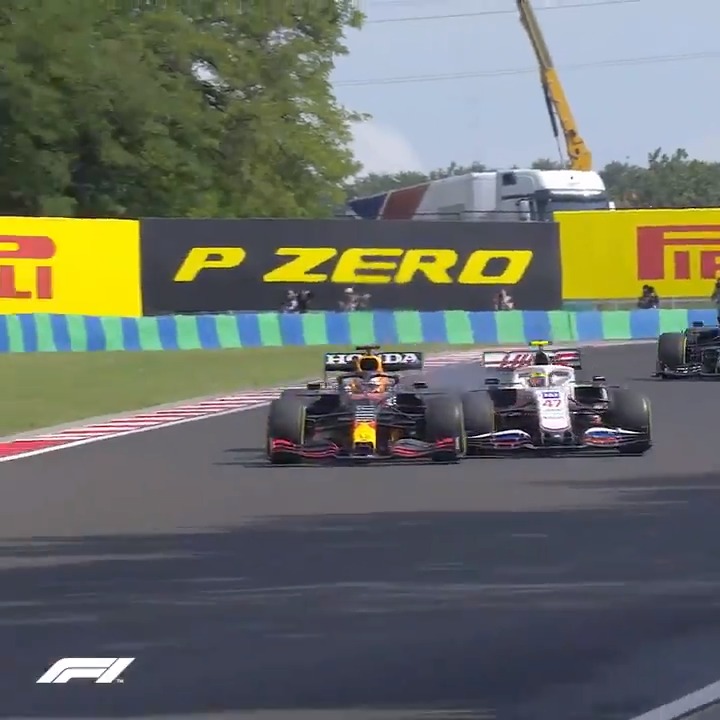 @MeidasTouch
Tucker Carlson is in Hungary this week meeting with their authoritarian leader. This cannot be ignored. https://t.co/GGDdFcBGr0
03 Aug, 07:12 PM UTC

Jason Stanley
@jasonintrator
The US has the best university system in the world. Many on the right would love to see it destroyed. Orban drove the best university in Hungary out of the country. This is something widely admired on the US right.
03 Aug, 11:57 AM UTC

@ggreenwald
Journalistic armies of Hungary experts had been hiding in our midst, humbly concealing their deep knowledge, and all decided at once to reveal their deep interest today.
03 Aug, 08:25 PM UTC

@Amy_Siskind
The authoritarian leader and the far-right of Hungary needs tips on propaganda -- we export our national disgrace, Tucker Carlson. https://t.co/BFUCF6CtpX
03 Aug, 03:08 AM UTC

@davidfrum
It's kind of funny that Orban is so admired by so many Americans obsessed with the Clinton Foundation - because corrupt foundations have been one of Orban's favorite means for grabbing control of other people's assets. https://t.co/Pva7bqfFrK

Pedro L. Gonzalez
@emeriticus
Two types of elites: illiberal Hungary codifies the distinction between man and woman while the liberal United States will take your kids away and castrate them if after watching a trans kids show on PBS your boy decides he's a girl and you refuse to allow them to transition
03 Aug, 08:02 PM UTC

@pbump
Why you should be concerned about Tucker Carlson spending a week sanitizing the autocratic regime in Hungary. https://t.co/QJwy1uQFxk
03 Aug, 03:23 PM UTC

Pedro L. Gonzalez
@emeriticus
In liberal democracy power is even more concentrated and repressive than in illiberal Hungary but it's in the hands of virtue signaling oligarchs and woke apparatchiks so it's fine✊🏿🌈🥳 https://t.co/x5Hf2sykLI https://t.co/xvu9pcsEBP
03 Aug, 07:47 PM UTC

David Roberts
@drvolts
If you're a conservative, or a conservative apologist, please tell me, what is the *benign* interpretation of Tucker Carlson playing footsie with Orban? https://t.co/VhNSBRicwV
03 Aug, 08:01 PM UTC

YOYA GREY |NSFW| ⭐️TOP 1% OnlyFans ⭐️
@YoyaGrey
View from my favorite #viewpoint in #Hungary near #Budapest on my way back to #Montenegro 😈 https://t.co/ryyNMETO5J
02 Aug, 11:52 PM UTC

Alexei Arora
@AlexeiArora
US Liberal journos are mad at Hungary not because of "falling standards of democracy" (which btw are perfectly fine as Orbán often conducts referendums) They are mad because Hungarians know Democracy =/= Liberalism. Hungarians choose not to have the same degenerate views as them
03 Aug, 07:13 PM UTC

Jason Stanley
@jasonintrator
Here’s an idea for the American right: don’t hold up Hungary as a model. You might save some dignity.
03 Aug, 09:52 PM UTC

@20committee
If last week you didn't know what Trianon, NYKP, AVH, Fidesz, and Őszödi beszéd meant without Googling them, I'm not interested in your deep Twitter insights into Hungary now, thanks.
03 Aug, 09:43 PM UTC

Jason Stanley
@jasonintrator
Tonight at 7:45 I will be on @MehdiHasanShow with my friend, the brilliant and essential @ruthbenghiat, speaking with @mehdirhasan about Hungary, Carlson, and the fascist international that has formed in recent years.
03 Aug, 09:49 PM UTC

Rex Zane
@rexzane1
Actually, I think people might be misinterpreting the purpose of Tucker Carlson's meeting with the dictator of Hungary. Tucker is going to be giving a lecture on how to make state-owned propaganda media even more effective.
03 Aug, 02:04 PM UTC

Mela Storm #Resistance! NO SURRENDER
@StormMela
Tucker Carlson to Speak at Far-Right Conference in Hungary After Meeting With Orban https://t.co/OOIifZQXfH via @thedailybeast Can we please investigate this meatpuppet for acting as an undeclared foreign agent?
03 Aug, 04:27 PM UTC

Julius Penrose
@penrose_julius
@SteveSchmidtSES Wow, Hungary joined Nazis out of the blue? There wasn’t some other evil world power trying to take over their country? One situated to the east, perhaps? Hey, remind me who was in charge of Russia at the time.
03 Aug, 09:55 PM UTC