@hasanthehun
the united states has caused significantly more terror worldwide than the taliban and hamas combined. this shouldn't even be a controversial statement, since it's a fact and yet the democrats chose to pile on ilhan omar for even asking for accountability. some democracy we are.
10 Jun, 08:40 PM UTC

beth miller #SaveSheikhJarrah
@bethavemiller
Imagine if we lived in a world where the headline was: "Member of Congress demands answers from State Department for victims of war crimes" https://t.co/WWJt1DrENb
10 Jun, 01:59 PM UTC 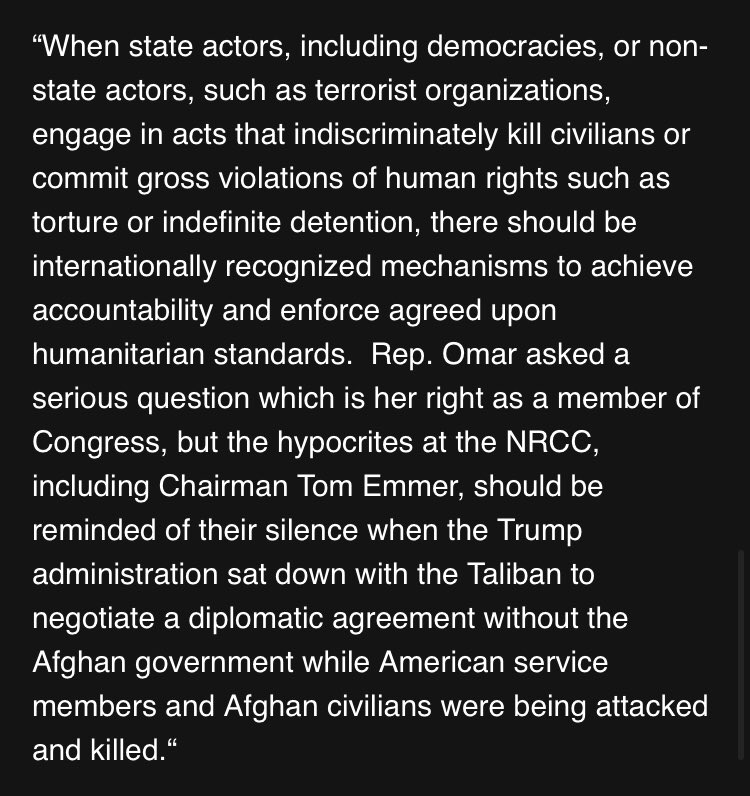 @RepLeeZeldin
Ilhan Omar must be removed from the House Foreign Affairs Committee. She should have never been appointed to this Committee in the first place. https://t.co/NCOuJkhdq6
10 Jun, 03:19 AM UTC

@nkulw
The reason they are trying to stick it to Ilhan Omar like this is because they know how dangerous it is once people who hold elected office speak frankly about how the atrocities that our government enables.
10 Jun, 06:31 PM UTC

@mehdirhasan
"There are a lot of killers. What? You think our country's so innocent... Take a look at what we've done too." - Donald Trump, Feb 2017 Dear Republicans ginning up faux outrage over Ilhan Omar pointing out the ICC is investigating war crimes by the U.S. & Israel, pls watch this: 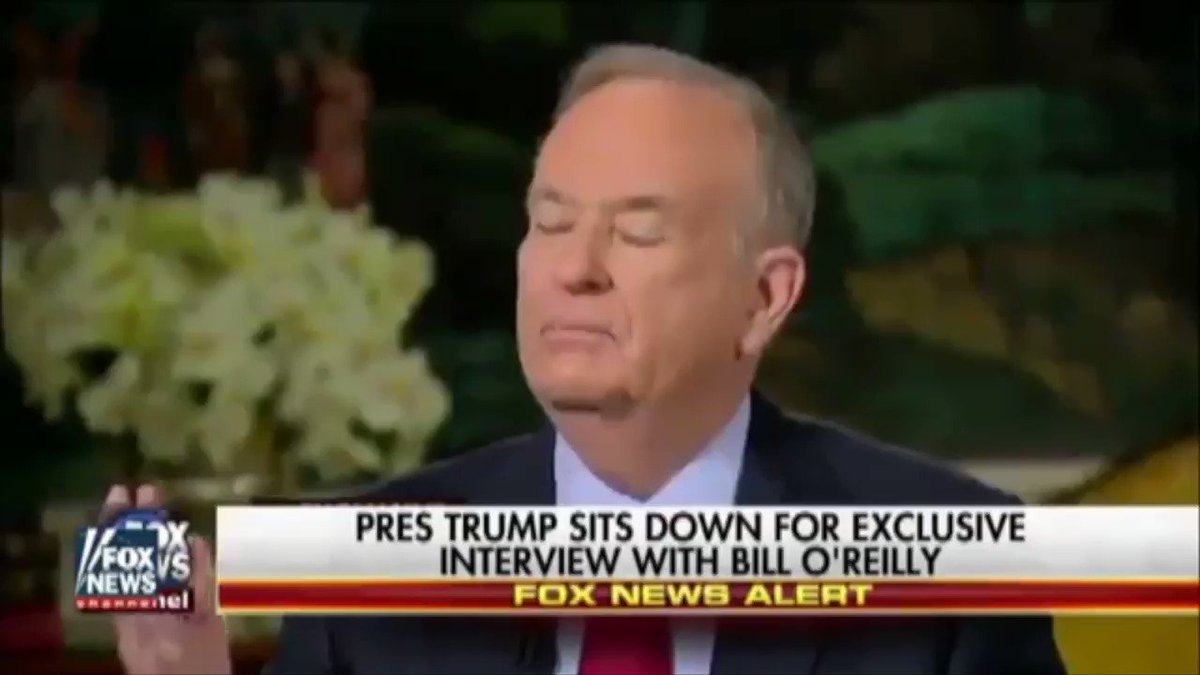 keyvan (کیوان)
@islamphobiacow
it's so demented when you realize the republicans stood up more forcefully for Marjorie Taylor Greene than democrats have for Ilhan Omar
10 Jun, 06:59 PM UTC

@mehdirhasan
Let's say Ilhan Omar had 'equated' the U.S. and Hamas - she didn't! - but, from a GOP point of view, so what? Aren't they the party of free speech and the right to offend? Don't they hate PC 'snowflakes'? And 'cancel culture'? Ah, the hypocrisy, the sheer hypocrisy...
10 Jun, 04:28 PM UTC

@justicedems
While Ilhan Omar fights relentlessly for human rights, members of Congress in both parties amplify far-right hate and faux outrage that put the safety of Rep. Omar and her staff at risk, just to appease foreign policy hawks. We stand with @IlhanMN. 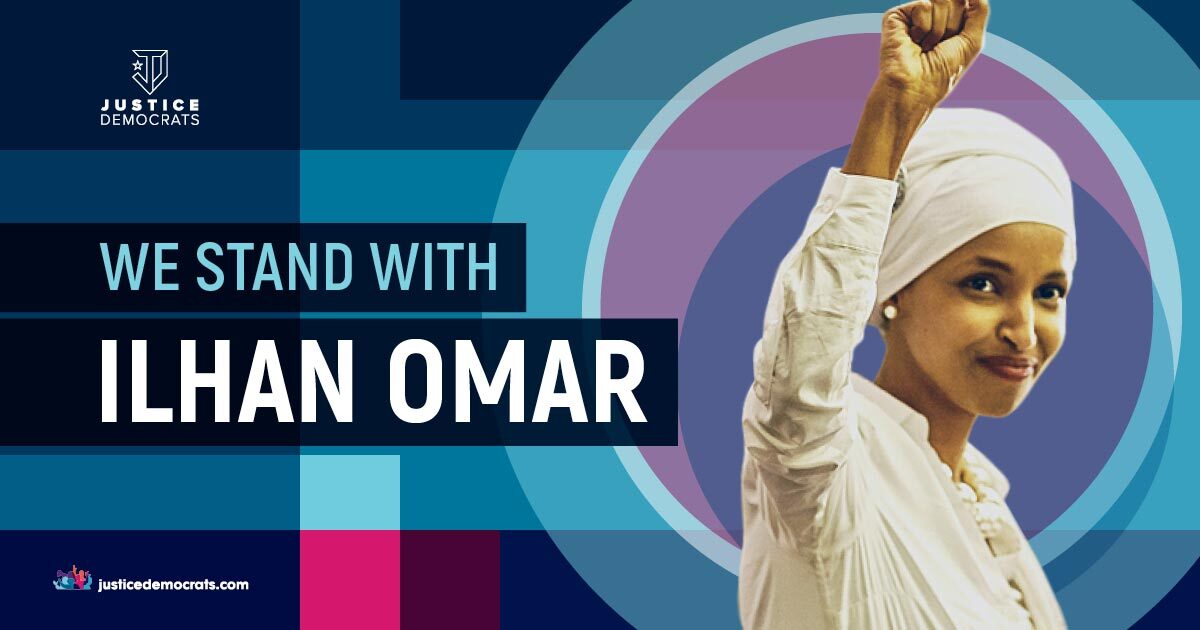 @kthalps
This clip of me explaining that Ilhan Omar isn't an anti-semite & that calling her that perpetuates an anti-semitic trope conflating being Jewish with supporting Israel is from over 2 years ago. Sadly, it's as relevant today as it was then. #IstandwithIlhan https://t.co/6MGQX35HBK
10 Jun, 05:18 PM UTC

@aidachavez
Congressional Progressive Caucus comes out in support of Rep. Ilhan Omar: "We urge our colleagues not to abet or amplify such divisive and bad-faith tactics," @PramilaJayapal says. 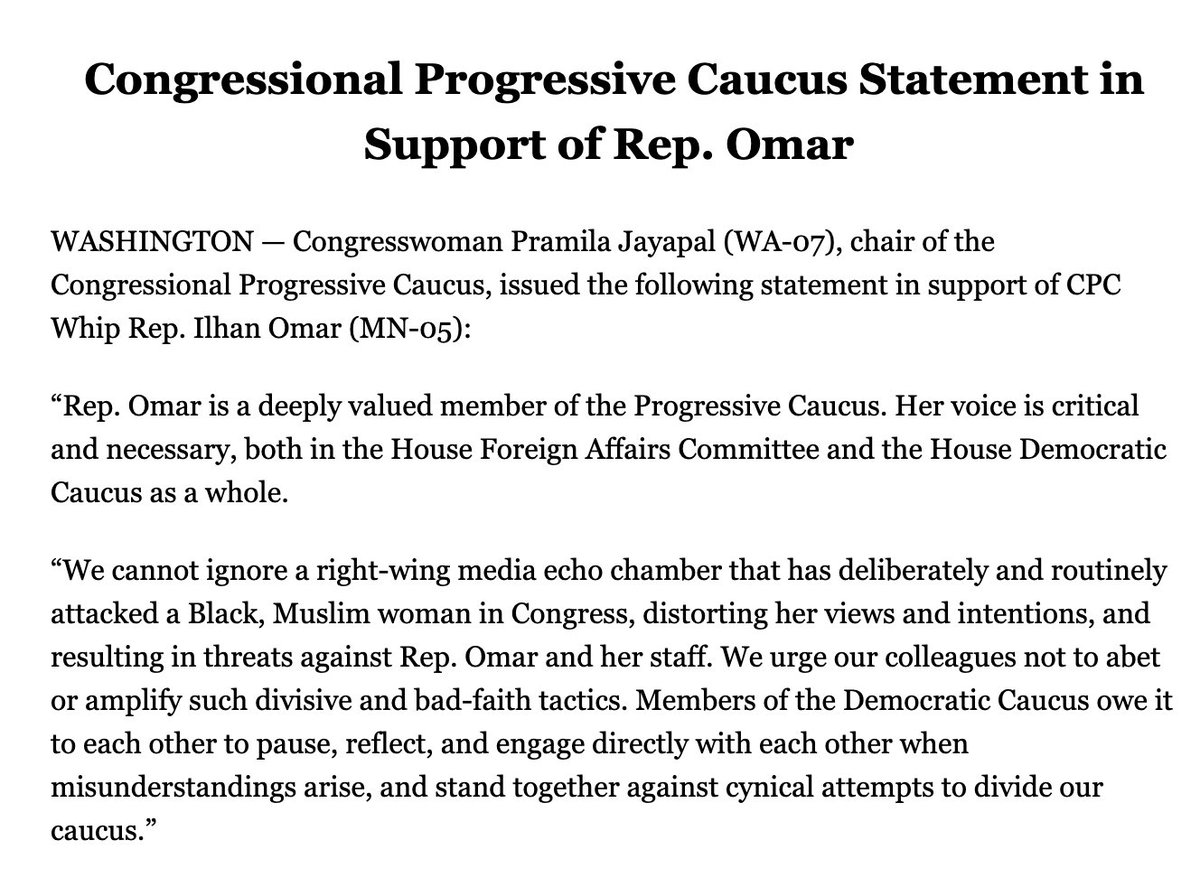 StanceGrounded
@_SJPeace_
It’s BLACK LIVES MATTER till the black person is a Muslim This woman’s life is in danger because of white liberals and conservatives alike What has she done? Called out the U.S military industrial complex for its contribution to crimes against humanity! I STAND WITH ILHAN OMAR 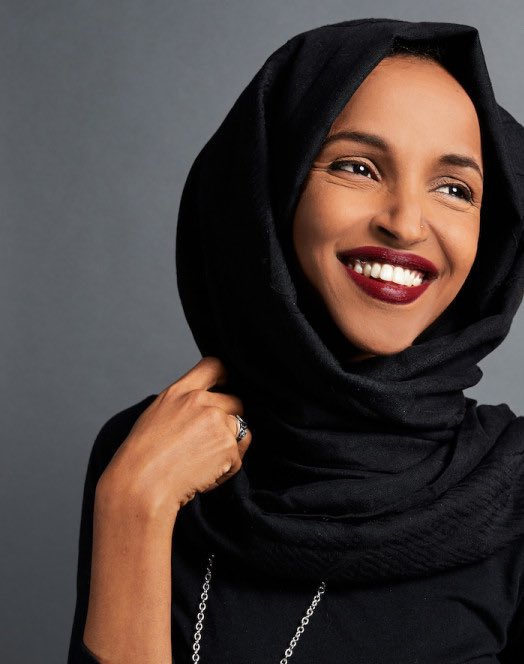 @NickAdamsinUSA
Ilhan Omar is the most anti-American Member of Congress in US History. She's an anti-Semitic terrorist sympathizer!
10 Jun, 07:31 PM UTC

Mac 🇵🇸
@GoodPoliticGuy
Ilhan Omar is 100% correct. The fact that it’s even controversial is a testimony to how propagandized Americans are.
10 Jun, 07:01 PM UTC

싫어
@hermit_hwarang
“How dare Ilhan Omar compare Hamas to the US” yes I agree the US’ wanton violence is categorically incomparable to the worst things Hamas has ever done or ever could do
10 Jun, 01:18 PM UTC 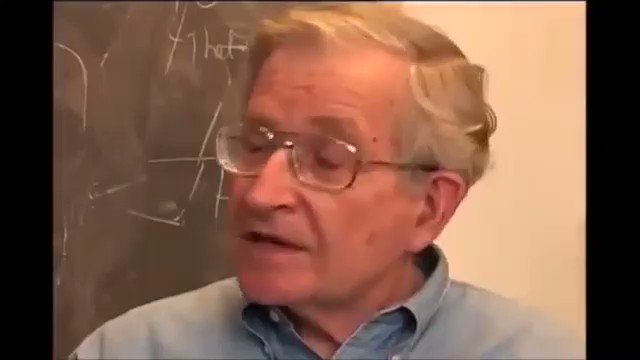 @aidachavez
House Democratic leadership puts out a statement attacking Rep. Ilhan Omar, saying her remark "foments prejudice and undermines progress toward a future of peace and security for all." 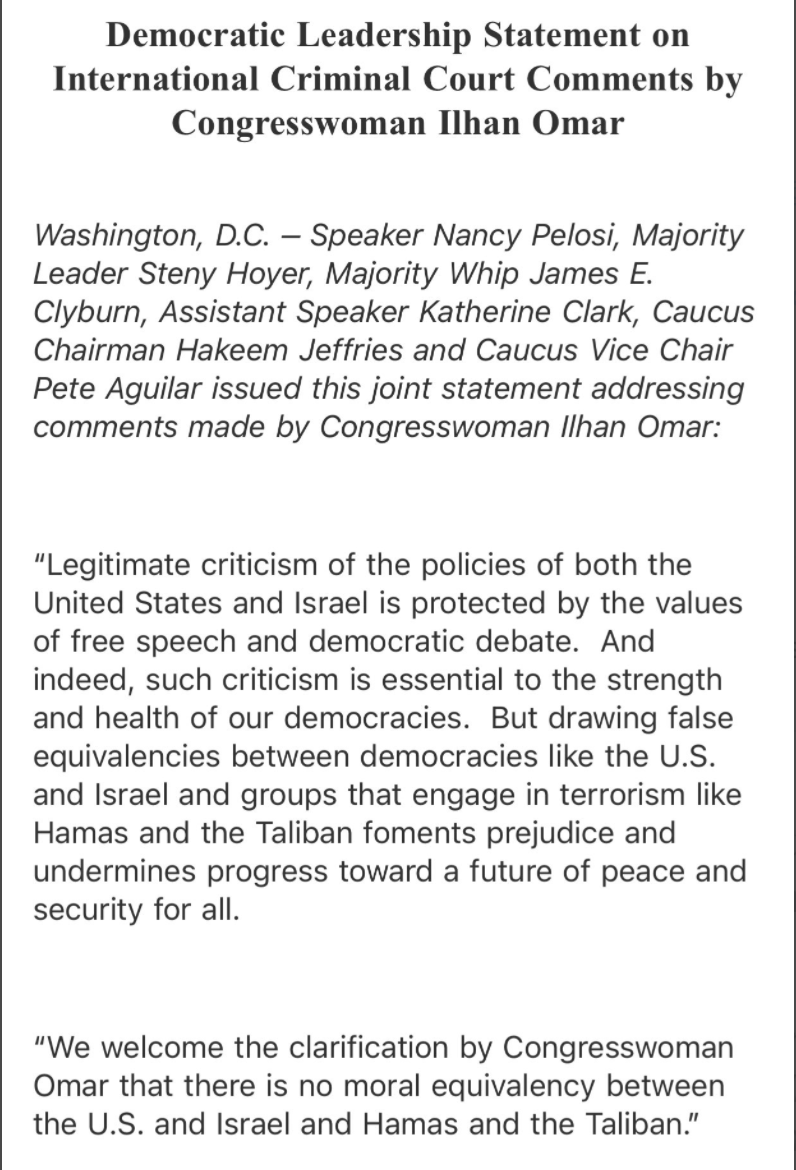 First Words
@unscriptedmike
Ilhan Omar needs to decide. She’s either with Hamas or she’s with us. And if it’s Hamas, she must be removed from Congress.
10 Jun, 05:43 PM UTC

@TalbertSwan
Democrats in Congress are condemning Ilhan Omar for condemning apartheid in Israel and systemic terrorism against black people in America. With ‘allies’ like them, who needs enemies?
10 Jun, 05:22 PM UTC

Mohammad
@MargBarAmerica
ilhan omar didn’t go far enough. america (and by extension israel) have committed more atrocities in their own countries and abroad than isis ever did x1000000
10 Jun, 08:18 PM UTC

@jchaltiwanger
.@AOC rips into fellow Democrats for taking @IlhanMN's comments on the US and Israel's potential war crimes out of context. Omar has repeatedly had her comments on foreign affairs distorted by lawmakers on both sides of the aisle. https://t.co/xNESHfWf8B via @businessinsider
10 Jun, 07:40 PM UTC

Leah McElrath 🏳️‍🌈
@leahmcelrath
The attacks on Ilhan Omar serve to distract from the fact that both the United States and Israel decided NOT to become part of the International Criminal Court. Other states who did not join include: China India Iraq Libya Yemen Qatar And Russia withdrew its signature in 2016.
10 Jun, 05:18 PM UTC

@mVespa1
So, has Ilhan Omar been stripped of her committee assignments yet? No. Dem leaders welcome her to clarify her anti-Semitic remarks about the US and Israel being just like Hamas. She's an anti-Semite. This has been known since the 'hypnosis' tweet.
10 Jun, 06:56 PM UTC

David “HINDSIGHT IS 2021” Walsh
@DavidAstinWalsh
The thing about Ilhan Omar is that she has a *very* different perspective on American empire than the “moderate” former CIA Democratic politician type, and she’s not shy about saying so.
10 Jun, 11:58 PM UTC