#Illini is trending on Twitter. Popular tweets on #Illini. 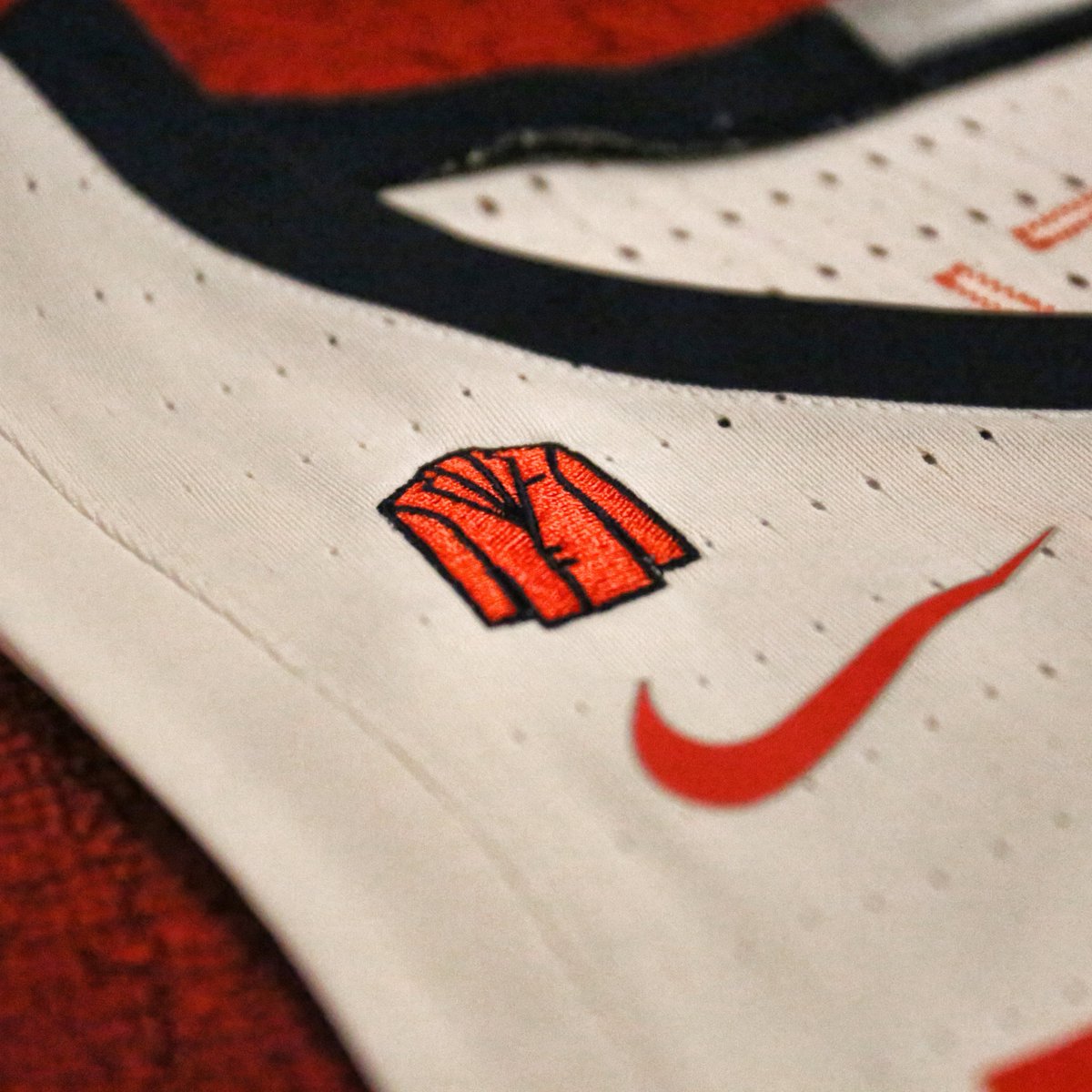 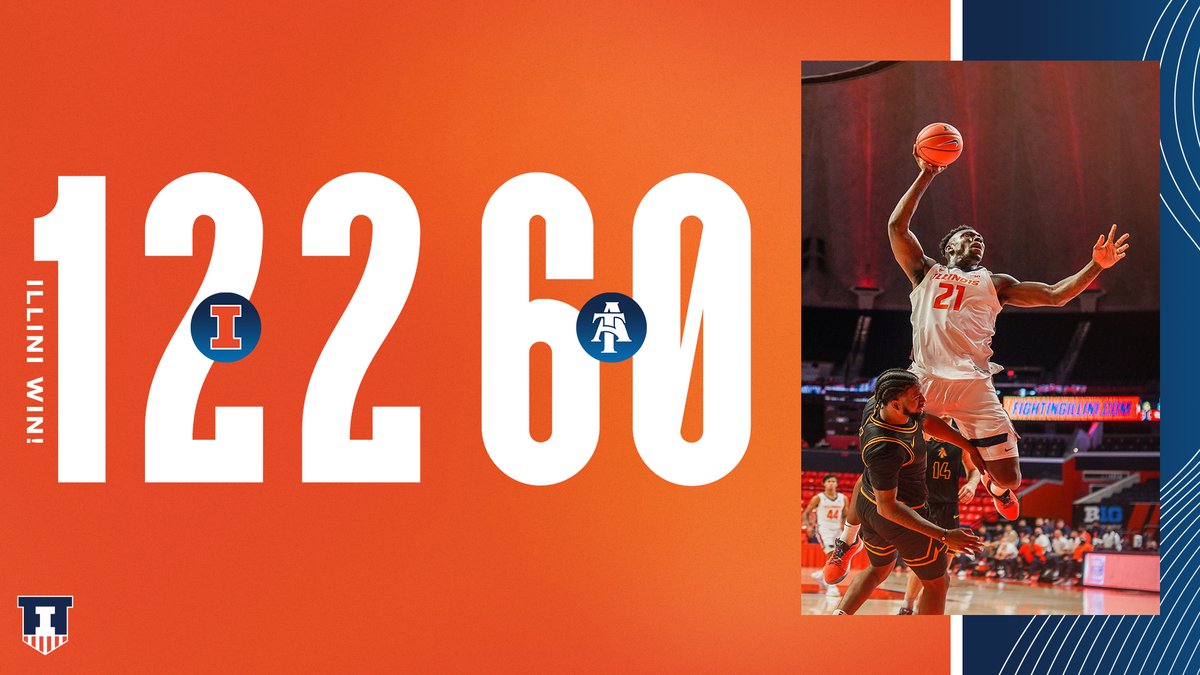 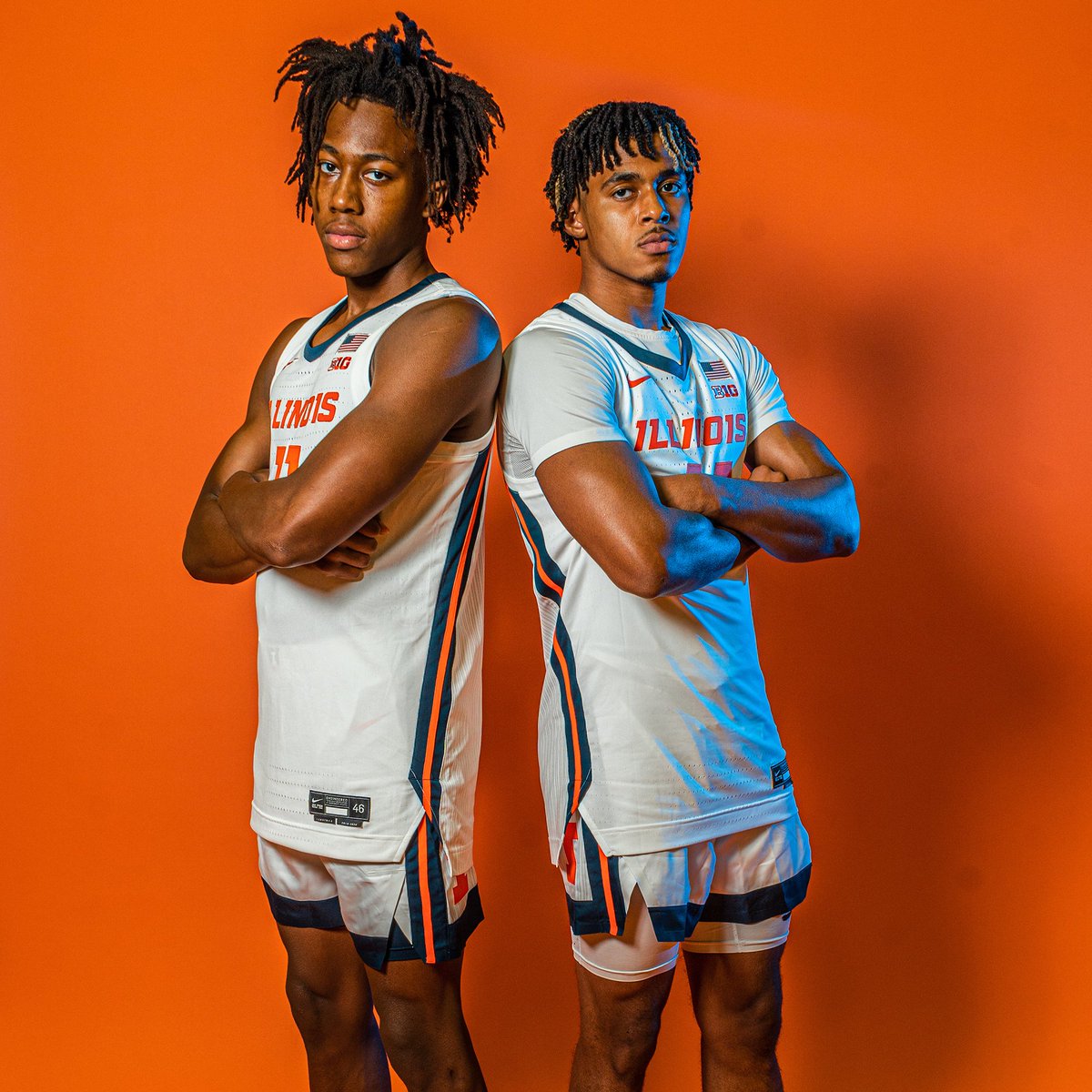 @IlliniMBB
Illinois' 122 points today are the most by a Big Ten team since Penn State set the conference record of 129 points against VMI on December 30, 2006. #Illini | #EveryDayGuys 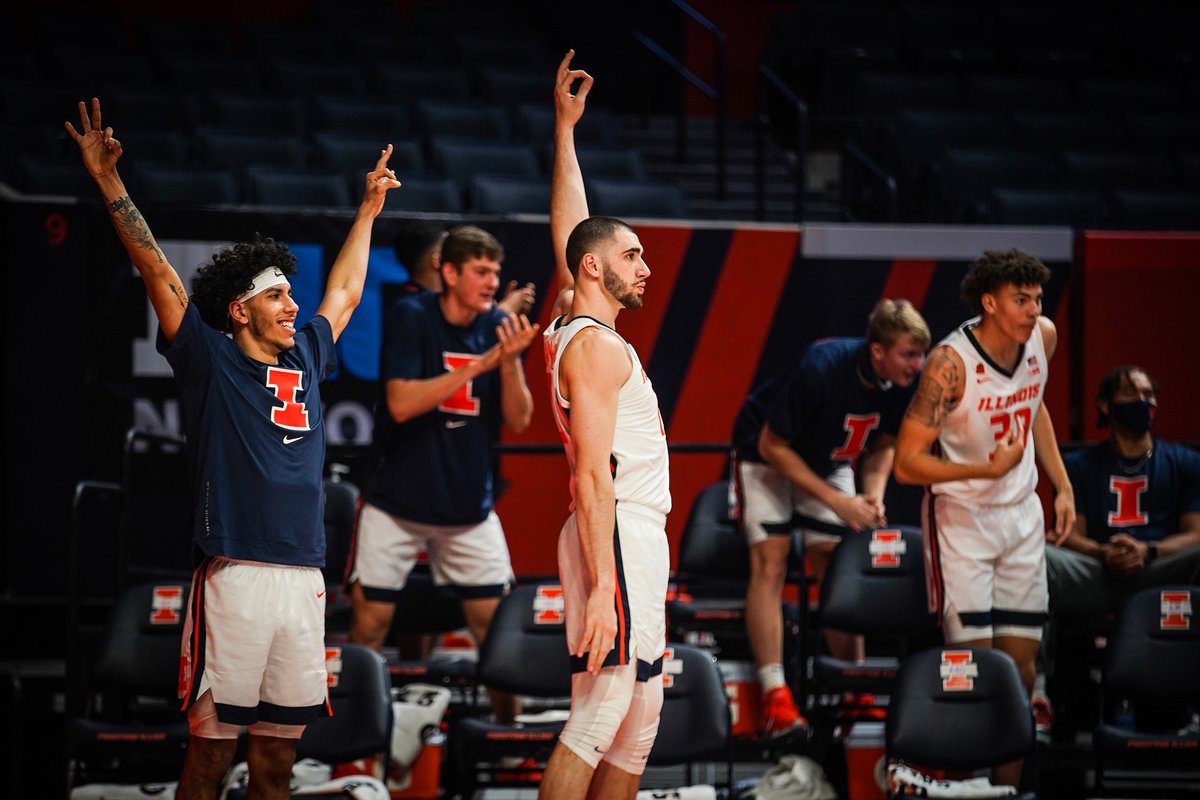 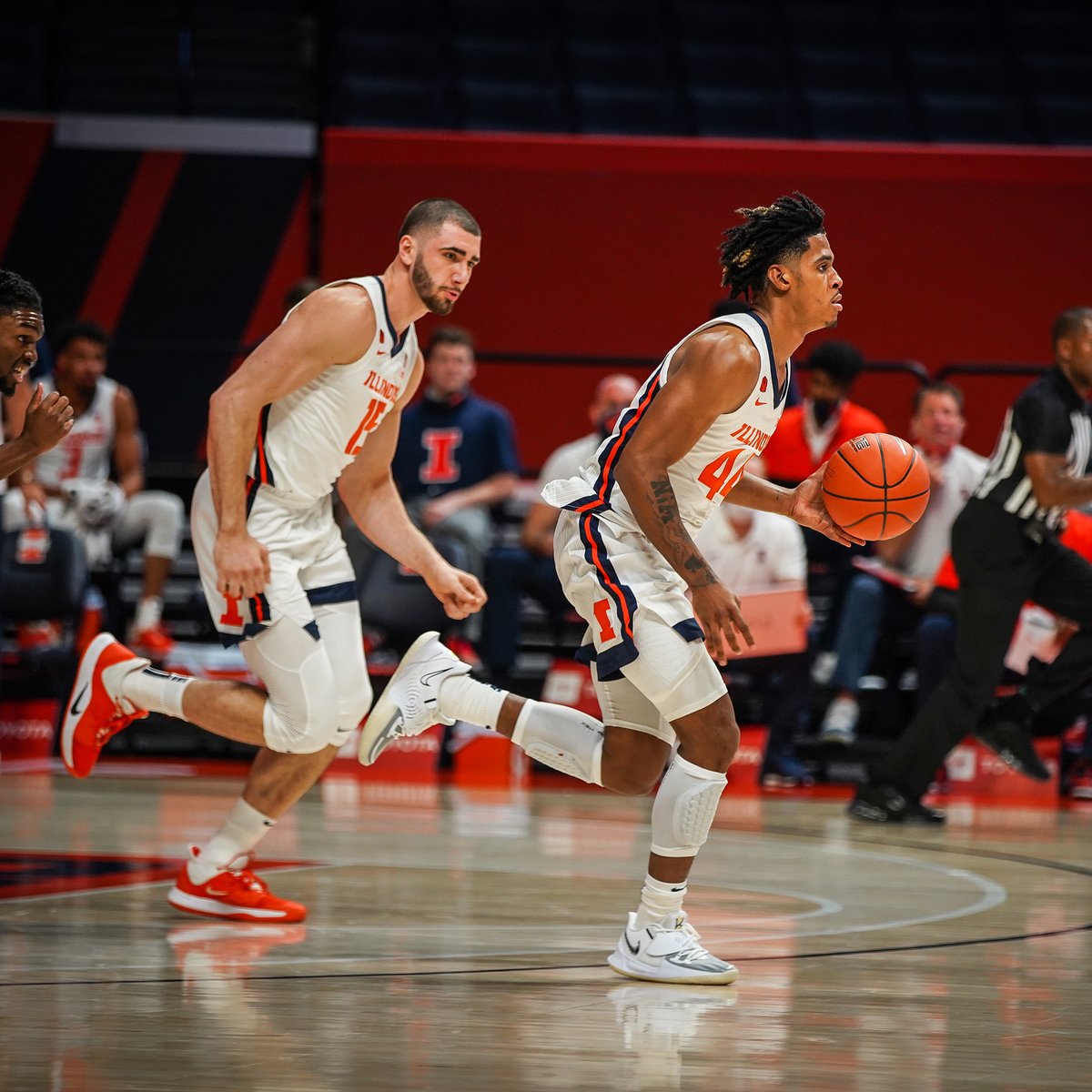 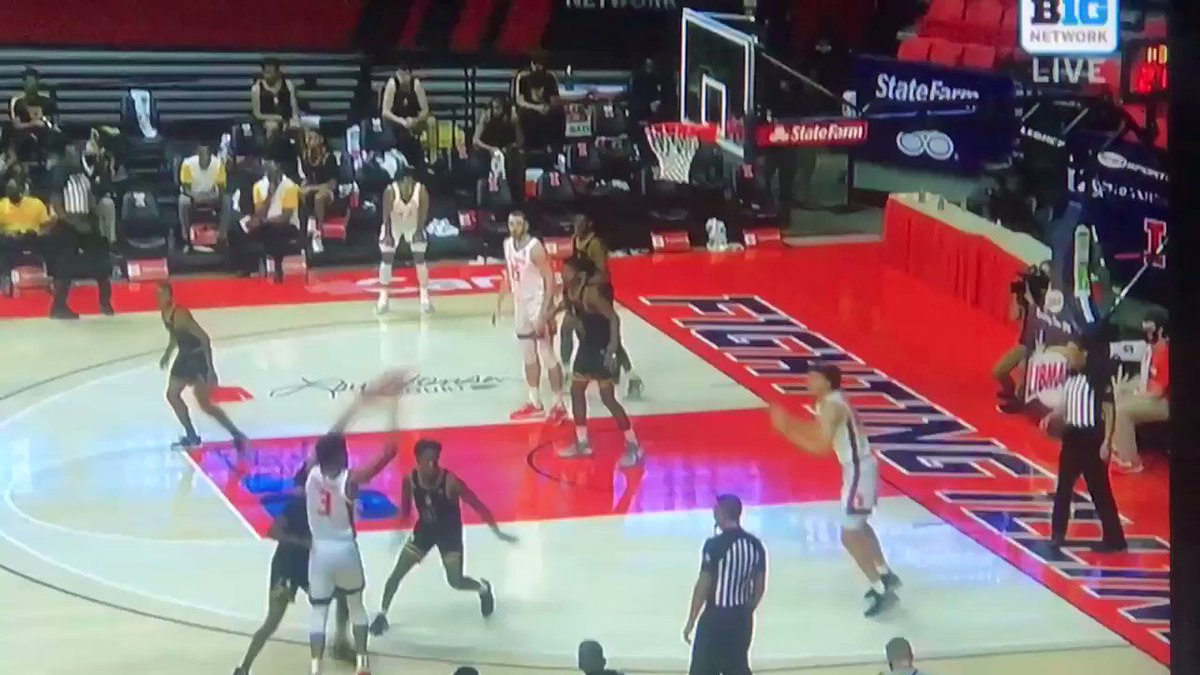 Derek Piper
@DPiper247
#Illini Underwood: It's unbelievable to be back playing. So many people have worked so hard. The players have persevered so much.
25 Nov, 09:36 PM UTC

Jeremy Werner
@JWerner247
#illini Underwood: It's just unbelievable to be back. So many people in program and in the university worked so hard to get to this point. "It was nice to see a different uniform, a different jersey." https://t.co/E9COTIOHvj
25 Nov, 09:37 PM UTC

Ryan Evan
@IlliniPulseRy
Andre Curbelo putting them in the spin cycle and finishing with the up and under left hand? Not fair #illini fans @LuHiBasketball @jcurbelo11 https://t.co/X4JzHjEx1y
25 Nov, 09:24 PM UTC

Jeremy Werner
@JWerner247
#illini Brad Underwood: We get off to a really good start because of a freshman. Thought Adam was tremendous.
25 Nov, 09:37 PM UTC

Derek Piper
@DPiper247
#Illini Underwood: Thought Adam was tremendous early. Thought our defense was good in the 1st half. We were really explosive in transition.
25 Nov, 09:37 PM UTC

Jeremy Werner
@JWerner247
#illini Underwood said he thought his team was a better shooting team than it showed last year and struggled a bit with extended 3-point line, especially Dosunmu and Frazier. But those guys have been improved and Miller, Grandison, Hawkins and Curbelo all are upgrades as shooters
25 Nov, 09:43 PM UTC

Gavin Good
@itsallG_O_O_D
Ayo Dosunmu after a dominant #Illini season-opener: "We know our expectations. We know our ceiling. I think we're nowhere near our ceiling and the whole team recognizes that."
25 Nov, 09:30 PM UTC

Kelli Lutes Best
@KelliLBest
Please, for the love of all that is holy, wear your mask and do all the things. The #Illini are good this year and we NEED a season! 🏀
25 Nov, 09:41 PM UTC

Gavin Good
@itsallG_O_O_D
#Illini coach Brad Underwood: "I thought Adam was tremendous early, and I thought our defense in the first half was really solid. We contested shots at a very high level, that’s one thing we’ve been talking about a lot."
25 Nov, 09:40 PM UTC

Matthew Stevens
@matthewcstevens
#Illini guard Adam Miller after 28 points in 122-60 win over North Carolina A&T: "I've always been labeled a shooter even though I think I'm more than that." "It shouldn't be a surprise if I go out and put out numbers like this."
25 Nov, 09:33 PM UTC