@RBReich
He incited an attempted coup last Wednesday. Today the House must impeach him. By Friday, the Senate must convict him. He must be out of the White House minutes later. Then he must be tried for his crimes. #impeachmentDay
13 Jan, 04:48 PM UTC

Eimear
@eimzcaomhanach
Per @MSNBC, Republican Senate staffers are telling their bosses that if they don’t vote to convict Trump, they will resign en masse because they were also the ones barricaded in offices, hiding under desks, fearing for their lives for hours on end #ImpeachmentDay
13 Jan, 11:20 PM UTC

Nick Harvey
@mrnickharvey
I’ve fixed the music on this. Sound on. #ImpeachmentDay 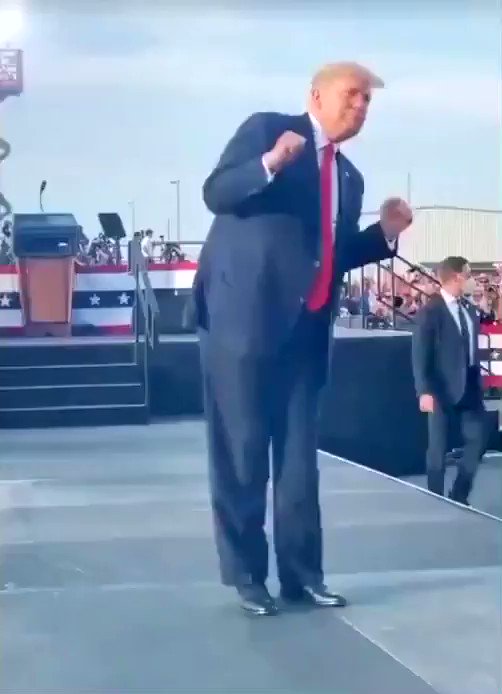 Aaron Black
@BlackCatUnloads
My grandfather somehow fought his way our of the Warsaw ghetto and survived the holocaust. The amount of hate, death and self serving bullshit that has come from this President for ego and personal gain is similar to what he saw when the Nazis rose to power. #ImpeachmentDay
13 Jan, 03:00 PM UTC 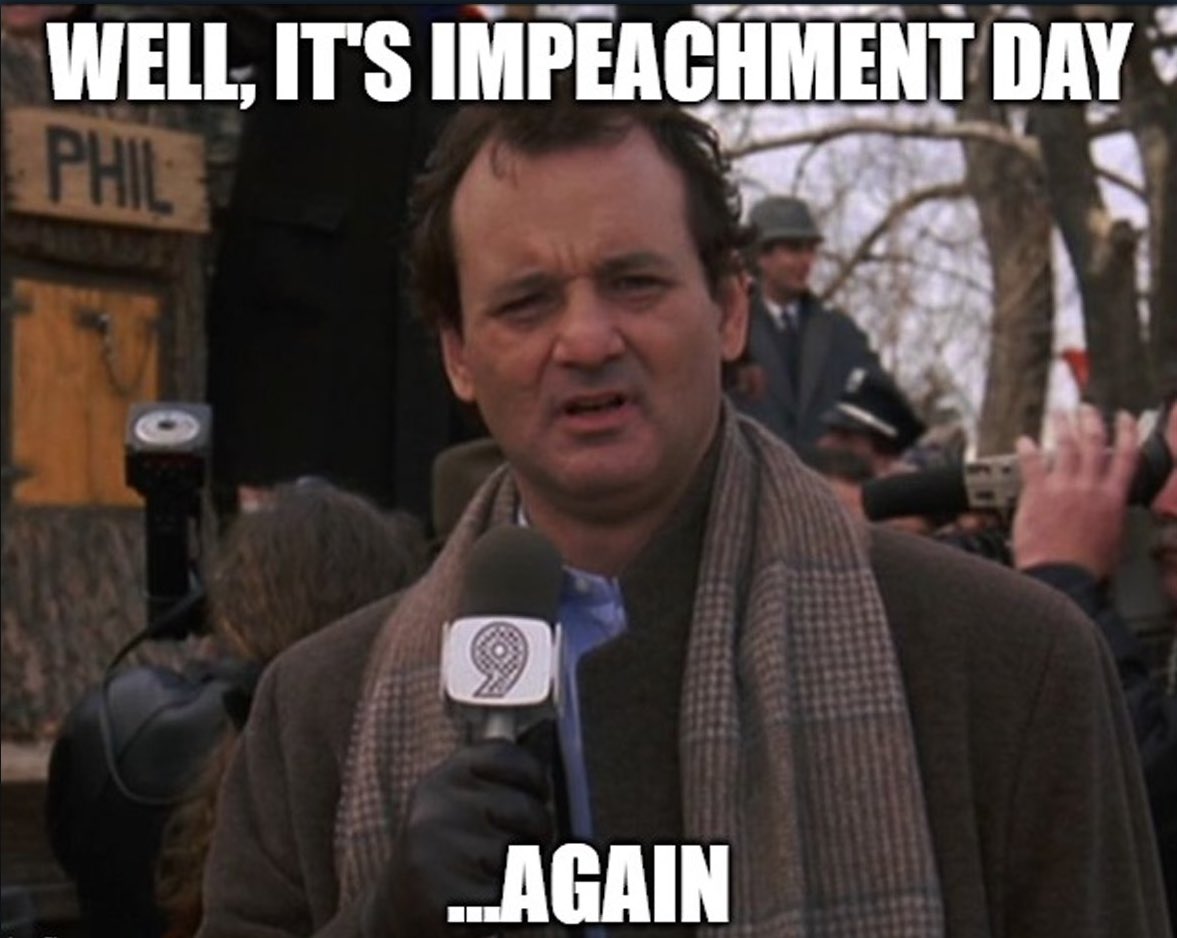 @JohnFugelsang
I'm watching reps who voted to throw out millions of US votes 1 wk ago; complaining that accountability for lies & violence will divide our country bc the election is over. #ImpeachmentDay
13 Jan, 07:02 PM UTC

@larryelder
Hey, Dems, there are 6 days left. More than enough time for another impeachment. Trifecta! #ImpeachmentDay #TrumpDerangementSyndrome
14 Jan, 02:05 AM UTC

FIRST TO FIGHT 🇺🇸
@FaktCzech
Why would anyone vote REPUBLICAN ever again? #GOPComplicitTraitors #ImpeachmentDay Lord of the Lies #ImpeachedTwice Damn Trump

Aaron Black
@BlackCatUnloads
Our disgraced Dictator and loser of the Presidential election Donald J Trump, has been impeached twice now. It is clearly time for him to be tried and convicted. he also needs to face criminal charges and be locked up for the rest of his life. #ImpeachmentDay #AmericaOrTrump
13 Jan, 09:23 PM UTC @davidmweissman
I cant find the tweet where she complained about not being able to carry a weapon to the House chamber but Lauren Bosbert literally put the Speaker’s life in danger as well as the lives of her colleagues during the #insurrection. This should not be ignored. #ImpeachmentDay 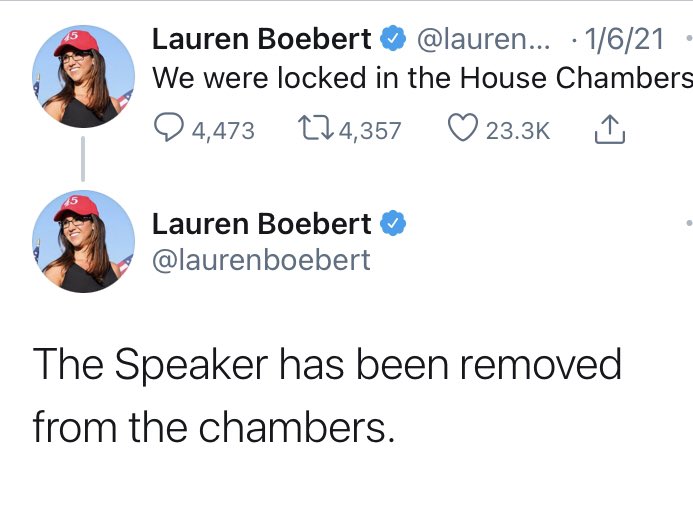 MURRAY🧢🇺🇸
@murray_nyc
Hillary Clinton tried to warn America about Donald Trump 4 years ago. 2 impeachments later, and an insurrection on Capitol Hill, it's safe to say she was right! #ImpeachmentDay
13 Jan, 10:34 PM UTC 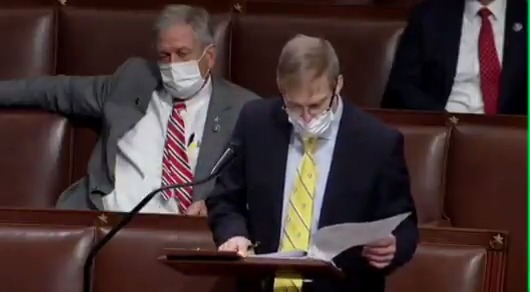 @grantstern
House @SpeakerPelosi just finalized the second impeachment of Donald J. Trump with the stroke of her pen at tonight's engrossment ceremony with brief remarks and introduction of the House Impeachment Managers. There is nothing left to say. We are all witnesses. #ImpeachmentDay 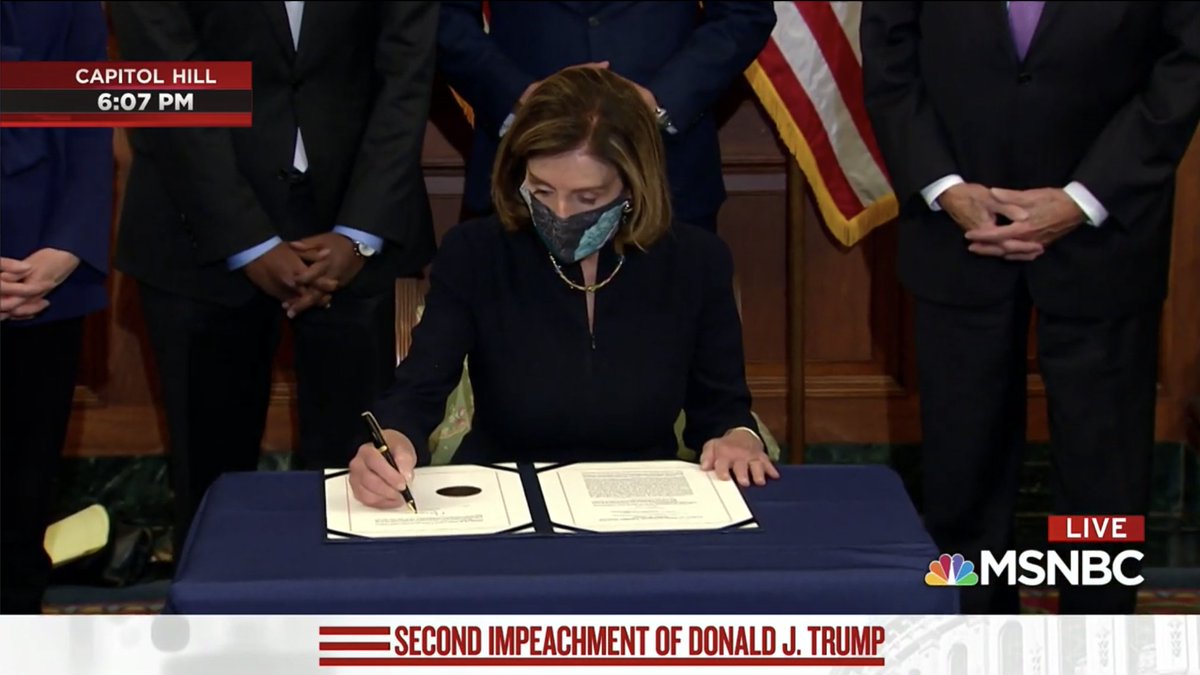 Jake Lobin
@JakeLobin
An Officer bleeds out next to TRUMP insignia. And yet... Only 10 Republicans think Trump incited this Domestic Terrorism. When asked #AmericaOrTrump, the House Republicans overwhelmingly cast their ballot for Trump. Sickening & disgraceful. #ImpeachmentDay #TrumpImpeachment 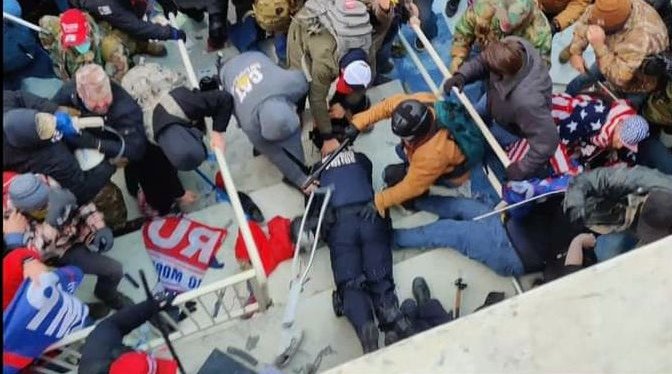 D. Earl Stephens
@EarlOfEnough
🖊️There isn't a political leader in our nation's history who hasn't made some bad decisions. 🖊️But I reckon there are very, very few who have made as many good and consequential ones as one Nancy Patricia Pelosi. 🖊️On this #ImpeachmentDay I am very, very thankful for her. 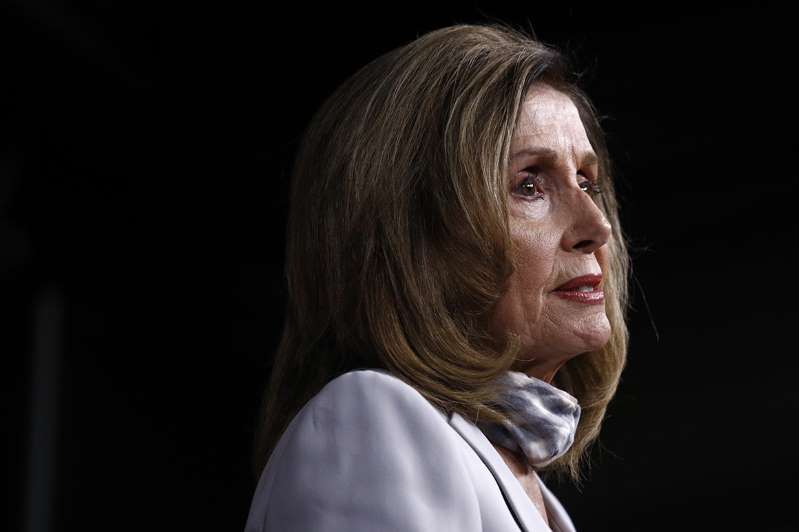 @davidmweissman
Holding a President accountable for breaking the law is not an infringement of your voting rights. #ImpeachmentDay
14 Jan, 05:35 AM UTC

@larryelder
Larry Elder Show: Not ONE Democrat Stood Up Against Impeachment?!? NOT ONE?!? https://t.co/3rJX1sabjL #ImpeachmentDay #TrumpDerangementSyndrome #WeveGotACountryToSave
14 Jan, 04:44 AM UTC

@thehill
Rep. Steve Scalise: "I've seen the dark evil of political violence firsthand. And it needs to stop. But all of us need to be unequivocal in calling it out every single time we see it. Not just when it comes from the other side of the aisle." #ImpeachmentDay 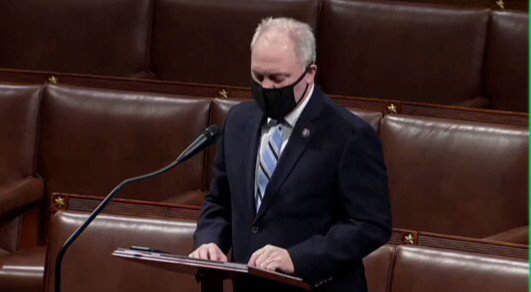 Kev
@Anhonestview1
I didn't think I'd get to use this meme again over a year later 😂 #ImpeachmentDay #Impeach https://t.co/LzcBKa4z8G
13 Jan, 11:09 PM UTC