Lakota Man
@LakotaMan1
To hell with Marjorie Taylor Greene. Only America’s Indigenous community has the right (though we never do) to tell someone to, “go back to their country,” — wouldn’t you agree?
23 Jun, 06:33 PM UTC

Elochukwu Ohagi
@ElochukwuOhagi
Dearest @UN, Recently Nigeria president granted an interview with @BloombergAfrica and in that interview, Nigeria president claimed that indigenous people of Biafra are destroying Oil Pipeline, reason they can't pump oil to the world. This is a lie that should be looked into.
23 Jun, 08:44 AM UTC

anu
@AnuheaNihipali
ezra miller is so scary bc they literally came to hawaii pretending to care about us native Hawaiians, protested at our events, and then proceeded to terrorize our population and kidnap an indigenous minor. “allies” can be so delusional
23 Jun, 08:26 PM UTC

Shaun Rein
@shaunrein
There's also difference between China & Canada. In Canada the govt banned indigenous Canadians from learning their own languages while in China Tibetan is taught in school I've seen & heard it Just because the US & Canada engaged in cultural Genocide doesn't mean China is https://t.co/wS9mL65jwD
23 Jun, 04:32 AM UTC

Arrianna Marie Planey, MA PhD
@Arrianna_Planey
How does one talk about "health equity" while refusing to wear a mask amid a pandemic that is disproportionately killing Black, indigenous, Latinx, and Pasifika people? And at younger ages, too!
23 Jun, 03:09 PM UTC

Delores Schilling
@DelSchilling
I have been tweeting this every day. Will you join me? Over 5700 Missing and Murdered Indigenous Women #MMIW https://t.co/V9tm09ZzIS
23 Jun, 05:55 PM UTC

@AJIunit
A world-famous gorilla park is accused of running a violent campaign against the Indigenous community in Africa. The I-Unit obtained photographs of mass killings that allegedly occurred @ParcKahuziBiega. We discuss conservation and the killings with @RadicalMzungu and @Survival. 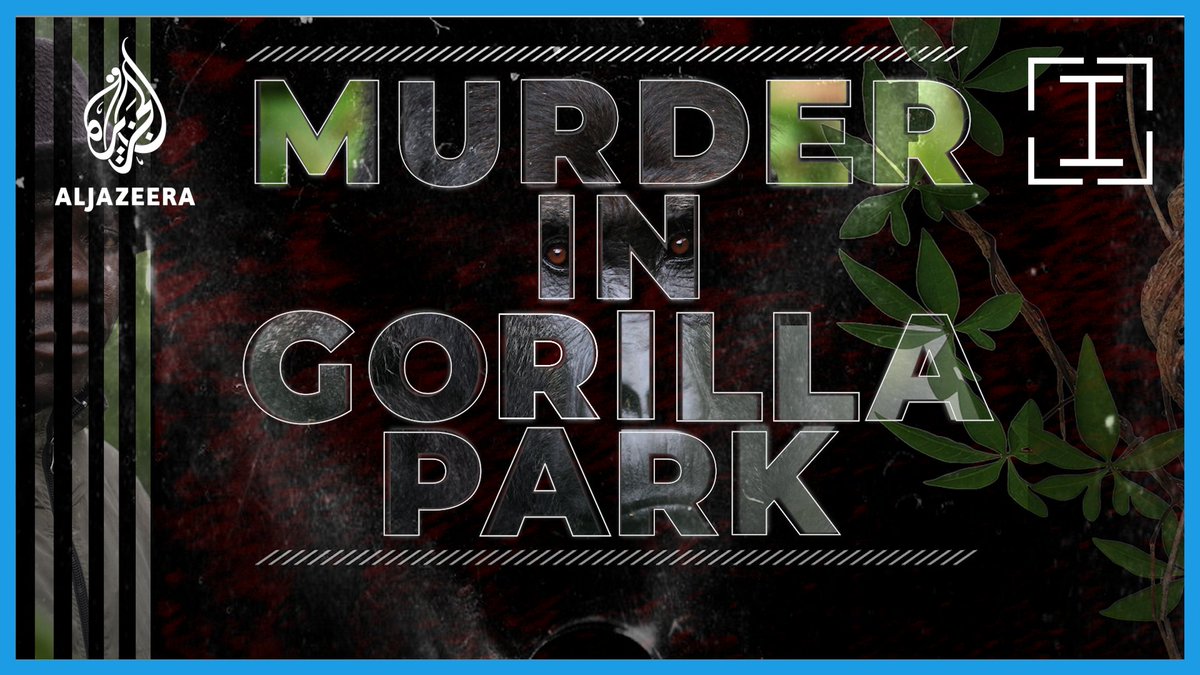 teleSUR English
@telesurenglish
#Ecuador | After 11 days of mobilization, hundreds of Indigenous people gather at the House of Culture (Casa de la Cultura), a place that was under police and military protection for over a week. #ParoNacionalEC #ParoEcuador2022 #paronacionalecuador2022 https://t.co/qlEAvt0DSA
23 Jun, 07:50 PM UTC

1.58m of awesomeness - Kim Tairi
@kimtairi
Mānawatia a Matariki! It is momentus that Aotearoa finally has an indigenous public holiday. Congratulations to all those who made this happen. ♥️ https://t.co/nzw1NwJYah
23 Jun, 09:48 PM UTC

BeadsAgainstFascism
@beadagainstfash
PrideTO has TD as a sponsor, who fund pipelines and colonization of Indigenous land, and they're holding their Pride afterparty in Allan Gardens, a place majority populated by unhoused and precariously housed Indigenous people. Super fucking lovely. Each year you hit a new low 🙃 https://t.co/EFt05pgRH1
23 Jun, 11:13 PM UTC

🌟Moon Bear🌟
@Mad_Makwa
If you as a non native support landback but don't do anything to show that support the very least you should do is give donations to indigenous people losing their homes, one of the ways we can get landback is by housing indigenous people like @shotheekwe has been doing
23 Jun, 08:33 PM UTC

Sall Grover
@salltweets
@VersoBooks I’d say the key for understanding feminism at the intersection of class and race is to start by not calling indigenous women “womb carriers” and you shouldn’t need a whole text to explain why.
23 Jun, 10:38 PM UTC

@AFP
The death toll from 11 days of Indigenous demonstrations in Ecuador over fuel prices has risen to three, a rights group said Thursday, after another protester died in clashes with police https://t.co/Xou4ldzkcZ 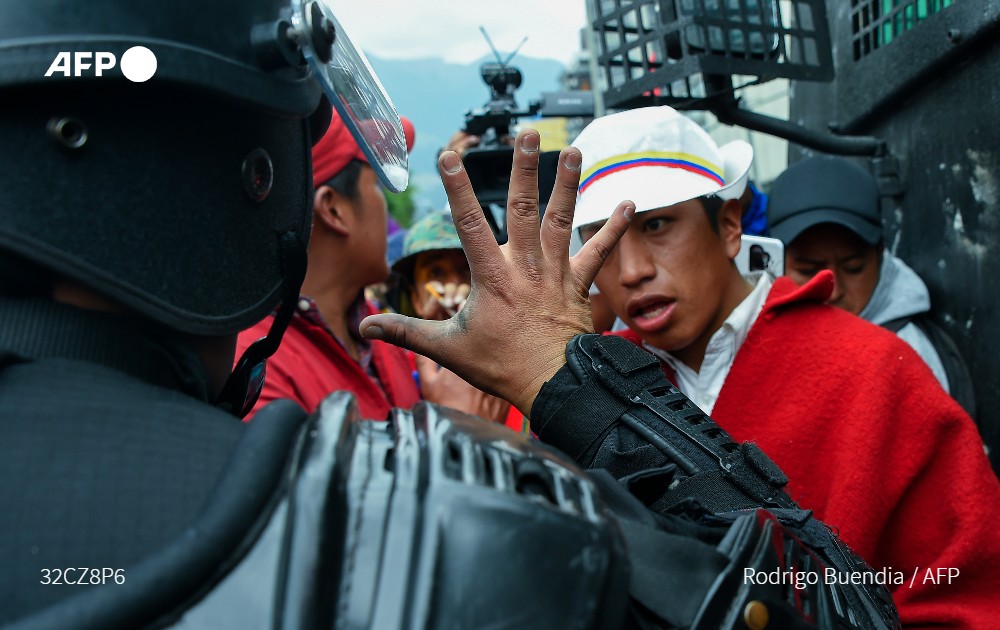 Jennifer Elle
@jenniferelle_
@Puglaas So much appreciation for you Jody. Your courage is so admirable. Your book and your who you are paved the way and gave so much hope and strength to fellow Indigenous women. ❤️❤️❤️❤️
23 Jun, 10:43 PM UTC

Dragon Heart
@ObservationsG
Should be that if you are not at least 50% indigenous, you cannot jump on the gravy train like himorroble Lydia did. She's only 5% of fuck all indigenous , not really indigenous at all.
23 Jun, 05:57 AM UTC

@PABLOJIJON
@JamesMelville Dear James, we are in a state of chaos due to Nazi policies imposed by President @LassoGuillermo, agriculture and cities in economic bankruptcy; the Indigenous People are bravely resisting the barbaric repression of the Police and the Army. Cc:@Pontifex_es @CIDH #Ecuador
23 Jun, 05:02 PM UTC

National Geographic Pristine Seas
@NG_PristineSeas
This summer, we are thrilled to be launching a two-month expedition to priority marine conservation sites in Canada in collaboration with Indigenous and regional partners and @Oceans_North. https://t.co/7S0YVqNw1g
23 Jun, 01:03 PM UTC

Ingrid M
@iMusing
yes, Senator Thorpe has invited Senator Price to the Black caucus, to be part of the work being done on missing and murdered Indigenous women, on the UNDRIP. Colonisation is ending, says Thorpe, and “we need to be talking about a republic going hand in hand with Treaty”.
23 Jun, 10:45 PM UTC

Leland Hermit
@AngeloBCollie
Chucklehead @RepBoebert sits on the Subcommittee on Indigenous Peoples of the United States. She does nothing to represent issues important to Indigenous Peoples. She argues against them. https://t.co/Cv2hYJKVUD
23 Jun, 09:27 PM UTC

@HistoricaCanada
There are around 70 distinct Indigenous languages in Canada! Sadly many have been lost, though there are continued efforts to revitalize and sustain these languages. Take our hard quiz to find out how much you know about Indigenous peoples: https://t.co/44MJ3frPbW 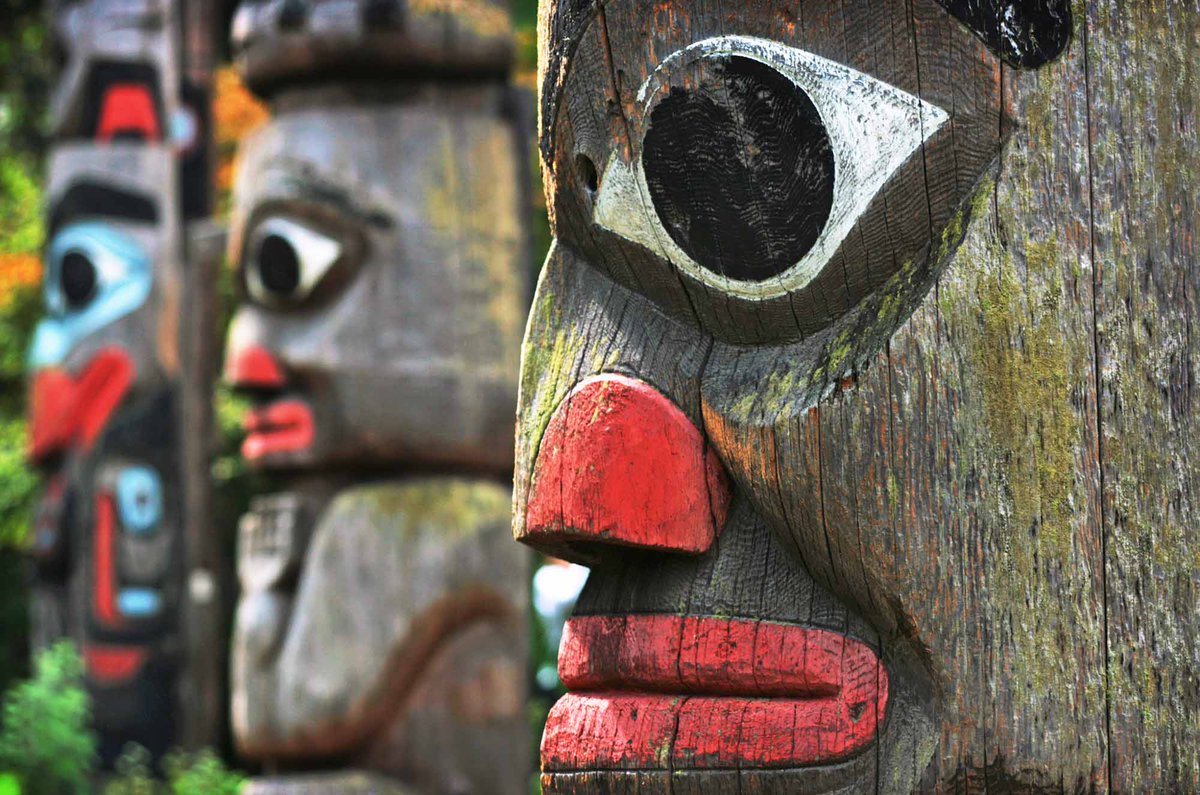 FOR THE CHiLDREN
@SiRiUSPEDiGREE
Why is Louis Vuitton pretending to be down with indigenous people when they know damn well they need indigenous ppl to remain colonized in order for their commercial identity to hold the same weight.
23 Jun, 11:20 PM UTC

Barbara Low
@BarbaraXLow
Hopes for the best outcome for the People. Reminder: #BasicIncome is one of the recommendations arising out of the Inquiry into missing/murdered #Indigenous Women and Girls. #MMIWG https://t.co/yz9PvEwXSG
23 Jun, 11:06 PM UTC